I’m looking forward to 2016, but it’s also fun to glance back at the previous year. I reviewed all my Instagram photos from the past 12 months, so here’s a photo flashback of my New York life in 2015.

WINTER
Snow was abundant last winter, and it was freezing for weeks on end. Snow is fantastic in New York, so the beauty almost makes the cold tolerable. Well – almost.

And just when you thought you’ve had enough, snow comes knocking yet again.

Frigid weather warrants comfort food, like cheese from Zabars. So many cheeses, so little time.

And cocktails warm the soul, of course.

Some days and nights were too cold to leave home (real feel was subzero), but life goes on in the big city.

And then New York Fashion Week arrived. Lauren and I went to an industry dinner at Fogo de Chao. What a fun night!

But despite the glam, it was still winter. In fact, the Hudson River was frozen solid.

And unbelievably, it snowed again as I walked through Times Square.

I had to get out of my winter funk, so an egg cream was in order. Lexington Candy Shop does an awesome vanilla. I highly recommend.

An YSL + Halston exhibit at FIT surely lifted my spirits as spring was on its way.

SPRING
Bergdorf Goodman’s spring windows put me in a warm-weather state of mind.

Away with the down coat to a lighter suede. One weekend in the Theater District, I stumbled upon these two handsome fellas!

In New York, daffodils ensure us that winter has come to an end….finally.

And when the trees began to pop, the city feels like heaven.

Walking around downtown was a pleasure. All the snow and ice had disappeared.

Then I was off to the wild, wild West for nine days. We started with a Bat Mitzvah in Tucson.

Followed by a few days in Sedona. Look at this red rock!

And we were so close to Palm Springs, so why not?

The Colony Palms is one of my favorite hotels I’ve ever stayed in. Great retro vibe and it’s located minutes from downtown Palm Springs.

Back to NYC for a few weeks. Every tree and flower seemed to be in full bloom.

My pasty, wintry skin was gone, and at last I had some color. May is a great time to browse Yuta Powell’s boutique on the Upper East Side.

I received an invitation to Stars in the Alley, a pre-Tony performance highlighting the Broadway shows of the season. My niece, Jesse, was visiting so I took her along as my guest. We entered a contest to win tickets to the Tonys and my name was selected!

And so off to the Tony Awards we went. 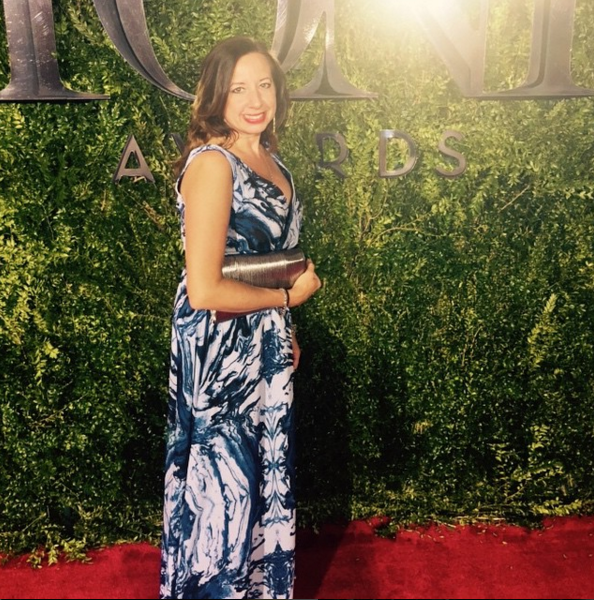 SUMMER
Mike and I spent most of June out on the North Fork of Long Island, which also happens to be one of my favorite places in the world.

Beach, wine, and even a rainbow….

And then we were off to Callaway Gardens, Georgia to see Mike’s cousin, Sydney get married. It was a spectacular southern wedding! 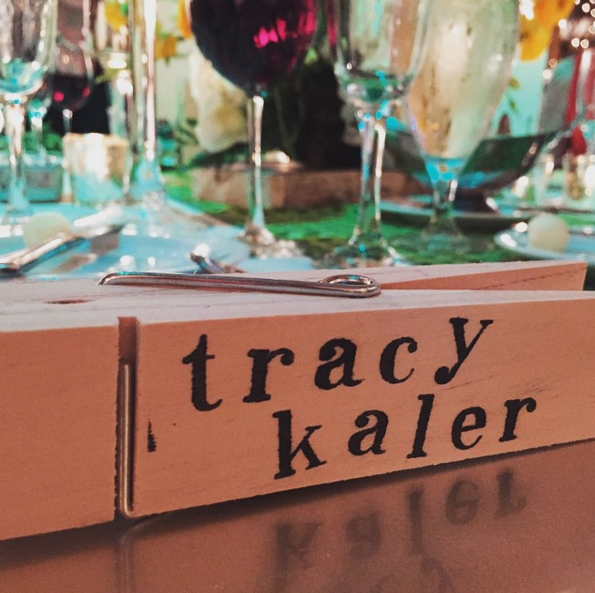 From there, we headed to Atlanta and hung out at some of our favorite spots for nostalgia’s sake. We ate sushi at Harry and Sons, a place we used to go a million years ago when we were dating.

Now, back to New York for a while to enjoy the rest of the summer. 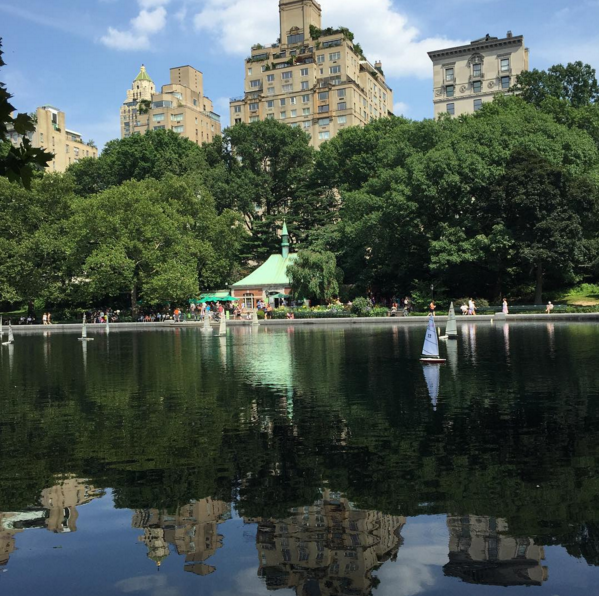 Mike and I have a passion for a great burger, so one night we tried Jones Wood Foundry and were not disappointed. They do an amazing, juicy burger. 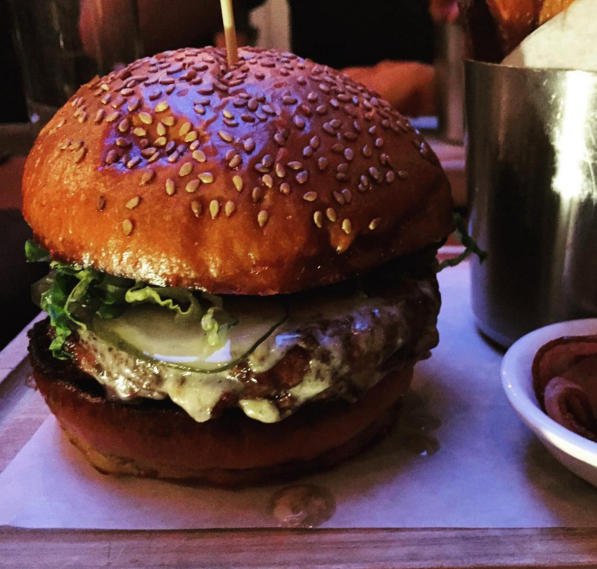 I hosted a Fresh Direct brunch in my apartment. I was in bread heaven…literally. 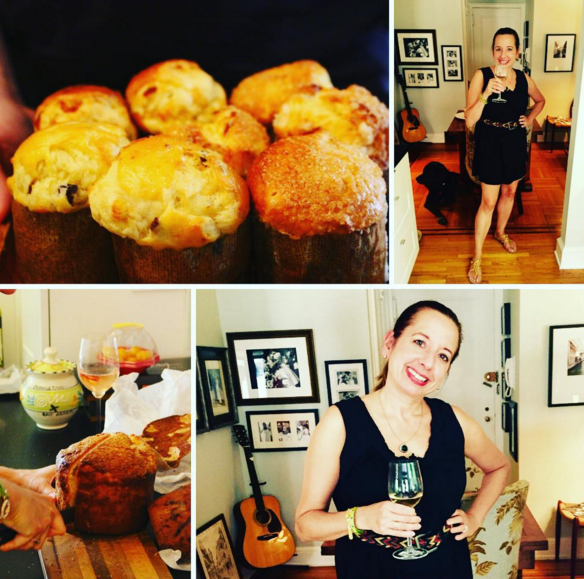 I rode the subway downtown to tour One World Trade for the first time.

The hub was under construction, so I had to wear a hard hat and goggles. I got to tour behind the scenes and that was super cool. 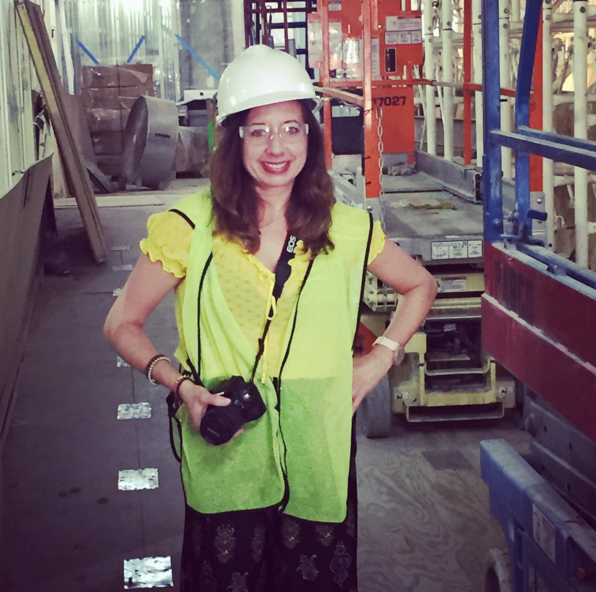 I was happy to see downtown flourishing. The neighborhood has made a complete transformation since 9-11.

Tennis, anyone? I attended the US Open for the first time ever. I will definitely return.

Still holding onto summer, I attended Mary Pflum Petersen’s White Dresses book party, which meant I got to buy a white dress and help promote her memoir.

September is one of my favorite months. Why? Because my birthday falls in the middle! Mike and I had cocktails at Nougatine, also one of my fave bars in town. I bid goodbye to summer, but I was excited to watch fall arrive in New York.

Back out for a day on the North Fork to taste some wines and chill.

Then off to Washington Heights for a day, and a gorgeous day it was.

And while I’m exploring other neighborhoods, why not Williamsburg?

No matter where I go, I always feel good returning home to my nabe.

Lauren and I went to a performance of On Your Feet on Broadway, and WOW! What a spectacular show and an inspiring story.

And now, this is what I’m talking about. Autumn in New York. 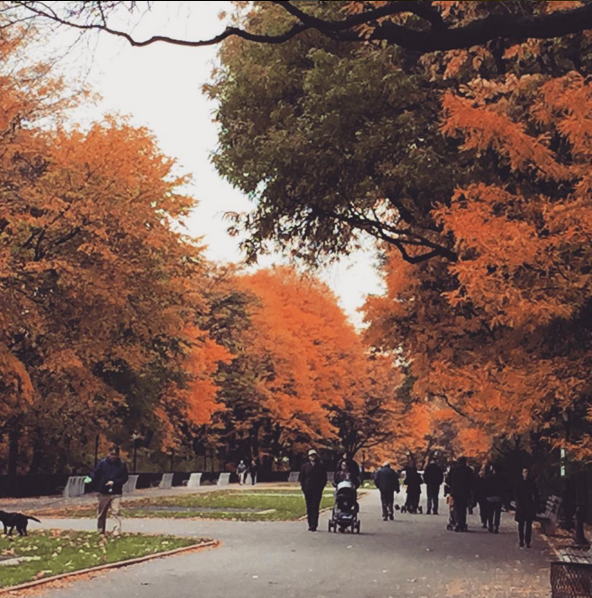 November was here, and I was off on a press trip to Quito and Cuenca, Ecuador. I had a magnificent time. 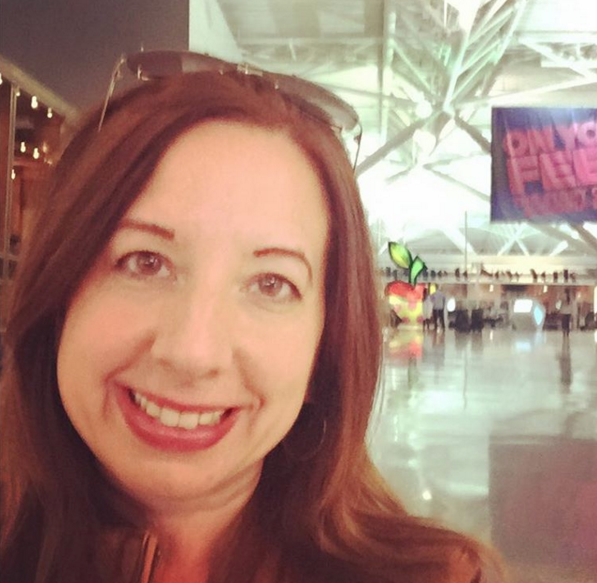 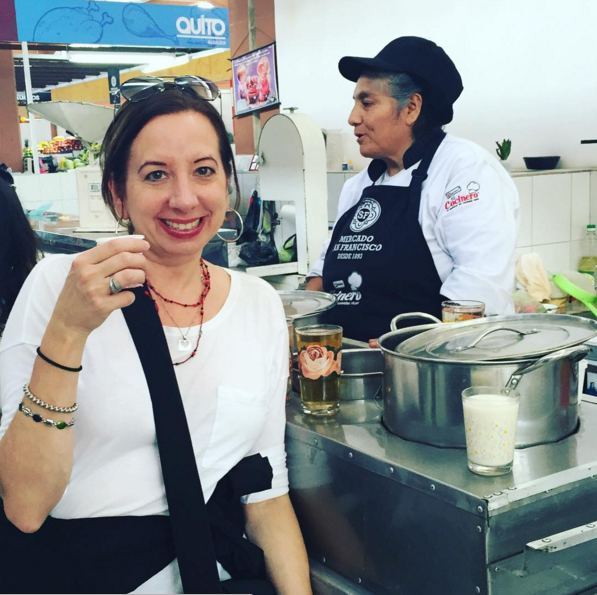 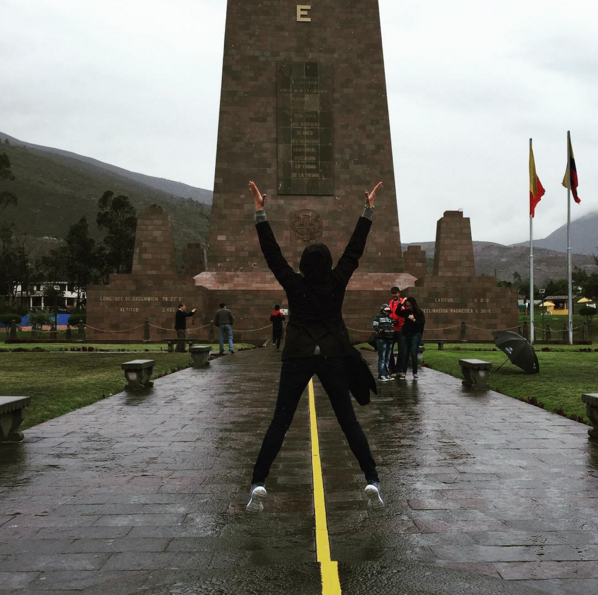 Back in NYC and I managed to squeeze in a little leaf peeping. 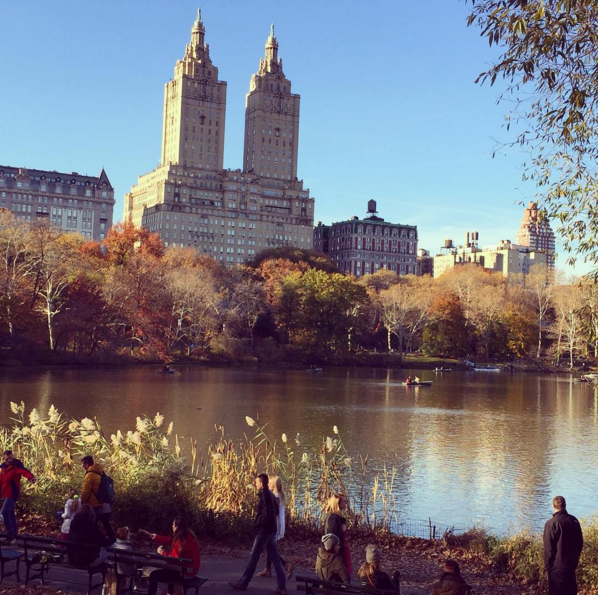 Stephanie Crocker and her sister, Lavena, came to NYC for a few days. We hung out and had tons of fun.

HOLIDAY
I like my holidays to begin with Bergdorf’s windows.

And the Macy’s Parade, of course!

My friend Heather and I try to see a Broadway show during the season. This year? Kinky Boots! Wayne Brady dazzled as Lola –– the most fab drag queen ever.

Mike and I spent Thanksgiving together in the city since I had just returned from a trip and he was about to go on a trip the week after. It was nice and quiet. And the city looked festive, as always.

We had an awesome night at Mike’s work holiday party. The space was near the Empire State Building, so we had a stunning view from the roof.

The weather was unusually warm for December, but the sunsets were unbelievable almost every day. 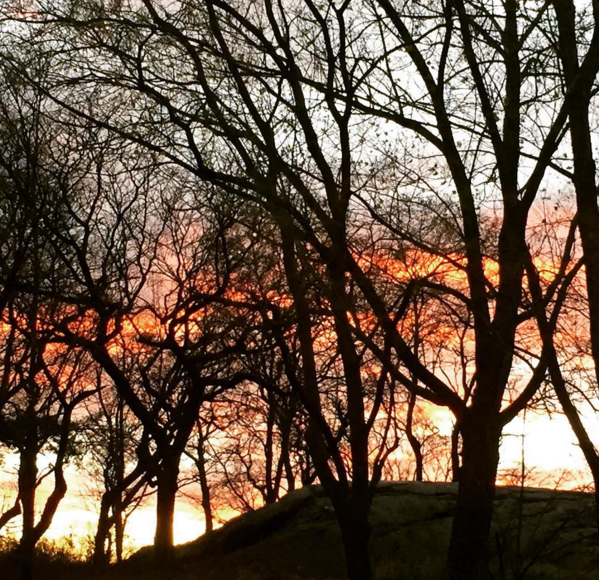 We spent a few more days out East in Peconic, and ate some delicious local shellfish. And drank local wines too. 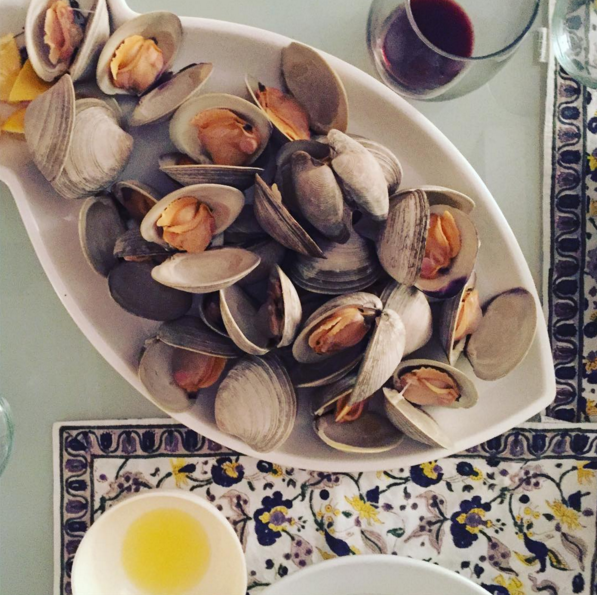 Mom and I went to 54 Below to see Michael Feinstein and he was fantastic. We’d seen him about 20 years ago, and I swear he sounds better now than he did then.

New Year’s Eve! Mike and I rode the 1 train to the West Village to board the Hornblower Esprit at Pier 40. 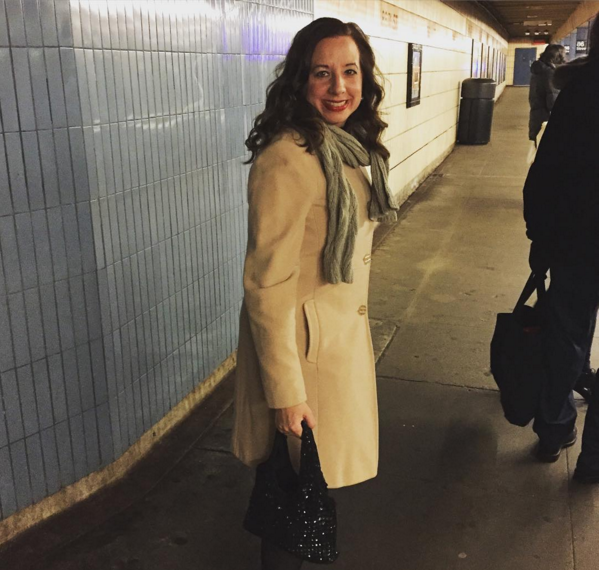 Our evening on the Hornblower cruise was one to remember. Goodbye to 2015, and cheers to 2016! It’s going to be a good one, I can feel it.