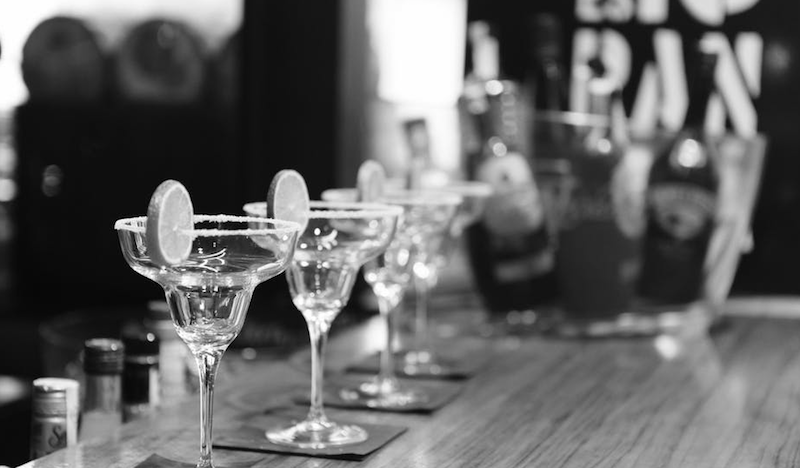 Watching a movie in a theater can be a transformative experience. The lights dim as the moving picture begins to play out on the big screen. All worries subside, and for the next two hours, give or take, you are fully immersed in the story unfolding before you. That is the magic of cinema. Oh, and let’s not forget about the snacks and drinks, because they are a big part of the film experience. NYC movie theaters that serve food and cocktails continue to pop up (following in the footsteps of Nitehawk Cinema in 2011), offering menus that go far beyond the standard fountain soda, popcorn, and Milk Duds. The next time you want to drink and dine while watching a movie, try any of these theaters in NYC.

Originating in Austin, TX, Alamo Drafthouse began out of the desire to make a place where people could watch movies while enjoying food and beer. With numerous theaters across the US now, Alamo Drafthouse opened its highly anticipated Downtown Brooklyn location in October 2016. In addition to a regular screening schedule, Alamo Drafthouse hosts a signature series with cool events like After Tea that pairs tea and treats with period films, and Movie Parties that actually invite guests to yell out favorite quotes. You have your pick of poison with a dense drink menu that includes classic cocktails, wine, and an impressive list of local draft beers. If you’re hungry, choose from salads, sandwiches, hummus, flatbreads, and more.

For an intimately unique cinema experience, head to Videology in Williamsburg. Dubbed as a micro-cinema, Videology offers full food and drink service in a 40-seat screening room. In addition to nightly showings of indie favorites and cult classics, events include Movie and TV Trivia Night, Television-Themed Bingo, and Conscientious Projects, a social-political film series with guest speakers. The vibe is relaxed and inviting – perfect for sipping a glass of wine while watching Amélie. There’s a front bar where you can relax with a post-movie cocktail before heading home. 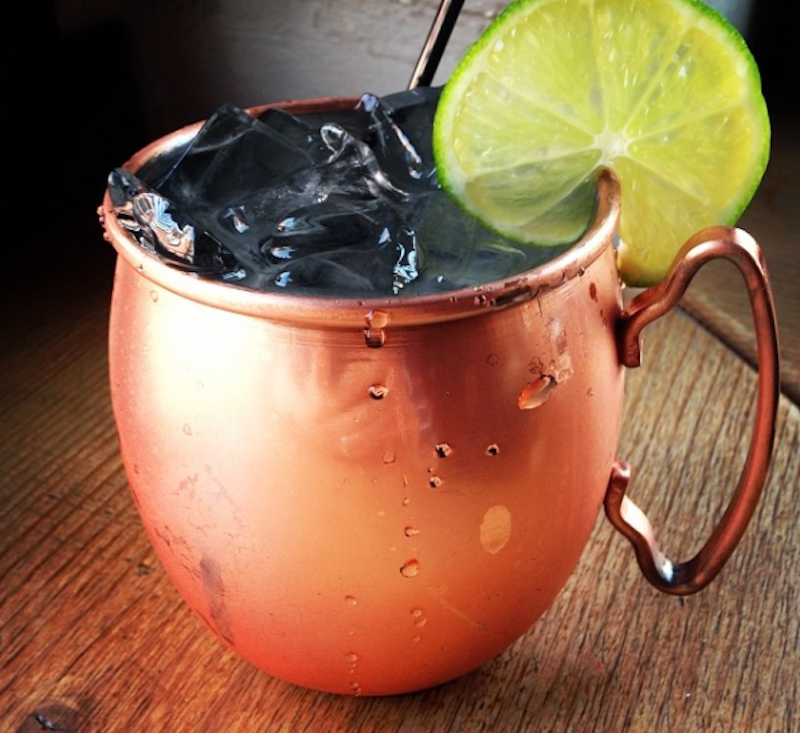 Located in Fulton Market at the South Street Seaport, this luxury movie theater pulls out all the stops to make sure guests have the ultimate cinema experience. This means enlisting chef Sherry Yard, a three-time winner of the James Beard Award, to create a small bite menu. Seats vary in amenities and dining service is only offered to premium plus pod seating. While pricier, these tickets come with major perks. So lie back in a pod with a complimentary pillow and blanket and place an order of warm cheese drop biscuits with a pint of beer. Movies are new, mainstream theater releases.

Metrograph is a cinephile’s dream come true. In atmosphere, service, and programming, this Lower East Side spot pays homage to New York City’s great movie theaters of the 1920s. Founded and designed by Alexander Olch, Metrograph is meant to be a place where film lovers can come to see and talk about great cinema. Watch the schedule for special events such as book signings, premieres, talks, and dinners. No seat service here. Instead, guests wine and dine between showings at the Metrograph Commissary molded after studio eateries from the Golden Age of Hollywood. The cocktail menu lists drinks with inspired names like The Zhigavo and Tender is the Night. 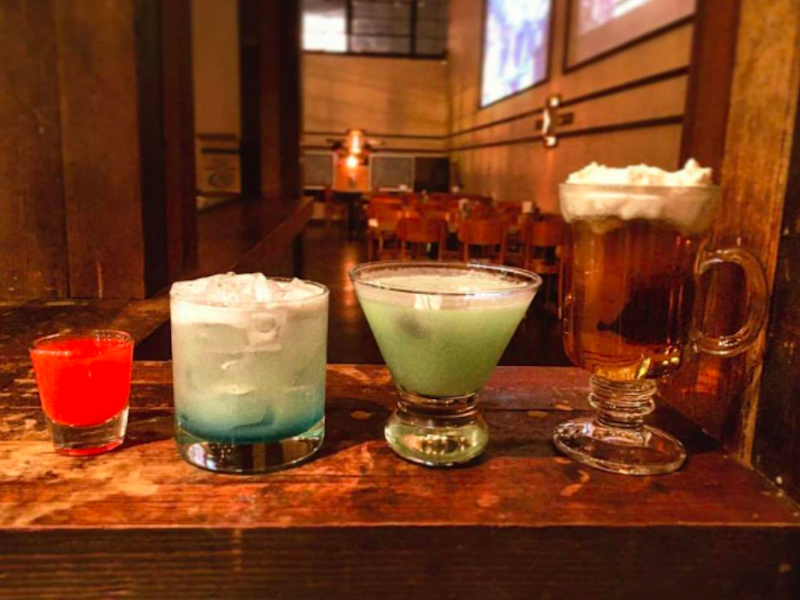 Also, must-visit movie theaters in NYC, and 7 memorable movies filmed in Brooklyn. Plus, best NYC-inspired cocktails and where to find them.

Do you know of any other NYC movie theaters that serve food and cocktails?