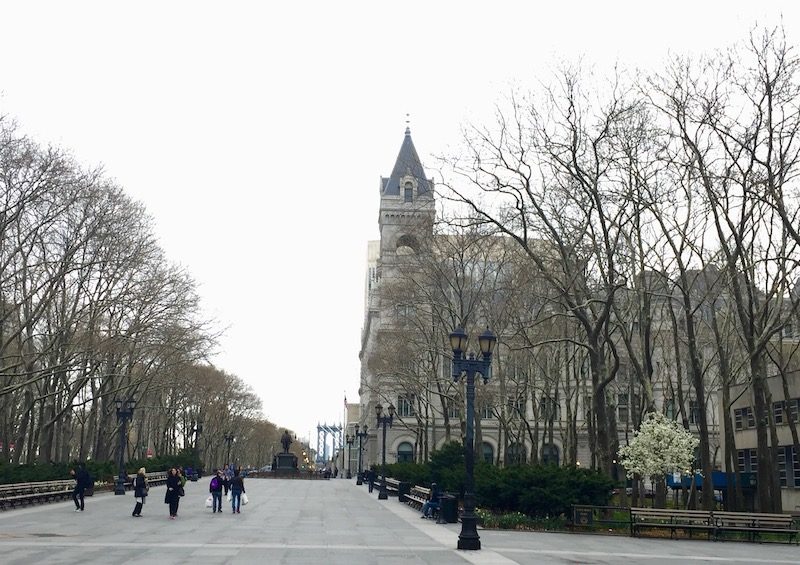 Check out these lesser known parks in Brooklyn

Brooklyn is home to numerous public green spaces – Prospect Park, Brooklyn Bridge Park, and McCarren Park are the most popular, which also means that they tend to get overcrowded on a sunny Saturday afternoon. But within the borough are under-the-radar parks where you can go to relax and take in some fresh air. Whether you just want a scenic spot to unwind or you’re planning to meet up with friends, here are five lesser known parks in Brooklyn.

Nestled on the river in Bay Ridge, Owl’s Head Park is a great place to take the kids when they need to burn off energy. Let them loose in the playground area, spray pool, basketball courts, and skate park. Meanwhile, you can enjoy the captivating views of the New York skyline and Verrazano-Narrows Bridge or explore the grassy knolls and wavering paths. And your furry friends will enjoy hanging out in the 40-foot wide dog run. 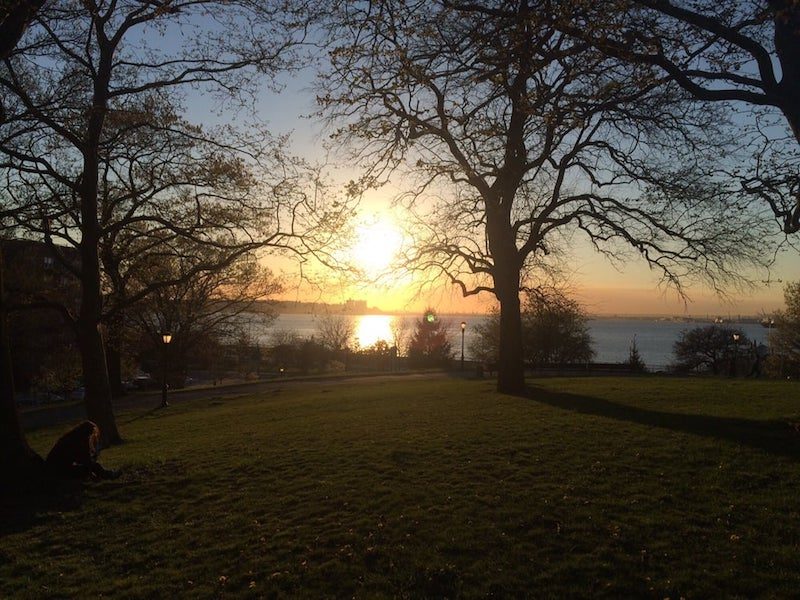 A $12 million redevelopment turned the former site of the WNYC radio transmission towers area into Transmitter Park, which opened to the public in 2012. This Williamsburg-Greenpoint Park provides a place to step away from the daily grind and settle down on a bench where you can enjoy the magnificent views of the East River and Manhattan skyline. The little ones will have a blast in the nautical themed play area and running around on the park’s spacious lawn.

For those who prefer shade over sun, McGolrick Park in Greenpoint is the place for you. Small and lined with trees, this under-the-radar Brooklyn park has an enchanting vibe that brings to mind The Hobbit. You can find a tranquil respite from the sun’s rays under Shelter Pavillion, and check out the bronze statue of a winged victory commemorating 150 Greenpoint residents who fought in World War I. So grab a book from your reading list and head to McGolrick Park this fall. 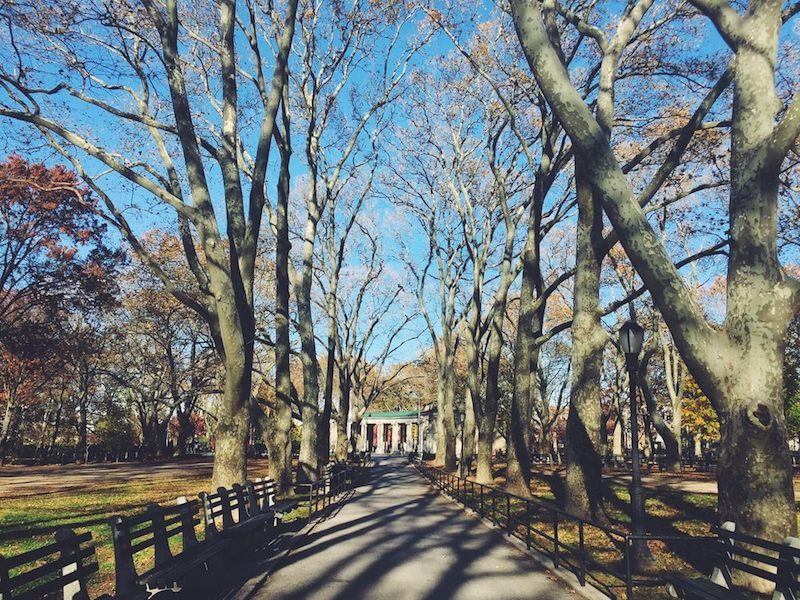 Boasting 530 acres, Marine Park is the largest park in Brooklyn. Get closer to nature by walking the Salt Marsh Nature Trail where you’ll discover regional animal and plant life. For the more competitive-minded visitor, there are bocce courts, cricket fields, and a golf course. And those seeking a leisurely workout can look forward to fun activities such as biking, hiking, and canoeing.

The most well-known spot on our list, Fort Greene Park opened in 1847 and is considered Brooklyn’s first designated park area. It’s full of history rounded out with distinguished names like Walt Whitman, Nathaniel Greene, and William Howard Taft among others. You can do just about anything here. There are tennis courts, a basketball court, playgrounds, and plenty of green hills to sprawl out. And be sure to check out the Prison Ships Martyrs’ Monument, which marks the site where more than 11,500 men and women were buried in a tomb near the Brooklyn Navy Yard. 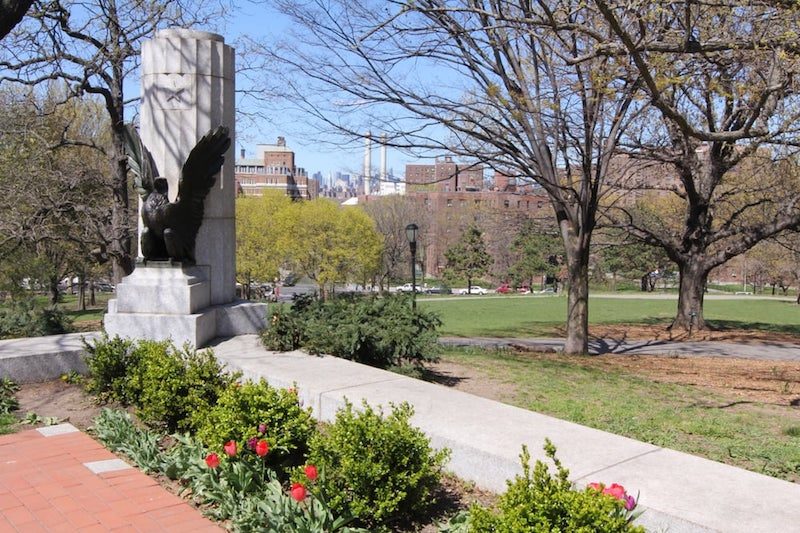 Do you have any lesser known parks in Brooklyn to add to this list?

Also, the flowers of Central Park, what to do in Prospect Park, Brooklyn’s most popular park. And have you visited pocket parks in NYC?