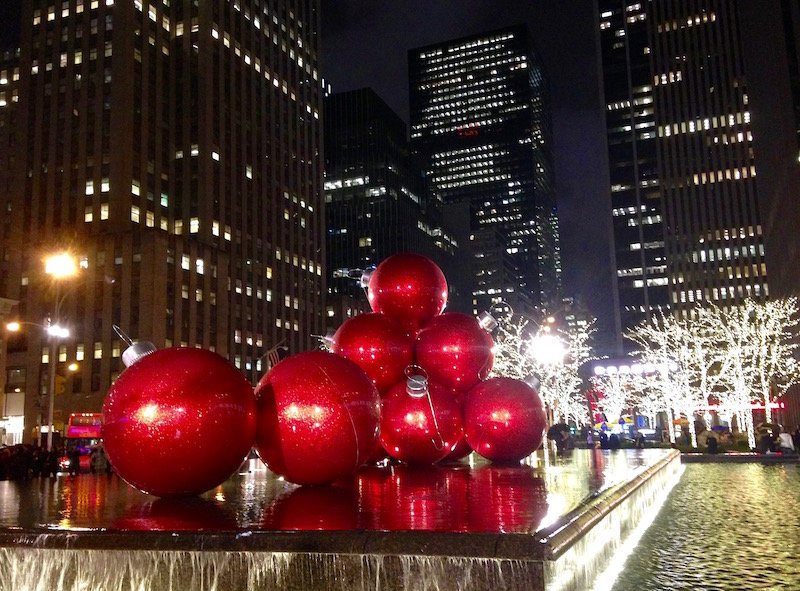 There’s no more magical place than NYC at Christmas, and watching the city on film captures the spirit. The Christmas season is my absolute favorite time of year, and few cities are as iconic to the holidays as New York. Grab some hot chocolate or egg nog (with extra rum, of course), and enjoy some of these classic NYC-Christmas movies.

I was four years-old when Kevin McCallister made his debut in this holiday original and, unlike most sequels, Home Alone 2: Lost in New York is a good movie. I love watching Kevin rack up credit card bills for his dad at the Plaza, not to mention his fascination with the Christmas tree at Rockefeller Center and sweet exchange with the homeless bird lady in Central Park. Also, I can’t get enough of Joe Pesci and Daniel Stern together.

When Elf first premiered 12 years ago (wait, what?!) I had no idea that this Will Ferrell flick would be such a success. But on social media alone, I can spot Elf memes, movie clips, and quotes year-round, and they’re always hilarious. Something also makes me think ––  if a 6’-3” man in a green tunic and yellow tights was spotted running around Manhattan, nobody would even give him a second glance. Buddy the elf fits in seamlessly with NYC’s regular crowd.


A Christmas Carol by Charles Dickens is one of my favorite stories, but since it takes place in London, Scrooged is the closest New York City-based alternative. Starring Bill Murray, Karen Allen, and John Forsythe, this comedic adaptation of the original has been a fan favorite since 1988.

Even though I was 17 when this movie came out, I’ve been hooked since. Sofia Vassilieva brings the precocious character of Eloise to life, and I absolutely adore Julie Andrews. Living in the Plaza, shopping around NYC for presents with an unlimited budget, and embarking on daily adventures are just some of the perks of Eloise’s luxurious life. And amongst all the glamour and grandeur, the movie is still witty, heartwarming, and just a bit cheeky.

For all the hopeless romantics out there, I dedicate Serendipity to you. This holiday romance, starring John Cusack and Kate Beckinsale, has become one of the most popular NYC-based love stories. It’s also the reason why so many tourists pay a visit to the namesake restaurant while passing through town. Oh, and Serendipity’s frozen hot chocolate really is as delicious as it sounds.


It’s a Wonderful Life takes place in Bedford Falls, New York, but there’s no way I couldn’t include it in this list. This James Stewart flick has been a Christmas classic for generations, and its message is just as relevant today as it was in 1946. Don’t forget – “Every time a bell rings, an angel gets its wings.”

The original Miracle on 34th Street, starring Maureen O’Hara, John Payne, Edmund Gwen, and Natalie Wood, put Macy’s on the map as the go-to department store for the holiday season. And the later 1994 version with Richard Attenborough, Elizabeth Perkins, Dylan McDermott, and Mara Wilson is just as charming. I still watch this movie every year, and I love seeing Macy’s “Believe” campaign during the holidays (an ode to the film’s “I believe in Santa” concept), which benefits the Make-A-Wish Foundation.

Which is your fave NYC holiday film? Share in the comments!