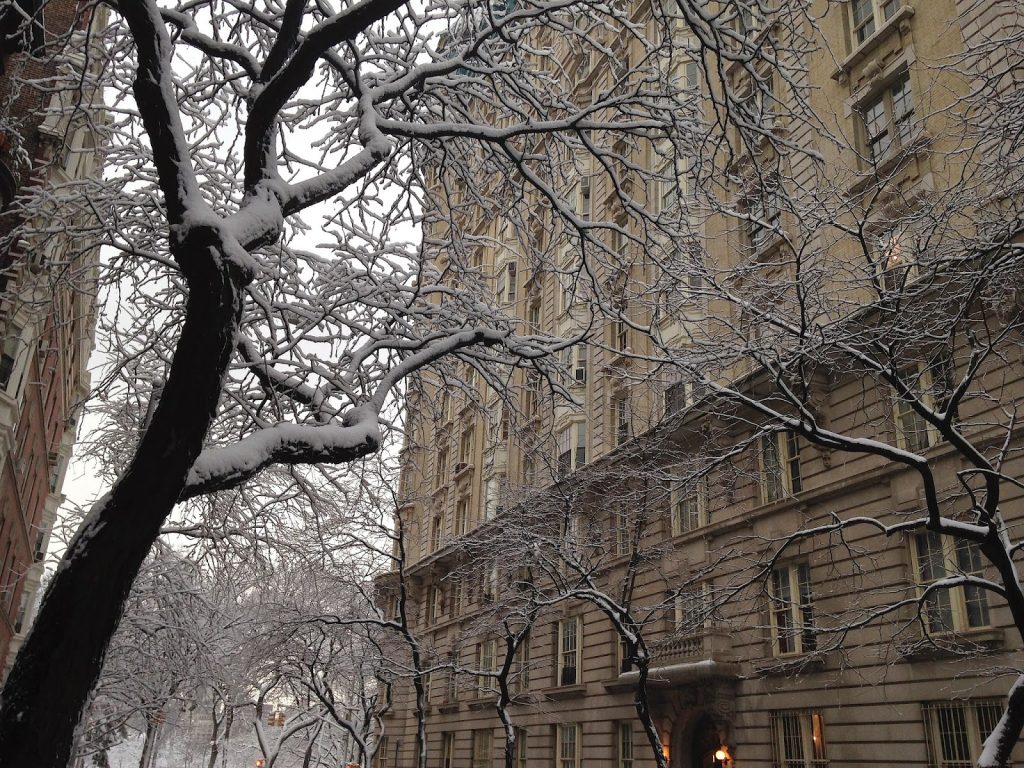 Should you visit New York in winter? Great question. New York City winters can be nippy and sometimes downright frigid (single digits frigid!). If you’re contemplating a trip to the city, you may be thinking about a visit in January, February, or early March, and wondering if the winter season is a good time to be in NYC. Well, in the cold, the city still doesn’t sleep. It runs all night, but you’ll find yourself doing more indoor activities rather than picnicking in Central Park. And that’s okay.

You will need to pack heavier (bring the down) than if you jaunt during July. (Don’t be a tourist with a thin leather bomber jacket and a pair of Chucks!) And be sure to travel with a good pair of waterproof boots.

What if you’re not a snow bunny? That’s okay too. Even if you live in a milder climate year-round, you may find it refreshing to “chill out” for a long weekend in the Big Apple. Some people actually like to visit New York in winter.

My sister-in-law Dina lives in Los Altos but jets to NYC for work throughout the year including wintertime, and I haven’t heard her complain once about the cold. She seems to do just fine despite her Atlanta roots and now California blood.

My Atlanta friend Kari came in February a few years back. If I remember correctly, she didn’t mind the freeze, either. But she came prepared with the appropriate winter garb.

Although you’ll probably have to lug the larger suitcase and pack some heavy clothing, there’s a host of advantages to making the trip to NYC offseason, even if that means enduring a few days of arctic air. Take a winter trip, and you’ll be pleasantly surprised at how much you’ll save and see. Read on for the details why you should visit New York in winter. 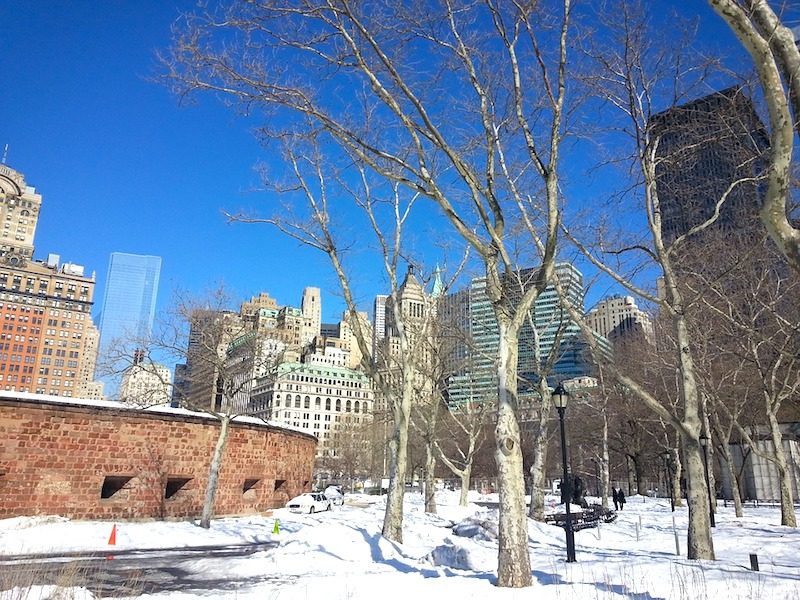 Accommodations should be less expensive.
Hotels usually cost less in cold-weather months and probably have more availability than other times of the year. If your trip is last minute, try using HotelTonight to get a great deal on hotels for say, next weekend. During winter months, you could pay as much as 50 percent less than you would at other times of the year. Really.

Fewer people on the streets.
Manhattan should be less congested during winter than other times of the year since most out-of-towners plan trips during May, September, November, and December. Even Times Square won’t be as much of a mob scene in January and February.

Cheaper Broadway tickets.
You might score tickets at a decent price to that Broadway show you’ve been longing to see. While summer, fall and the Christmas holidays attract a record number of tourists and theater seats tend to be scarce, winter brings vacant seats and discounts. Use the app TodayTix to get the best prices a week in advance. And take advantage of Broadway Week if you happen to be here at the right time when two for one tickets could be available to some of the shows on your wish list. In 2018, the dates are January 16 to February 4. 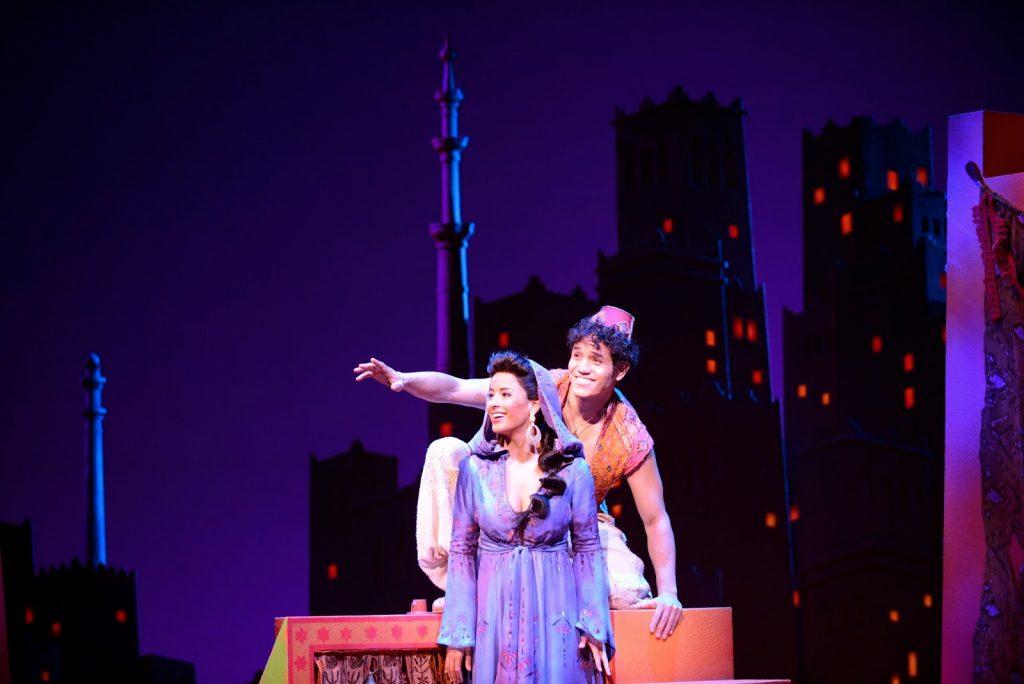 Fireplace bars.
Who doesn’t love a fireplace in cold weather? With its share of fireplace bars such as Art Bar, Brandy Library, and Black Mountain Wine House, New York is an ideal place to get toasty and snuggle up with your special someone while sipping a Manhattan or Martini of choice.  A fire at Art Bar sounds good right about now.

Ice skating.
Rockefeller Center, Wollman Rink Central Park, Winter Village in Bryant Park, City Ice Pavilion in Long Island City, and The Rink at Brookfield Place are just a few of the many venues to carve up the ice in NYC. Not much of a skater? Neither am I, but being a spectator can be just as fun. 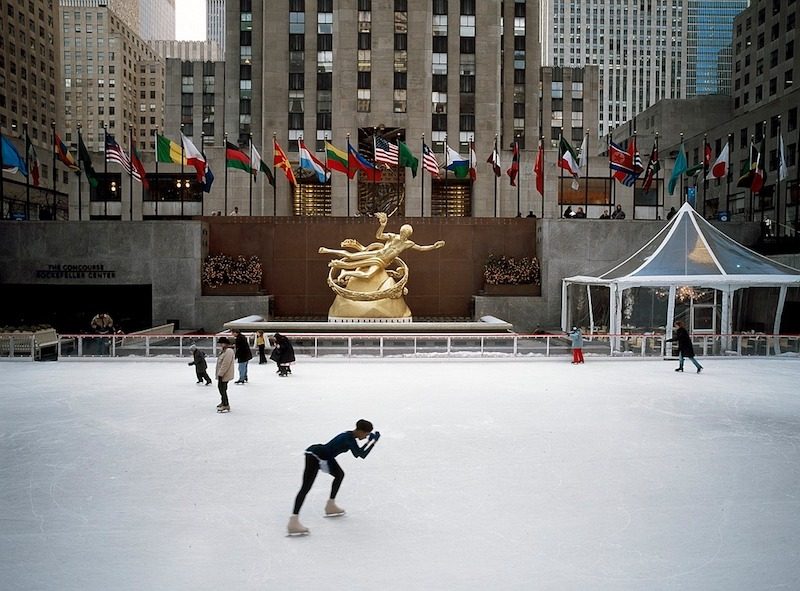 Restaurant reservations.
You’ll stand a better chance of walking into some of the New York’s top dining establishments in the off-season, rather than reserving a table 30 days in advance, as usual. And you’ll have the option of $29 lunches and $42 dinners at more than 300 of the city’s most popular restaurants during Restaurant Week, which takes place every summer and you guessed it –– for a few weeks in winter too.

You might get stranded.
Would getting stuck in New York City really be that bad? I’d think not. Long before I lived here, the many trips I made to this great city felt too short. I wasn’t lucky enough to get stranded, but you could be. A blizzard could be a viable excuse to extend your stay for another day or two. Bonus: In case you didn’t know, New York is one of the most magical cities in the snow. 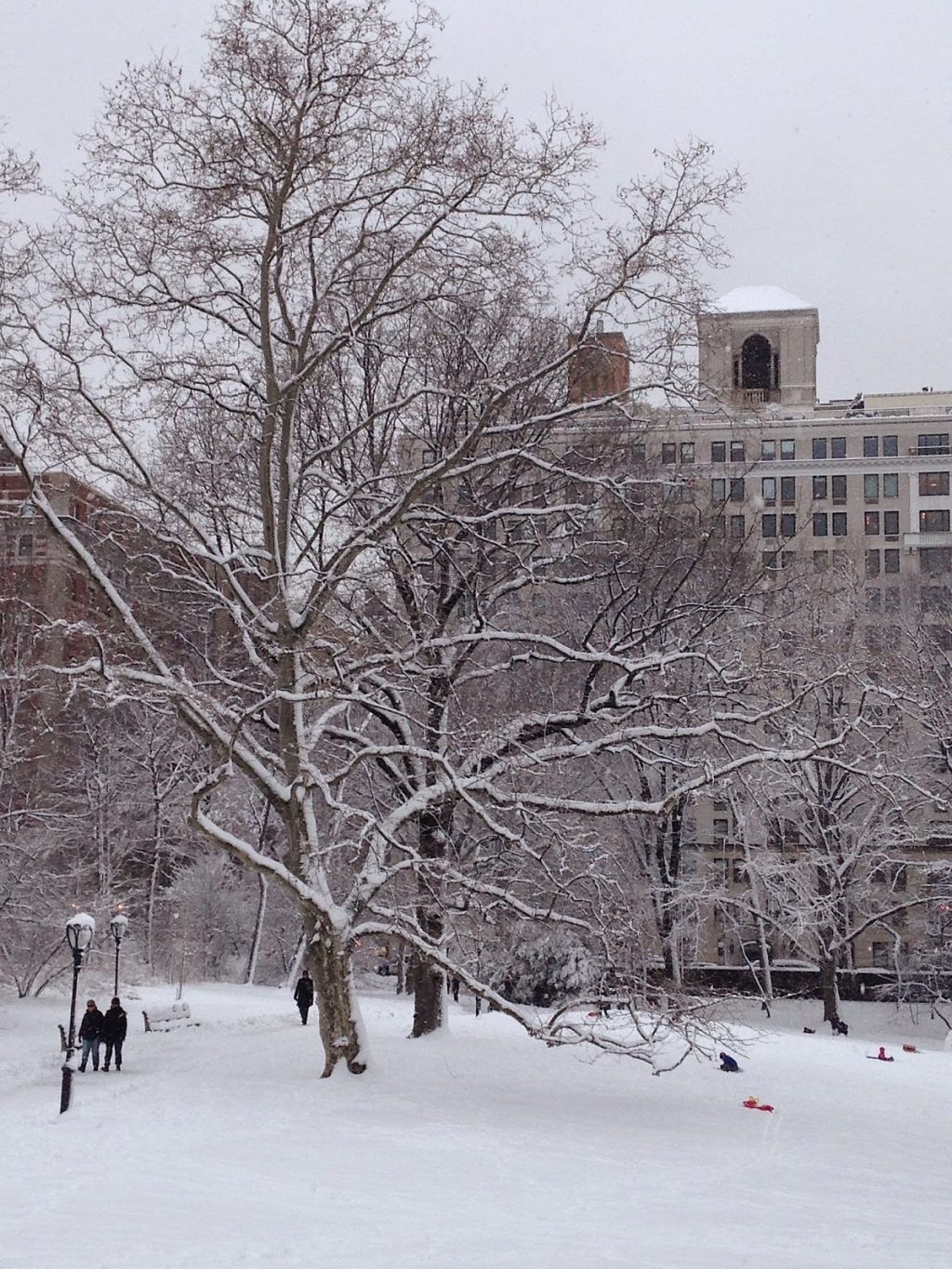 You may even enjoy visiting New York in winter! What do you think?

Also, how to beat the blues this winter, and things to do in New York on a cold day.

Plus, you’ll need to pack a few of these when you visit in winter.

« 10 Bad Things About Living in New York
Splurge or Save: Tote Bags »