I can never forget where I was and what I was doing on the morning of September 11, 2001. I lived in Atlanta at the time. While getting ready for a meeting with a colleague, I had the television on in the background, but wasn’t really watching it.
Shortly before 9 a.m., my phone rang and I answered it. It was my friend and a fellow interior designer, Leigh Mowry, whom I was about to meet in an hour. I remember her exact words when I picked up the phone. “Are you not watching the Today Show?” I wasn’t. I can’t remember which program was on that morning, but I switched channels at that moment, and in disbelief, we both watched the second plane hit the South Tower at 9:03 a.m. At first, due to the angle on TV, we thought it was a replay of the original crash into the North Tower. But, we quickly realized this was a second plane and the other tower. We knew this was not a faulty pilot or any kind of mistake. Little did we realize that this day would become known at 9/11.

Frightened and confused, I met Leigh for the work appointment and returned home as soon as the meeting was over. I was fixated on the television for hours, days. I felt helpless. I wanted to get here; for some reason, I thought I could help. Even though I had not visited New York since 1994, I felt deeply connected to this city.

In 2002, I traveled to NYC for the first time after the towers had fallen. And, I kept coming back several times per year, every year thereafter until I moved to the city in 2007. I couldn’t stay away. I loved New York then, and I love New York now. I am always proud to be a New Yorker, but on this day each year, I am prouder than any other day. –Tracy Kaler 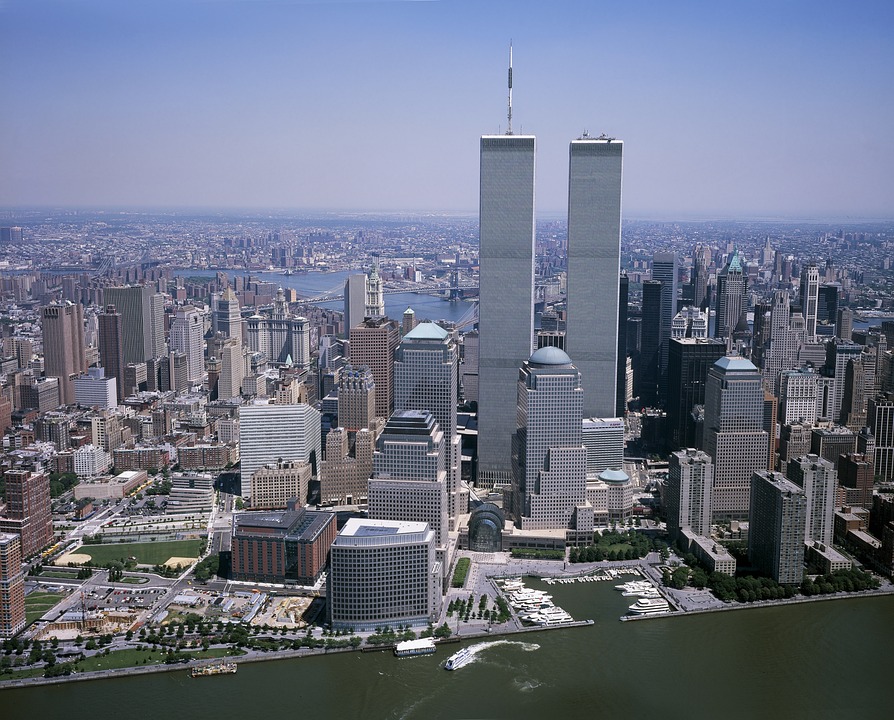 I was at home in Brooklyn and getting ready to go to work in Manhattan. I heard something about a plane hitting the towers, but never thought it would be that bad. I did not go to work that day, as most would guess. I felt lost with what was going on. I had to go out and go for a drive. Needless to say, I was stuck in traffic going to a bud’s house.

It was all so surreal. I remember dusting my car for what I figure was remnants of the old buildings. Remember, it was at least 10 miles away from where I lived. I also remember what a nice day it was outside.

Today, I am going to a 9/11 remembrance at Citi Field with my girlfriend Silvia and her best friend. She lost her husband that day. The Mets are very good to the families. A few players will be on hand to meet everyone, and sign autographs. My heart still goes out to the city on 9/11. I don’t understand why it’s not a national day of something.  God Bless America! –Jerry Del Priore

I was a senior in high school in Connecticut. I heard about it almost as soon as it happened from teachers and from other students. A state of shock took over all of us. We stayed in school and also had after-school extracurriculars. I remember I still had cross-country practice. Our coach took us to a local state park to go running instead of the usual school property trails. She said she wanted us all to spend the practice surrounded by nature, in a peaceful and safe setting.
Our town sent in some local volunteer firemen to help the NYFD. In those respects the event still held personal resonance for me and those in my community. I feel very fortunate to not have known anyone who died as a result of 9/11. I can’t imagine what it must be like for those families and loved ones, even 12 years later.  –Amanda Halkiotis
I was in school, in Queens, on 9/11.  I’m pretty sure it was the first week of school; I was in the 6th grade at the time.  No one told the students what was going on, but it was far from a normal school day.  Kids kept getting called out of class to go home, but I stayed the whole day.  It was clear something was off about that day, but no one could guess what.  Our teacher told us at the end of the day what had happened, and asked if we had parents who worked in the towers or nearby.  No one had parents who worked in the World Trade Center, but my dad was close, and could see the towers from his office.  He came home with his clothes and shoes covered in dust.
My best friend, and daughter of my babysitter at the time, has an uncle who worked as a firefighter that day.  On 9/11, I went to my babysitter’s house after school and we watched the news coverage. Eventually, both my parent’s and my friend’s aunt –- the one married to the firefighter –– joined us.  She hadn’t heard from her husband yet, and I just remember feeling so helpless and confused, which is probably what everyone felt.  My friend’s uncle made it out safely, though many of his colleagues did not.
School was closed the next day and the day after that we had a delayed start.  I remember hugging the first person I saw from my class when I went back to school for the first time after the attack. –Elizabeth Furey

I had just gotten to class at the Lee Strasberg Institute on 14th street, as a freshman at NYU.  A girl told the teacher that a plane had crashed into the tower, and we all chuckled thinking, “What a stupid pilot.”  A few minutes later, Mrs. Strasberg herself came in to the class to tell us that the second plane had hit and the towers had fallen. She told us to walk back to our dorms, but to be careful, because anything else could come crashing down at any moment. I walked the few blocks back to my dorm on 8th street and the city was silent.

I saw all the footage in my dorm room lobby, amidst a crowd of onlookers. A few hours later, the stench was abominable.  Even with the windows closed, we were all breathing into paper towels and surgical masks. A lot of people left NYU and never came back.  I, however, had grown up near NYC, and it was still home and would always be home.  I decided to continue college and not live in fear.

My dad used to work in the towers when I was about four years old.  I remember sitting in his office and looking out at the fireworks bursting over the Statue of Liberty. –Rori Nogee

I was a freshman in high school on Long Island. I remember I could see the smoke from the window in the hallway. I think at first I thought it was an accident, and then once I realized it wasn’t, I was pretty much glued to the news.

It’s hard to remember what things were like in NY before 9/11. My family is almost entirely made up of native Manhattanites, and I am so grateful that everyone survived that day. But every year on September 11, when I have a full view of the tribute lights from across the river in New Jersey, I am reminded of all of those we lost, and just how much I should appreciate each and every day. –Ashley Pagliaro

I was in fifth grade in Chicago on September 11, 2001.  I remember that our recess was held indoors that day, but we thought that was due to late summer bees, not an international terrorist attack.  My mom, not my nanny, picked me and my brother up after school, and walked us home, where my dad was watching the news.  I knew something was out of the ordinary, but at ten years old I couldn’t grasp the gravity of the situation. A month earlier, I had traveled to NYC for the first time in August 2011. We had taken the ferry to Ellis Island and had smiling family pictures with the Twin Towers in the background, the classic NYC landscape.  When I traveled to Ground Zero in 2005, at 14, I could viscerally comprehend the huge impact that terrible day had on NYC and the world. –Melissa Kravitz

« Hot off the Fashion Plate: Food for Fashion Week
An Afternoon with Daphne Rubin-Vega »