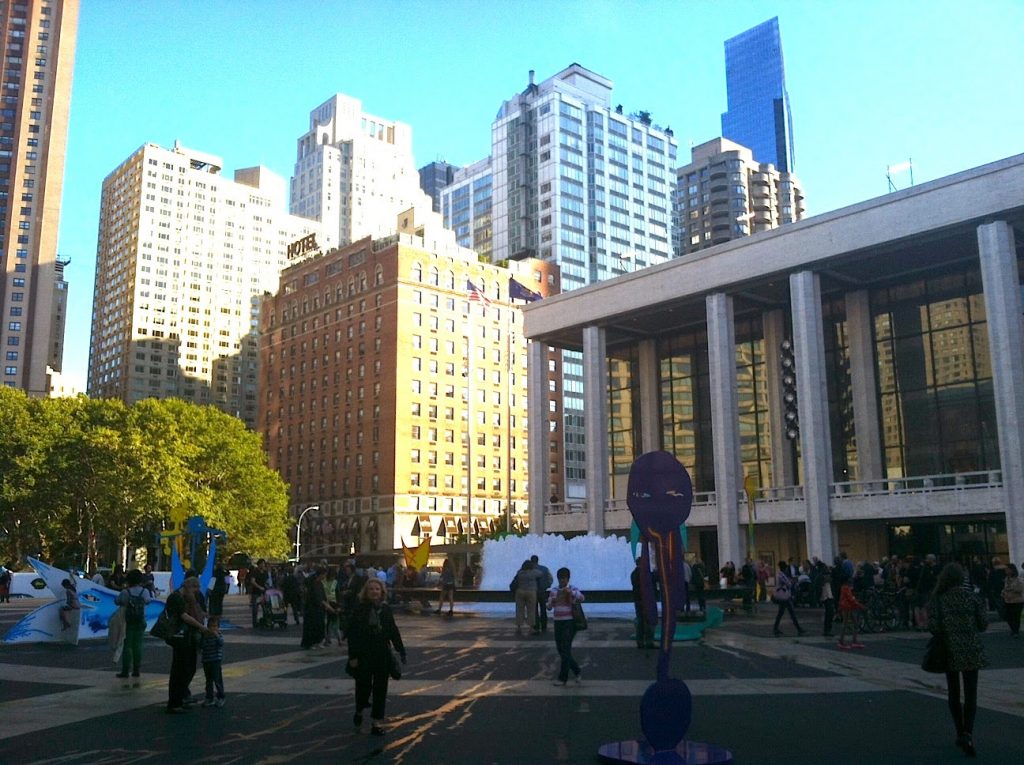 New York Fashion Week has officially begun. You’ll notice more of the stylish set galavanting around town over the next week or so, particularly near venues like Lincoln Center, Pier 59 Studios, and Milk Studios.  But you can run into models, designers, and celebrities just about anywhere –– even on public transportation! As a matter of fact, I saw the ultra-chic Tim Gunn on the subway today. I’ve noticed him before in my neighborhood, but it was a treat to ride in the same car. Most riders didn’t recognize him, but I knew it was him the moment he stepped on the train. How many men in NYC have that fabulous white hair?!

A few years back, I ran into Natalie Portman and her now-husband Benjamin Millepied in the Lincoln Center parking lot on their way to a fashion show. During NYFW, I never know who I’ll come across when I’m out and about. Fashionista sightings happen all over the city, but here are some of the hippest hotels where you stand a good chance of spotting someone famous during fashion week.

The Empire Hotel
Across the street from the tents at Lincoln Center, you might sight top models and celebrities such as Heidi Klum, Nicole Ritchie, or Lauren Conrad looking glam and sipping something low-cal, of course. The 12th-floor rooftop bar and lounge that we love in summer is enclosed in winter to shield from the cold, and will surely attract the stars with its stunning views of the city.

The Standard Hotel
A fan favorite during fashion week, the Standard will definitely be a hot spot since it’s also hosting several runway shows. Chill out in the Standard Grill, Biergarten, or the Living Room Lounge, and take in the live entertainment, cocktails, and a nosh if you’re peckish.

Home to late-night parties at the Boom Boom Room and the popular rooftop bar Le Bain –– also named “#1 place for fashion week nightlife” in the past –– The Standard is recognized as one of the coolest hangouts in town. This trendy, downtown hotel is adjacent to the High Line.

The Mercer Hotel
SoHo’s Mercer Hotel is fashionable all year long, but especially during fashion week. As the top choice for designers like Marc Jacobs and Calvin Klein (they lived there at one time!), you’re guaranteed five-star service if you book a room, and some type of action if you pop in for an evening. Dine at Jean-Georges Mercer Kitchen and kick back in the lobby while perusing the extensive book and magazine library. If you’re fortunate enough to stay in this hotel while visiting New York, take advantage of the great shopping in the neighborhood as well.

The Gramercy Park Hotel
For a bit of history with a lot of style, stay or socialize at the Gramercy Park Hotel. Located in one of the most charming areas of Manhattan, this boutique hotel drew icons like Humphrey Bogart, President John F. Kennedy, and the Rolling Stones.

You can’t help but feel like a trendsetter here with its rotating art selection from modern masters like Andy Warhol, Jean-Michel Basquiat, and Keith Haring. Mary-Kate Olsen and Ed Westwick have been seen carousing at the Rose Bar, so be sure to stop in for a specialty cocktail and some live music.

Out-of-towners who stay at the Gramercy Park Hotel will have a chance to enter the gorgeous and exclusive park, which offers access to key holders only.

Have you spotted anyone famous during fashion week? We’d love to know where.

« The One-Tenth Percenters: Being a Pacific Islander in New York City
NYFW 2015: A Ducati and Fashion Fusion »