The Connecticut Shore boasts an array of quaint towns, top-notch restaurants, and historical attractions, making it an ideal weekend away from New York City. If good traffic karma is on your side, you’ll hop skip and jump up Interstate 95, and in about two and a half hours, you’ll arrive in Mystic.

Partially situated in the towns of Groton and Stonington, this charming coastal village is located on the Mystic River, which flows into the Long Island Sound. Lined with shops, cafes and galleries, and home to the country’s largest maritime museum, this small town will take you back in time with its interpretation of a 19th century seafaring village.

Walk over the Mystic River Bascule Bridge in the center of the village before lunching at the well-loved Mystic Pizza, inspiration for the 1988film by the same name. If upscale and local are more your thing, be sure to try the Oyster Club, known for farm-to-table seasonal cuisine and of course, oysters. Spend the night in the Whaler’s Inn or the Inn at Harbor Hill Marina in Niantic, just 20 minutes from downtown Mystic.

While in the village, hit Bank Square Books, an indie book store, pick up that extra-special piece of jewelry for a birthday or anniversary at Mallove’s, don’t miss the Black Dog General Store, with clothing items for dog-loving humans and accessories for man’s best friend. Other shops worth a browse include PepperGrass & Tulip, Comina, and Courtyard Art Gallery.

A selection of waterside towns worth a stopover on the way to or from Mystic includes Madison, Old Lyme, Essex, Old Saybrook, East Lyme and Niantic. Even a few hours in each will confirm that you can’t get any more quintessential Connecticut than these coastal gems. But, beyond the history, peaceful coastline, and appealing location of this part of the state, you’ll find attractions such as the Old Stonington Museum, Sculpture Mile, the Mystic Aquarium, and surprisingly, one of the largest casinos in North America, Foxwoods.

Unexpected, and just a 20-minute drive north of Mystic on CT-27, Foxwoods Resort Casino is located on the Mashantucket Pequot Indian Reservation in Ledyard. Complete with slot machines, game tables like blackjack, craps, and baccarat, spas, comedy shows, musical concerts, and dining options from casual
to upscale, Foxwoods is an ideal weekend escape in the Northeast for those who love to gamble, shop, pamper, party, and eat. In fact, Foxwoods is without a doubt, a foodie destination. With restaurants like Al Dente, Craftsteak, David Burke’s Prime, and the notable Four Diamond French-influenced Paragon, the culinary scene at Foxwoods is diverse.

Though I’ve visited this area of Connecticut on several occasions, recently I returned to this section of the state to make my first trip to Foxwoods. Michael and I stayed at the Grand Pequot Tower, and I had the pleasure of dining with a group of bloggers and journalists for a luxurious five-course James Beard sneak peek media dinner at Paragon. Five of Foxwoods’ executive chefs joined forces to prepare the luxurious dinner, only to repeat the same menu on July 25 at the James Beard House in New York City.
Though I had missed most of the appetizers due to traffic – I only sampled the clean, simple Raw Stonington Summer Flounder, which was a teaser before the sit-down dinner – I arrived in just enough time to savor the 2010 Schramsberg Blanc de Blanc. With this one glass of bubbly, I had at least begun to unwind and relax after our almost four-hour Friday afternoon drive from Manhattan. (Summer is the worst season for driving on I-95.)
After hors d’oeurvres, we moved into the dining room. Located on the 24th floor of the Grand Pequot, the Paragon’s space is large and modern with a lush, green forest backdrop. Our dinner table
was aligned with a vast window wall, affording thebreathtaking view. I can’t think of a more lovely setting to spend an evening.

Live piano standards played during dinner ­– at last I was starting to enjoy the experience and shed the thoughts of that stressful car ride.
Creative, colorful plates flowed one by one along with perfectly paired glasses of wine. Dining at Paragon is indeed a splurge, but a truly special experience. You’ll feel like king or queen for an evening that simply isn’t long enough.
Here are a the highlights from the dinner. Similar dishes are available on the Paragon dinner menu. 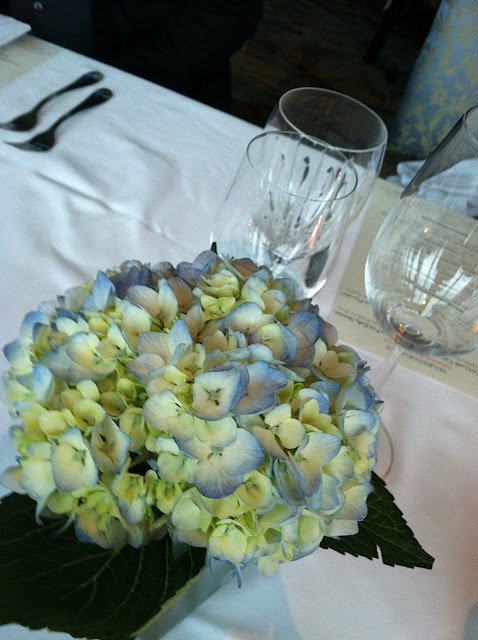 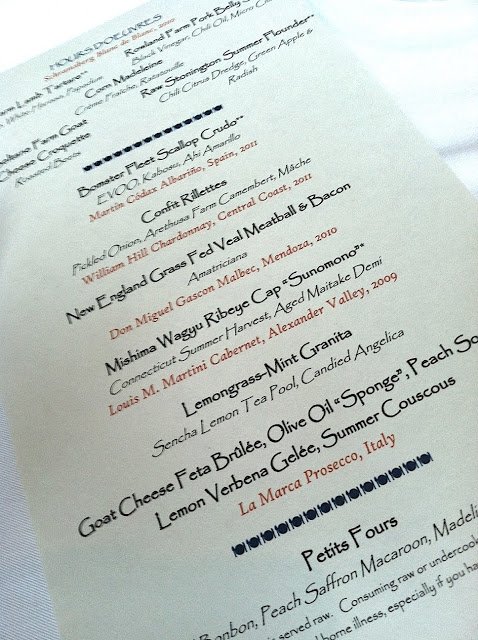 While I enjoyed several hours of beautiful plates at Paragon, Michael indulged in the Kobe Red, a bacon-crusted burger with a sunny-side up egg, sweet soy mayo and a waffle bun at High Rollers, which also happens to be the nicest bowling alley he’s ever seen. He couldn’t stop talking about the burger waffle combo, either. Afterward, he joined me in the restaurant for a glass of wine, and from there, we headed straight for the casino! 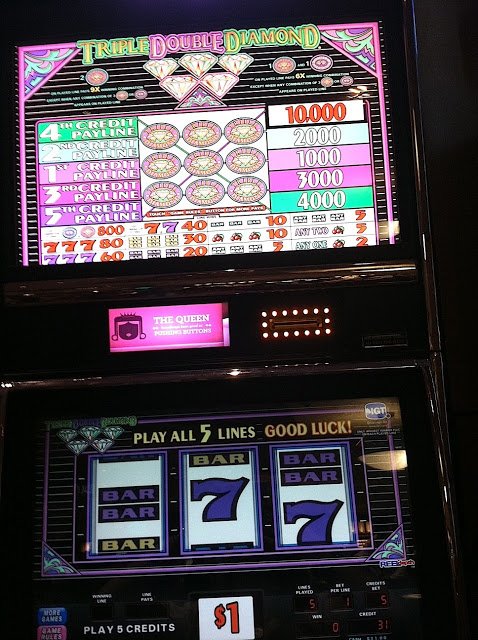 I moved from slot to slot, but sadly, my gambling luck wasn’t with me on this trip. However, Mike
played blackjack and knew exactly when to walk away. (That’s my man!) All in all, we ended up
winning about $80 with my losses, which wasn’t too bad considering the entertainment involved. We relaxed by the bar for one last cocktail before calling it a night.

Mike and I both noticed how incredibly friendly and accommodating the Foxwoods’ staff was, which isn’t always the case in a resort of this scale. From the front desk to the housekeeping staff to the dealers in the casino to the bartenders, to the chefs and the entire crew at Paragon, they made us feel
welcome every moment of our stay. Thank you, Foxwoods!

We departed the following morning and the drive back was a mere two and a half hours, as it should be. I felt decompressed after just 24 hours in this little pocket of New York’s neighboring state, complete with history, a gorgeous coastline, entertainment and great food and wine at Foxwoods. This short jaunt
is one more fond memory of Connecticut.

The James Beard preview dinner at Paragon and the room at Grand Pequot Tower were provided by Foxwoods Resort Casino.