New York is called the greatest city in the world, and Adam Shepard doesn’t deny that statement.

How does one big city with five sprawling boroughs of more than eight million live up to this tag line?

To those who live in New York, this big city isn’t that big; but rather, it’s an urban center with many diverse neighborhoods, a collection of small towns. What makes this metropolis– also known as New York City — greater than other cities around the world? Ask New Yorkers their opinions of the place they call home, and you might get a variety of answers. But one of the most popular would probably be: “I wouldn’t want to live anywhere else.”

But, for those who see New York from afar, or only visit now and then, do they feel this is an appropriate title? Is New York truly the top of the heap on the list of the world’s greatest cities? And, on which criteria would this title be based?

Recently, I chatted with Adam Shepard, avid NYC fan, consultant, motivational speaker, and author of the well-known book, Scratch Beginnings. He went on a yearlong excursion to various countries around the globe, and wrote about his experiences in his latest book, One Year Lived. Though New York City wasn’t included in his worldwide itinerary, the author makes at least one trip to NYC each year, explaining that any time he has an opportunity to visit, he jumps at the chance.

His favorite things to do in the Big Apple include dining in the city’s countless restaurants. Recently, he discovered  Zabb Elee in the East Village, known for its northern Thai cuisine; another local eatery he favors is Cafe Daniello’s’s on Second Avenue on the Upper East Side. Shepard’s go-to location for reading is the Great Lawn in Central Park, and he believes the not-to-be-missed touristy spot — if you have only 24 hours in town — is the Metropolitan Museum of Art.

After his international travels, Shepard returned to the states and came to his own conclusion about New York City: It truly is the greatest city in the world. During our conversation, he reflected on his many trips to NYC, and quickly came up with six reasons why our town was assigned this famous title and it still rings true.

1. International melting pot.
“A melting pot of cultures tends to exist in every major metropolitan area in the world, but not to the extent that it exists in NYC. I mean, 800 different languages in one city? That’s crazy!”

3. Endless options.
“So much inspiration comes from New York City.  People want to see the Statue of Liberty and Broadway and walk through Central Park and eat a sausage off the street, and then you’re walking along and you think, ‘Taxi Driver was filmed here,’ as if you’d forgotten. NYC has a lot to offer and explore.”

4. Ease and Accessibility.
“New York City is more accessible than any other major city that I’ve been to in the world. If you are a foreigner, and you were randomly plopped down anywhere in NYC, you would quickly find plenty of things to do, plenty of ways to get around town to do them, and plenty of people willing to make sure you have a wonderful experience in their fine city.

6. Everyone wants a slice.
“Foreigners see New York as THE PLACE to go to when they come visit the United States. As I traveled, when I told people that I was from the US, the immediate reaction was either a politically motivated comment or to say, ‘I want to go to New York one day!’”

You go to these wondrous cities in the world, and then you begin to realize why it is that foreigners traveling by the busload with cameras around their necks are so excited about this place [New York].”

About the book
Do Americans—young Americans, especially—really know what’s going on in the world? Are we prepared to embrace globalization? Adam Shepard hopes his story will inspire young people to get out and arm themselves with a broader perspective.

By the time he was 30, the North Carolina man had already completed goals most people wait a lifetime to pursue. From late 2011 to late 2012, spending just $19,420.68, less than it would have cost him to stay at home, Shepard visited seventeen countries on four continents and lived some amazing adventures.

“It’s interesting to me,” he says, “that in Australia, New Zealand, South Africa, Europe, it’s normal for people to pack a bag, buy a plane ticket, and get ‘out there.’ In the U.S., though, we live with this very stiff paradigm—graduate college, work, find a spouse, make babies, work some more, retire—which can be a great existence, but we leave little room to load up a backpack and dip into various cultures, to see places, to really develop our own identity.”

His yearlong journey, which took two years to save for, was a spirited blend of leisure, volunteerism, and enrichment. He read 71 books, including ten classics and one—slowly—in Spanish. “If you can lend a hand to someone, educate yourself about the world, and sandwich that around extraordinary moments that get your blood pumping, that’s a pretty full year,” Shepard writes.

One Year Lived is the compelling and transparent account of his experiences abroad. 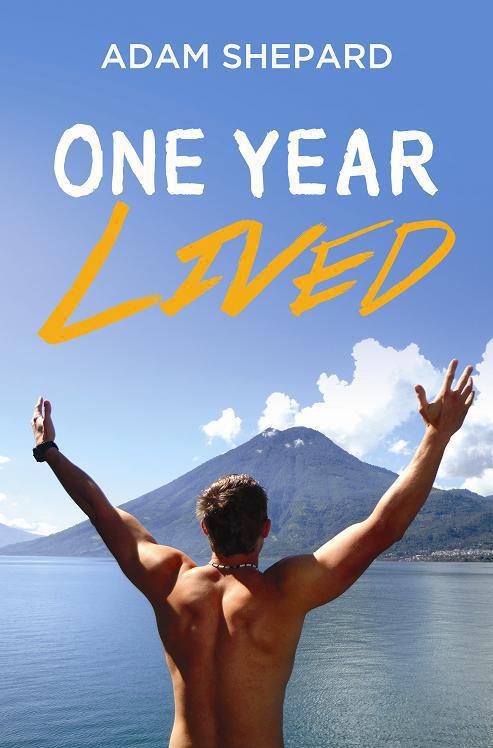 To learn more about the book and Adam Shepard, visit the website.

« Dating by Numbers
Eating and Drinking Your Way through New Dorp, Staten Island »