The Bronx is more than a New York City borough to author and photographer Arlene Alda. It’s the place where she grew up – the place that molded her and millions of other Bronxites’ hopes, dreams and beliefs. It’s the place where Italian, Irish, Polish, and German immigrants landed decades ago, and the same place where Puerto Ricans, Dominicans, and African Americans have found a home in more recent years.

The Bronx is awash with history. It’s a collection of neighborhoods where children play ball and ride bikes – 25 percent of the borough is parklands. It’s where the Yankees score and their fans cheer. It’s the birthplace of hip-hop and a haven for rousing musical talent.

The Bronx is no stranger to fame and success. It has been the stomping ground of greats such as Mary Higgins Clark, Al Pacino, Colin Powell, Carl Reiner, and Tats Cru.

In her latest book Just Kids from the Bronx: Telling It the Way It Was, An Oral History, Alda has assembled 65 stories spanning six decades from some of the borough’s most prolific leaders, creators, and influencers. She shares thoughtful excerpts from each storyteller’s childhood in this diverse collection – she reminisces with a nun, police officer, an urban planner, and a notable list of other leading artists, scientists, and entrepreneurs.

I found the book wonderfully inspiring, as will anyone with a connection to, memory of, or curiosity for The Bronx and the people who call the borough home.

I caught up with Arlene Alda, and she shared her process for Just Kids from the Bronx as well as thoughts on New York City, where she still resides.

TK: What sparked the idea for the book Just Kids from the Bronx? Was it something you had thought about for a long time, or did you have an “aha” moment and think, “I want to do a book like this.”

AA: There was an “aha” moment when I went back to the building in which I grew up. I was with the CEO of J.Crew, Mickey Drexler, who also grew up in that same building.  While we were there comparing notes, the excitement of that visit sparked my curiosity about the childhoods of other talented, accomplished, successful people who grew up in The Bronx.

TK: How did the process work for the book? Did you interview the storytellers, or ask them to share an anecdote of their choice? Also how long did the book take from conception to publication?

AA: I had conversational interviews with the storytellers. I audio-taped the conversations, transcribed them, and then teased out/edited the meaningful stories that were there.  The whole process of creating the book took more than four years.

TK: What’s your fondest memory of growing up in The Bronx?

AA: There are so many fond memories, but one that comes to mind now, was the sense of total freedom in riding my bike around the neighborhood and beyond.  With the wind in my face, the exhilaration when I explored known and unknown streets, getting there with my own leg power…those were special times.

TK: As a native New Yorker who’s seen the city evolve over the years, what’s one thing that you don’t ever see changing about New York?

AA: New York has that energy that is contagious and exciting. And it comes from its down-to-earth diverse people. It’s only gotten better over the years.

TK: What’s your go-to place in New York City where you feel most relaxed and happiest?

AA: Whether it’s Central Park, The Bronx Park, or the Botanical Garden…I feel totally at home and happy in the midst of those outdoor beautiful environments, which are also enjoyed by like-minded families and individuals.

TK: If you could tell the world one thing about “Just Kids from the Bronx, what would it be?

AA: How important schools, parents, teachers, neighbors, and mentors are to the future of our greatest resource –– our children. 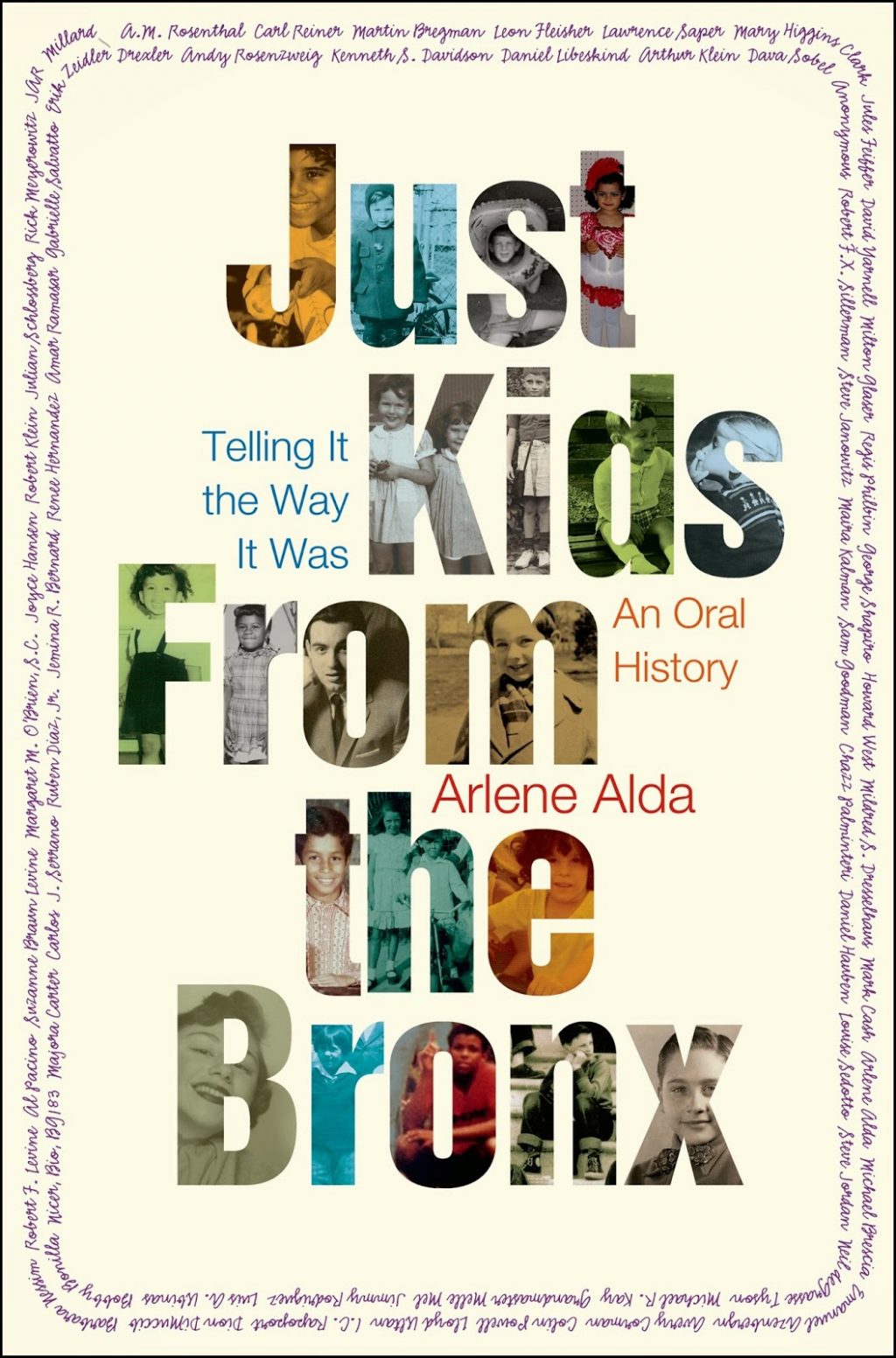 Order Arlene Alda’s Just Kids from the Bronx: Telling It the Way It Was, An Oral History on Amazon or Barnes & Noble.

« Broadway Blossoms: The 2015 Spring Season
6 Unpretentious Upscale Spots to Go Out in Manhattan »