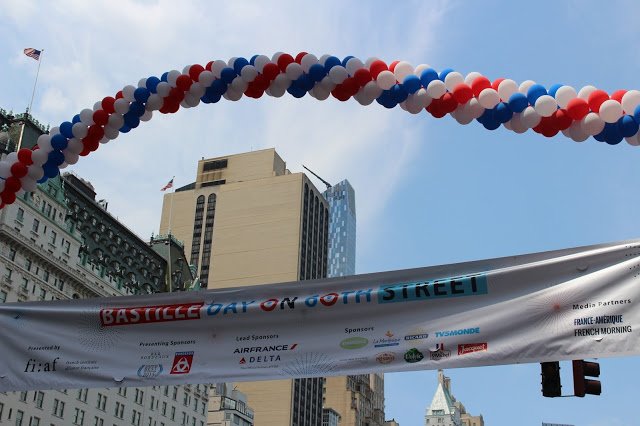 Until I can make that great escape to France, I’ll immerse myself in the country’s culture right here at home, whenever possible. There’s no better way to feel undeniably French than to partake in New York’s annual Bastille Day festivities, celebrated on East 60th between Lexington and Fifth Avenues.

Francophiles came out in droves yesterday to consume baguettes, macarons, eclairs, and other French foodstuffs while reveling in the streets of the Upper East Side. 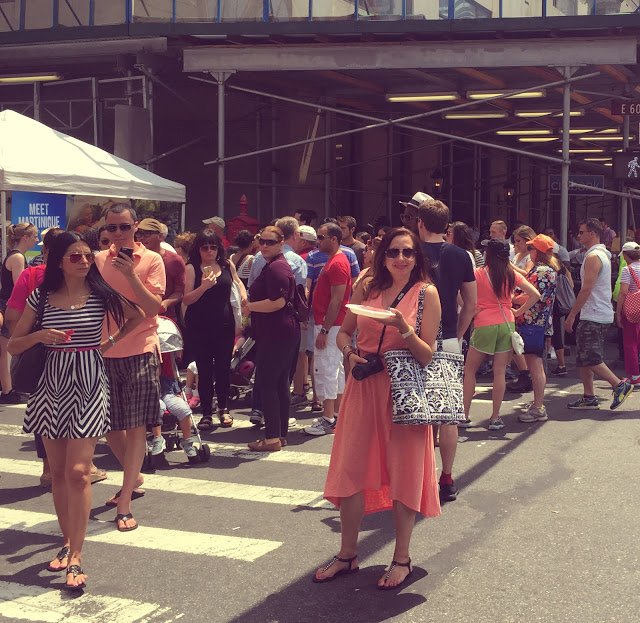 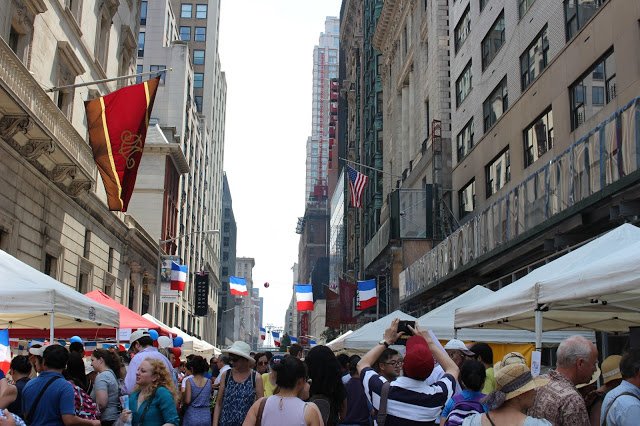 I started my French experience off right with a ham and brie sandwich from Payard. The tasty, near-perfection baguette with ham, soft brie cheese, mustard and lettuce, made me feel as if I was strolling along the rue de Dormel in the heart of Paris. C’est délicieux! 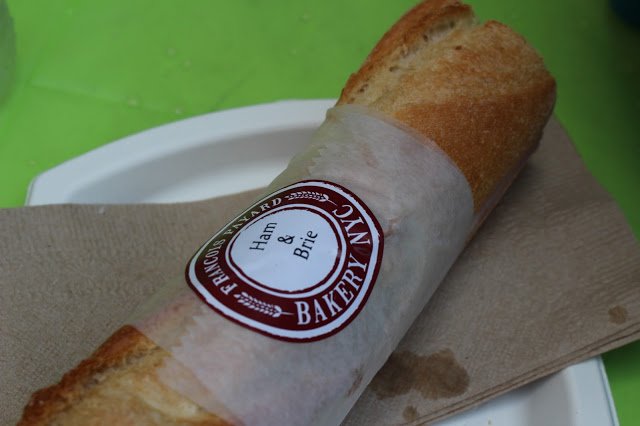 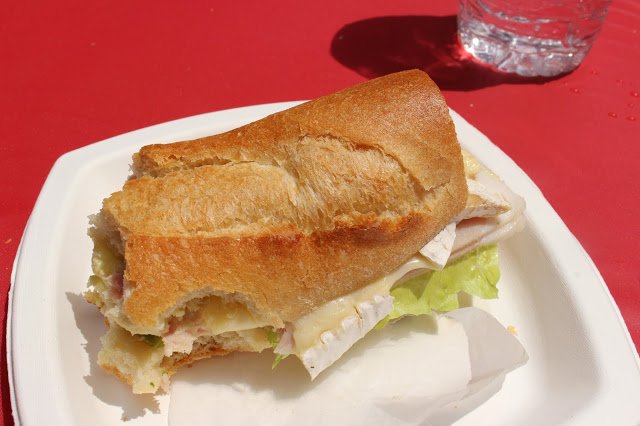 Tempted by an abundance of French pastry, I held out for eclairs from Maison de l’éclair. The owner, Cynthia, was kind enough to invite me to stop by for a tasting, and I’m so glad I did. 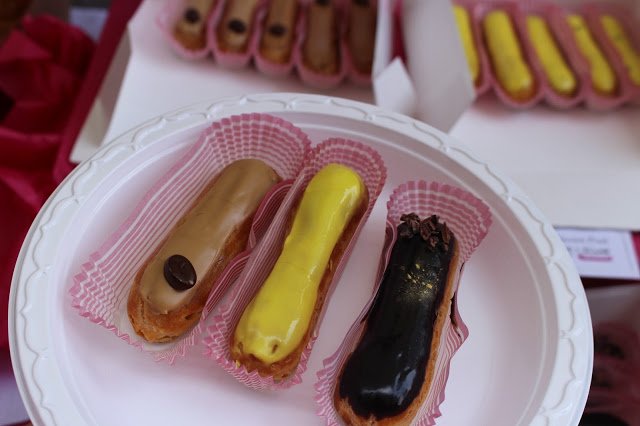 These eclairs are light and fluffy and available in both savory and sweet versions. I opted for a sugary selection including dark chocolate, coffee, and mango with passion fruit. All were delicious, but of the three, my favorite was the passion fruit because of its delicate, summery flavors. I might add that these pastries are as beautiful as they are scrumptious. In fact, they are almost too pretty to eat, but I somehow managed to taste all three. I shared the eclairs with Scott, who was my date for the afternoon, so I felt a little less guilty. 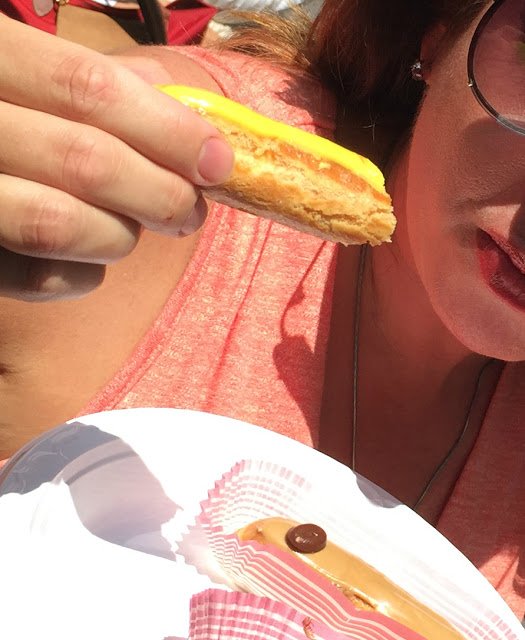 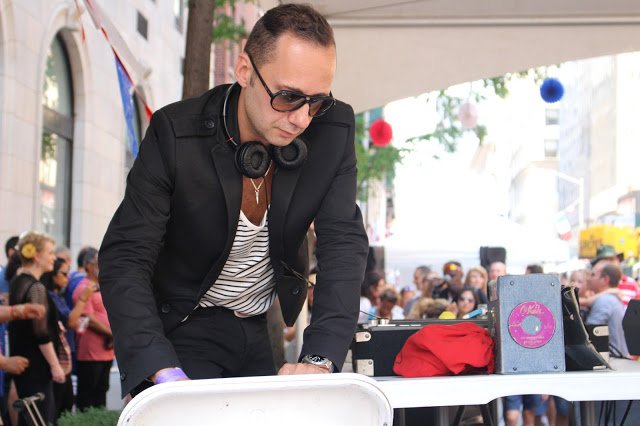 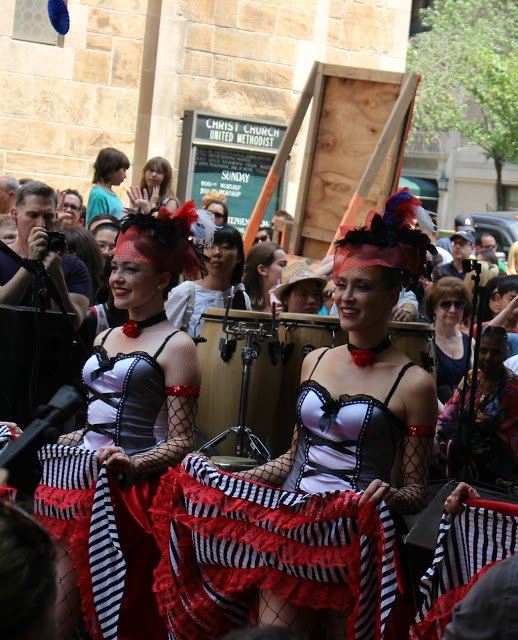 The air was sultry, and the near-capacity crowd caused a few pedestrian jams at several points in the festival. But, we endured.

A diverse group came out–– there were New Yorkers aiming to indulge in French savoir-faire, tourists wandering east from nearby Central Park and in search of macarons, and expats counting on a day among the familiar, just outside the French Institute Alliance Francaise between Fifth and Madison Avenues.

No matter who, what, and why, Bastille Day is an excuse to dive into the culture of France –– be it through eating French food, sipping Ricard or fine tea, listening to live music, smelling fresh, colorful flowers, or playing a game of Pétanque. Vive la France! 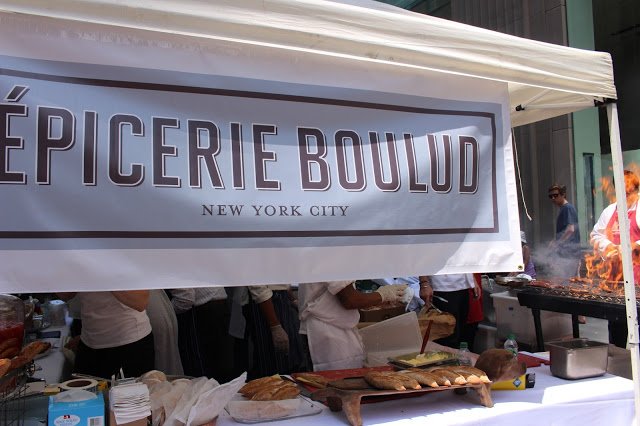 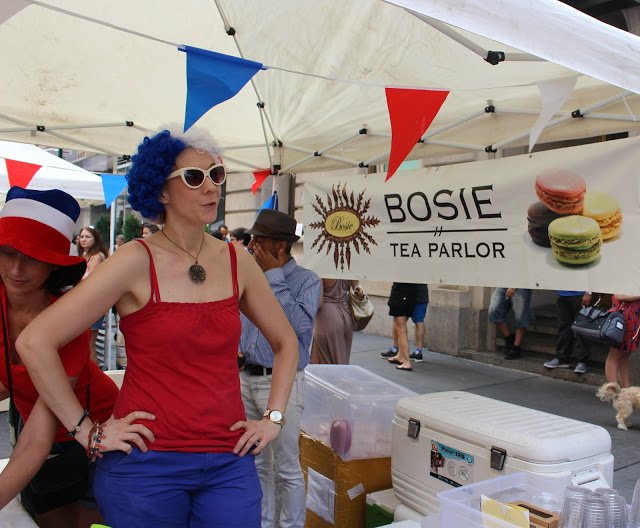 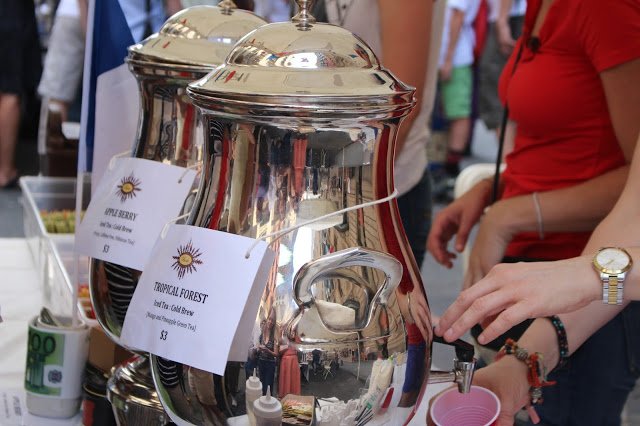 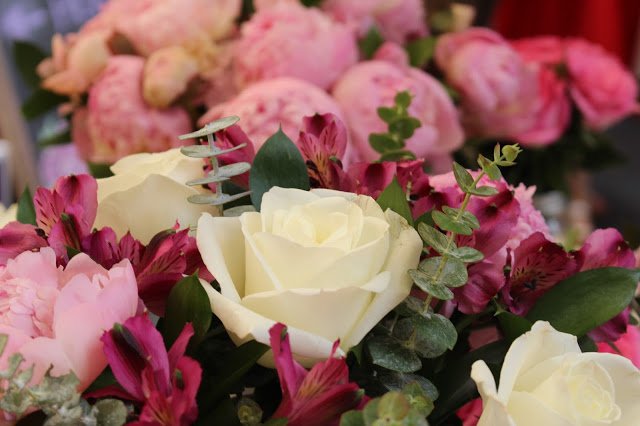 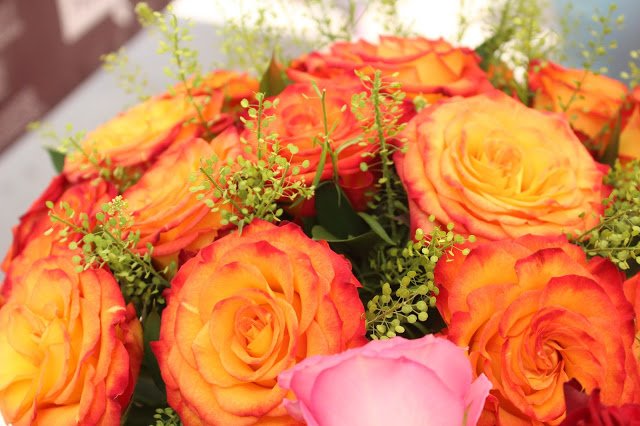 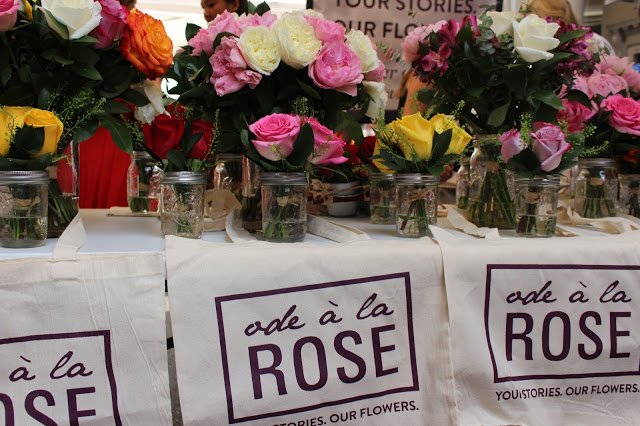 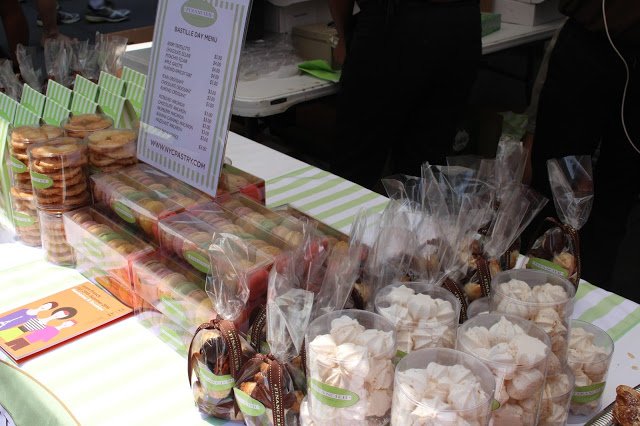 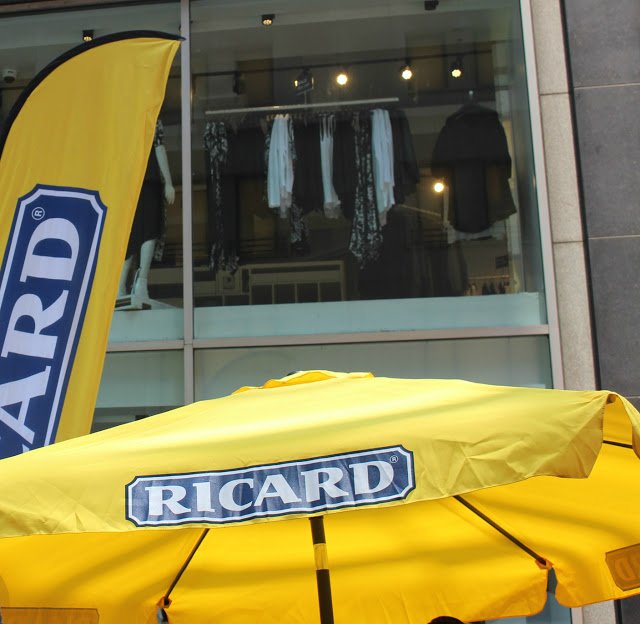 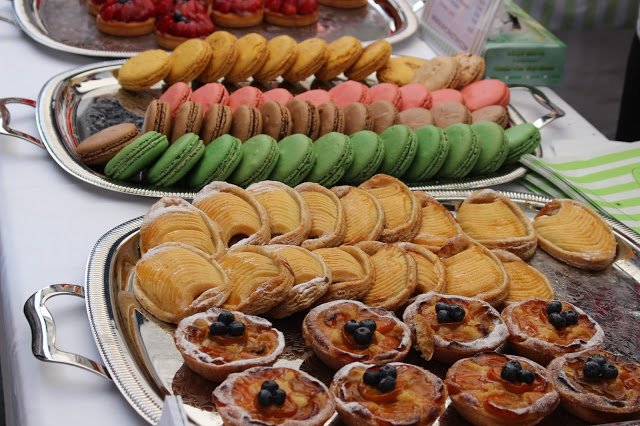 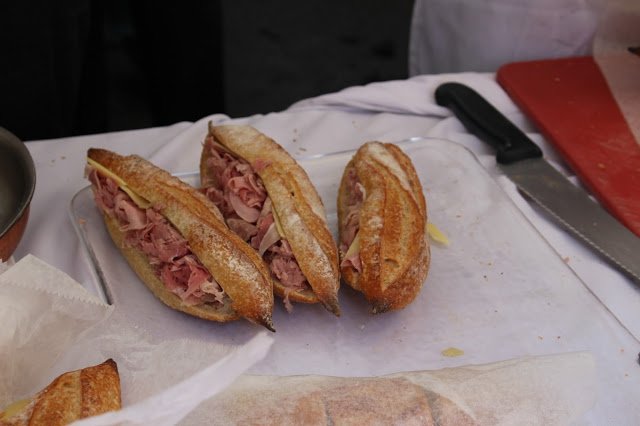 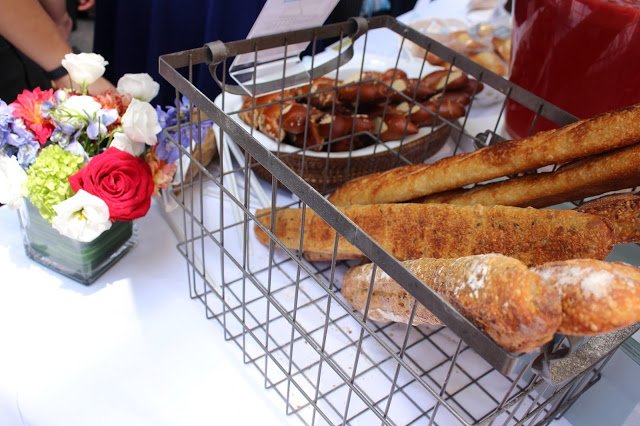 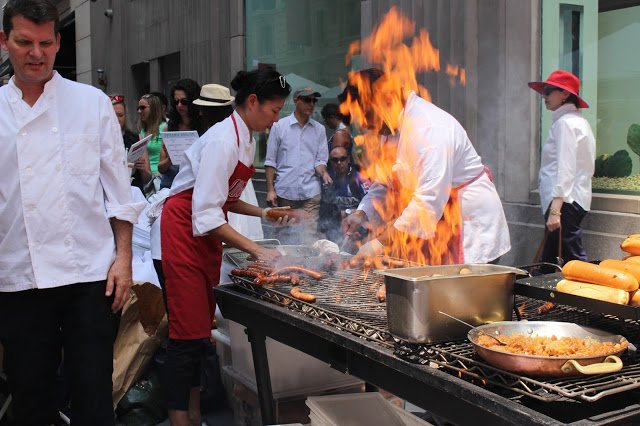 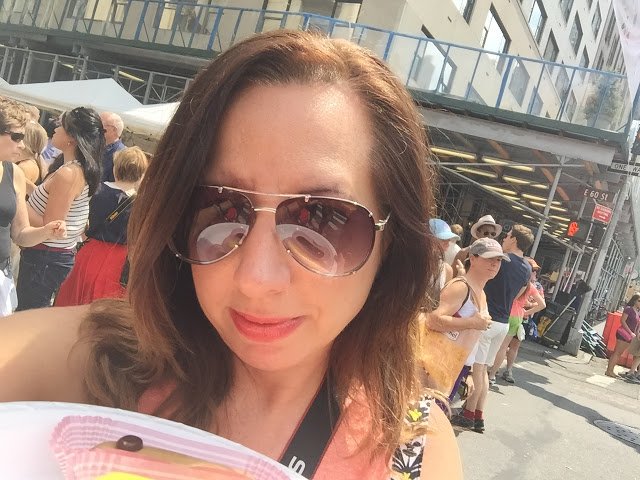 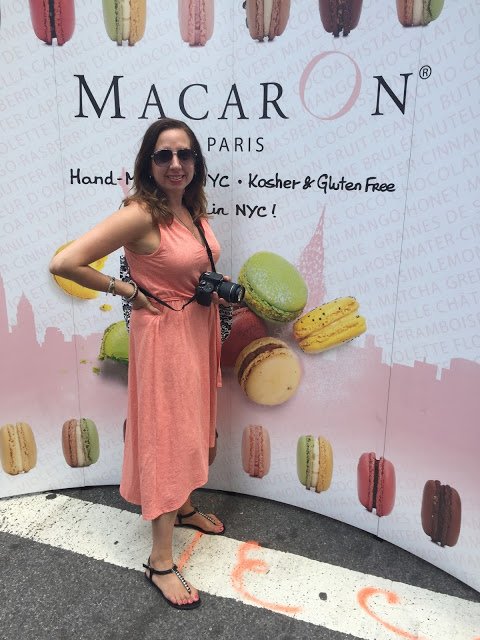 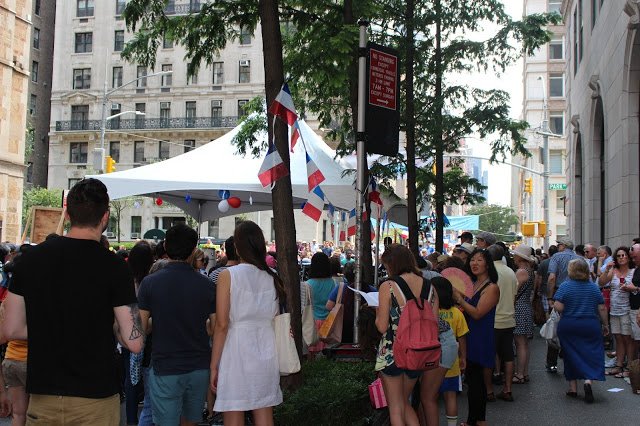 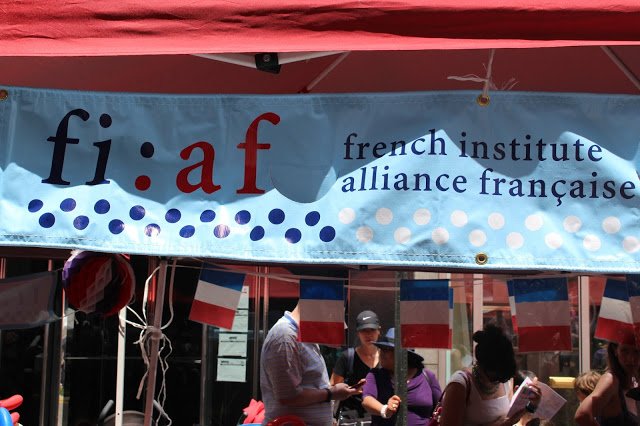 Also, other ways to feel French and celebrate Bastille Day all week long in New York.

« 7 NYC Apartment Hunting Hacks
Reason #99 Why You Shouldn’t Miss the US Open in Flushing Queens: THE SCENE »