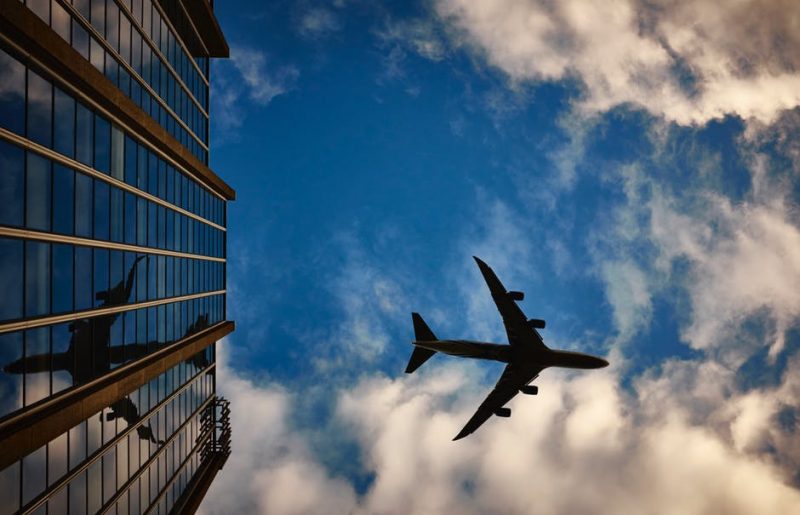 There’s a lot of info about airlines and service (or lack thereof) circulating the Internet. In my opinion, most USA-based airlines can’t compare with their international competitors in a lot of ways, specifically, comfort, amenities, and crew.  You’ll find few US airlines on the best of lists, and there’s a reason (or several). Of all the flights I’ve taken since I moved to New York, these are the best airline experiences to and from NYC that I’ve had to date.

I flew LAN when I went to Ecuador on a press trip and had a comfy economy class seat on a spacious 767. Not only was the flight pleasant, but the crew was friendly and fabulous, catering to passengers and making us feel relaxed and comfortable. LAN fed us a full dinner with wine and an after-dinner drink (yes, really), plus other snacks. I consider this in-flight experience one of my most memorable. It was also fun to watch American movies with subtitles and practice my Spanish at the same time.

From NYC, Elite flies to Vero Beach and Bimini, Bahamas only, so you won’t be able to book a flight from New York to other destinations through this airline (at the writing of this blog post, anyhow). Sure, it’s a small plane, so the ride’s not quite as smooth as what you’d experience on larger jets, but I almost felt as if I was on a private aircraft (with one flight attendant!), and I liked that feeling. Plus, Elite Airways offers complimentary sparkling wine and snacks on the short trip to Vero Beach (it’s less than 3 hours), and I can only assume that they provide the same on the Bimini flight. I also want to mention Portland-based Elite flies to other places like Bar Harbor, Sarasota, Asheville, and Fort Collins, Colorado but those flights take off from other cities and not NYC. Some routes are seasonal, so check the website for more info.

I’ve flown Delta for years both domestically and internationally. After a terrible experience with the airline more than a decade ago, they have, at long last, redeemed themselves in my eyes. I was trying to book Wi-Fi and a seat upgrade on my recent flight to Phoenix, but Delta’s website wasn’t responding. I ended up getting double charged and spending more than an hour on the phone with different agents trying to fix the issue. I was pretty frustrated and requested to speak with a manager. Enter Tony. 🙂

Tony came to the rescue, and not only took care of my credit but upgraded me to Delta Comfort+ for my flight out (I was flying alone to Phoenix), and he was kind enough to upgrade me on my return flight.  In case you haven’t tried it, Delta Comfort provides four more inches of leg room, unlimited snacks and beverages (alcoholic too) as well as priority boarding and a dedicated overhead compartment. Prices vary but could be as little as $60 more on a short flight. The upgrade costs less if you purchase in advance than if you buy on the plane. After you fly Delta Comfort+, there’s almost no going back to coach. I don’t know who or where Tony is, but I can’t thank him enough.

I wasn’t surprised at all when I read that this Dubai-based company won a slew of awards including the world’s best airline.  After my flight back from Milan last year, I cannot say one bad thing about Emirates, and I flew economy. For one, the airline feeds you more than you can eat! I made the huge mistake of chowing down on a pizza and huge salad before I boarded (thinking, I wouldn’t be eating for hours), and well, I was so wrong. Emirates takes cuisine (and cocktails) seriously. Not only did I have a complete Halal meal with wine, but they served pizza and other snacks throughout the flight, some of which I had to turn down because I was not at all hungry.

The plane was spotless, and the crew was polite, personable, and attentive, (we didn’t want for anything). The flight attendants get my vote for most stylish uniforms too. Plus, Emirates provides free Wi-Fi and more than 2,500 entertainment channels, so your flight literally flies by. To sum up my experience with Emirates, they treated me like royalty (and had no idea that I was a travel blogger). If it’s in your budget, their business class provides gourmet dining, and if you can swing first class, you’ll get fine dining food and Dom Perignon too. What else can I say? Fly Emirates and you will find out for yourself. 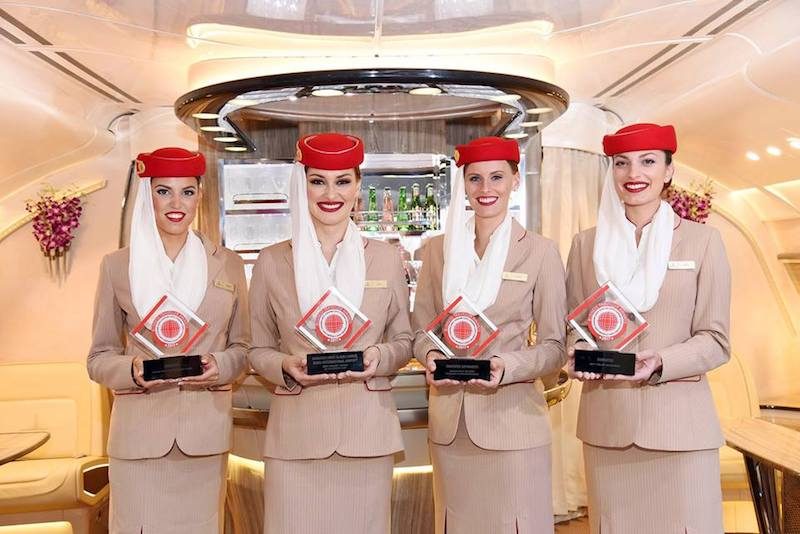 I think we can have great flights and not-so-great flights with any carrier. Most discount airlines are going to offer bare-bones service and amenities, and I have found that after buying a seat, water, snacks, and paying to check or carry on luggage, etc. on a discount airline, it adds up to about the same amount as if I had flown coach on another airline.

Which airlines am I most interested in trying? Hawaiian Air, WOW Airlines (Iceland), Qatar, and Virgin America.

Which have been your best airline experiences to and from NYC or anywhere? Let us know in the comments.

Also, where to go when you need a break from the city, and escape for an I Love NY weekend upstate.