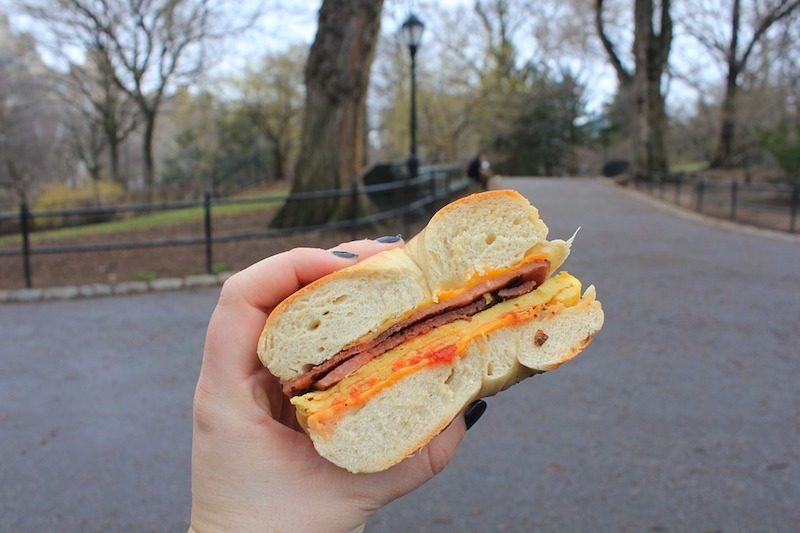 The breakfast sandwich is like the great equalizer of New York. In its purest form, the egg-and-cheese-on-a-roll deli staple is tasty, cheap, and satisfying. At the same time, fancier versions with cured meat, specialty cheese, sauce, and spices on artisanal bread are making foodies’ breakfast dreams come true. Whether you’re looking for a no frills, ready-in-five minutes meal from the corner bodega or something more embellished that promises a life-changing culinary experience, here is where to get the best breakfast sandwich in NYC.

When owner Jessica Bologna couldn’t find a bacon, egg, and cheese sandwich that met her standards in NYC, she decided to take matters into her own hands and opened BEC. Located in Chelsea, BEC serves made-to-order egg sandwiches that use all organic and locally-sourced ingredients. The eatery’s name actually stands for bacon, egg, and cheese, and the signature namesake sandwich is what sends everyone’s hearts and stomachs a flutter. Look forward to a lip-smacking combination of smoked bacon, sharp cheddar, and egg on a toasty brioche bun. 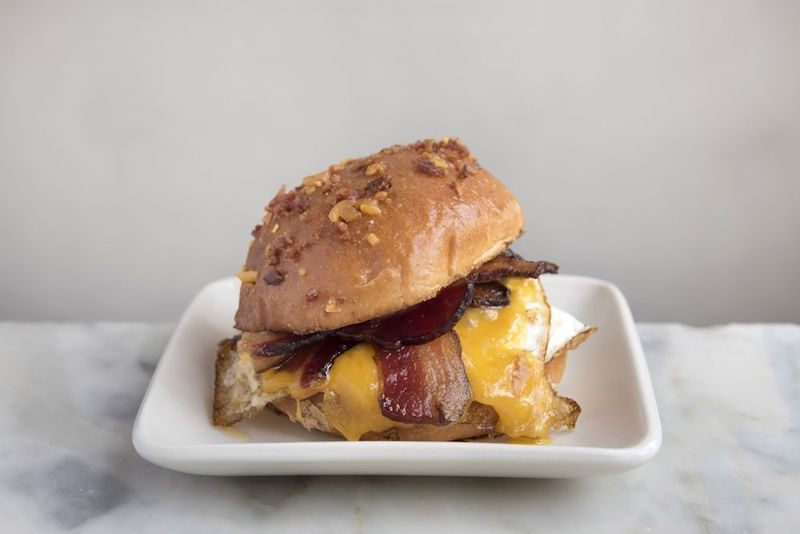 Housed in the Ace Hotel, the Breslin is an upscale gastropub pub known for its culinary take on comfort food. Typically on our radar for dinner and cocktails, the Breslin also serves a delicious breakfast with the Ovenbaked 3 Cheese Sandwich ranked as its shining star. A cheese lover’s dream, the sandwich boasts raclette, manchego, and montrachet layered between filone bread. While heavenly on its own, we recommend taking it to the next level by adding egg. Your arteries won’t thank you, but your stomach will!

With a name like this, we can justly assume that this cozy SoHo eatery might have the winning recipe to serve the best breakfast sandwich in NYC.  Owners Sara Schneider and Demetri Makoulis, who are also husband and wife, and chef Nick Korbee, were so inspired by the versatility of the egg that they decided to dedicate a whole restaurant to the food and opened Egg Shop in 2014. The organic sandwich menu is rounded out with mouthwatering and inventive choices. We suggest the Egg Shop B.E.C. with broke yolk, Vermont white cheddar, black forest bacon, tomato jam, and fresh pickled jalapeño on a panini roll. In Brooklyn for the day? Check out Egg Shop’s second location in Williamsburg. 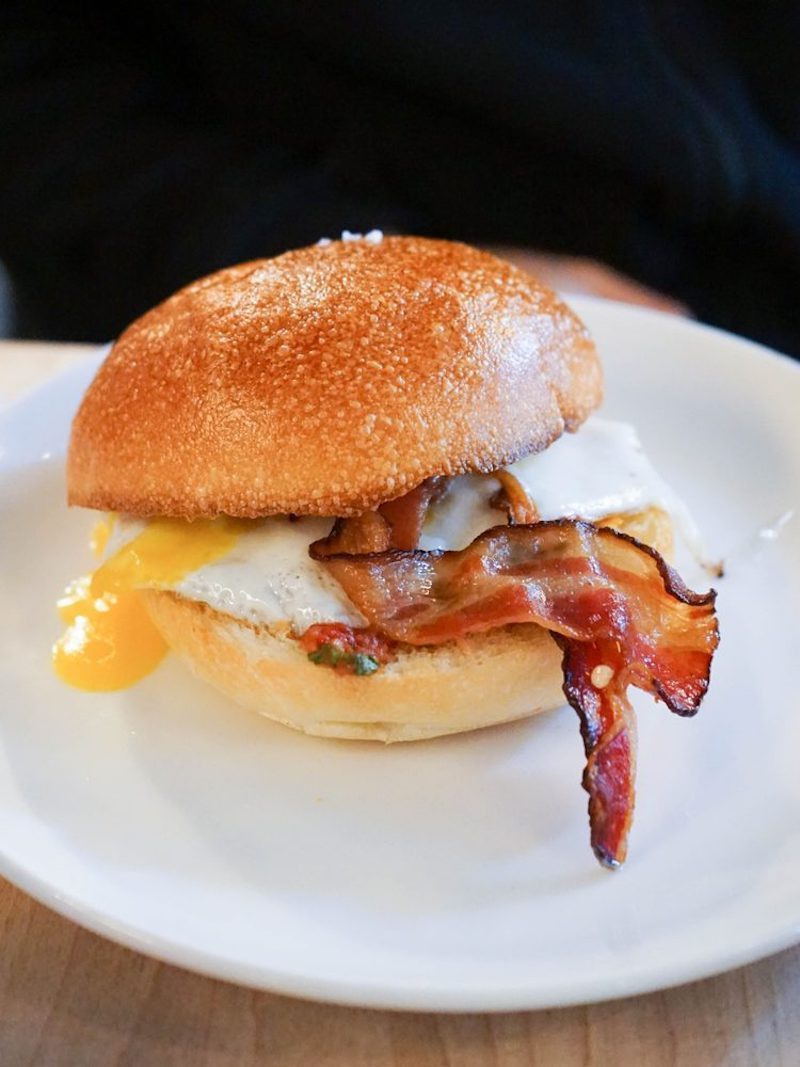 Open 24 hours a day, Sarge’s Delicatessen & Diner bills itself as “one of New York’s most favorite quintessential Jewish style restaurants.” As expected, the homemade matzo ball soup, corned beef hash, and homemade cheesecakes are amazing. But Sarge’s also serves up one of the best breakfast sandwiches in NYC guided by the motto “if it ain’t broke, don’t fix it.” Look forward to biting into a perfect balance of crispy bacon, melted cheese, and egg served on a lightly toasted poppy seed bun.

Located right off the High Line where the Meatpacking District and West Village converge, High Street on Hudson makes the list with The Bodega. Don’t let the name fool you.  This scrumptious creation is anything but your run of the mill sandwich. Malted breakfast sausage, egg, and aged cheddar are served on a toasted sage-black pepper biscuit. For a perfect start to the day, order The Bodega and a coffee from the restaurant’s take out counter and head up to the High Line to enjoy your breakfast with a view.

Also, breakfast is the most important meal! Where to have a ladies lunch. Plus, a great Upper West Side spot for a birthday lunch.

« Fun Stores for a Day of Murray Hill Shopping
What’s Life Like in Jackson Heights, Queens? »