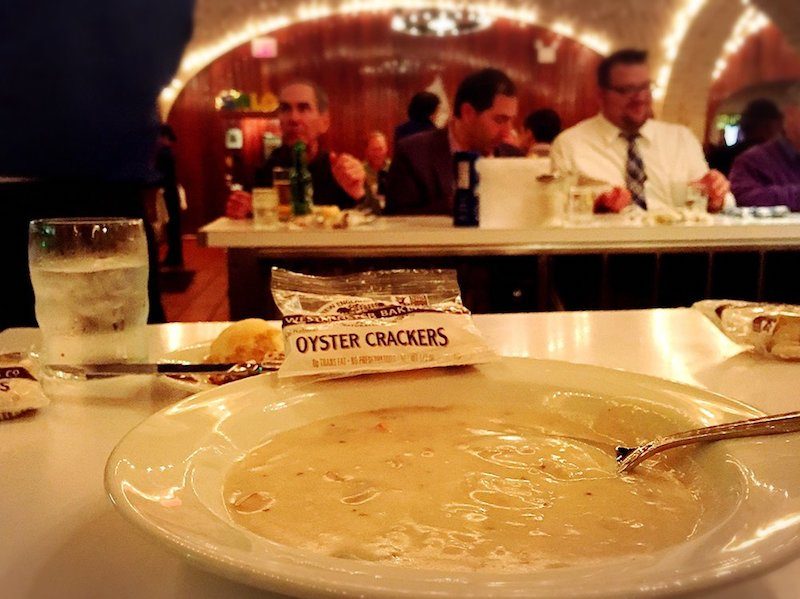 When it comes to warm comfort foods, clam chowder is in a league of its own, often raising contention among fans. First, there’s the debate about which style is best – the tomato-based Manhattan or cream-and-potato New England. Do you like yours creamy, chunky, or smooth? Full of rich, buttery flavor or with a little zest? One thing is for sure. The seafood and vegetables have to be fresh and tasty. Here’s where to find the best clam chowder in NYC.

Housed under the mesmerizing vaulted ceilings in the lower level of New York’s iconic transit landmark, Grand Central Oyster Bar has undergone numerous changes since opening in 1913. In 1974, late owner Jerome Brody stepped in, transforming it into the famed seafood restaurant it is today. To say this Grand Central Oyster Bar knows a thing or two about chowder is a gross understatement. The Manhattan is good, but we suggest ordering the New England. Brimming with clams and potatoes then hit with a dash of bacon, it never disappoints!

Ed’s Lobster Bar puts a modern spin on the New England lobster shack. Tucked away on the Lower East Side, this charming eatery is headed by chef-owner Ed McFarland who cut his teeth as sous-chef at Pearl. The lobster rolls are on just about everyone’s “Best” list. But Ed’s New England clam chowder also deserves honorable mention. A warm, creamy, flavorful bowl is guaranteed to whet your appetite for the oncoming seafood feast! 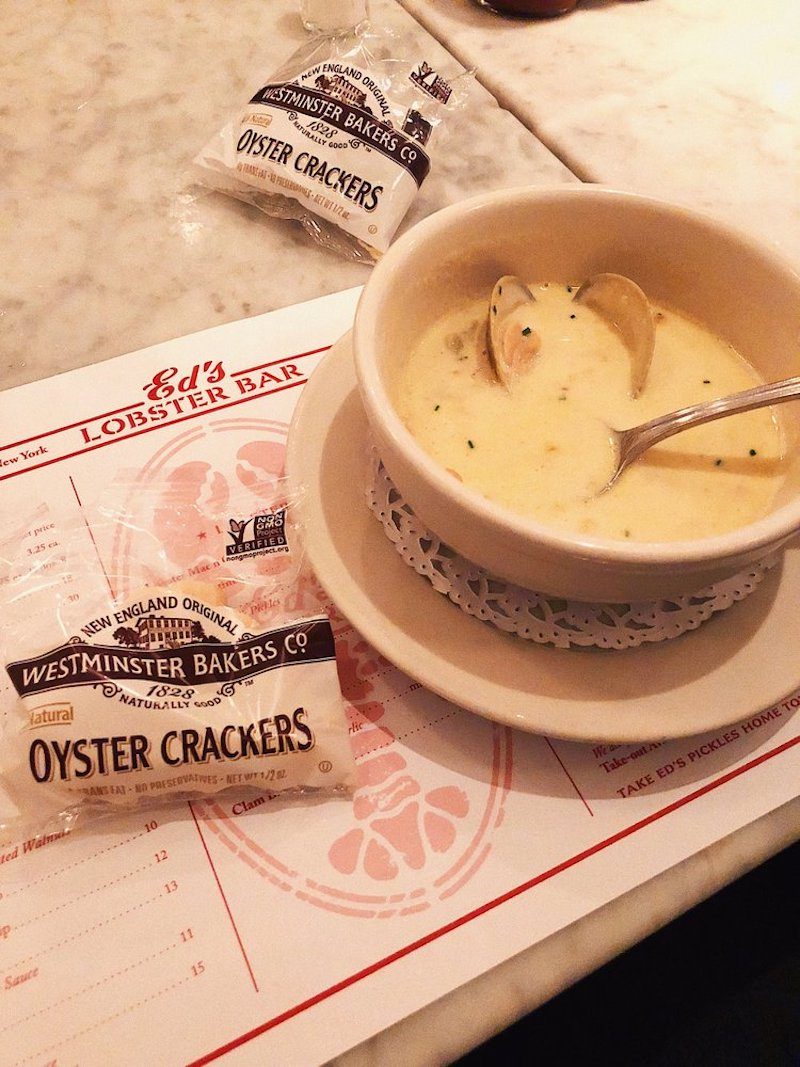 Conveniently located across the street from Carnegie Hall, Redeye Grill has a spacious interior, which provides the right atmosphere for after-work drinks and dinner or an evening out thanks to a nightly live music series. Whether you’re in the mood for a juicy burger or lobster and crab lasagna, the menu is full of comfort food staples, and many made with a flavorful twist. So many tempting choices makes deciding what to order hard! Make it easy for yourself, at least for the appetizer, and start with a bowl of Redeye Grill’s satisfying New England clam chowderm– undoubtedly some of the best clam chowder in NYC.

Boasting a rich deco-styled interior, this mid-town restaurant is a favorite with the after-work crowd who wants to mix business with happy hour. A seasonal menu is deep with seafood dishes and includes standards such as fried calamari, crab cakes, and lobster roll along with sushi and sashimi. Everything at Dock’s Oyster Bar is solid, and the Manhattan clam chowder, made with chunks of clam and potatoes in a tomato base, hits the spot.

This Greenwich Village restaurant offers a seasonal menu inspired by chef-owners Mike Price and Joey Campanaro’s favorite ingredient, the clam. Cozy, friendly, yet stylish, the atmosphere at The Clam is perfect for a date, dinner with friends, or when the folks are in town and you want to take them somewhere nice. And listed under the menu’s ‘House Specialties,’ you’ll find the clam chowder. The Clam’s mouthwatering version is flavored with bacon and leeks and served with oyster crackers. 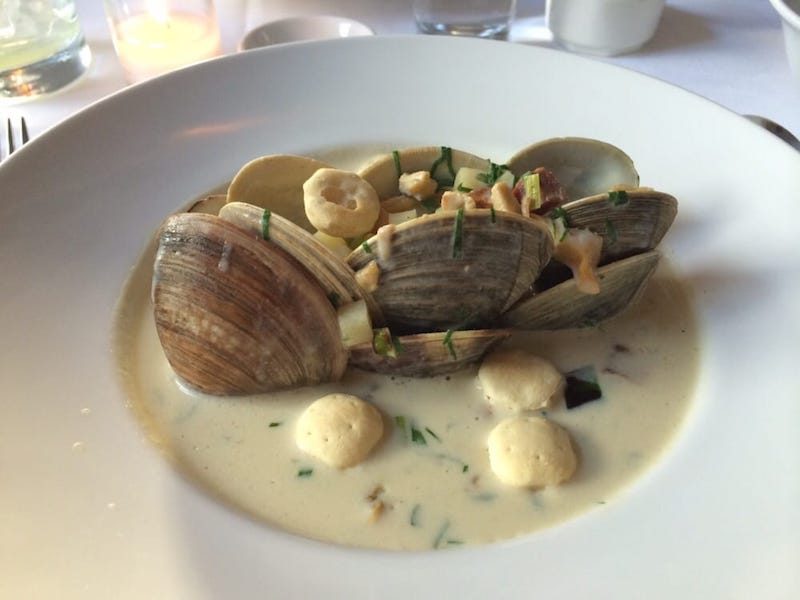 Where’s the best clam chowder in NYC? If you’ve had a bowl, tell us!