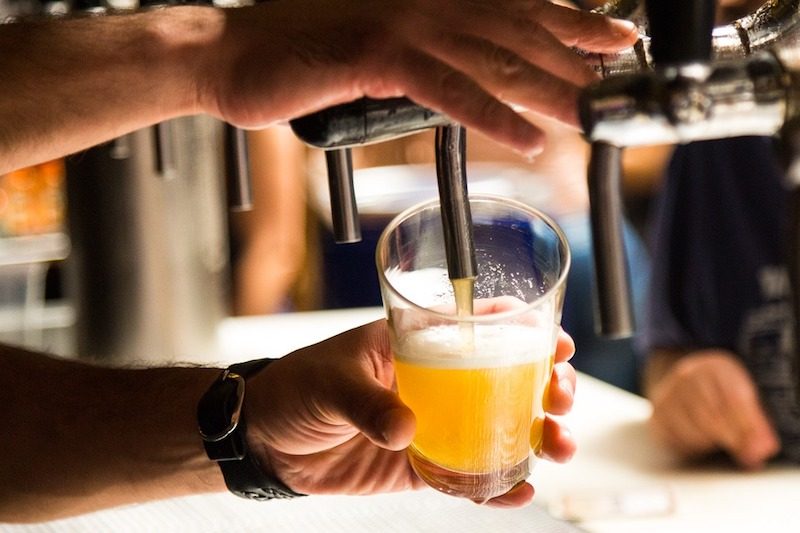 The craft beer game in New York City is a competitive one. Beer enthusiasts can rejoice at the bevy of bars offering the finest, tastiest, and rarest brews from around the world. These are not places to go when you want to kick back with a couple of Buds. You can expect serious side eye upon placing such an order. Rather, these spots take pride in the beer knowledge and history between their walls, and they’re happy to share it with thirsty and appreciative patrons. Here are some of the best craft beer bars in NYC.

Jeppe Jarnit-Bjergsø, the brewer behind Denmark’s Evil Twin, teamed up with Daniel Burns, formerly of Noma and Momofuku Labs, to open Tørst, a Scandinavian craft beer bar in Greenpoint. With 21 beers on tap and a bottle list nearly 200 deep, the selection is a beer geek’s dream come true. Promising the perfect pour, a custom-built draught system called the flux capacitor regulates carbonation and temperature to optimal serving conditions. A marvel of interior design, Tørst showcases stunning reclaimed woodwork, a beautiful marble bar, and Scandinavian chairs from the 1960s.

Don’t let the dated sports bar ambiance fool you. Bronx Alehouse serves a venerable craft beer selection with an all-domestic roster. For sports fans, several flat screen TVs play the games, but beer lovers will be more interested in the scrolling menu displaying pertinent info about the beers on tap. See style, brewery, location, ABV, size of pour, type of serving glass, AND how much beer is in the keg and the next beer up for rotation. 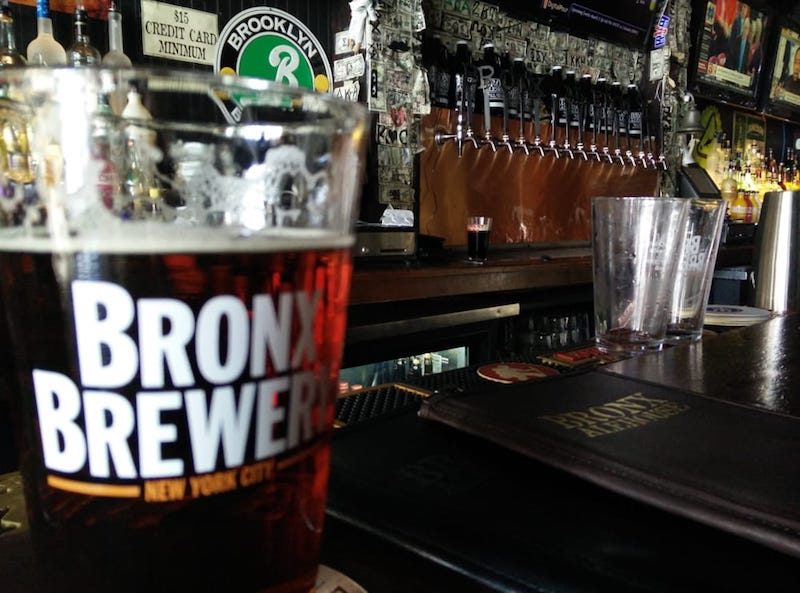 Since opening its doors in 1995, Blind Tiger Ale House has been considered a pioneer of the best craft beer bars in NYC. Look forward to an extensive selection of microbrews featuring classic favorites and lesser knowns with 29 varieties on tap rounded out by an impressive bottle selection. A place this good and established is surely going to draw a crowd at all hours, so expect to rub elbows with a mix of industry insiders passing through, local beer lovers, and folks just looking to imbibe and have a good time.

One of the more spacious bars on the list, Alewife NYC in Long Island City boasts two floors with seating to accommodate 200 people and a back patio. Look forward to a diverse selection of unique and hard-to-find beers on tap that includes fruit-infused brews, lagers, stouts, and porters. The kitchen is worth mentioning and serves seasonal bites that pair perfectly with a refreshing pint.

Named after J.P. Donleavy’s wildly hilarious novel about the booze-induced adventures of Sebastian Dangerfield, The Gingerman has all the makings for a cozy Irish pub. But it’s the incredible 70 beers on tap, 150 bottles, and rich whiskey selection that have made this bar a venerable drinking establishment. When the munchies hit, there’s a solid menu that lists buffalo shrimp, a roast beef sandwich, and a German sausage plate served with Brooklyn Brine whiskey barrel sauerkraut, potato salad, grainy mustard, and black bread. 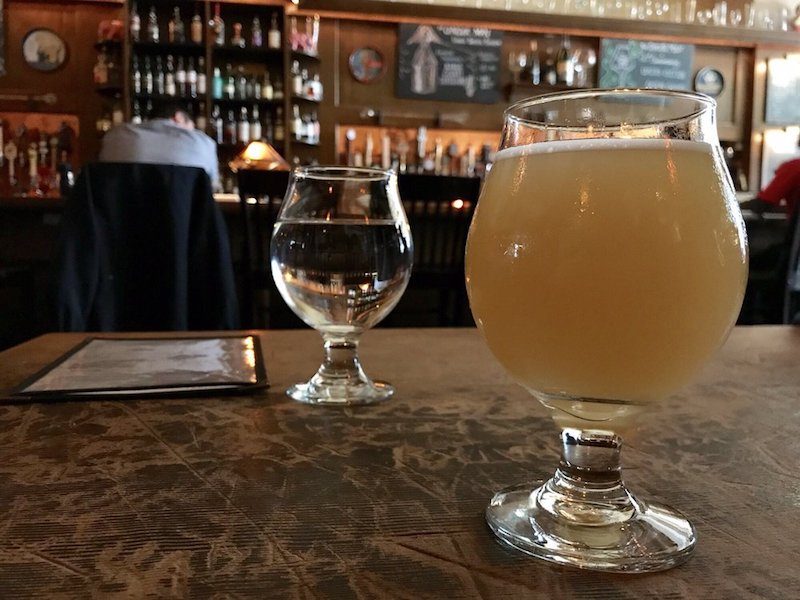 Have you tried any of the best craft beer bars in NYC? Do you have any to add to our list? Please share!

Bronx Alehouse photo by Kevin M. via Yelp. Gingerman photo by Aoi U. via Yelp.

Also, great spots for cocktails in Williamsburg, and NYC bars for mixology fans.

And, terrific bars on the Lower East Side.  Plus, how about a craft cocktail in Brooklyn!

« We Will Never Forget
Affordable Flats for Fall in the City »