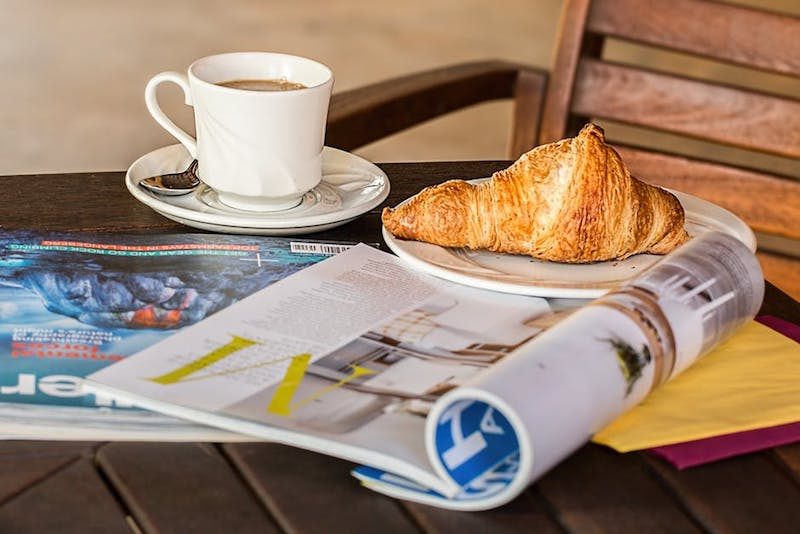 Flaky, buttery layers with a wonderfully light interior set the croissant apart from the rest of French pastries. Scan any sidewalk café in Paris and you’ll see people conversing over coffee and a croissant, and  without a doubt, they’re enjoying every mouthwatering bite. But how does NYC’s version of the crescent-shaped delectable compare? The city has its share. Here’s where to find some of the best croissants in New York City.

Shortly after opening his Brooklyn bakery, Chef and Owner Zachary Golper wrote Bien Cuit: The Art of Bread, a book with recipes devoted to his greatest culinary passion. It’s no surprise then that Golper’s croissant consistently tops the “best of” list. The Bien Cuit menu as a whole section allotted to flaky pastry with temptations such as pain au chocolat and artichoke & goat cheese. We suggest starting out with the traditional, which is made of dough with a milk-based preferment that rests for 36 hours then baked to rich, buttery perfection. In Brooklyn? Head to Bien Cuit’s original location at 120 Smith St.

A James Beard Award-winning chef, Dominique Ansel is a genius. His indulgent invention, the Cronut®, a hybrid pastry that joins the croissant and donut, started a craze with lines queuing up outside his SoHo bakery before sunrise. Head to Dominique Ansel Kitchen where Ansel has created a delicious offering of croissants, both sweet and savory. Order the almond lavender croissant (pictured below) or the garlic bread croissant, a must-try made with a “sprinkle of rosemary olive oil and those melty confit garlic.” 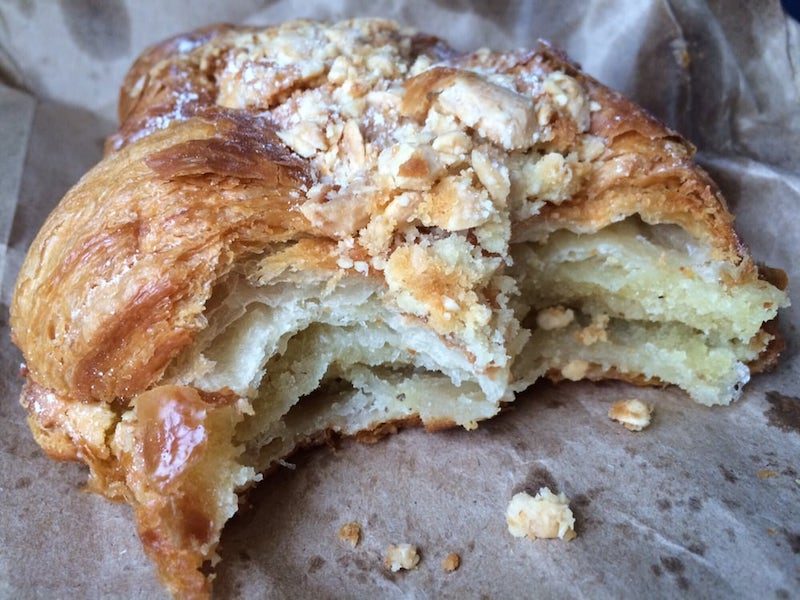 Chef and owner Maury Rubin is known for many good things in the international pastry world. And when Rubin introduced the pretzel croissant at City Bakery a few years back, he forever changed baking as we know it. The innovative take on the traditional French pastry quickly rose to cult status. After a laborious 48 hours of being worked in the kitchen, the dough is folded and shaped using the same methods employed by master patissiers from generations before. A buttery wash and sprinkling of rock salt give the croissant that surprising and addictive pretzel crunch. Get Rubin’s pretzel croissants at City Bakery’s sister outpost Birdbath Green Bakery too.

Francois Brunet, Daniel Boulud’s baker, has added a sweet twist to the classic pain au chocolate. You’ll first notice the difference in appearance. A gorgeous geometric pattern covers the outermost layer thanks to a specialized method used to fold the dough. A second variance is detected upon the first bite. Brunet has swapped out chocolate and filled and iced the pastry with Nutella. It’s decadent perfection, and easy to taste why it’s one of the best croissants in New York City.

New to NYC’s bakery scene, Patisserie Florentine aims to recreate the flavors of Paris, offering a stellar menu of fresh-made goods. Owners and brothers Itay and Tomer Zilkha have experienced success at their original location in Englewood, NJ. where the almond croissant is the main crowd pleaser. See what all the buzz is about and head to the East Village outpost where you can enjoy the rich, buttery dessert and coffee. 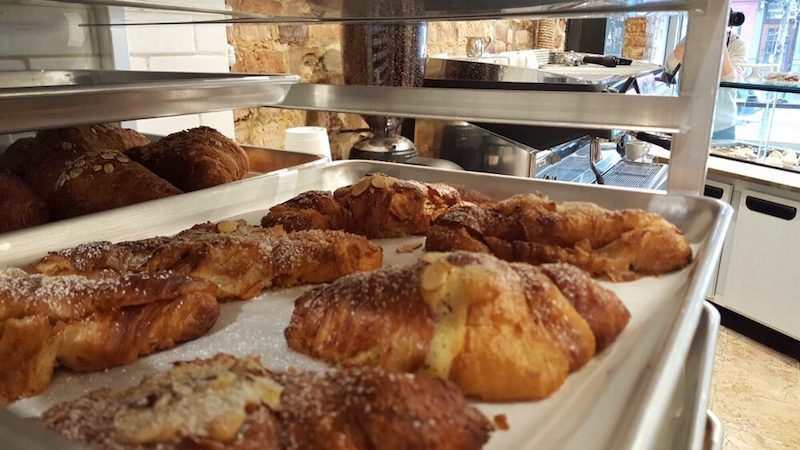 « Things I Miss About My Life in New York
Splurge or Save: Bedding »