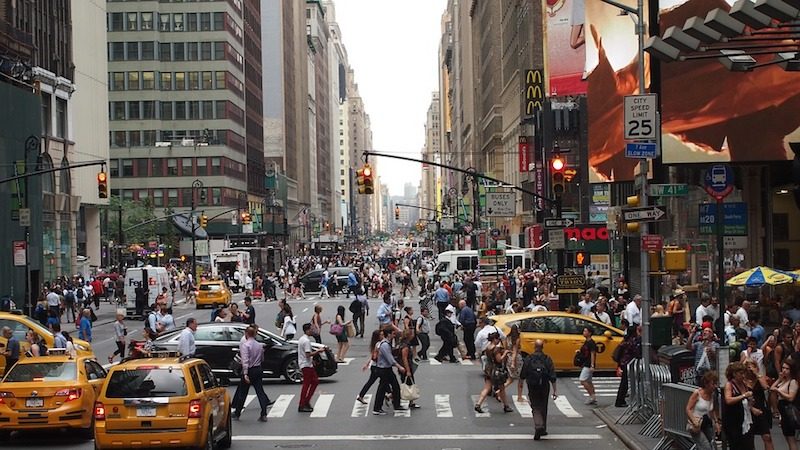 One of the best things about New York is that the city is home to restaurants serving up every ethnic cuisine imaginable, and eating here is comparable to taking a culinary tour of the world. Just west of the Theater District, Hell’s Kitchen boasts a concentration of eateries offering new and worldly dining experiences. When you’re in the mood for spicy chicken vindaloo or kimchi pork bibimbap, head to some of the best ethnic restaurants in Hell’s Kitchen.

A favorite among locals, Kashkaval Garden is a place where diners can relax and enjoy Mediterranean- inspired food in a friendly atmosphere. The menu focuses on small plates with cheese as the main ingredient. Try the house fondue featuring Bulgarian Kashkaval cheese made with sheep’s milk, Turkish Lahmajun made with flatbread topped with ground lamb, onion, and pomegranate, or spicy-sweet peppers stuffed with goat cheese and basil. And as the name suggests, the restaurant has a cozy back garden, providing the perfect setting for a dinner with friends or a first date.

The abundance of Thai restaurants in Hell’s Kitchen can be overwhelming. Wondee Siam guarantees a solid, authentic meal when a craving for a Thai hits you around lunchtime. You won’t’ even notice the eatery’s modest space once you take that first delicious bite. The menu is extensive offering favorites such as Panang curry made with coconut milk, bamboo shoots, pineapple, basil, kaffir lime leaves, and bell peppers; fried pork with basil, and pad Thai, of course. Lunch specials are just $8. 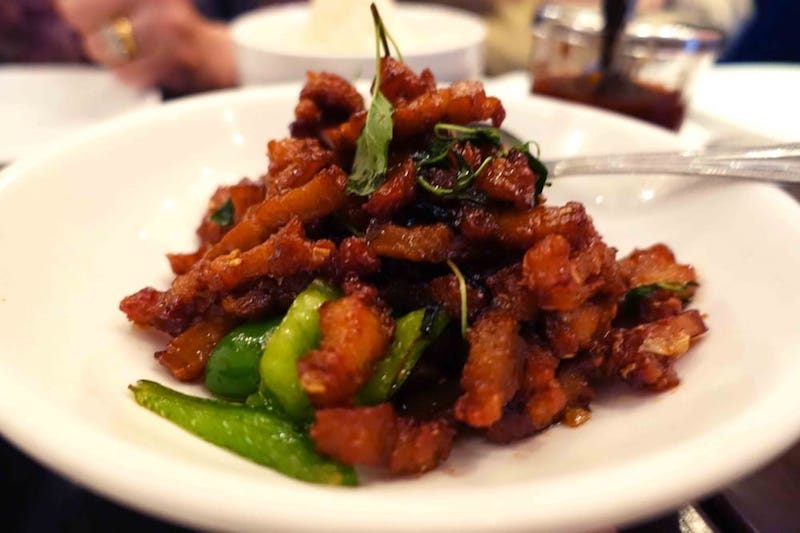 Located on a quiet corner in Hell’s Kitchen, Taboon blends the unique flavors of the Middle East and Mediterranean, offering a menu self-described as “middleterranean.” Taboon means “oven” in Arabic, and it’s the restaurant’s white domed kiln that commands the attention of hungry patrons eagerly waiting for what’s cooking inside. Start out with the house flatbread, which is served warm and brushed with oil on a butcher board. For an appetizer, try the mouthwatering sweet potato falafel. For the main course, we suggest the Tunisian short ribs or taboon baked branzino.

After cooking at Masa (where a prix-fixe dinner is $595 per person), classically-trained chef and owner Hooni Kim decided to follow his passion for the food he grew up on and opened Danji. The gamble paid off with his restaurant that serves up traditional Korean dishes with a modern twist. Kim struck foodie gold with the bulgogi beef slider, which harmonizes Korean flavors on a mini hamburger bun. Other menu highlights include the spicy Korean fire chicken wings and soy-poached black cod with spicy daikon.

Located in the heart of Hell’s Kitchen, Badshah is the latest venture from restaurateur Abishek Sharmi who grew up in the business, learning from his father at the family’s restaurants Surya and Swagat. Former Babi Ji executive chef Charles Mani helms the kitchen and has established a menu that features creative dishes inspired by popular Indian street food. What makes Badshah’s food so unique is Mani’s philosophy of “tempering,” or layering and enhancing of spices and flavors. Highlights include the butter chicken with ‘makhani’ gravy, cheese kofta, and punjabi kadhi with yogurt and chickpea curry. 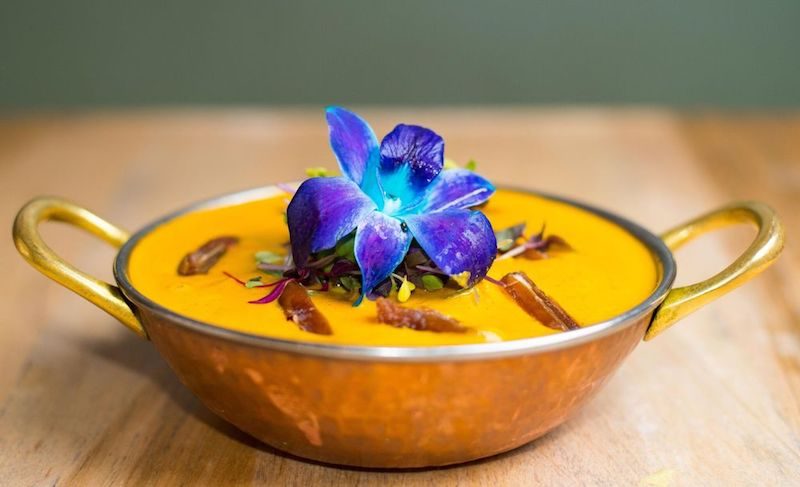 Do you have any suggestions to add to our list of the best ethnic restaurants in Hell’s Kitchen? Please share in the comments.

Also, dine around the world in New York, and try these museum restaurants. Plus, a list of NYC restaurants for wine lovers!

« When Is It Time to Leave New York?
6 Midtown East Shops to Explore »