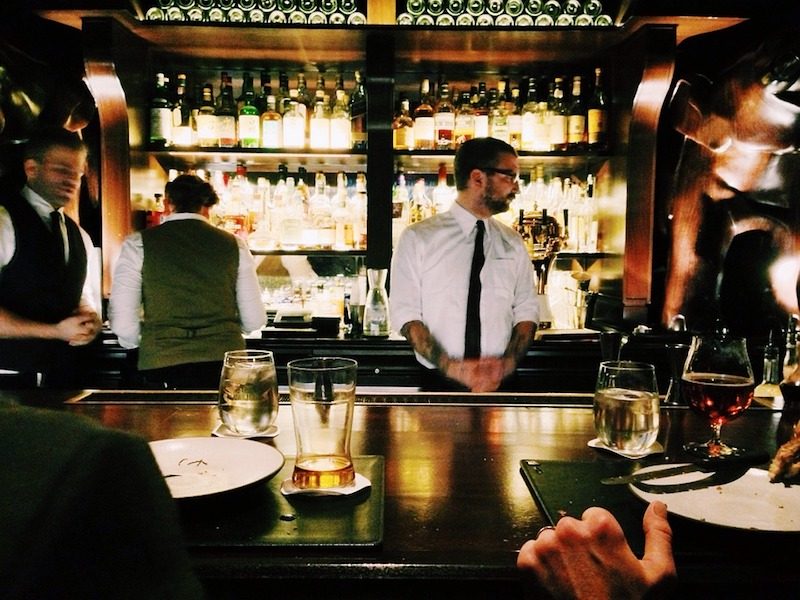 You work hard to pay the rent on time, and you’re in need of a much-deserved night out. Make it one to remember by donning your best attire, loading up your wallet, and venturing to one of New York City’s poshest establishments to indulge in a pricey, yet superbly poured cocktail or two. There’s an upscale nightlife scene for everyone, whether you’re in the mood for modern decadence with a club-vibe or the classic sophistication of a bygone era. To help you plan your next extravagant evening, we put together a list of some of the best NYC cocktail bars.

Located in Midtown, The Skylark offers the ultimate rooftop lounge experience with a view. The main bar boasts floor-to-ceiling windows overlooking Times Square, the Hudson River, Hudson Yards, and the Empire State Building. And during the warmer months, you can enjoy The Skylark’s beautiful outdoor space. Furnishings and décor by Meyer Davis Studio create an atmosphere that is both sleek and inviting. Look forward to a signature cocktail menu by mixologist Johnny Swet with inventive names such as the Red Headed Stepchild and Summer in the City.

Brought to you by nightlife power couple Brian and Carrie Packin, founders of City Nights Hospitality, Ascent Lounge sets a high bar for bringing contemporary luxury to the cocktail experience. The space was designed by Jeffrey Beers and is marked by an elegant interior illuminated by warm lighting. Located in the Time Warner Center, Ascent Lounge guarantees magnificent views of Central Park and Columbus Circle. The cocktail list runs deep with diverse offerings such as the lavender sazerac, lychee noir martini, and ginger mint mojito. 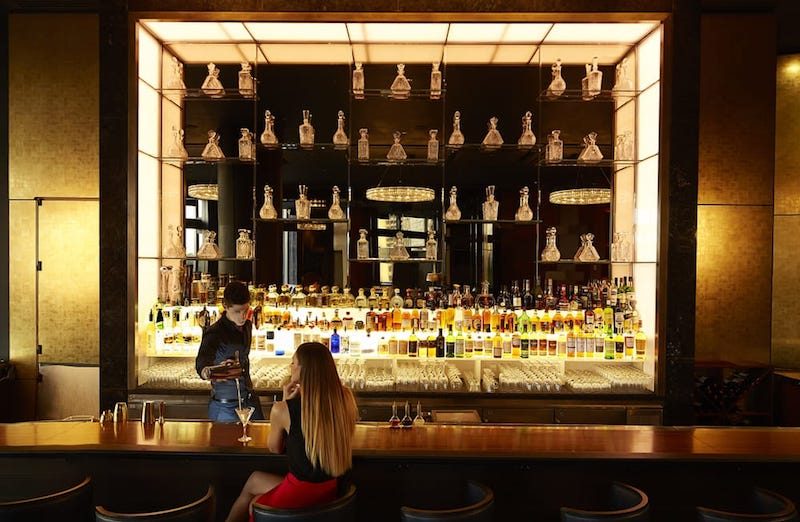 Artist Julian Schnabel and hotel giant Ian Schrager are the creative duo behind Rose Bar in the Gramercy Park Hotel. During Fashion Week, this stylish drinking spot becomes after-party central, and you can find celebrities and influencers here any night of the week. In addition to Julian Schnabel’s custom designed furniture, the palatial space exhibits enough artwork by contemporary masters such as Andy Warhol, Jean-Michel Basquiat, and Keith Haring to rival any leading gallery. Take in the dazzling scene around you while sipping a cocktail mixed to perfection.

Cocktail genius Audrey Saunders named her bar after the signature gin-based drink at Burma’s Pegu Club where senior British officers and government officials met during the early 20th century. Establishing the cocktail menu was a laborious effort with some drinks taking up to 25 test recipes before approval. The moody, exotic interior is decked out in dark wood, velvet couches, and palm plants. It’s no wonder that Pegu Club is known the world over as one of the prime spots to experience the art of drinking. 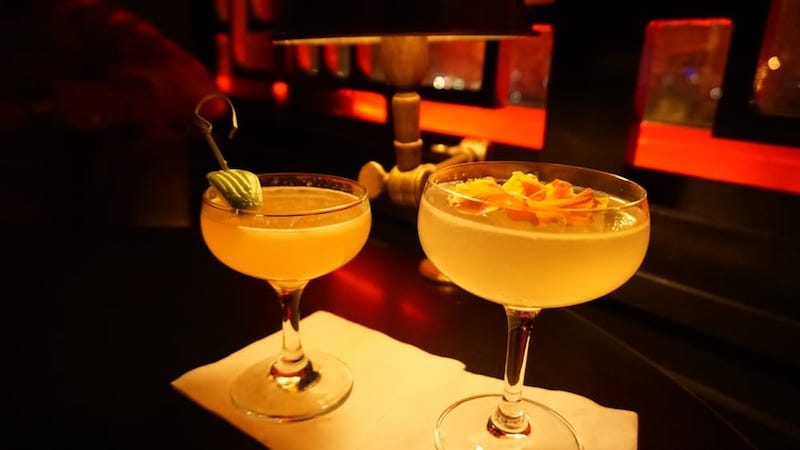 In 2009, Vanity Fair editor Graydon Carter, who is also behind Waverly Inn, took over Monkey Bar and commissioned illustrator Ed Sorel to paint murals celebrating the lounge’s heyday during the Jazz Age. Located in Midtown’s Hotel Elysee, the bar and restaurant is glamorous yet cozy, making it the perfect place when you find yourself with a full wallet and wish to reflect on New York’s exuberant past. The cocktail menu lists the classics alongside seasonal offerings and signature drinks, which are found under the “Monkey Business “ section. Favorites include Bandito made with jalepeño-infused tequila –it’s got kick – and the refreshing Spring Time made with citrus vodka and limoncello.

It could be said that prohibition produced a cocktail culture that espoused the enjoyment of drinking. Housed in the lobby of the Iroquois Hotel, Lantern’s Keep looks to this time for inspiration in atmosphere and libations. With its velvet seating, marble tables, and walls adorned with Impressionist paintings, the lounge evokes the look and feel of a Paris speakeasy during the 1920s. Under dim lighting, bow tie-clad bartenders mix a bevy of drinks to suit your liking such as the London Sour made with blended scotch, orgeat, orange, and lemon, and the Tritter Ricky made with gin, lime, fresh mint, absinthe, and seltzer. 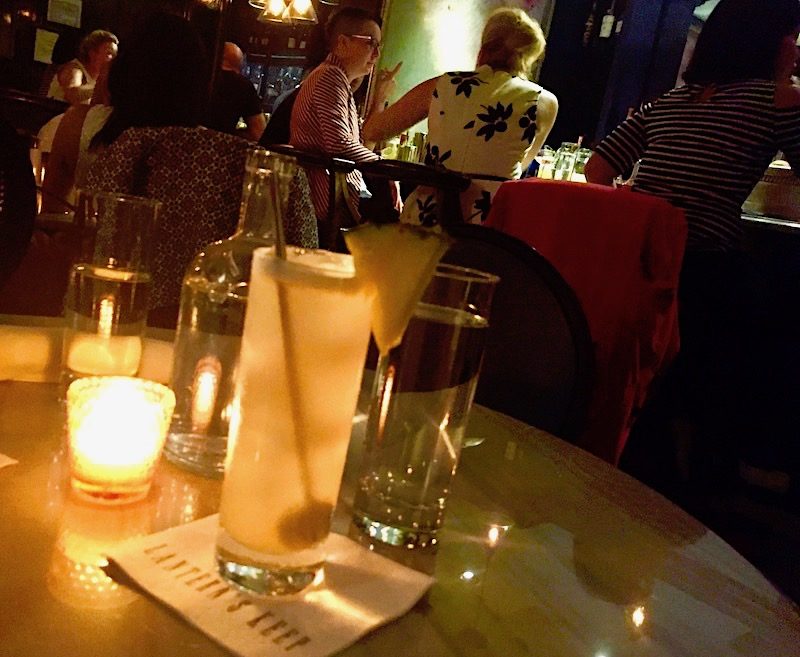 Ascent Lounge photo via the business owner, Pegu Club photo by Lisa I. via Yelp.

Also, where to drink cocktails in Williamsburg. Plus, best NYC-inspired cocktails and where to find them.

And, stylish wine glasses for any budget.

« Greenwich Village for a Night: My Stay at the Marlton Hotel
6 Stops for a Day of SoHo Shopping »