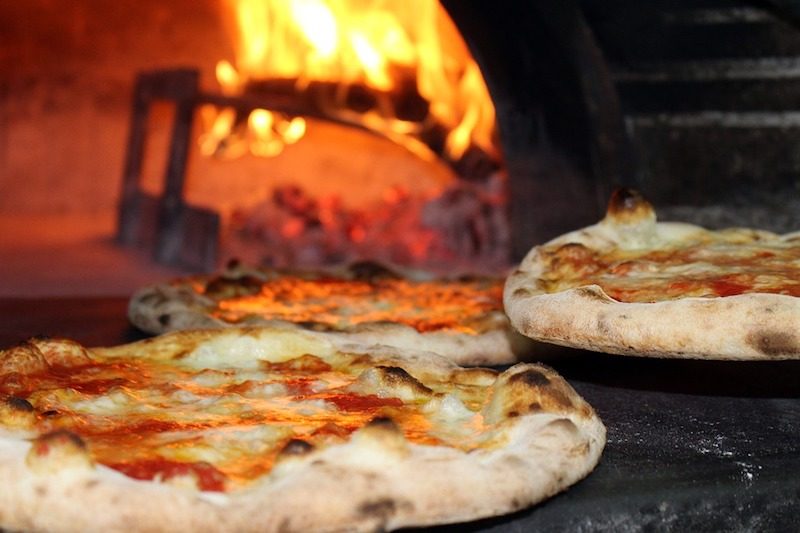 You won’t struggle to find a good pizza joint in New York City. Honestly, you’ll discover more slices throughout the five boroughs than you could sample in a lifetime. We’re making your pizza quest a snap so you won’t have to hunt high and low. From budget-friendly Manhattan slices to the must-try pies crafted deep in Brooklyn, we have you covered in our guide to the best pizza in New York City.

Rumor has it that the best of the best pizza is in Brooklyn. I cannot dispute that!

Eat pizza and witness food theater simultaneously. At Di Fara in Midwood, Brooklyn, owner and pizza maker Dom De Marco works his magic behind the counter, shaping a round, doughy disc, lathering it with San Marzano tomatoes then topping the pizza with fresh mozzarella. He removes the finished pie from the oven with his bare hands, then clips leaves from his very own basil plants for garnish and added flavor. The crust has the most wonderful char, and the pies lean pretty close to perfection. Check the hours before you go, and try to get there before the shop opens. Waiting is par for the course at Di Fara. 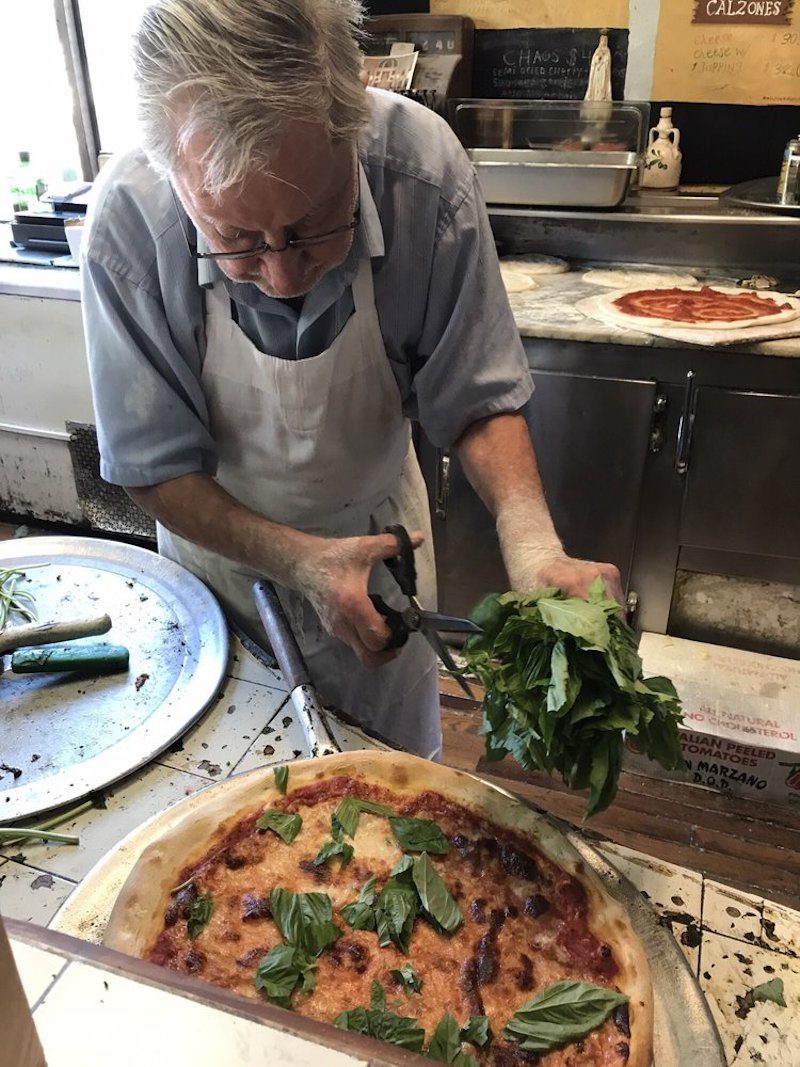 Who knew that any pizza parlor could evoke pleasant memories of growing up in Brooklyn – the old Brooklyn before real estate prices hit the million dollar mark. Lenny’s and Krispy Pizza will surely take you back to days gone by.

Although it’s become a chain restaurant with locations around the country, Paulie Gee’s in Greenpoint has to make the best pizza in New York City list. Using the freshest ingredients – think proscuitto di Parma, Berkshire sopressata picante, and Parmigiano-Reggiano – their beautiful pies are baked to a crisp in a Naples-imported, wood-fired pizza oven. Delish.

Pizza lovers make the trip to the southwestern part of Brooklyn for a one-and-only L & B Spumoni experience. In business since 1939, this pizzeria draws fans from far and wide, so expect a crowd. The Sicilian-style pies, however, are completely worth the wait. And so is the haul to Bensonhurst if you’re not normally in that corner of Brooklyn. 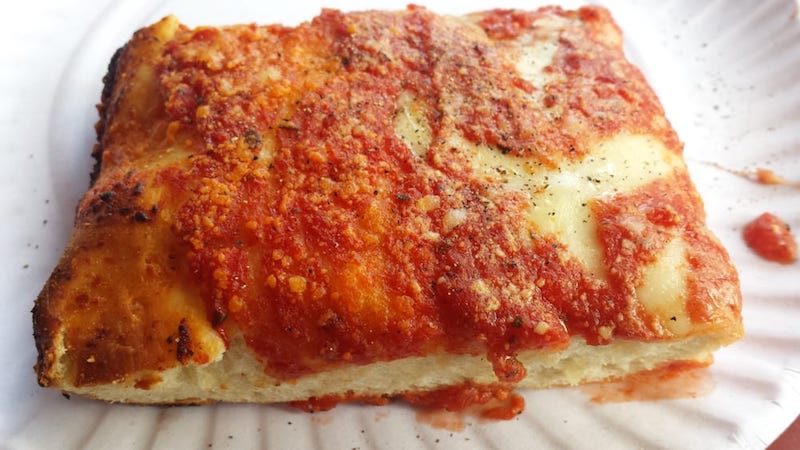 Also in Brooklyn and always worth the trip is Roberta’s. This Bushwick outpost has been known to pop up regularly on Instagram feeds and it’s easy to understand why. Besides the melt-in-your-mouth pies, Roberta’s makes some of the prettiest pizzas in town. Try the “White Guy” – no sauce, but a layer of creamy ricotta. Roberta’s now has a Manhattan location too.

Sometimes, you have a craving for an old-school slice, but you’re too far uptown to schlep to Brooklyn, so hopping on the subway to the Bronx makes perfect sense. Plus, you can check out some charming neighborhoods in New York’s northernmost borough while you’re there. When you have a hankering, Full Moon and John & Joe’s get the job done. 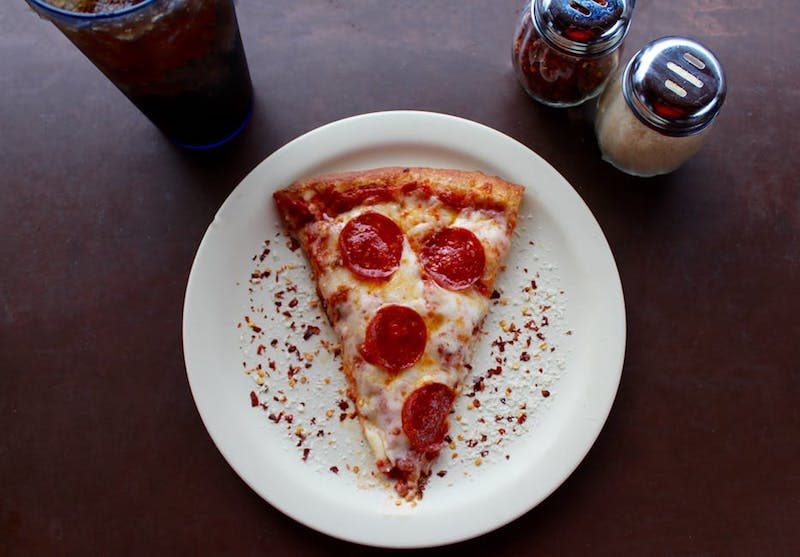 And speaking of those off-the-beaten-path parts of New York, we can’t forget our Staten Island neighbors, because truth be told, they sure toss some tasty pies. Italian culture is huge in this borough, so it shouldn’t come as a surprise when I say that the pizza is good, like really good. Be ready to board the ferry because we found two awesome pizza places to try – Denino’s and Pizza Giove – and you can read more in this blog post.

What about Queens? No, we cannot ignore our neighbor to the east. Queens boasts an unbelievable food scene, so, of course, there’s phenomenal pizza here too. Get the details on these two spots – Lucia’s and John’s. One’s in Briarwood (neighborhood next to Kew Gardens) and, crazy enough, one is surrounded by Asian eateries in Flushing. So you could opt for an order of kung pao chicken after you finish your slice. 🙂 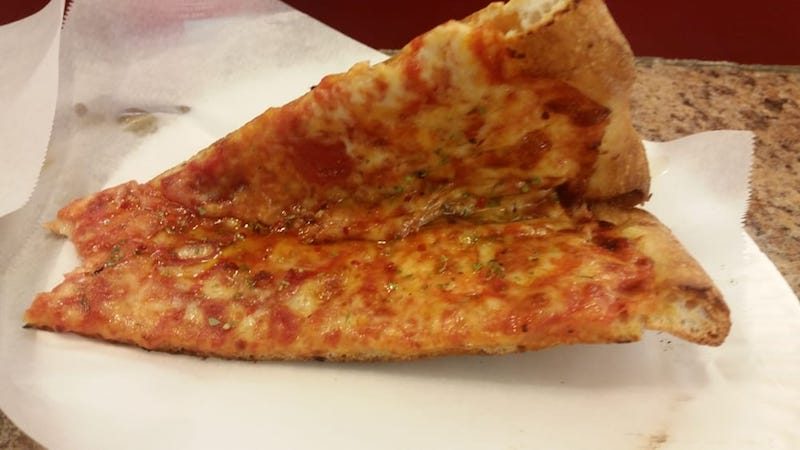 Way out in Howard Beach not far from JFK Airport, New Park Pizza is consistently rated one of the best in the city. Yes, I know it’s not exactly a convenient location for those on a mission to find the best pizza in New York, but fans will attest, the brick oven pies are simply heavenly.  Get the lowdown on this Queens pizzeria here.

For pizza aficionados with a thin wallet, we found five Manhattan spots that sell dollar slices. And unbelievably, they’re pretty tasty too. These may not be the best pizza slices in New York City, but they’re perfect for grab-and-go before payday. Make like a New Yorker and “fold hold” your slice, then devour it quickly as you make your way to the subway. Check out those five pizzerias here.

They must be doing something right! Lombardi’s is still thriving more than a century after its opening. Get the deets on this Nolita pizzeria, where locals and tourists flock for a crispy Neapolitan slice as well as pizzas topped with sausage, meatballs, and fresh ricotta. Yum. 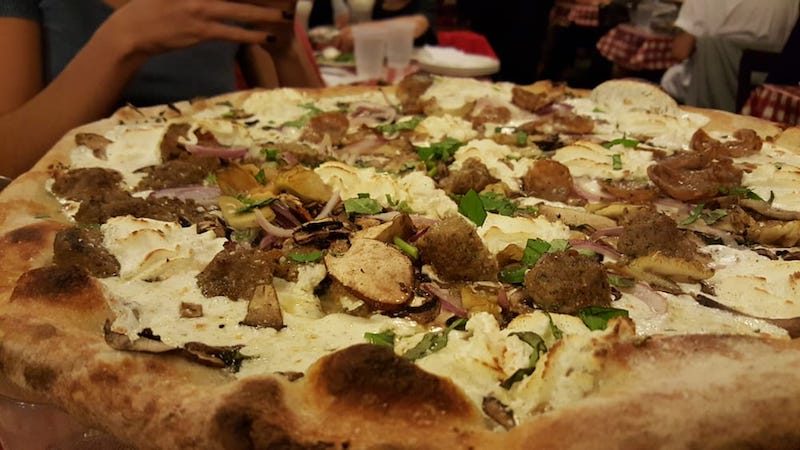 Rubirosa and Prince Street Pizza are also in NoLIta. Pizzas here are very different from each other, yet both will steal your heart and taste buds. Rubirosa’s flavorful pies are thin-crusted, while Prince Street features a quintessential New York slice as well as a saucy square. In this blog post, we get down to the nitty-gritty of these two great pizza spots.

And my absolute favorite pizza in Manhattan has always been at a hole-in-the-wall joint on Carmine Street. A slice at this New York institution has the ideal amount of crunch, tangy sauce, and layers of cheese. The ratio of ingredients is without flaw every time. You’ll surely be tempted to eat at Joe’s Pizza after reading this blog post. 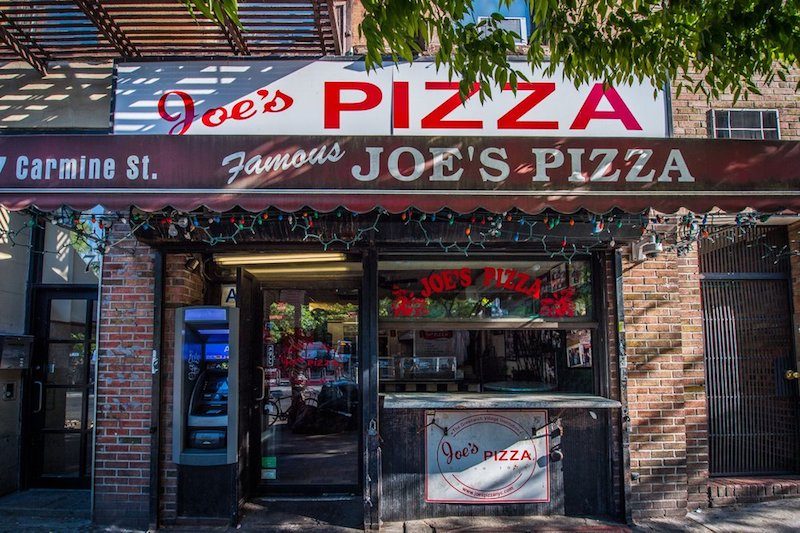 Also, the best milkshakes, the best tacos, and the best avocado toast. (This blog post makes me hungry!)