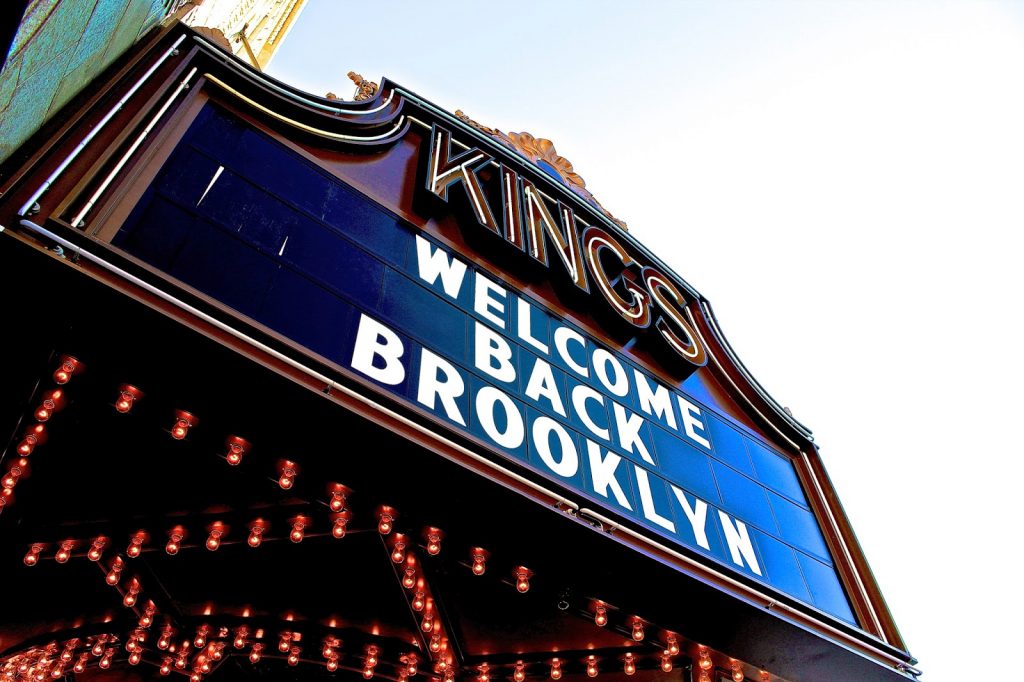 When New York City dignitaries cut the ribbon on the Kings Theatre in Flatbush, Brooklyn last month, it marked the rebirth of a fabled theater that was shuttered in August 1977 after years of steady decline. The Loew’s Kings Theatre –– as it was first called –– opened on September 7, 1929 and hosted legendary performers such as Bob Hope, Milton Berle, and Burns and Allen, as well as scores of films.

Originally designed by Rapp & Rapp, the theater was one of the five Loew’s ‘Wonder Theatres’ built in New York and New Jersey during that time period. It was one of the biggest theaters in the country, tailored after the French Renaissance style, and inspired by the Palace of Versailles and the Paris Opera House. It featured beautiful, high-curved ceilings, decorative plaster walls, wood paneling, pink marble, and a glazed terra-cotta ornamental façade. 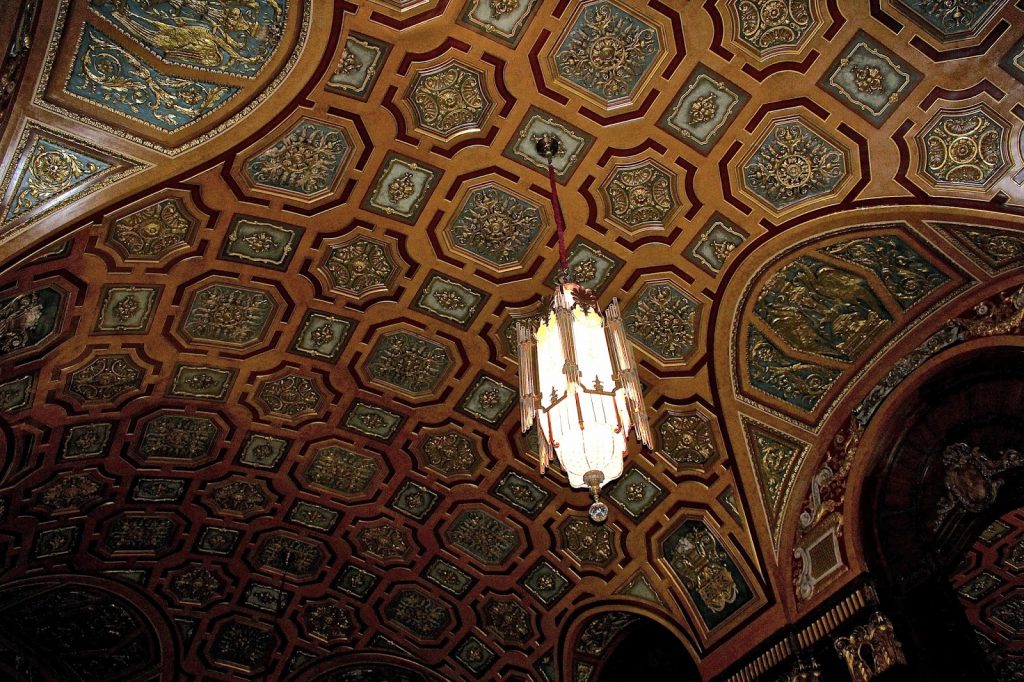 But the historic theatre almost met a cruel fate. Crumbling, the building faced a dire situation due to years of neglect that caused a clasping roof and a dank interior, not to mention thieves who stole copper pipes and fixtures. Thankfully, in 2008, the Bloomberg administration made a last ditch effort to save the theater from demolition, and it worked. The sole bidder, Houston-based ACE Theatrical Group, partnered with Goldman Sachs and city, state and federal bodies to help get the ball rolling on the restoration, which began in 2013. The renovation cost $94 million, and was well worth it, as the results are simply draw-dropping and awe-inspiring.

Earlier in February, to help launch the venue in grand fashion, Diana Ross performed in front of thrilled Brooklynites, becoming the first marquee act to grace the stage at the majestic theater in decades. Presently, the performance space, which seats 3,250 (down from 3,650 originally), is the third largest full-time arts venue in the city. For added beautification and comfort purposes, all seats have been reupholstered to their former splendor and the aisles have been broadened for a more spacious feel.

The lobby’s original American-walnut paneling has been refinished. Replicated chandeliers
have been mixed in with the originals, and the carpeting was reproduced from printed old black-and-white photographs, using surviving remnants to help distinguish the colors. 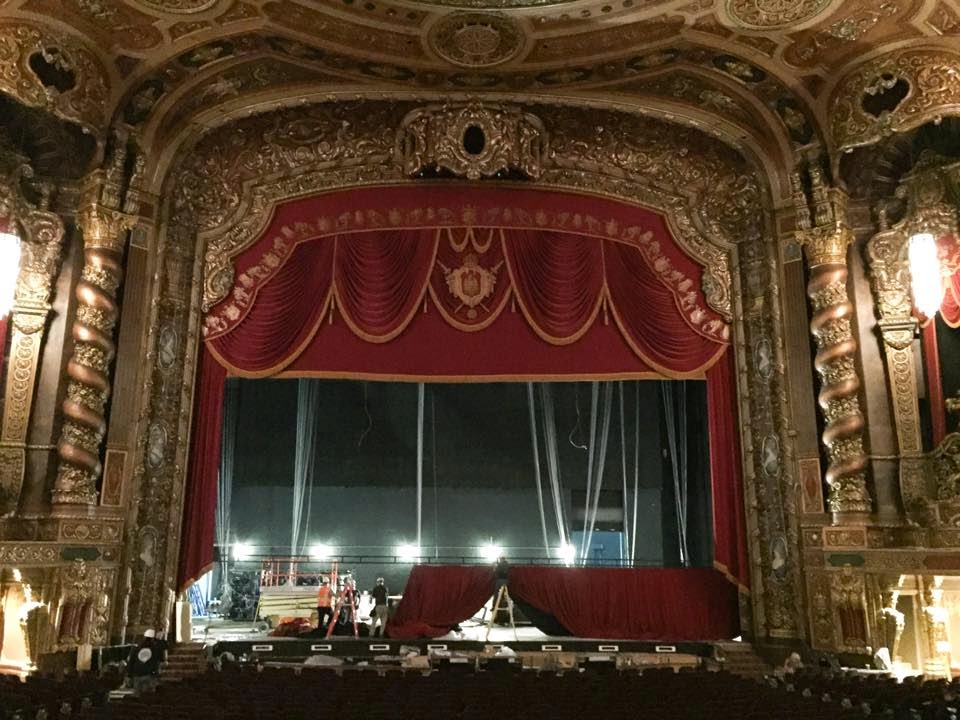 What I find remarkable is the newly installed bathrooms in the basement once contained a full-sized basketball court (As a huge sports fans and sports writer, I love this tidbit).

Also newly renovated is the theater’s original 1929 furniture — including a pair of majestic thrones — donated by 101-year-old Dorothy Solomon Panzica, who managed the Kings from 1961–1975.

There are no plans for future movie showings. But theater officials say there have been inquiries about hosting special film premieres. As for this year’s stellar lineup, expect a wide variety of acts with Sarah McLachlan, Frankie Valli and the Four Seasons and New Jack Swing 2015 performing in March. In April, “Disney Live! Three Classic Fairy Tales’’ will take the stage, and great shows scheduled include the O’Jays, Crosby, Stills & Nash, Gladys Knight and Moscow Ballet’s The Nutcracker.

I, for one, can’t wait to catch any of the live performances at this Brooklyn institution.  The grandeur of the theater alone is worth the price of admission. 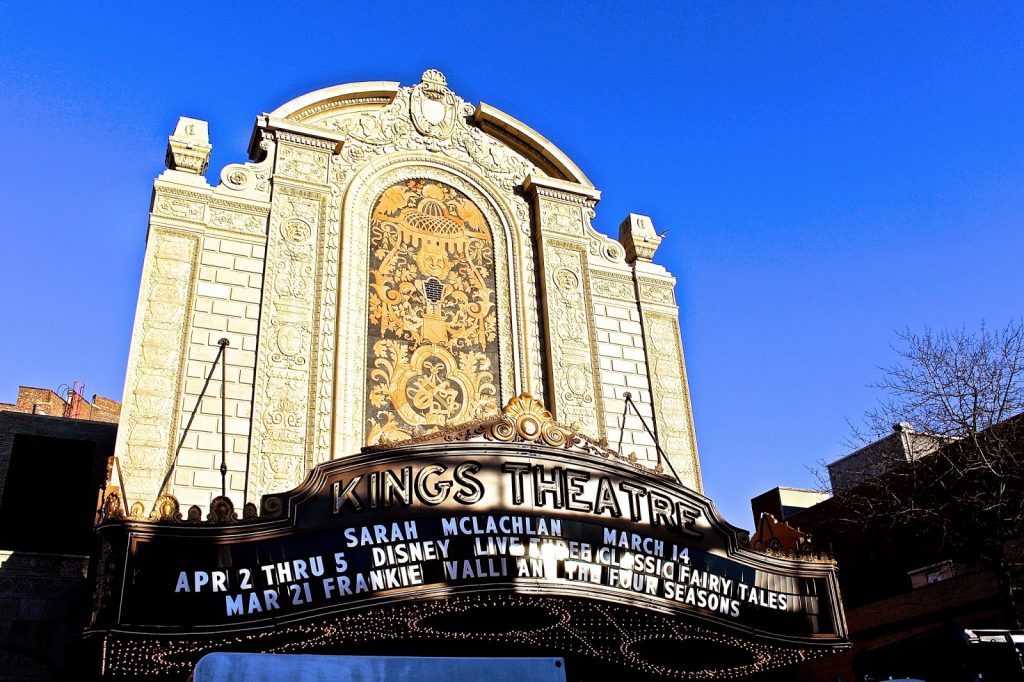 Stage photo via the Kings Theatre Facebook page. Thanks to Olivia Boddie for the other photos.