Life in New York often brings the unexpected. Turn a corner, miss a train, walk out a door –– ordinary days can turn into something extraordinary. A few weeks ago, I experienced one of those phenomenal New York days when I scored a free ticket to one of my favorite shows – Cabaret on Broadway. I hung out at one of my go-to NYC theater spots, and afterward, had a sweet surprise.


I usually don’t have the luxury of seeing Broadway shows twice. I did, however, get a chance to see the revival of Cabaret two times, once last year, and once two weeks ago, shortly before the show closed. I saw the production the first time with Michelle Williams, and last week I saw it with Sienna Miller. Sorry, Emma Stone, I missed you. 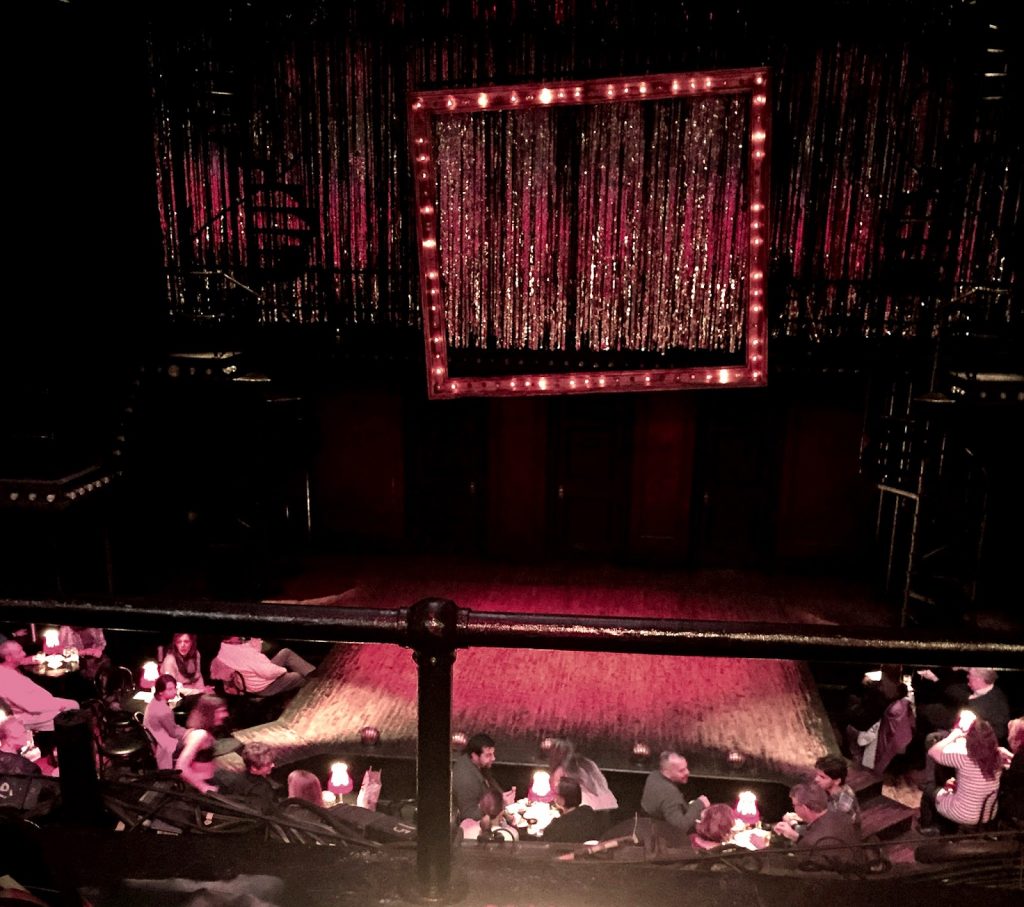 My friend Scott had received two tickets for a Sunday matinee and invited me as his date. I, of course, jumped at the chance to see Mr. Cumming slither around the stage for another two-plus hours. This was a no-brainer –– and in the process, I truly adored Ms. Miller’s portrayal of Sally Bowles. And I might mention that we had some of the best seats in the house –– dead center in the second row of the loge. Only a cabaret table at the foot of the stage –– which I like to call ‘sweat and spit territory’ –– might have been better.

Leaving the Roundabout Theatre (formerly Studio 54) after the show, we were in the Broadway spirit for sure, and had to extend our outing to include cocktails at Sardi’s, the legendary theater hangout. We meandered through the crowds, over to 44th Street. It was Scott’s first time to set foot in the midtown institution. 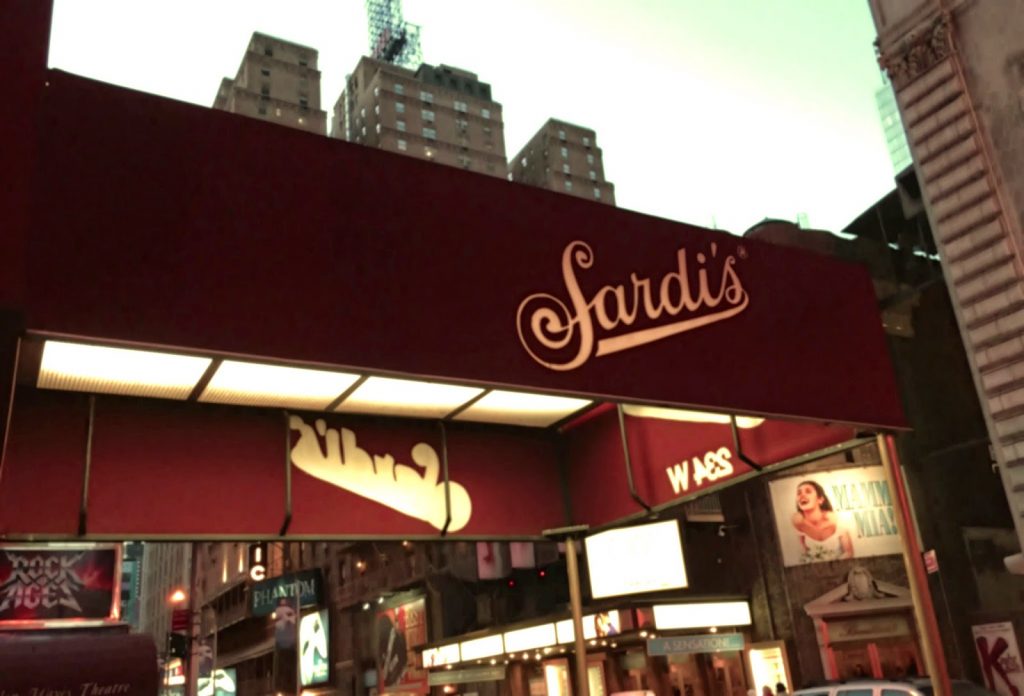 Oddly enough, as often as I’ve patronized Sardi’s (probably 20 times) I had never been to the upstairs bar. The downstairs bar is only open Wednesdays, Fridays and Saturdays, so we made our way up a flight to a quiet second floor, which bustled with theatergoers about an hour after we arrived. 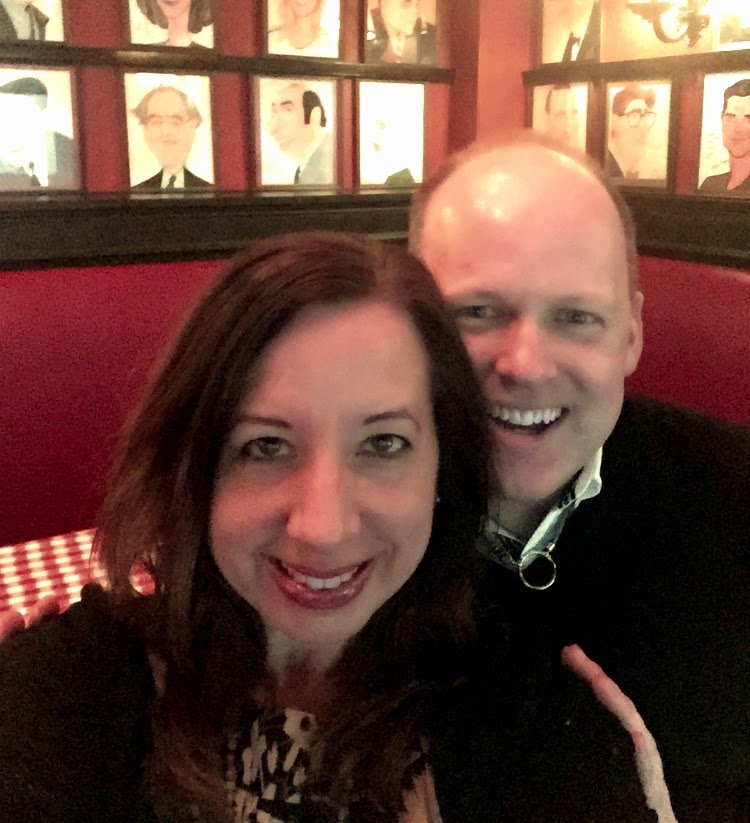 There are plenty of bars for pre or post-show libations in the Theater District, so why do I usually end up at Sardi’s? It’s classic. The cocktails are pricey, but they’re strong good. (The bartenders make one hell of a cosmopolitan.) And Scott raved about his gin martini. 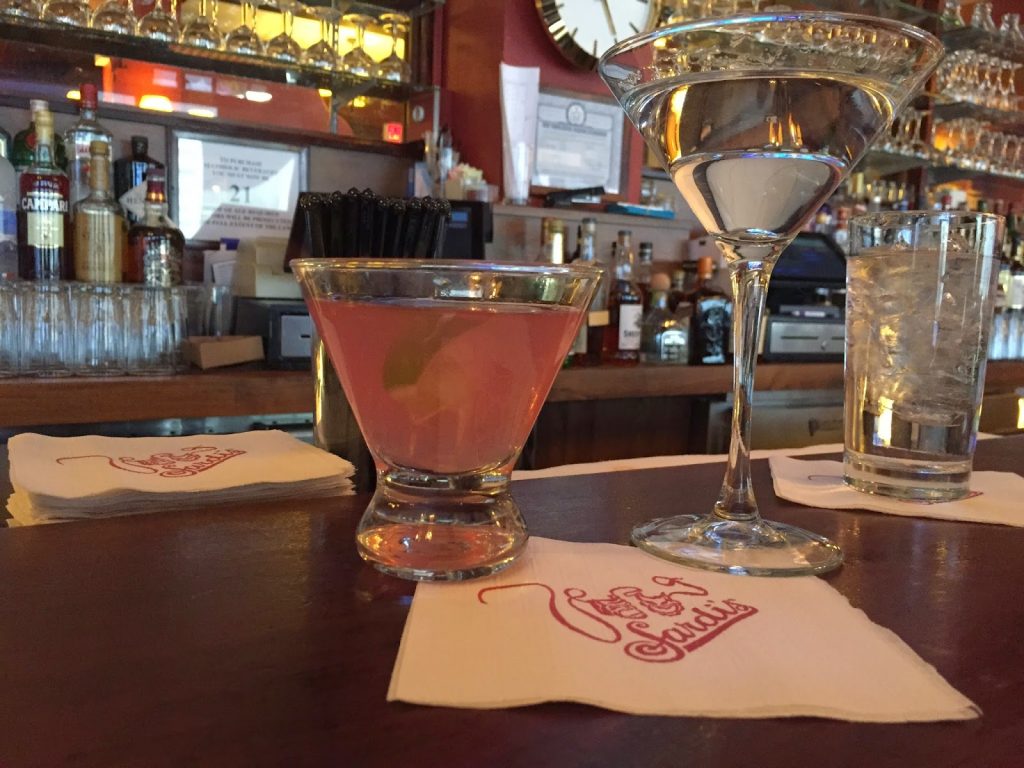 Perhaps I like Sardi’s most because of the hundreds of Broadway caricatures that adorn its walls. Or, maybe it’s the fact that the restaurant has been open since 1927.  Whatever the reason, my mom and I have made many great memories at Sardis, and I’ve introduced several New Yorker friends to the legendary spot over the years too. 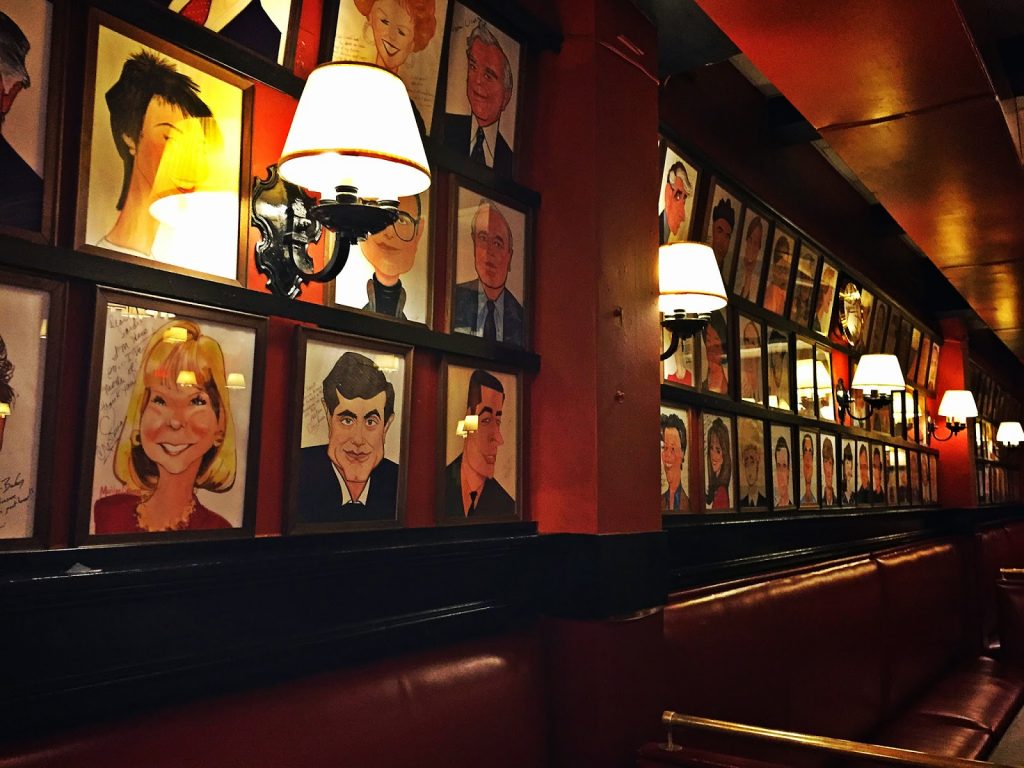 After we sipped for a few hours, we waltzed out of Sardi’s feeling pretty euphoric (vodka and gin have been known to do that to people), and unexpectedly met a gorgeous four-legged creature. Times Square is the last place on earth I’d expect to run into this brown-eyed girl. The officer and his beautiful partner were kind enough to pose for a few photos. Actually, they seemed like seasoned pros. I bet they’re accustomed to photo shoots with tourists in this part of town. 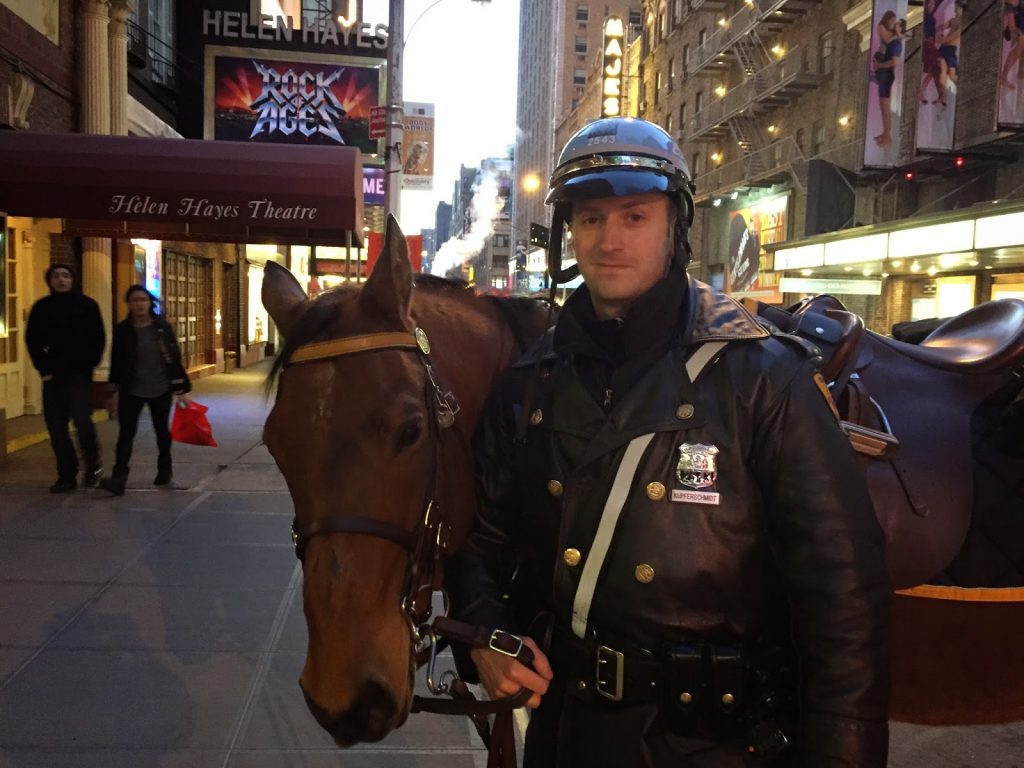