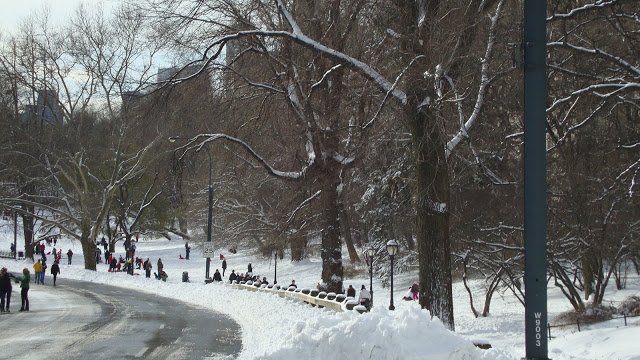 I want snow. By this time last year, the city had more than it could handle with about 18-24″ on the ground. Next week will be the middle of January, and there is not a lick of it in the extended forecast–how disappointing. We had freezing temperatures earlier this week, but no precip in sight.

There is no more romantic place than New York City under a blanket of the white stuff. Tall buildings create the most picturesque backdrop, and city lights only add to the ambience. I remember my first snow in Manhattan.  It was late in the afternoon and it started coming down; big white flakes at dusk. I was peering out of the tall windows at Holly Hunt facing East 58th Street in anticipation of leaving work. It was so remarkable that I walked all the way home, called my husband on the way, and we stopped at a brasserie for a glass of wine near our eastside apartment as we watched it fall. This was significant; it never snowed in Georgia. What a memorable New York moment.

With our low maintenance lifestyle, snow is easy here too. Growing up in Pennsylvania was just the opposite. I grew to hate every winter; hence my move to Atlanta. The shoveling, scraping, and digging out was physically exhausting. Attempting to drive was often dangerous or impossible. And being stuck inside for days at a time gave me cabin fever.  Life in New York never stops; even in a blizzard with record snowfall, businesses remain open, public transit operates, and New Yorkers–well we put on our boots and trudge on through. 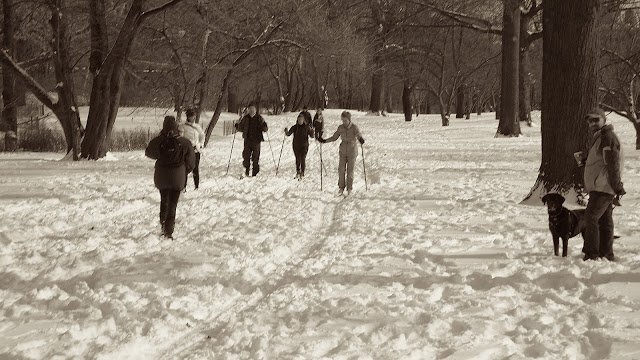 The waiting is half of the fun. I love peaking out of my tall, wide windows, searching for  that first flurry. As soon as the ground is covered, it’s time to gear up and hit the street. And there is nothing more spectacular than Central Park during the first hour or two of a snowfall. Before the dogs are running, the children start sledding, and the cross-country skiing begins, it’s my own winter wonderland.