The countdown is on! In less than four days, New York (actually NY and NJ) will host the Super Bowl! This year marks the first time the celebratory game will take place outdoors in a cold-weather state. Just how cold will it be? As of now, the temperature looks pretty mild as compared to the past few weeks, which brought not one, but two polar vortexes!

Like you, in NYC, we’re finalizing menus and ironing out the details. The pomp and circumstance has already begun in Times Square, and other events are planned leading up to kickoff at 6:25 p.m. on February 2.

This is the one football game I watch every year; although, I must confess, I usually enjoy the half-time show a little bit more than the game itself. No matter where you watch, or how much you choose to watch of Super Bowl XLVIII, here’s how you can celebrate New York-style.  Get your game faces on, your thirsty-quenchers ready, and turn your appetites on high for one of the biggest NYC parties of 2014.

WHAT TO DRINK
Start your gathering the right way with craft beer selections like Brooklyn Lager and Bronx Pale Ale, both brewed right here in New York City. And if you’re drawing a large crowd to watch the game but you’re out of space in your refrigerator, get creative and keep bottles and cans cold on ice in the bathtub. If you’re storing other stuff in your tub (some New Yorkers use the tub for a kitty litter box much in the same way they use the oven for sweaters), then a bucket will do. You’ll just have to replenish the bottles more often.


Since some of your guests might crave a different beverage, I suggest a signature cocktail like the Red Shandy from our friend Sara Lehman at Somm in the City. This girl knows how to make a drink. She suggests Owl’s Brew as a mixer. This recipe is easy and a perfect alternative to an ordinary beer.

And it’s never a bad idea to have a few bottles of sparkling on hand. I recommend Pere Ventura Cava Tresor Brut Reserva, which complements most any food you serve.


WHAT TO EAT
Speaking of food…
Looking to feature a true New York theme during your Super Bowl get-together? Do it with NY-style pizza. If you’re crafty in the kitchen, make your own; otherwise, order in from your favorite pizzeria and save the time and energy. Other Big Apple favorites like pastrami on rye finger sandwiches and NY-style cheesecake are sure to be popular with most any crowd.

Next up, wings and more wings, because no sporting event is complete without the signature appetizer. Here’s a new take on traditional Buffalo wings from Chef Hugh Acheson, who’s rocking the kitchen again with Captain Morgan Original Spiced Rum.

Rinse and pat the wings dry with paper towels, then separate the wings from the drumsticks and discard the tips. In a large mixing bowl, dress the wings with the sea salt and peanut oil. Add them to the cast-iron pan in 1 layer to assure even cooking and roast the wings for 20 minutes. Turn each wing and continue roasting for an additional 15 – 20 minutes.

For the glaze
Add the Captain Morgan® Original Spiced Rum to a small saucepot and reduce over medium heat, about 10 minutes or until the liquid is reduce by half. In a small bowl, combine the cornstarch with the warm water and set it aside. Add the sherry vinegar and the chili flake to the rum and continue to cook for 5 minutes. Reduce the heat to low. Add the cornstarch slurry and stir the glaze until it becomes thick. Remove the glaze from the heat and add the cold butter, 1 tablespoon at a time, stirring until it is completely incorporated. Set the glaze aside for later use.

For the dressing
In a small mixing bowl, combine the mayo, buttermilk, and the zest and juice from 1 lemon. Mix together with a whisk until smooth and incorporated. Next add the shallot, garlic, carrot fronds and 1 tablespoon of the sliced scallions. Mix until combined and reserve.

To finish the wings
Turn the oven to broil and crisp each side of the wings for about 1 to 2 minutes per side. Take them out of the oven and place them onto a plate lined with a paper towel to drain off any rendered fat. Place the wings in a mixing bowl and add the reserved glaze. Toss the wings in the glaze to thoroughly coat each one.

To plate
Sprinkle the wings with the remaining scallions and serve them with a bowl of the dressing and the carrots.

FUN THINGS TO DO
It’s not a bad idea to keep a few games up your football jersey sleeve and get the party going before “the game” begins. Check out Celebrations.com for betting and drinking games, as well as entertaining tips and other innovative ideas for this year’s Super Bowl. 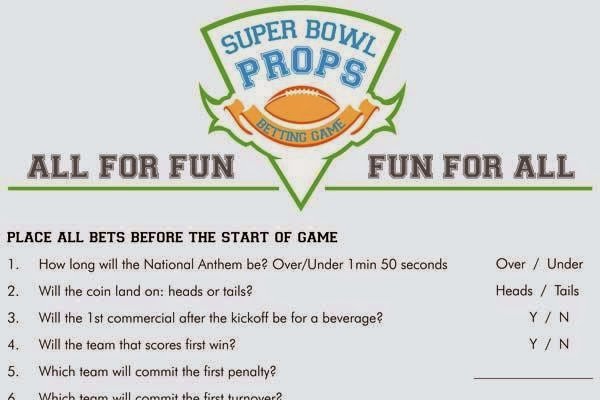 And don’t forget to start your pre-game festivities early with the Puppy Bowl X at 3 p.m. on Animal Planet. This is one game that promises lots of action with penguin cheerleaders and even a kitty half-time with Keyboard Cat.  Now this, I can hardly wait to see.


Enjoy the Super Bowl and may the best team win!