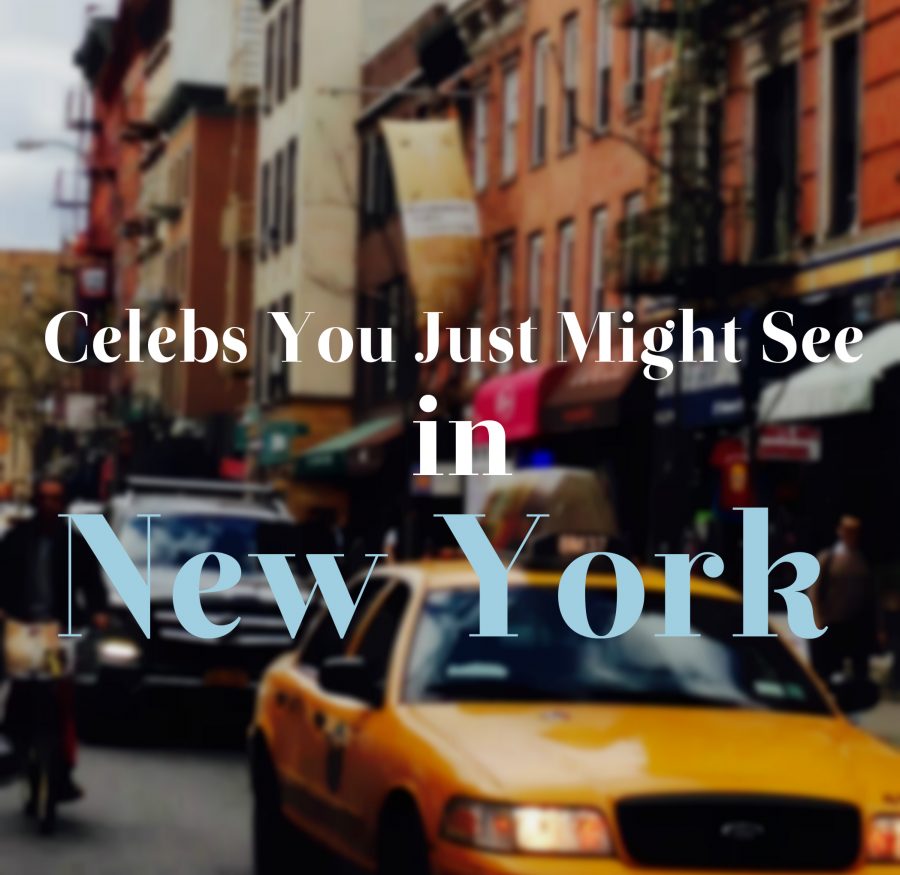 If you spend enough time in NYC, you’re bound to see someone famous. I’ve stopped counting the television and film stars that I’ve spotted since I moved here in 2007.  But some, you can’t forget….like that time a few weeks back when Mike and I were walking Bogey to Central Park and we ran into Bruce Willis. He looked super cool while sporting a Yankees cap. (Tip: A lot of famous people wear hats so they aren’t so easily recognized.) That was my second sighting of Mr. Willis. So, you might run into him too, should you hang out on the Upper West Side. But, you just might see these other celebrities in New York at some point too.

The Philly boy calls NYC home with his wife Kyra Sedgwick, and if you wander around the Upper West where they reside, you might grab a sighting.

I’m a huge fan and I became a bigger one when I spotted the Project Runway star riding the subway…yes, really. All cool New Yorkers ride the subway, and Tim Gunn was dapperly dressed in his usual perfectly pressed suit.

Although I’ve yet to see the pair together, I’ve run into each on several occasions. I caught SJP filming a scene from Sex and the City (the movie), and also one morning, I walked by her in Greenwich Village. (And no, I did not snap a selfie with her, in case you’re wondering.) When Broderick is starring on Broadway, you might pass him in the Theater District.

This long-time New Yorker might have officially retired from The View, but she’s still a resident of the Upper East Side. Look for her there. I saw her having dinner one night at Crown, which is at 81st and Madison.

The iconic actor left trendy TriBeCa for Uptown, so you might spot him on either the Upper East or Upper West. One weekend, I caught him having brunch at Cafe Boulud with his family. And the cool thing about a famous guy like De Niro dining at a sidewalk cafe in NYC is that passersby barely give him a second look. Okay, well maybe a glance. He is Robert De Niro!

Originally from Queens, this Social Network star is undoubtedly a local. You might spot Eisenberg bike riding in Central Park, like I did.

This native New Yorker left Manhattan for Brooklyn, so you might find her wandering the streets of Clinton Hill with her adorable husband, Jason Sudeikis.

Like most celebrities in NYC, the comedian and The View co-star blends in with the crowd. Still, you might eye her strolling on Broadway or leaving the ABC studio.

So I sat next to Sting at Nougatine’s bar one night. He was probably there because he lives just steps from the restaurant. He and wife Trudie Stuyler are established New Yorkers, so you never know where they will pop up.

The funny lady lives in Manhattan and won’t try to disguise herself or keep a low profile. If you see Amy Schumer, you’ll know it, and she might even smile back.

Loved for his roles in The X-Files and Californication, Duchovny is a born and raised New Yorker, so it’s no surprise that you could see him wandering around –– probably Uptown and on the West Side. Just a warning – he’s tough to recognize.

The Sex and the City and Good Wife star seems to stay out of the spotlight for the most part, recently. But as an owner of the famed Cutting Room in the Flatiron District, you might catch him at his own bar. I had a brief conversation with him one night at Minetta Tavern, when he was hanging out with his SATC co-star, John Corbett. (Just like the TV hit, Aiden was much nicer than Big.)

As most locals will attest–– it’s not like we walk out our doors every day and run into a famous person –– weeks can go by between celeb sightings, but they do happen pretty regularly. So, even if you come to the city only one weekend a month, (but over an extended period of time), you’ll probably rub elbows with a few. Just remember to play it cool, and respect their privacy. They probably want to blend in with us regular folk and not be recognized, which is why these celebrities are in New York in the first place.

And, where won’t you see celebrities? Among the crowds in the heart of Times Square. Even regular New Yorkers (like me) avoid it whenever possible.

Have you seen any celebrities in New York? Tell us in the comments!

Need some inspiration? Check out these quotes from famous New Yorkers. And, TV shows that depict what life in New York is really like.