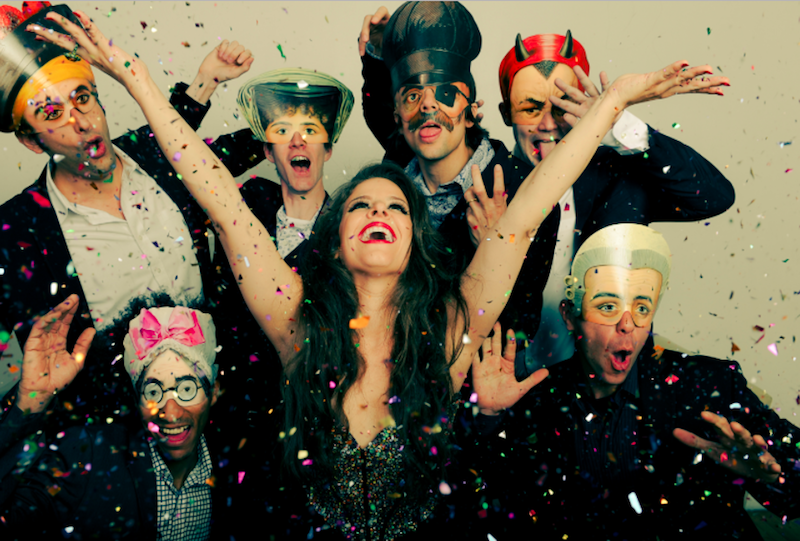 I am super excited to introduce the world premiere of the music video for the single “Cloud of Smoke” from my friend and fellow New Yorker, Amy Lynn Zanetto and her fabulously talented band “The Honey Men” (formerly the Gunshow). This emotionally charged song is from the group’s debut album, Don’t Trip on the Glitter. You might recall my interview with Amy a few years back. (You can catch that post here if you missed it.)

When I asked Amy what “Cloud of Smoke” is about, unsurprisingly, the words, music, and dance tell the story of an “exciting, scary, passionate relationship that was up an down for years.” (She’s now happily married to Honey Men bandmate Alex, and the pair has an adorable daughter named Isabel.)

The video was shot on the boardwalk in Asbury Park, NJ, and the creative team pulled it together on a sweltering 95-degree day this past summer. The people you see in the video aren’t extras, but happen to be watching or walking by. Amy Lynn explained,  “We wanted to keep the random people walking the boardwalk as it adds to the story of how the relationship was. Life was going on around them and they were immersed in their own bubble.” 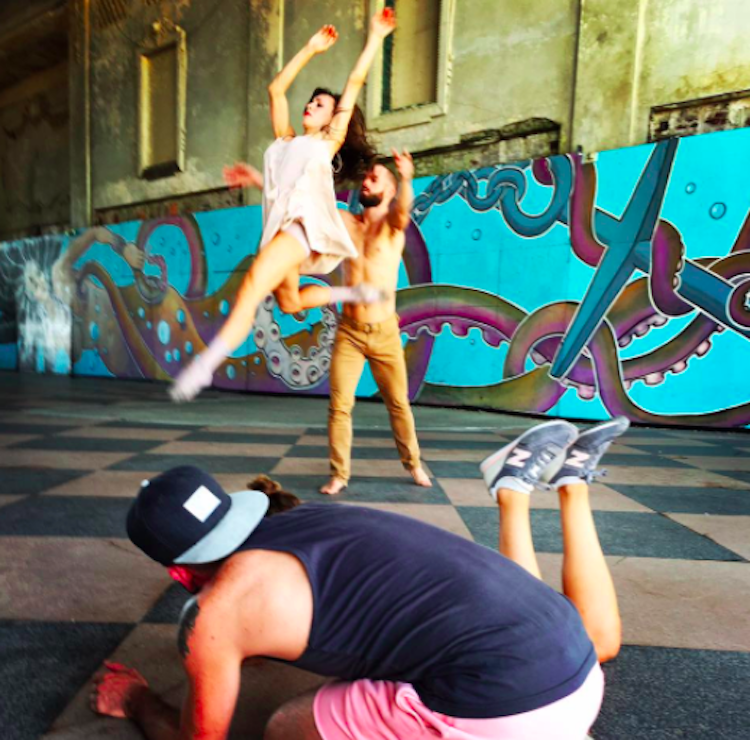 Members of the Jack Quartet –– one of worlds leading contemporary string quartets –– perform on the track too. Videography and editing on the project was done by Victoria Sendra. And of course, Amy Lynn does vocals.

The partnership is a first for the dance duo, but as you’ll see when you watch, the performance is flawless. (As a former dancer myself, I would’ve thought the dancers had been dancing together for years.)

The videographer clearly has a passion for dance, as she did an amazing job filming.  According to Amy Lynn, “It was truly a collaborative effort.”

About “Cloud of Smoke,” she said, “I always wanted this song to get more love. We don’t perform it often when we gig –– not because we don’t love it, but because sometimes it just doesn’t fit. Thankfully all the pieces came together to showcase it exactly how I envisioned. The song can now have its moment that I feel it deserves.

“Without further ado, here is “Cloud of Smoke….”

See Amy Lynn & The Honey Men perform a free show at Rockwood Musical Hall on December 15, and on Jan 9 at Feinsteins/54 Below, where the group will pay tribute to Janis Joplin. Get tickets here.

Also, an interview with Daniel Harder of Ailey, and offstage with dancer and actor Katherine Crockett.