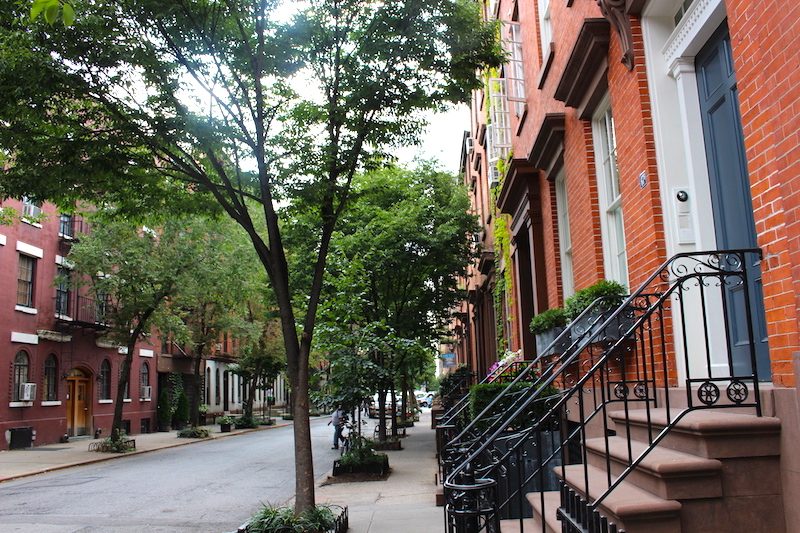 If you’ve ever apartment hunted in New York City, you’re probably familiar with the terms “pre-war” (buildings created between 1900 and 1939, just before World War II) ) and “post-war” (anything constructed after 1939). When we talk about New York’s architectural brilliance, however, these two terms are merely the tip of the iceberg. Walk through any neighborhood and you’ll see structures that have been inspired by some of history’s most significant architectural movements. The next time you’re sightseeing or simply wandering around town, keep an eye out for these seven common architecture styles in NYC.

When Greece won its independence from the Turks in the 1820s, America embraced a newfound love for Grecian architecture. One of NYC’s best examples of Greek Revival can be found at the Federal Hall National Memorial on Wall Street, where you’ll discover Doric columns, steep steps, and a Greek temple façade. George Washington also took his presidential oath here in 1789. You’ll encounter other Greek Revival structures throughout the city including a red and black building at the corner of Broadway and Astor Place in NoHo. 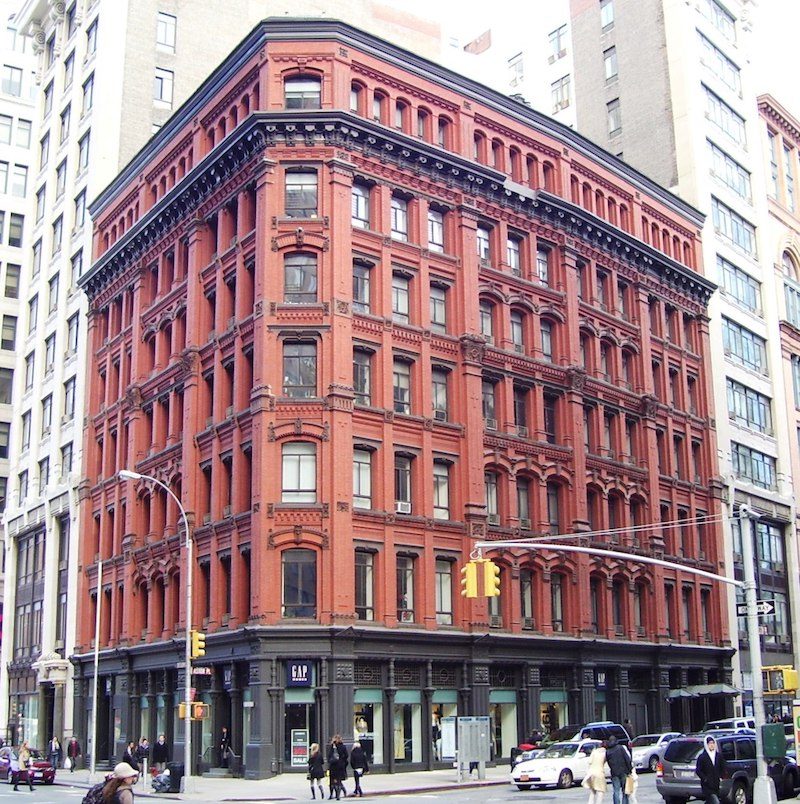 Originating in England during the 1830s, the Gothic Revival style of architecture is characterized by steeples, stained-glass windows, pointed arches, flying buttresses, and medieval sculptures. Trinity Church, located at Wall Street and Broadway, is a gorgeous and iconic Gothic Revival structure, as is St. Patrick’s Cathedral.

As America’s first signature architectural style, Federal is rooted in Roman and Grecian architecture. When NYC’s grid system was implemented in 1811, Federal style homes popped up all along the streets and avenues. You can still spot them in the West Village, with low stoops, wrought iron handrails, and bricks laid in alternating courses of stretchers and headers.

With the Chrysler Building, Empire State Building, and 30 Rockefeller Plaza falling in this category, Art Deco is undoubtedly one of the most common architecture styles in NYC. This Parisian aesthetic envelops luxury, modernism, and sleekness with a combination of geometric blocks, curved forms, and ornamentation.

Georgian architecture was first made famous in England as a nod to Renaissance ideas. Venture up to Harlem to see the Morris-Jumel Mansion, which was built in 1765 and is known as “Manhattan’s oldest house” to see a gorgeous picture of this architectural style. Georgian buildings will always be symmetrical, have brick or stone walls, and showcase a pediment or crown and pilasters at the entrance.

Combining French neoclassicism, Gothic, and Renaissance elements, Beaux Arts is one of the most beautiful and often ornate architecture styles in NYC. Expect a combination of arched windows, flat roofs, classical details, and symmetry. You’ll find Beaux Arts architecture all around the city including Grand Central Terminal and the New York Public Library as well as The Dorilton co-op apartment building on the Upper West Side. 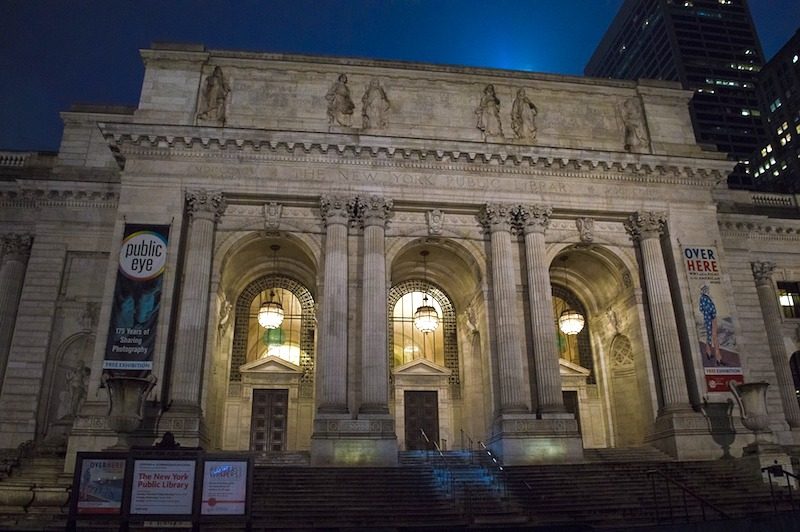 The Bauhaus in Germany is one of history’s most significant design schools. Buildings from this school were also featured at the Museum of Modern Art’s first architecture exhibit in 1932, giving rise to the International Style of architecture. Signature characteristics include a look of “weightlessness,” an absence of ornamentation, and rectilinear forms. With a less-than-ostentatious appearance, International Style buildings can be tricky to spot. Venture over to the Seagram Building or the Lever House – both, on Park Avenue – to see examples for yourself. 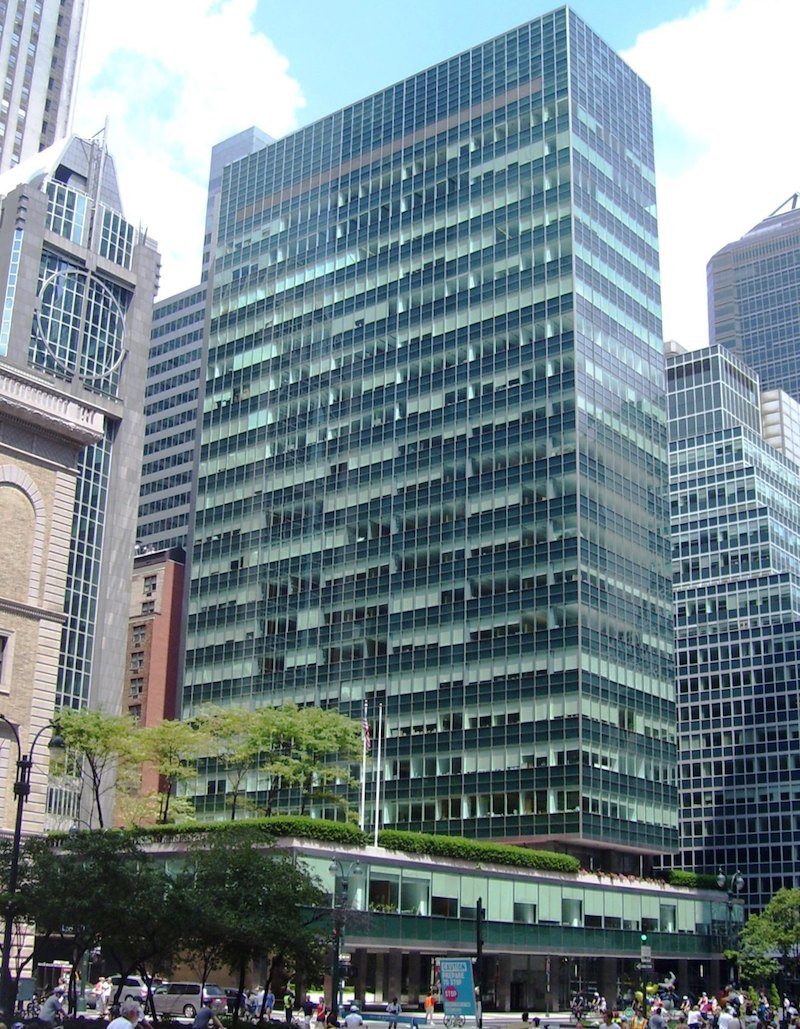 750 Broadway and Lever House photos by Beyond My Ken.

Also, take a walk on West 20th Street in Chelsea where you’ll find strings of Greek Revival and Italianate townhouses. And some of Manhattan’s most notable buildings that everyone should see!

Plus, do not ignore the gorgeous architecture in Brooklyn.

« The Essential Manhattan Shopping Guide
Drinks with a View: Our Favorite Rooftop Bars in NYC »