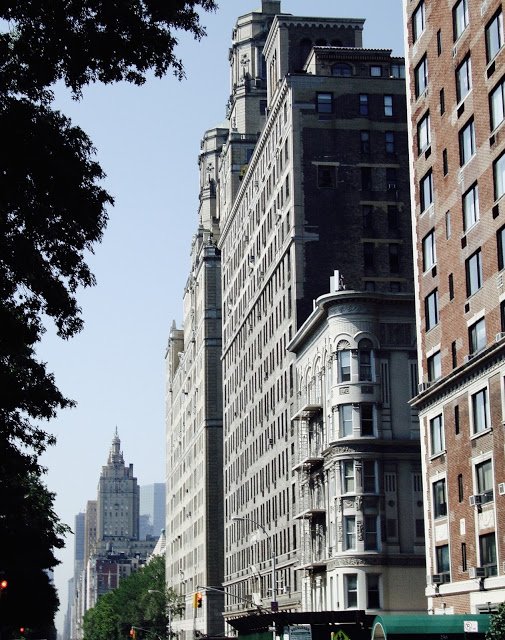 To commemorate four years of blogging, I’m sharing a few of my very first posts from TNYL. In 2011, I had a tiny audience with only a handful of readers. Today, Tracy’s New York Life continues to grow and reach thousands of fans around the globe. Thank you for reading.

When I made my big move to the even bigger city, I had little time to focus on all the life adjustments I would need to make immediately upon my arrival. I’d have to transition from living in a spacious house to living in 950 square feet with the same cohabitants: my not-so-neat husband, a large, somewhat smelly of a dog, and two high-maintenance felines who enjoy spreading their coats on my fine fabrics. All that was a given. But what about the other adjustments that come with living in New York City? Would I be able to conquer my fears enough to live in a high-rise, ride in an elevator daily, and handle a more than eight million people?

While packing up our 2,800 square foot castle in Atlanta, all of my attention went into what would go where and how it would get there. I was focused on what I would need to sell, what I would have space for, and what I would need to leave by the curb for the taking. Would the furniture fit in our cozy new digs? Yikes, what if my two sofas our already small living space? Would the colors work? What if Mike slaved away painting the master bedroom deep turquoise and I hated it once I arrived?

Mike moved ahead of me to start his job. I had just six weeks before I would join him, and I had too much to think about during this short window. As you can see, I didn’t give much thought to the additional lifestyle changes I’d have to make once I got to NYC. But after I moved into our Upper East Side nest, I was forced to adapt, and quickly. 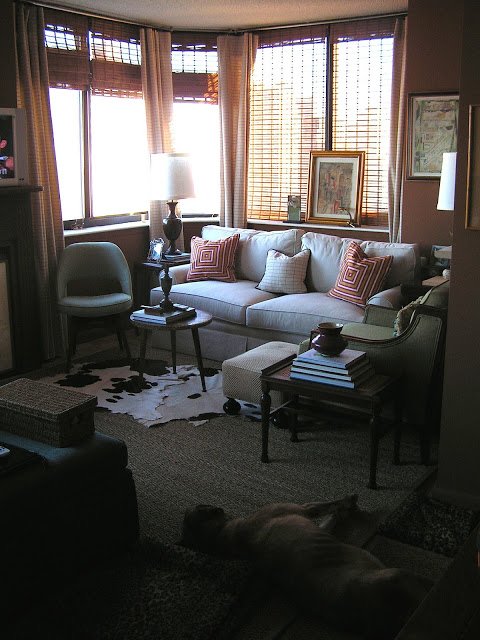 New York is a high-rise capital. I couldn’t help but ask how living on a high floor would affect me. Could I adjust to my new, vertical living situation? Would I like it?  Or, would my fear of heights set in?

I’ve always had an extreme fear of heights, or should I say, of falling. So there I was, living on the 29th floor with a stunning view of the East River. When given three to four days to find an apartment in a city where real estate moves at the speed of light, living high in the sky didn’t seem like anything that would rock my world at the time. But, it did.
I was so incredibly thrilled to be moving to New York City, my dream place to live for most of my life, that I pushed any thoughts of floor 29 to the back burner. That is until I moved in. I conquered my fear by forcing myself to stand at the windows and look down over First Avenue, repeatedly. If I’m honest, I still get vertigo, but I’ve come to realize that many people feel dizzy when they stand in high places. I‘m not alone in my queasiness, and somehow, knowing that makes me feel better. And as long as I’m indoors, I can deal. (I don’t do well on the edge of roof decks.) 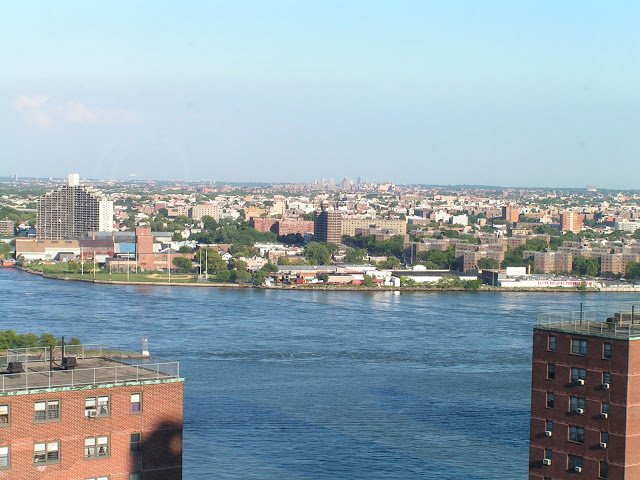 My next phobia was fear of closed-in places. How did I conquer it? By riding the dreaded elevator every single day. (Climbing 29 flights several times within a 24-hour-period is more of a workout than I like.) I remember avoiding elevators at all costs in my pre-NYC life –– I always took the stairs. But in my new-found life, I had no choice. Elevators are a regular part of day-to-day living in New York City.

Fear of crowds was high on the list also, so I crossed that one off immediately. I began commuting on the subway regularly. How‘s my experience? Sardine-like. If anyone had told me that I‘d be riding a subway in New York City almost daily, I would have said it was my worst nightmare. But surprisingly, those underground trips have become as habitual as brushing my teeth, and some days, I almost enjoy riding the train. Besides, I also chose to move to a densely populated city, so crowds are inevitably a way of life. 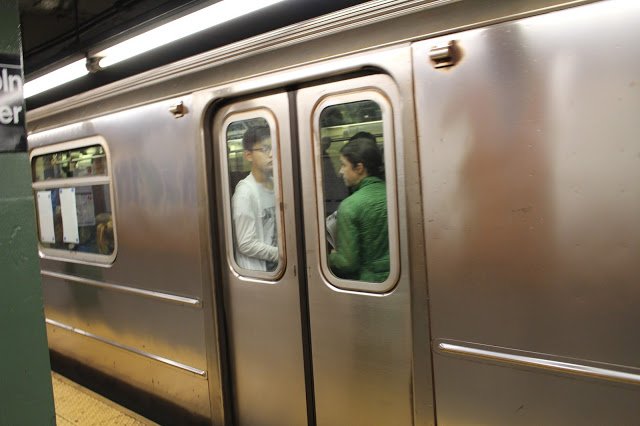 Paranoia? I am the queen. So you may ask, “Why would I move to a city with more than eight million and crazy people in every corner?” How do I handle it? Headphones. Plus, walking in the city is not only my comfort, but my stress relief and a daily routine rolled into one. And, by the way, crazy is relative. I could be as bonkers as that guy walking around town with a cat on his head. (This person really exists.)

Yes, I could be a victim. But statistically speaking, I feel safer in New York than I do in many other places. There could be another power outage, or the elevator could break down while I’m cruising to the top of the Empire State Building. I could also get mugged in the subway. My apartment building could catch on fire, and my office could have a Freon leak causing dangerous fumes to spill in, so we’d have to evacuate. The latter happened one Friday afternoon just in time for an extended weekend, adding another reason to go shopping.
Life happens. But I will no longer live my life dwelling on what might happen. I live in the present, and I thank God every day that I live in New York. Living in the moment is what being a New Yorker is about.
We are all creatures of habit, but I believe stepping beyond the comfort zone is a vital part of life, and living in New York City encouraged me to trudge beyond mine and conquer my fears –– fears that became a part of me for no real reason. Thank you, NYC. 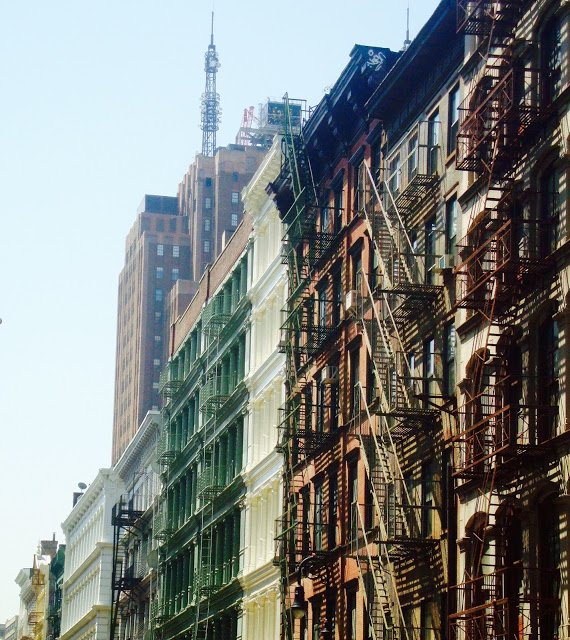 Have you conquered your fears?