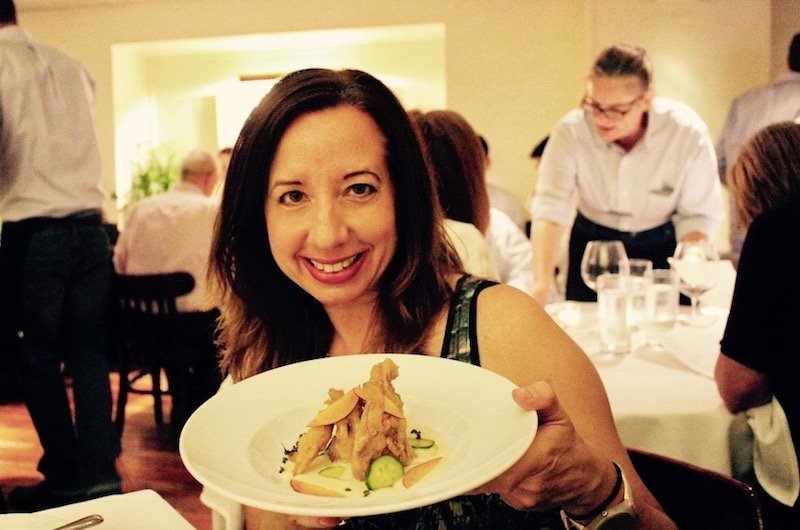 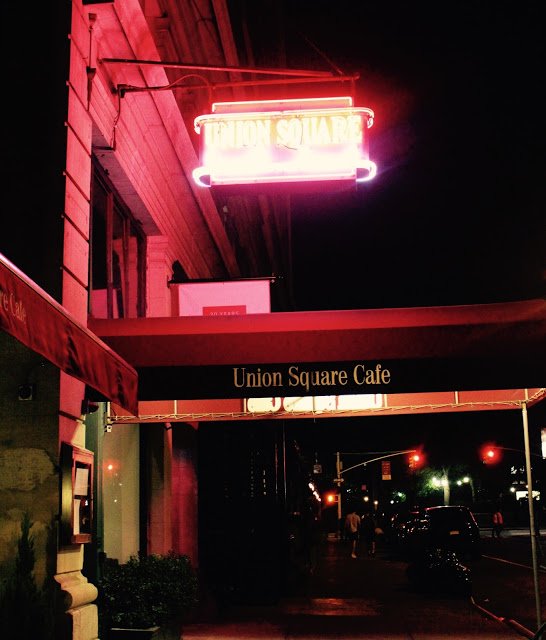 The thought of Danny Meyer’s Union Square Café closing lit a fire under my tush to at last eat dinner in the iconic New York restaurant. Trust me when I divulge that I’ve wanted to eat here practically since I moved to New York. So finally a few weeks back, I caught up with my friend Amara over a few glasses of vino and several plates of marvelous food.

It’s not like I won’t have the chance to dine at Union Square Café again. Meyer will move the restaurant up the street to occupy City Crab’s space at 19th and Park, and the new digs will supposedly look and feel a lot like the current space. But beyond the Union Square Café legacy carrying on, there’s something nostalgic about eating in the original, which opened in 1985. A 30-year tenure for any restaurant in New York City is not only something to be proud of, but today, it’s almost unheard of. What’s more, many of the city’s institutions close and never reopen, even though their owners might have the best of intentions to do so.

I am thrilled that the café’s tradition will continue, especially after my memorable meal there with a good friend. 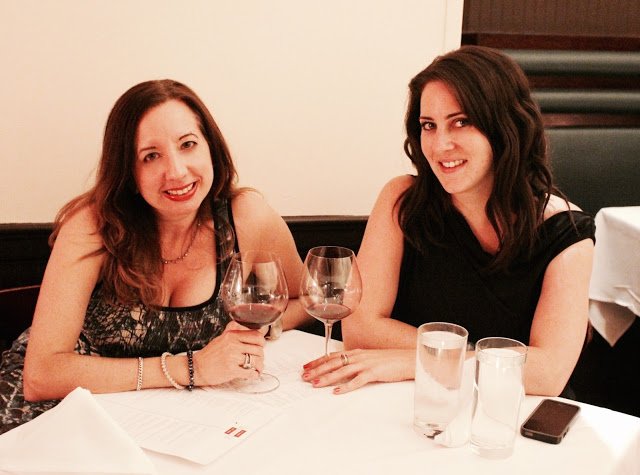 Amara and I shared three mouthwatering courses, an appetizer, a full-size pasta, and an entree. The portions were more than ample, as we had no space left for dessert! Here’s what we ordered (if you’re not hungry, you will be after seeing these exquisite plates).

After we’d nibbled on the bread basket and olives, we started our food fest with the Soft shell crab, chilled corn-coconut broth, nectarines, cucumber, and Thai bird chilies ($18). I look at soft shells as a non-seafood-eaters fish, sort of like calamari, as they are most often fried with little to no fish flavor.

This version of the summer classic was unlike any I’d ever tasted. The creamy broth took this crab appetizer to another level, and it was large enough to share, but could’ve been larger because I loved it so much and wanted to continue eating it. 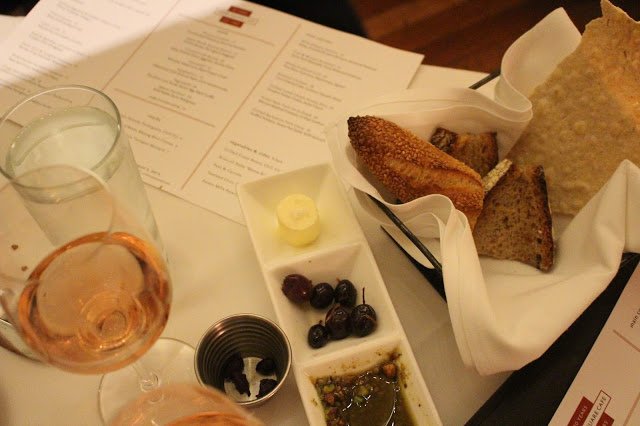 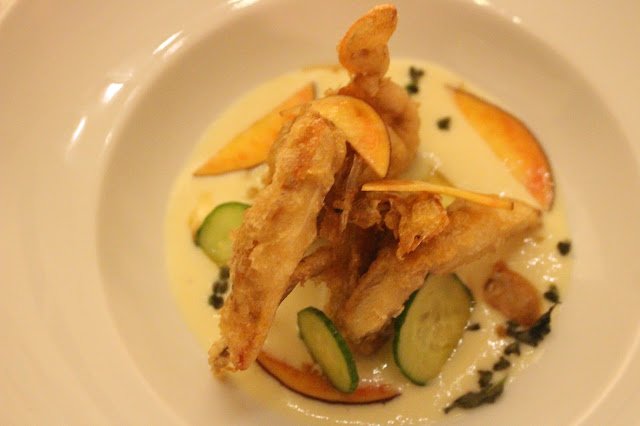 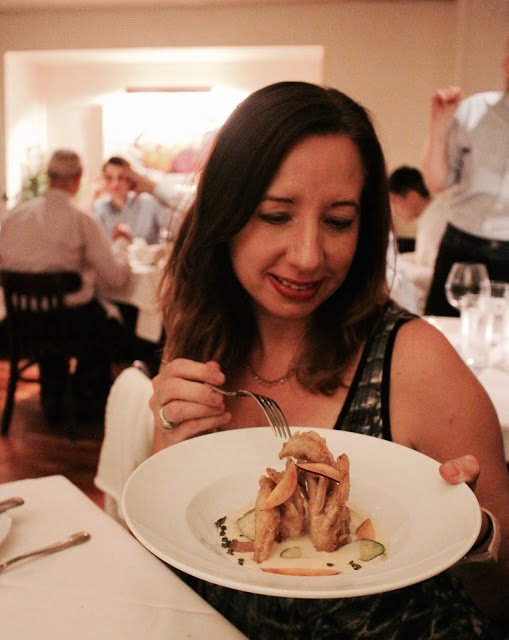 Our next shared plate, which the kitchen was kind enough to split, was the main-course size Spaghettini, flaked cod, chili, broccoli rabe, and garlic breadcrumbs ($29). This pasta was my least favorite of the three courses, but I still enjoyed it. I felt it needed a touch more sauce, but the cod was succulent and the pasta cooked al dente. This entree was Amara’s favorite plate of the night, however. I think next time, I’d try one of the other pastas, albeit this one might not be available since the menus change regularly. 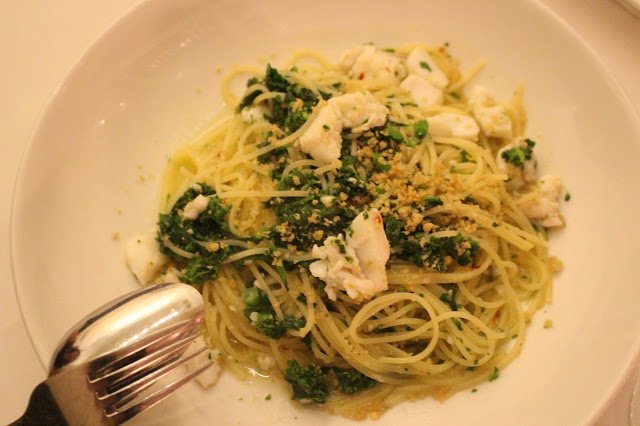 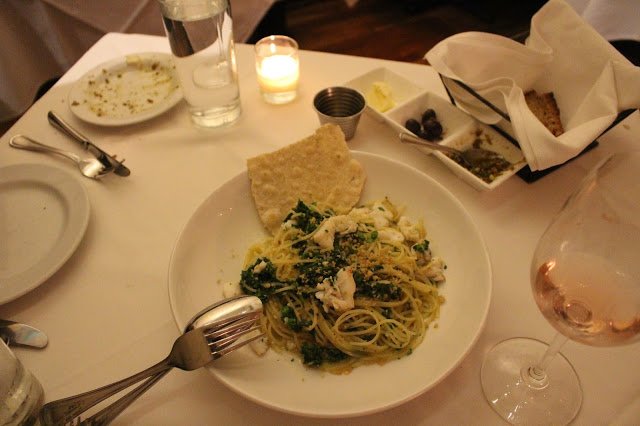 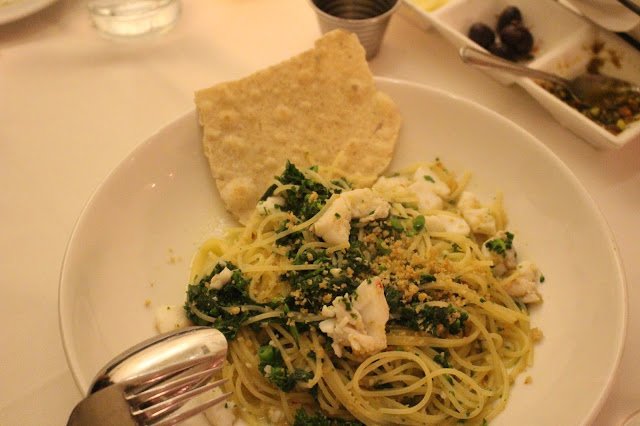 Our final shareable dish of the night was the Berkshire Pork Chop, French beans, and wilted spinach ($32). Wow, was this chop a fantastic cut of meat. Tender, juicy, even though it was on the thin side. I could’ve done without the beans, but loved the overall flavors. I rarely order pork when I’m out since I usually opt for steak or seafood, but this one was a winner, and I would most definitely order it again. 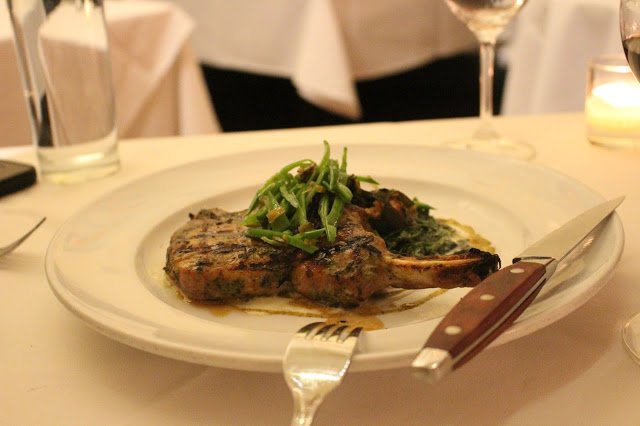 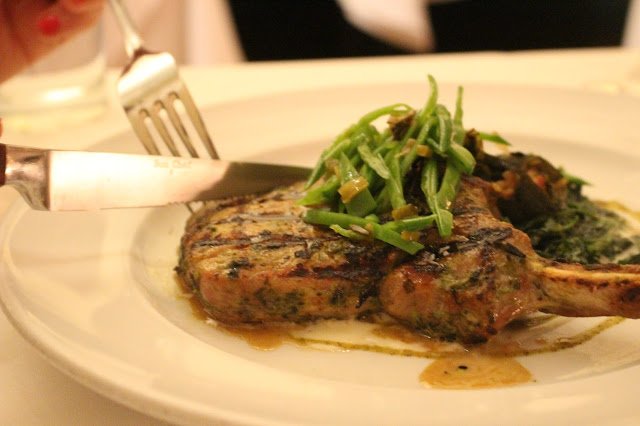 Union Square Café’s wine list is extensive and expensive. We stuck with glasses, a French rosé ($14/gl), followed by a Tempranillo ($15/gl). I was impressed by the champagne collection, perfect for a splurge during a once-in-a-lifetime or annual celebratory occasion.

On a Wednesday evening, we waited less than 15 minutes for a table at 8:30 p.m. By the time we had finished our meal, we were one of the few remaining tables as it was after 10, which is when the restaurant stops serving. On Fridays and Saturdays, the kitchen stays open until 11.

Service was pleasant and attentive, just as I’d expected.  A return trip might warrant a seat at the bar, which seems to have a pretty lively scene. I’ve read some tremendous comments about the bartenders too, and I often prefer to eat at a bar (if it comes with comfy seats) because the service can sometimes be more personal, and it offers a chance to meet and mingle with interesting characters, whether they’re natives or visitors.

I’d like to get back to Union Square Café before it ventures north a few blocks. It doesn’t have to be for a milestone evening –– one from which I’d expect far too much. I look at this slice of Danny Meyer’s empire as an enduring spot on the city’s restaurant map –– a place where you can’t help but make New York memories and savor an outstanding meal with good friends. 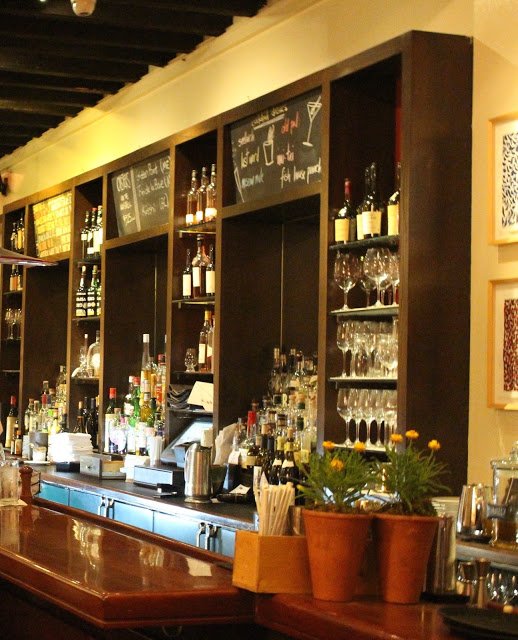 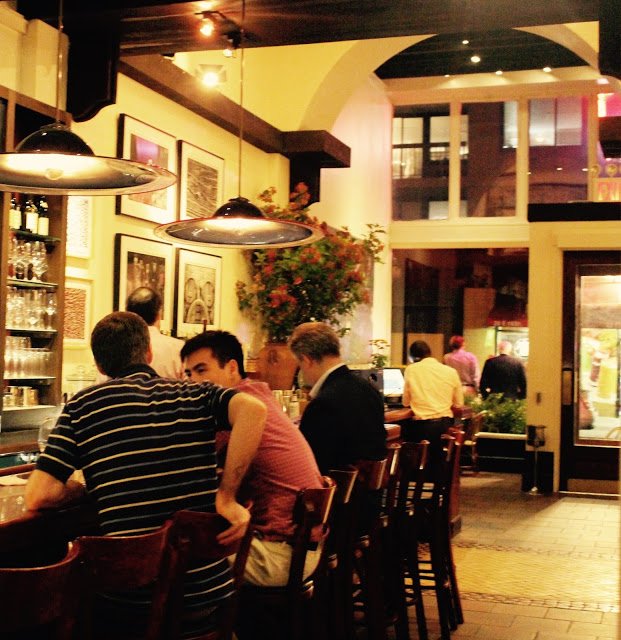 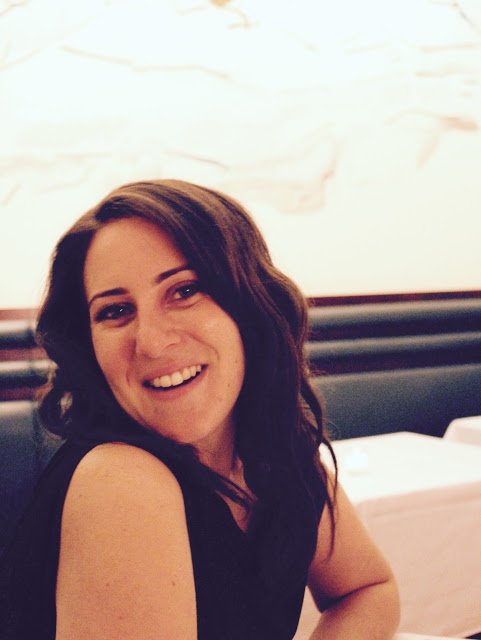 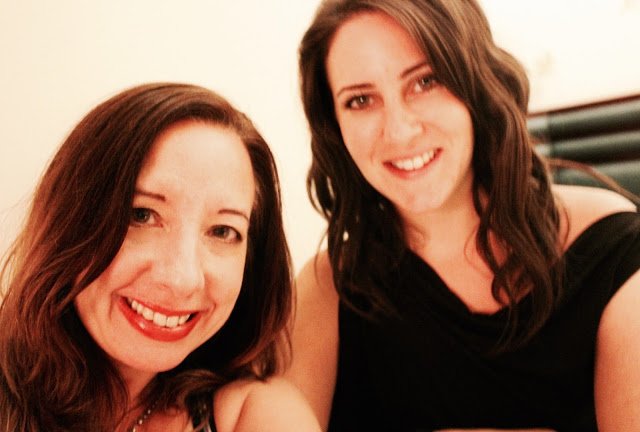 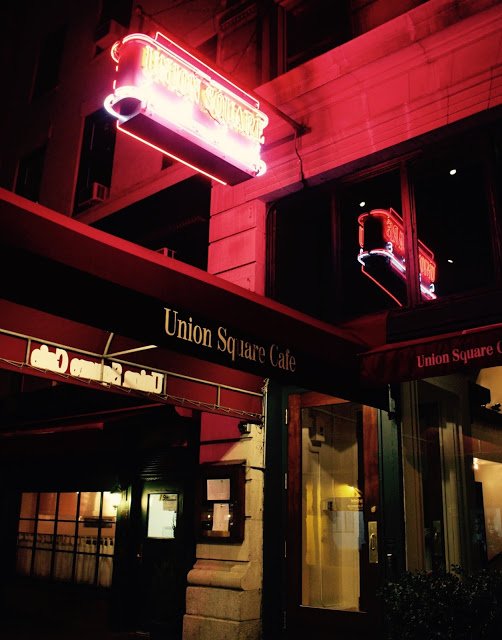