Le Dîner en Blanc is no ordinary night out. Sure, New Yorkers like to get dressed up, savor delicious food, drink fine wines by the bottle, and do the above-mentioned in style. But this dinner has an unusual dress code, a set of stringent rules, and circumstances that are beyond ideal in a city like New York. Aside from the obvious –– wearing all white –– attendees must provide everything for their evening, plus purchase tickets and alcohol.


Diners must also transport all of it, including tables, chairs, dinnerware, and more, via subway and on foot. No taxis are allowed. For anyone who’s ever taken the NY subway, which is especially packed at rush hour, this probably sounds like a hassle. And honestly, it is. But despite the schlepping (the only low-cost detail), thousands somehow manage the footslog, and many more wish they had the opportunity to experience such an arduous journey to the invitation-only picnic.

Obtaining an invitation to the coveted event is nearly impossible; many have tried in both 2011 and 2012 without success.  Nearly 4,000 attended Wednesday night’s festivities and made the trek from all over the city with their equipment and dinners in hand. Our particular group, along with three others, met at Penn Station and paraded through stampede-like crowds, nearly got crushed by the M34 crosstown bus, and finally landed at Bryant Park, the undisclosed location.

Part of the tradition of Le Dîner en Blanc is that guests don’t know where the party is until the party starts. (Though I think most people had a pretty good idea once our group leader began moving north on Sixth Avenue toward the New York Public Library, which is adjacent to Bryant Park.) I think I can speak for most when I say that we were all pretty happy about the chosen setting, which we only realized once we entered the park.

It’s certainly no surprise to see the costume-like dress on many of the diners –– this is New York City after all, and shock factor is expected. From the ordinary to the eccentric, it’s an evening of anything goes.

I chatted with a few of the other guests about the challenges: finding the appropriate size square tables (28″-32″), two white folding chairs, and picking them up sans car for most New Yorkers, then carting the dining sets by train to the specified meeting points. We all agreed that this was the least attractive part of the event. But, I’d imagine the French did this intentionally when they began Le Dîner en Blanc more than 25 years ago in Paris. Part of the ceremony is indeed the planning and journey, only to arrive at the final secret destination and eat, drink, and party with thousands of friends we haven’t met yet, in a city we all adore, and look spectacular while doing it.

I received an invitation through “Blog en Blanc,” a division of Le Dîner en Blanc, and had my bestie, Heather Moran on my arm for the evening. It was a long pilgrimage for us until this special night. We couldn’t believe our tireless efforts paid off, the evening all came together, and we were finally sitting under the stars with ideal weather, partaking in such a magical meal.


We weren’t sure that we’d be willing to go through all the necessary steps another time and attend again. But, after that first glass of Bordeaux and the contralto began trilling Puccini, standing nose to nose with the M34 became a distant memory, and we couldn’t help but fantasize about next year’s event.

Here are some scenes from Le Dîner en Blanc NYC 2013! 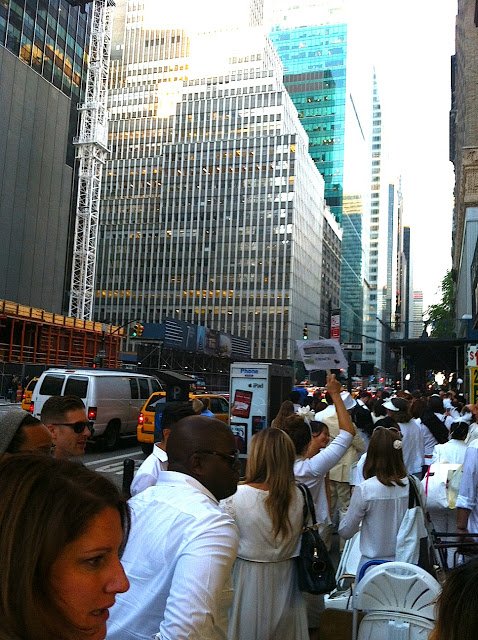 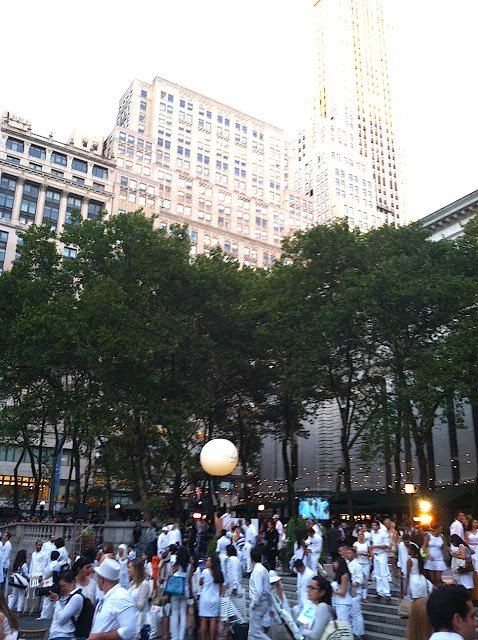 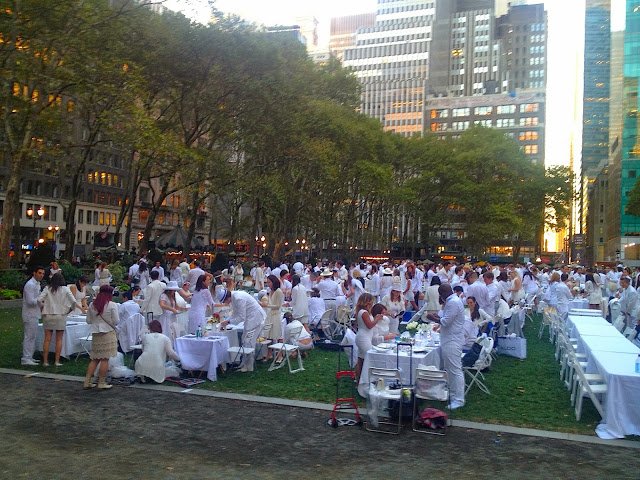 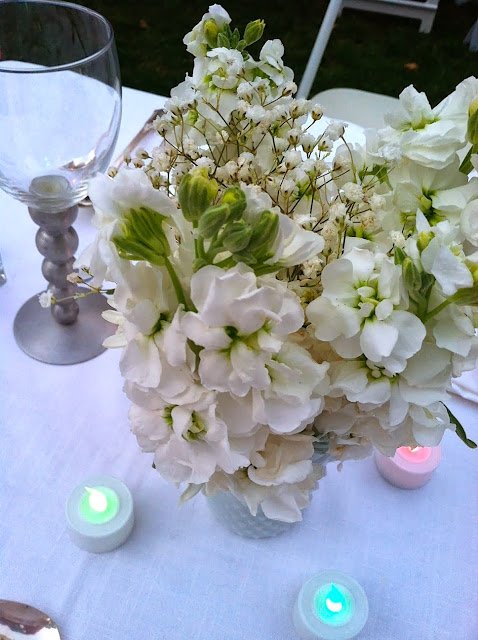 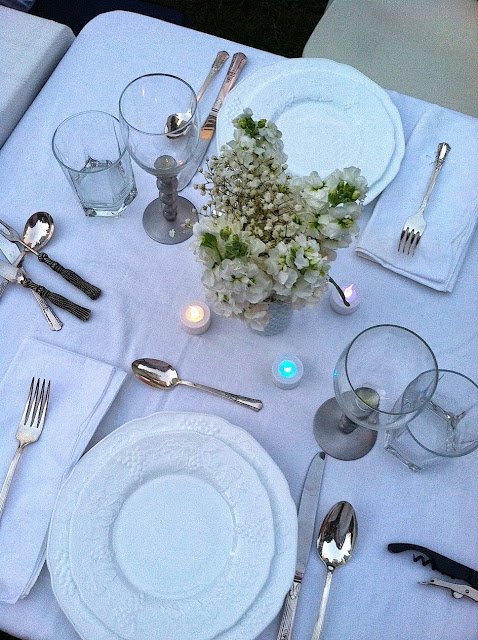 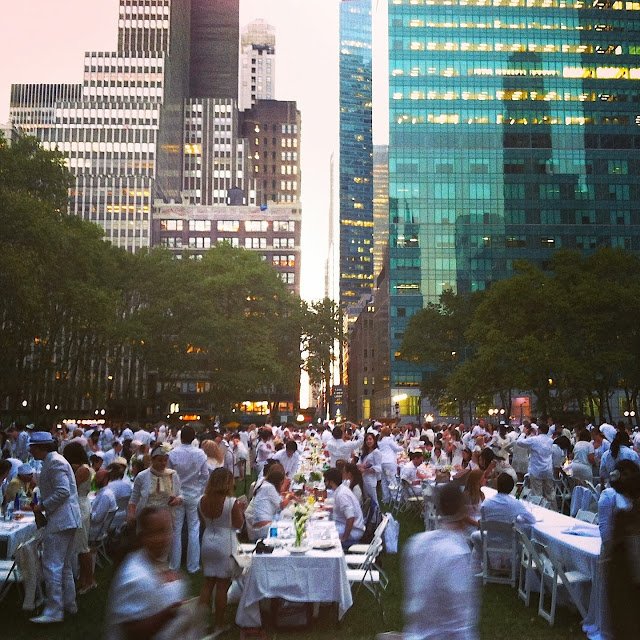 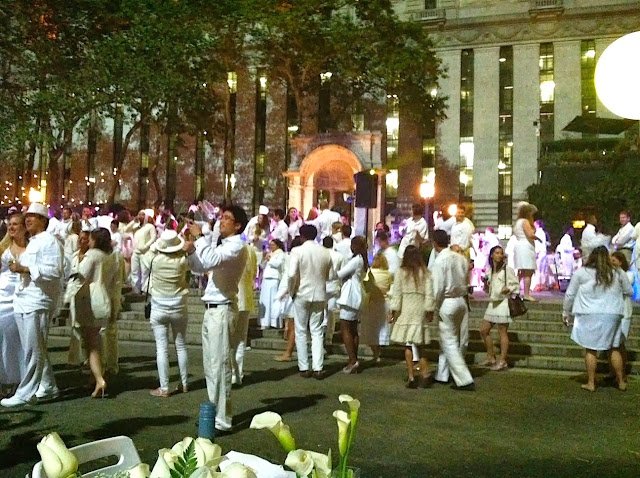 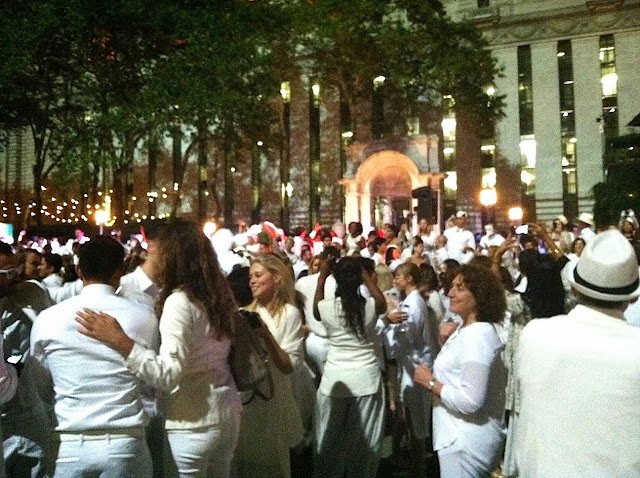 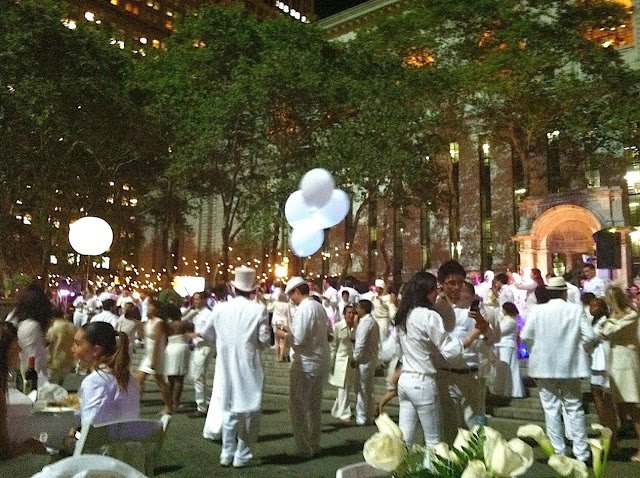 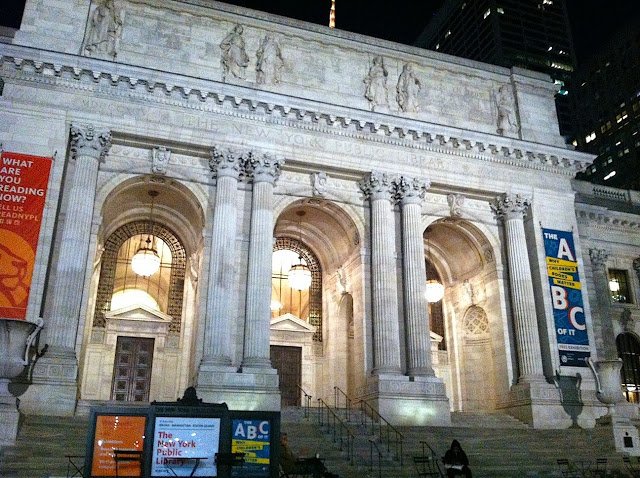