I’d like to welcome Rosemary O’Brien to the blog today to share her story about pocket parks in New York.

New York’s vibrant city culture is populated by pocket parks. When I was a young actress, I frequently ducked into one of these parks to take a break in between work or auditions. I have always loved the concept of these compact public spaces; little more than the space between buildings sometimes, with seating, greenery and the occasional waterfall or art installation.

It took me three years of research and site visits to find, photograph, and catalog the city’s pocket parks and public spaces that would be included in my guide, BEST Pocket Parks of NYC. It is a guide I was privileged to write, and an experience I was privileged to share with my then 12-year-old son, if only for one day. Taking Nick along was an excellent decision that led to a day of discovery. Here is some of what we experienced that day. 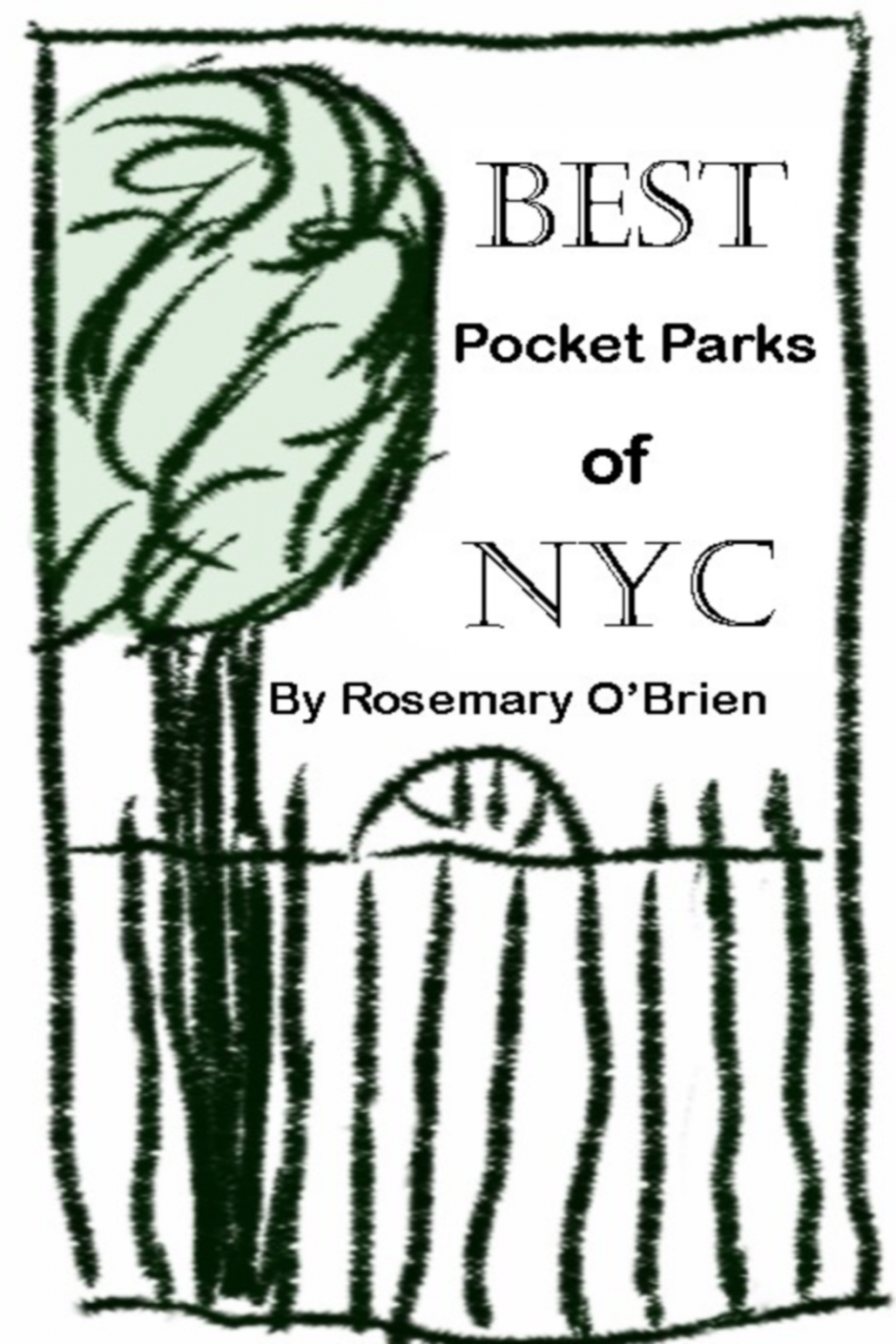 We headed into Manhattan on Metro North. Our first stop was actually an indoor pocket park located directly across the street from Grand Central Terminal. In fact, the Philip Morris Atrium was the first pocket park I ever visited when a friend took me there during my first weeks in the city. I was gratified to see that my son was as in awe as I was when I first saw it in the early ’80s.

We entered on the Park Avenue side right past 42nd Street where you get the best view of the space from the top of the stairs. He loved the built-in granite seating and four stories of glass on two sides, and thought the sculptures and art were interesting. They, in fact, are rotated in from the Whitney Museum’s permanent collection.

Next, we took the subway to Chinatown to grab an early lunch before the crowds. Jing Fong Restaurant at 20 Elizabeth Street is a favorite restaurant of my family’s. It’s a large banquet room at the top of an escalator and serves the best dumplings. Our entire family has stuffed ourselves there for under $35. The servers come around with steam carts from which you pick your favorites. We don’t always know what we’re eating, but we choose and take our chances and it is always delicious.

The next stop was nearby Chatham Square.  Kimlau Memorial Arch was erected in 1962 to honor 2nd Lieutenant Benjamin Ralph Kimlau, a World War II hero of Chinese descent, but Chatham Square has been there forever, and previously hosted the site of the Second and Third Avenue Elevated Lines before their demolition in the mid-20th century. It is a short distance from there to Columbus Park. Though that isn’t a pocket park, I had to take my son there to enjoy the Asian musicians, impromptu singers and Mahjong games. It was a hive of activity as we stopped to listen and took a few pictures of our new-found obsession: bubble tea.

The schlepp to Bennett Park about ten blocks away was worth my son’s reaction to the Helix, a sculpture by Rudolph de Harak erected in 1969. It is a series of one-inch stainless steel strips fashioned into a helix that fascinated my future engineer. This was where I discovered what a wonderful photographer he is. I handed over the camera and Nick became my official photographer for the rest of the day.

Rosemary O’Brien is an avid fan of pocket parks and New York City in general. Her new book, BEST Pocket Parks of NYC, is the first in a series of guides to pocket parks and green spaces around the country and is available on Amazon.com.