New York is a city of “firsts.” First time riding the subway. First time eating a New York bagel. First time seeing a Broadway show. The list goes on and on, and each new experience might be more memorable than the last. A few months back, I ate at Eisenberg’s Sandwich Shop –– the famous Flatiron institution –– for the very first time.  Like many New York firsts, I had no idea what to expect before I walked through the door of the 80-plus year-old diner. But one thing I knew for sure before I arrived was that I would absolutely order the legendary egg cream.

Mike and I sat at the counter, which I highly recommend for the total Eisenberg experience, even though the quarters are on the tight side. Almost immediately, a server plunked a bowl of pickles in front of us. We nibbled while watching guys toss juicy beef burgers and oversized omelets, and be cordial to what seemed like a lineup of regular customers. 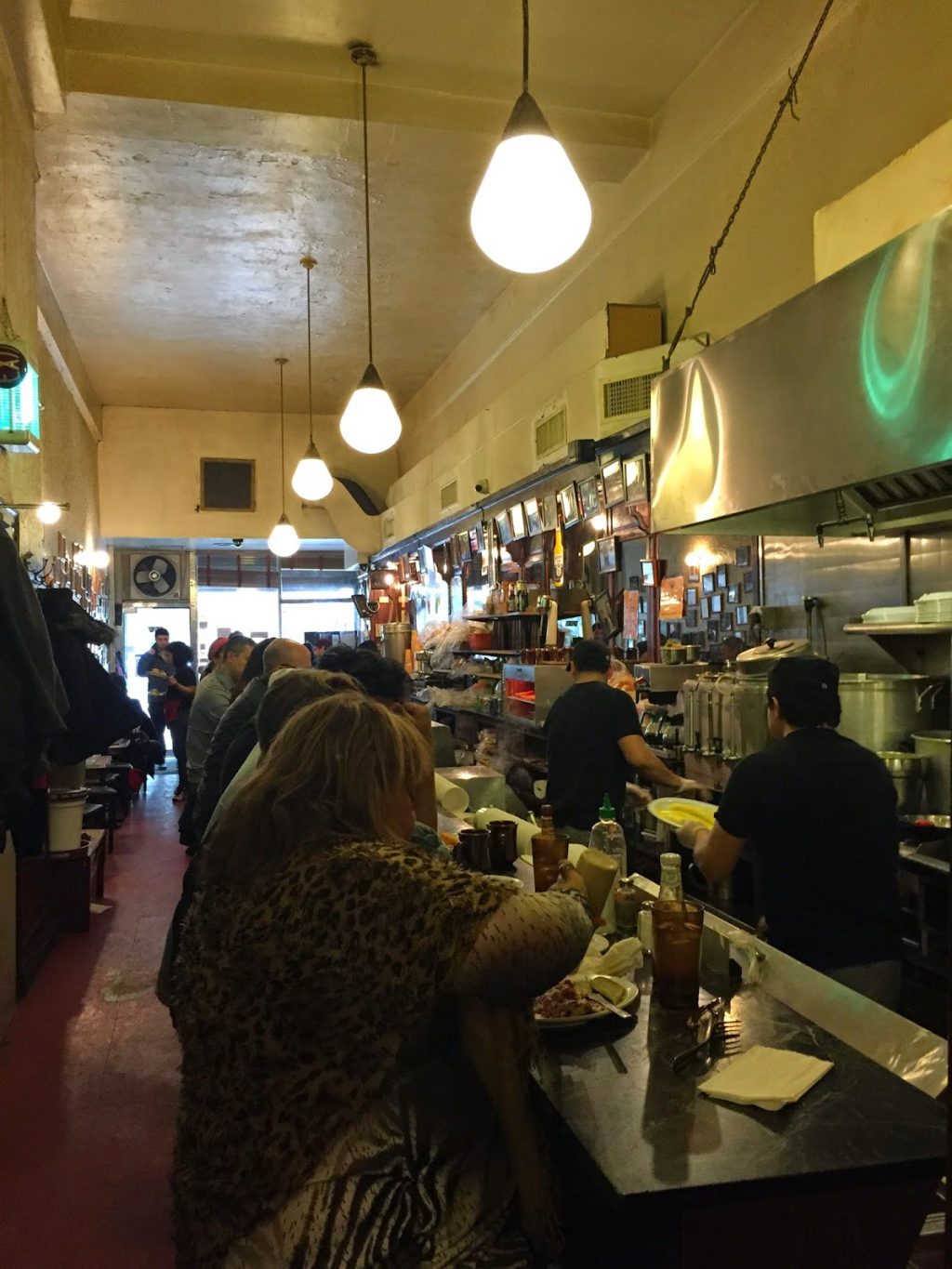 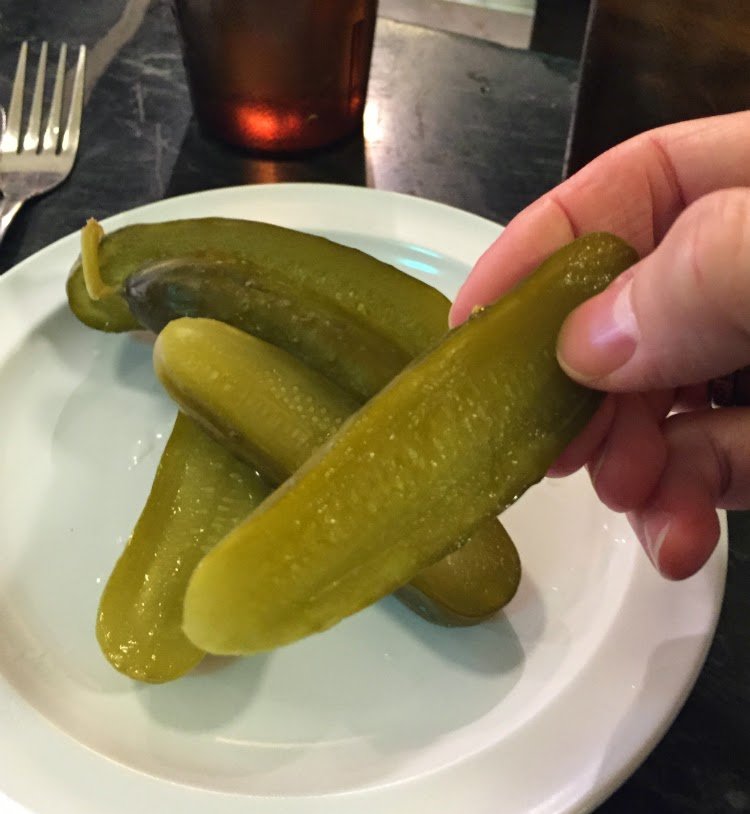 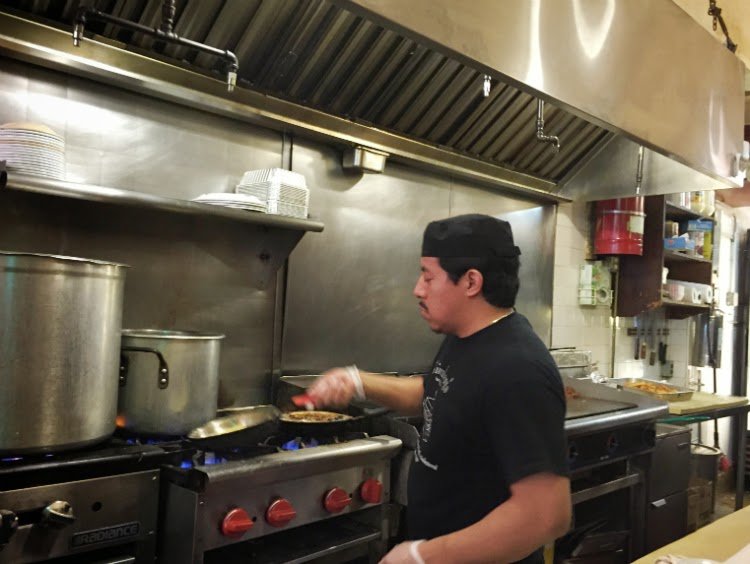 As we anxiously awaited our starter, the matzoh ball soup, I made sure I soaked up every bite of nostalgia, which oozes from each pore of this New York City classic. Not only has Eisenberg’s withstood the test of time in a fairly progressive part of town, but when you step inside, you feel as if you’ve entered another era. Was this what New York felt like in the 1930s? Or the 1970s? Or in 2005? Yes, it was. Although former patron Josh Konecky bought the business from Steve Oh ten years ago (before 2005, the diner was owned by Louis Weisberg, and before that the Eisenberg family), it’s unlikely that much else including the menu, interior, or its schtick has changed since 1929. Thank goodness. 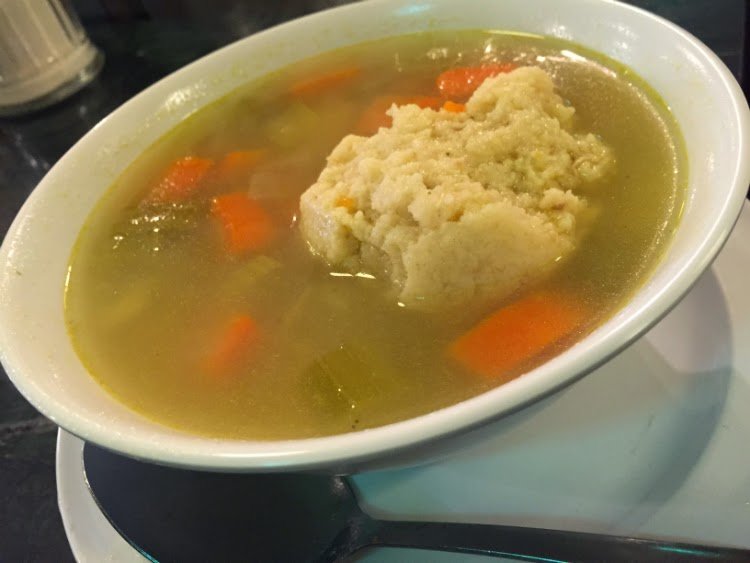 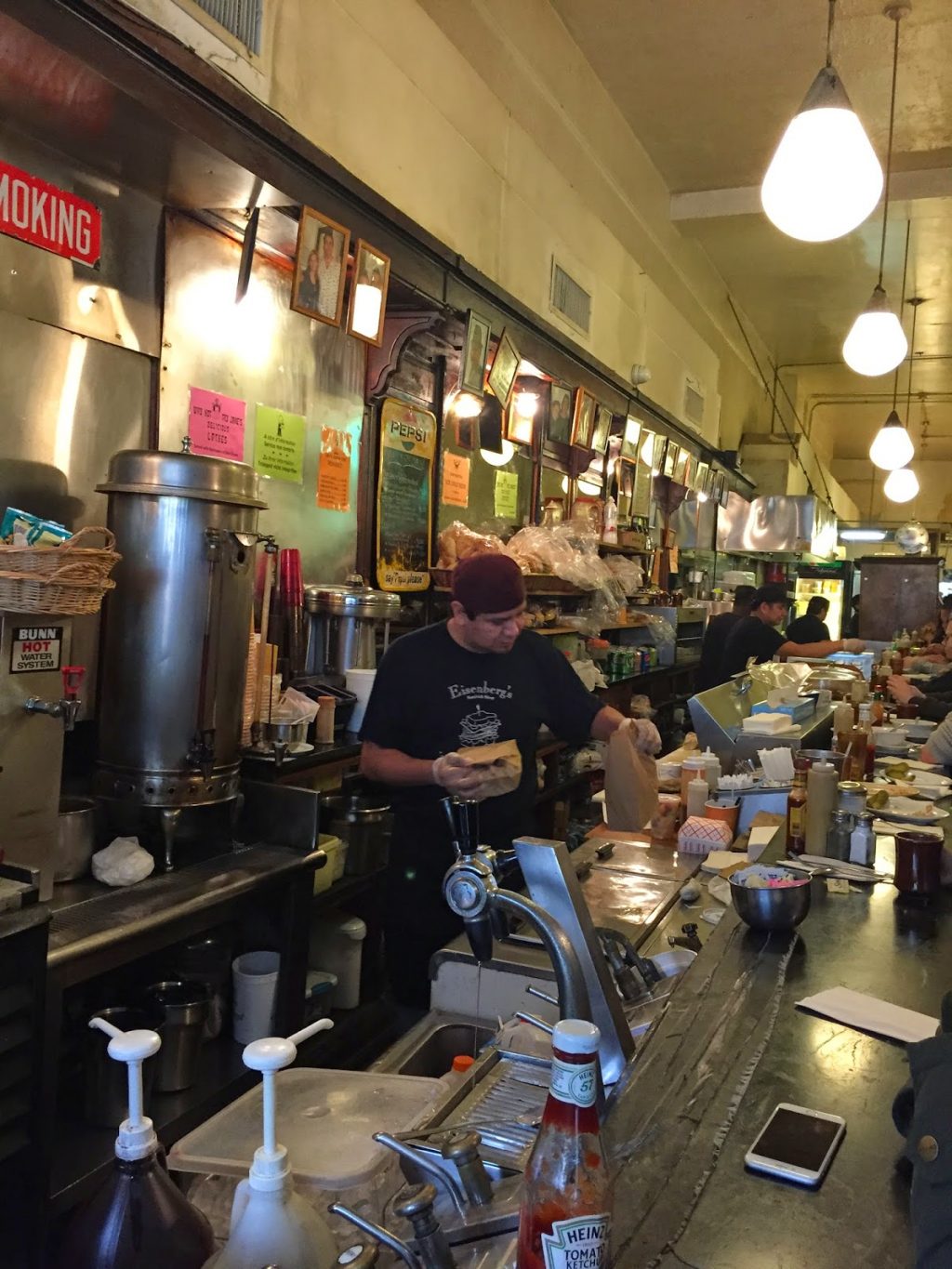 Glancing behind the counter, every single plate looked as if it had been made with love –– I wanted to try every item on the menu. (Except for the tongue and chopped liver.) I opted for the well-received tuna melt on rye with a side of cole slaw, and Mike stuck with his Jewish deli tradition: a corned beef sandwich, albeit on whole wheat. My gooey melt had the perfect amount of tuna, mayo, and cheese. This sandwich was so unbelievably yummy, I could’ve eaten a second. Mike’s corned beef was gone before I had much of a chance to look at it, let alone taste it. So that’s always a good sign!

And for the finale….the egg cream. We went with chocolate since that’s the most traditional flavor and we weren’t disappointed. Somehow I didn’t feel quite as guilty with a sugary liquid dessert as I would’ve felt ordering a slice of the famed carrot cake. There’s always next time. 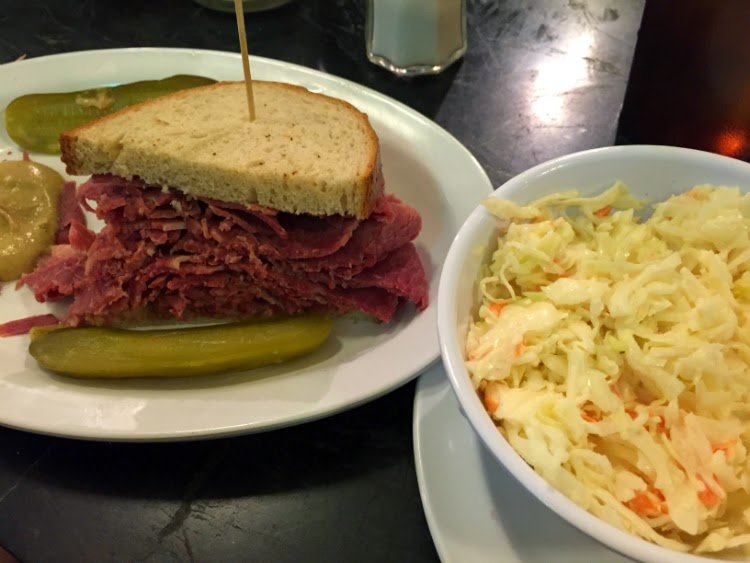 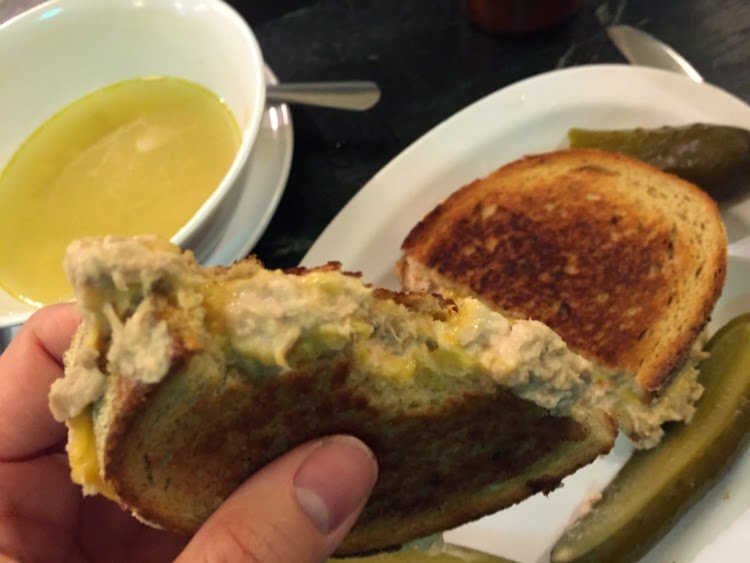 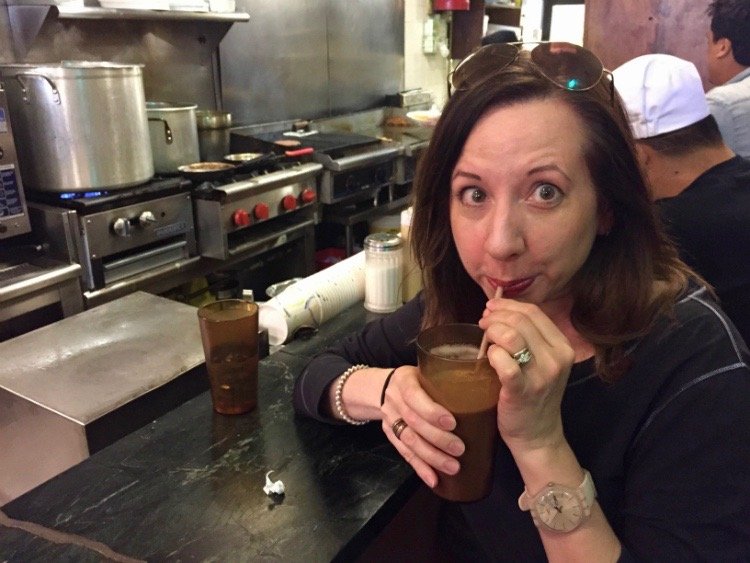 We adored the food, the attitude, atmosphere –– everything about our first visit to Eisenberg’s. But the final few minutes before we left the restaurant will stay in my top five New York moments. With no guest check (we assumed the check was at the register), Mike and I moved from our seats at the rear of the counter and walked toward the  front door. When we reached the cashier, a congenial woman asked, “What’d you have?”

Meanwhile, Mike and I looked at each other in surprise before he responded, ” A bowl of matzoh ball soup, a corned beef sandwich, a tuna melt, and an egg cream.”

The cashier hand-punched each item into the register, before I chimed in, “And a cole slaw.”

Never before had I entered any New York City establishment with an honor system. I can only assume that Eisenberg’s didn’t have a need for checks in 1929. What’s the point of changing now? 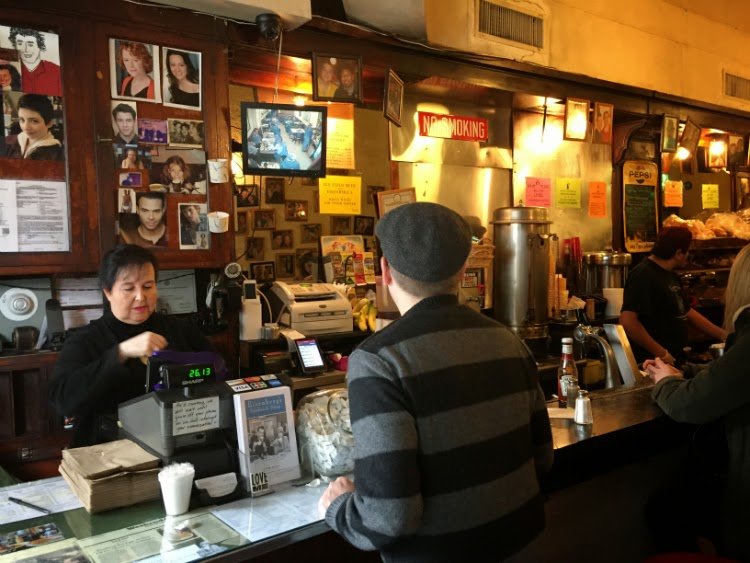 « What Twenty-Somethings Expect When Moving to NYC vs. What It’s Really Like
‘Shop NYC’ App: Map Your New York Shopping Experience »