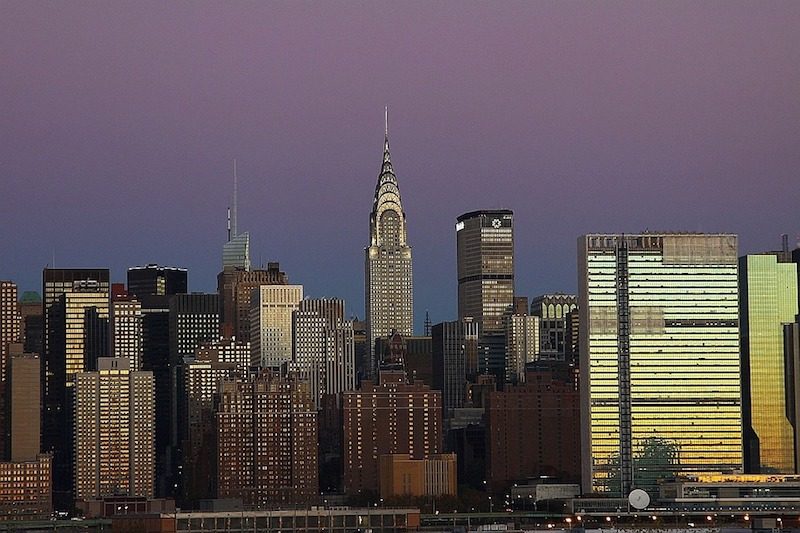 Whether you came to New York for college, career, or at random and never left (that happens sometimes!), that initial year living in the city that never sleeps is indeed unforgettable, and for good reasons. The first year is one of discovery, one in which you’ll make mistakes, and then figure things out, so you won’t make those same mistakes again. Your emotions run the gamut; sirens ring, taxis speed, lights flicker, people hurry, and you watch, listen, and wonder. And then one day, everything comes together, and you get it. If you’re about to join the ranks of the I’m-moving-to-NYC crowd, these are seven emotions you can’t help but feel during your first year living in New York.

You probably loved New York City way before you had an address or a 347 area code (212, 917, and 646 are long gone). But now that you have your very own 5 by 7 corner in someone else’s apartment, that infatuation has multiplied because you’re living here. Well, sort of living here.

2. Inspired
Yep. You knew this one was coming.

Creative, talented people crawl all over the five boroughs; you can’t help but feel inspired. In fact, you might be so inspired that if you’re a law student, you’ll find yourself cutting Case Analysis to take an improv class at Upright Citizens Brigade. Think you might be the next Amy Poehler or Tina Fey? You didn’t really need that law degree, after all. Did you?

You’re surrounded by 8.3 million New Yorkers, not to mention the 50 million tourists who dodge in and out of the city each year. Likewise, you’ll make more close friends than you can count while spooning with commuters on the 6 train. Love is in the air, at least in the smelly underground. And, you’re not dating yet. That’s when the real romance begins.

Whether you drink caffeine or not…

You’ll never want to skip a beat, because if you do, you might miss something. Overstimulation will be as regular as that morning cup of coffee (or 3) that you’ll need to keep up the pace. You’ll feel exhausted, beat up, and then crash, until you return to the streets for another dose, and overload your mind and body again. Note: If you want to avoid a lethal dose of stimulation, stay away from Times Square.

5. Confused
You’ve learned how to ride the subway, until the weekend comes when the 5 train runs on the 2 track and the 4 train runs local. WHAT?!!

You can look at the Empire State Building and know which is north, south, east, and west. You might think you’ve figured out how to get around all of Manhattan.  Isn’t it a grid, after all?  No, not all of it! Below 14th, the streets angle, turn, change, and disappear. So even though the West Village might be one of the coolest parts of the city, you’ll need Google Maps to NOT get lost.

Didn’t give up your car? Warning: the Bronx has roundabouts (I got stuck in one for 15 minutes once), and Brooklyn and Queens are technically part of Long Island (I ended up in Queens and then Long Island while driving to Greenpoint, Brooklyn, one time.) Best of luck with the BQE (I-278).

If you had patience before you moved to New York, save some in a jar for later because you’ll need it. New Yorkers are the least patient people I know, probably because we have to wait for EVERYTHING. Get used to it. Waiting, I mean. You’ll wait at the grocery store, drug store, for the elevator in your building (if you have one), for the subway and bus (especially for the bus), and at the bar to get a drink. You’ll probably be extra impatient while waiting for that drink.

You made it to the Big Apple, finally. You escaped from Little Town, USA to a city with more than 27,000 people per square mile, and where the median rent is more than $3,000 per month. You gave up your living room, your yard, your car, and your garbage disposal, to live in a box. (This last one may have been the hardest to part with.)  What could be more liberating?

How did you feel during your first year in New York? Tell us in the comments.