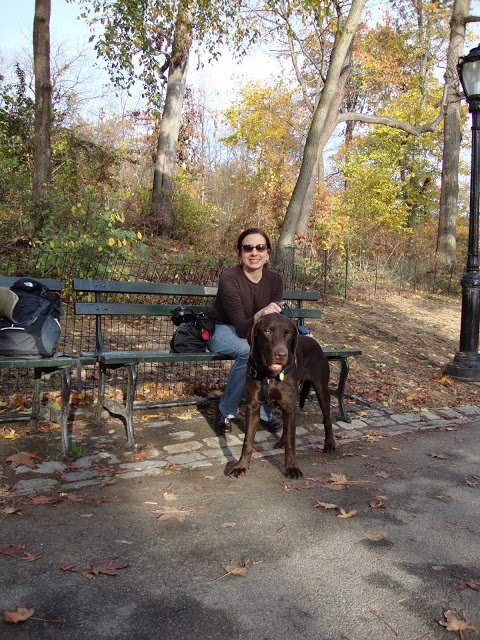 Love can be found everywhere on the streets of New York; it’s not a city with a lack of PDA. But that love is not only between people. Human beings can be seen showing their love toward animals, and animals often show it toward one another. Just proves the point that four-legged creatures require love to flourish, and feel many of the same emotions that humans do. There have been a few particular incidents over the past year that have stayed with me.


A few months ago, I noticed a gentleman carrying a dog down the enormous staircase in Riverside Park. At first I thought maybe the dog had a fear of steps, which some canines do. The stairs lead to the 87th Street dog run, and I assumed the owner was taking his dog there for an off-leash outing. When he reached the bottom of the stairs, he placed the dog on the ground, but didn’t enter the dog park. Although it didn’t look particularly old, the animal had a limp and appeared to be walking in slow motion. It was mostly white and looked like a pitbull mix with a gentle demeanor. I assumed that the dog had surgery recently, or was recovering from a pulled muscle. It was sweet of the owner to carry that dog down at least 50 steps, but I didn’t think too much more about it.


A few weeks ago, I saw the white dog walking with the man again, but just a few blocks from my apartment. This time I was up close. The dog had the same challenge moving as it had several months earlier. I could not help but smile because it all made sense to me. This man had such unconditional love for his dog; so much that he walked that dog slowly toward Riverside. Once he reached the stairs, he carried him all the way to the bottom so that the dog could be removed from the traffic and noise of the city, to have even a few short minutes of a quiet walk in the par

It was a warm, sunny day and I was walking Bogey through the park last summer. We were further South than usual–down in the seventies. There is a big patch of grass where people often play with their children. I couldn’t help but notice a woman sitting on the ground with her dog. It was a big dog–a German Shepherd I think. She had some type of stroller parked, but there was no baby—it was for the dog.


The animal was obviously quite old and not moving around at all, and probably had lost the use of its back legs. The sight brought tears to me eyes. The love between this dog and the woman, who could have been the owner or a caregiver, was remarkable as I observed. In an instant my sadness turned to happiness, because I realized what a great life this dog had. Watching was so peaceful. That could have been its dying day—what a marvelous way to end a life. That creature was given love and attention that many animals will never experience.  As I walked 2-year-old Bogey who was romping and trying to catch squirrels, I knew that in no time he would be that old dog.


I need to savor every moment while I can.