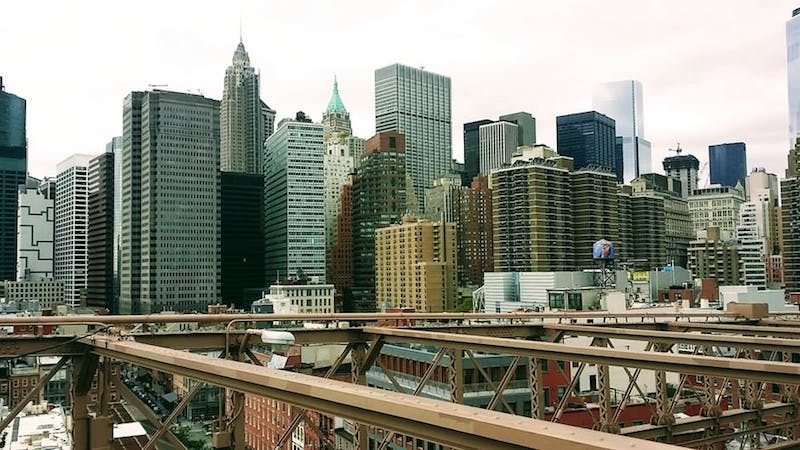 There Are Countless Free Things to Do in New York City!

Life in NYC doesn’t come cheap, but there’s no shortage of inexpensive or free things to do in New York City, either. Even if your wallet is on the thin side, you can immerse yourself in all this city has to offer, yet manage to stay on a budget. Ask most any New Yorker about the greatest aspects of life here, and you’ll get a bargain list because some of the best things to do in NYC are free.

Here’s a diverse lineup to get you started, but this is in no way comprehensive. Each season brings more sights and activities, many of which cost only transportation to and from, or $2.75 each way by subway or bus. I’d say a day out in New York for less than six bucks is quite a deal! Continue reading for my list of 62 free things to do in New York City.

4. Get lost in the West Village.

6. Capture the East Village on film.

7. Take in the view of Columbus Circle from the upper level of the Time Warner Building.

8. Check out the Bronx Zoo on a Wednesday.

10. Walk along the promenade in Battery Park and view the Statue of Liberty.

13. Take a walking tour of the Lower East Side.

14. Bird watch in the North Woods of Central Park.

Below, find more free things to do in New York City!

16. Swim in one of the city’s outdoor pools.

20. Tour Brooklyn Brewery on the weekend.

21. Observe the culture in Columbus Park in Chinatown.

22. Gaze at the Lincoln Center fountains.

24. Take a Power Vinyasa class at Yoga to the People. ($10 suggested donation but not required)

28. Walk over the Brooklyn Bridge.

Looking for more free things to do in New York City? Continue reading….

31. View the exhibits at the FIT (Fashion Institute of Technology) Museum.

32. Learn something through a free event at Cooper Union.

34. Check out Fort Wadsworth in Staten Island, one of the oldest military sites in the US.

36. Go to a comedy show at the Upright Citizens Brigade.

37. Watch a live television show taping. (Choose from Jimmy Fallon, The Daily Show, and many more.)

38. Sunbathe on the Great Lawn in Central Park.

40. Wander through Little Italy in the Bronx

41. Take Tai Chi at the Soldier and Sailor’s Monument in Riverside Park (summers only).

48. Stroll along the Roosevelt Island Promenade.

And even more free things to do in New York City…

50. Walk across Manhattan from the Hudson River to the East River.

51. Jog around the Jacqueline Kennedy Onassis Reservoir in Central Park.

53. Wait outside a Broadway theater for a star’s autograph.

54. Walk or run through Hudson River Park from 59th Street to Battery Park.

55. Feel at peace in the Conservatory Garden.

57. Gaze at the mural on the ground floor of the Chrysler Building.

58. Take advantage of the free performances at the Juilliard School.

59. Listen to a concert in a New York City park.

60. Go to the Cathedral of St. John the Divine, the largest cathedral in the world.

61. Catch some rays at Rockaway Beach.

62. Sit on the steps of the Metropolitan Museum of Art.

Do you have your own list of free things to do in New York City? Please share!