Even though it’s called the “concrete jungle,” NYC doesn’t exactly conjure up visions of nature and wildlife. Venture outside the city, however, and the state of New York has a fantastic level of biodiversity. If you’re a wildlife enthusiast who binge watches nature documentaries (I’m personally addicted to anything on the BBC narrated by naturalist David Attenborough), then you’ll appreciate these fun facts about New York City wildlife. And, surprisingly, there are some fascinating animals living right in the Big Apple.

Despite a place on the endangered species list in the 1970’s, Peregrine Falcons are slowly building back up in numbers, due to their NYC habitat. The city’s sky-high buildings, church steeples, and bridges provide idyllic nesting spots for falcons – far enough away from humans, but close enough to a plentiful food source of other birds, including pigeons.

Perched high above the city, falcons can easily spot potential prey. When a Peregrine Falcon is on the hunt, it will chase a bird into an open area, such as above the reservoir in Central Park. Finally, it dives down onto its prey at a speed of up to 273 miles per hour and snatches the bird in midair. 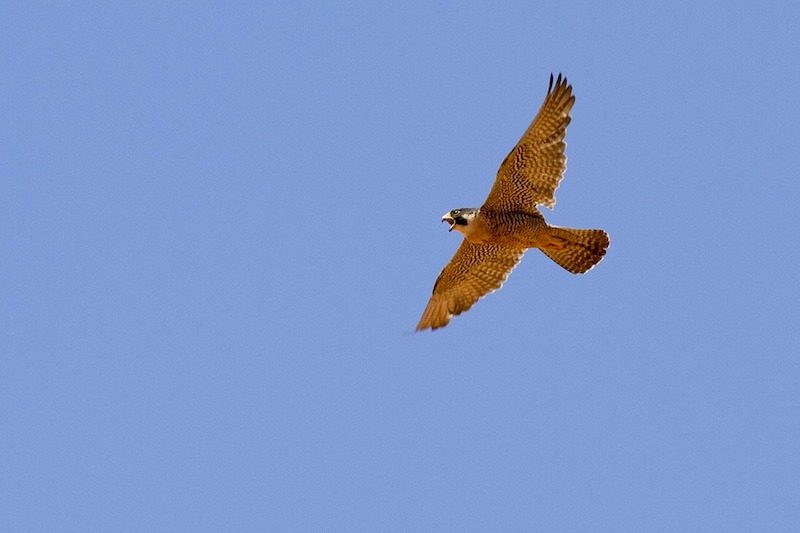 Great news, beachgoers! Thanks to significantly cleaner waters, great white sharks are deciding to procreate and give birth around New York Harbor. Even though billions of gallons of untreated sewage are still dumped into the water every year (gross, right?), the water quality is the best it has been within the past century. Just think of these great whites as a sort of “indicator species,” signaling better water quality and a healthier environment, and you’ll see their increasing presence as a good thing. And remember – Jaws wasn’t real.

Turtle hatching grounds can be found in Jamaica Bay.

You don’t have to travel somewhere exotic like the Galapagos Islands to witness baby turtles hatching. Jamaica Bay, located along the southern side of Long Island, is a regular hatching ground for female diamondback terrapins during the months of June and July. If you time it right, you may be able to see the babies hatch and scurry off into the water. 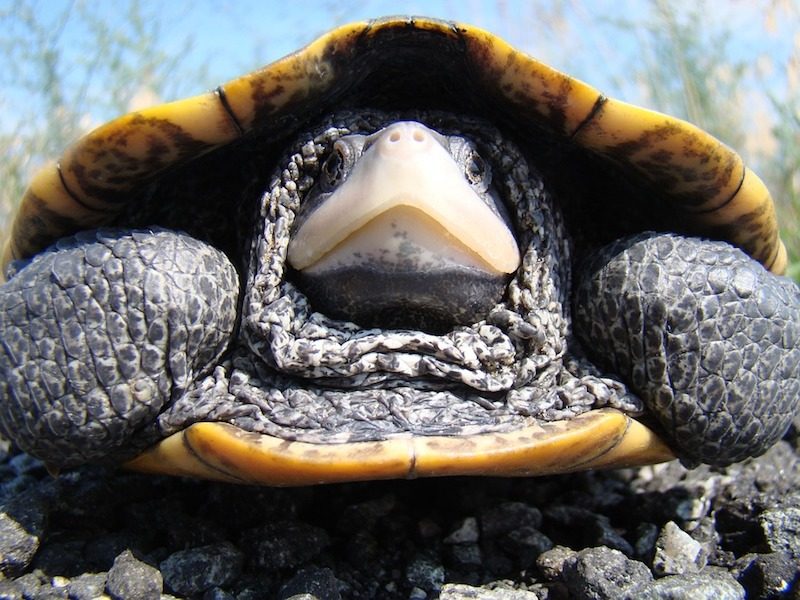 New York has a population of wild turkeys.

Perhaps one of the most patriotic-looking birds around, the male Eastern wild turkey has red, white, and blue skin, grows up to 2.5 feet tall, and can tip the scale at 25 pounds. Due to farming, the original wild turkeys of New York disappeared by the mid-1800s. With decades of restoration efforts, however, over 250,000 wild turkeys now reside throughout the state, as descendants from a population of turkeys in Pennsylvania.

Bats may not be everyone’s wildlife favorite, but you can thank little brown bats for trying to do their part in controlling New York City’s mosquito population. In fact, a single little brown bat can eat up to 1,000 mosquitoes in an hour. 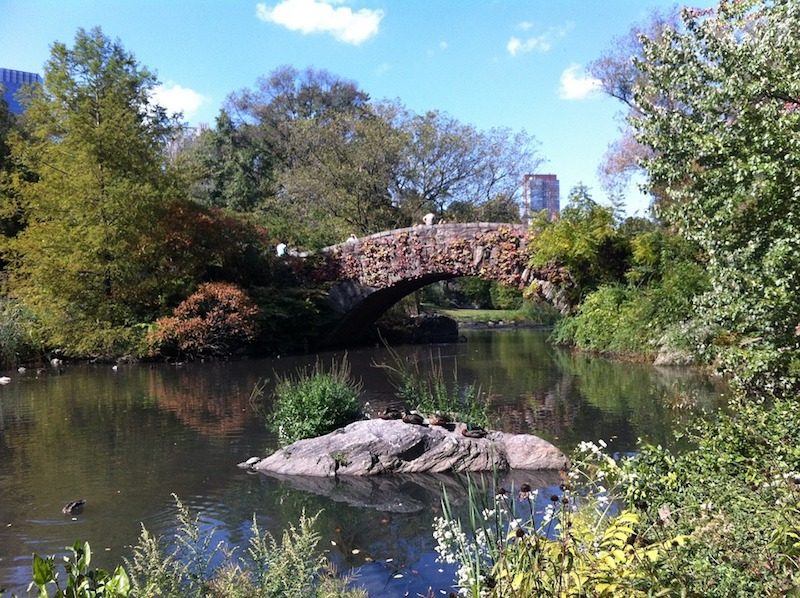 Whales and dolphins are making a comeback.

During the 1700’s, the waters off the coast of New York were teeming with whales and dolphins, easily visible from the shoreline. Unfortunately, hunting, an overcrowding of boats, and an exponential increase of pollution led to a severe decline in numbers––that is until marine conservationists stepped up. Today, you can take a whale-watching tour from New York Harbor or the Rockaways and see marine mammals like humpback whales, dolphins, and the elusive fin whale, the world’s second largest whale species. It’s a definite bucket list experience for any fan of New York City wildlife.

Also, the wild things live on the Upper West Side. And if you’re into wildlife, check out this travel blog post.