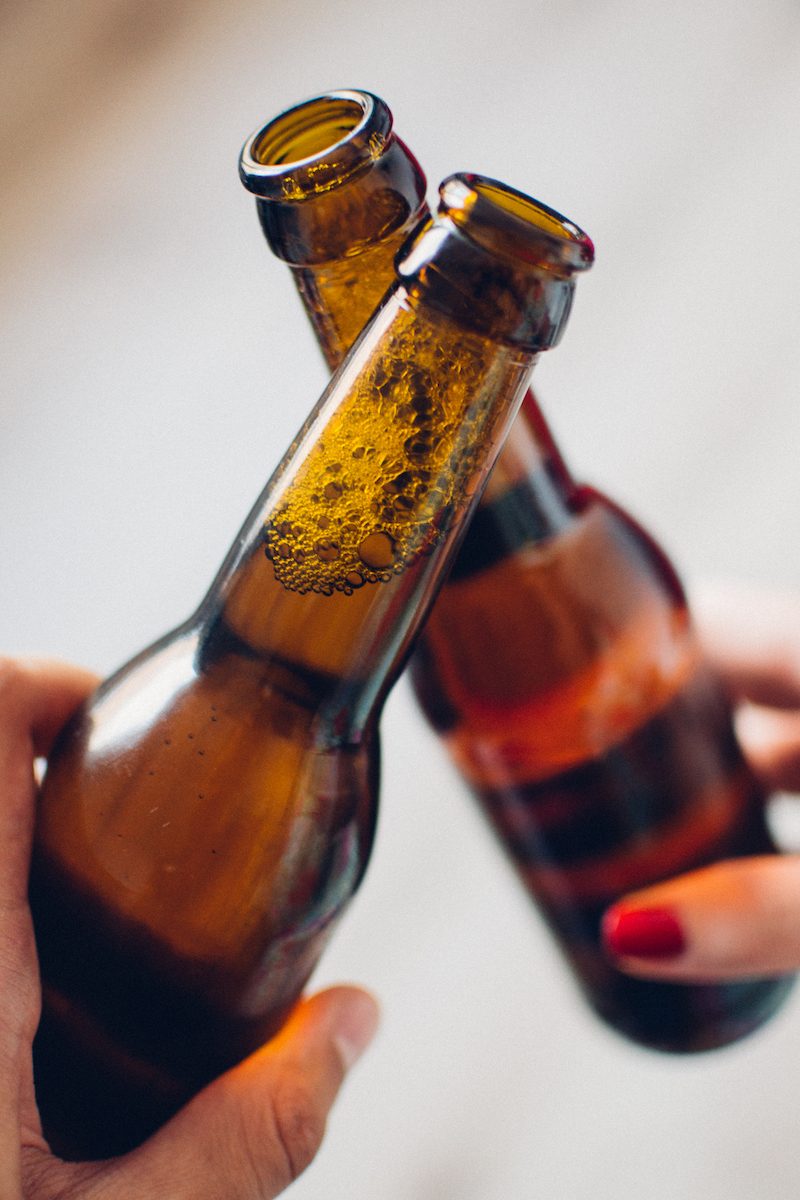 Last week was a rough one.  There’s nothing like a cocktail to ease the stress and pain of life in the big city –– on a Tuesday. Reif’s Tavern, established 1942, was the place.  It was a sweltering day and so the drink of choice was an ice cold beer. Well hell, PBRs are just $2 until 7 p.m. every day!

Mike and I grabbed our brews and headed for the backyard. This was the bar we came to when we explored this neighborhood; when living in New York City was nothing more than a pipe dream.  But today, we were full-time residents, and so was the 12-inch rodent crawling up one of the trash cans. No need to elaborate. All at once, I felt the need to drink my beer inside, and so we moved to the bar.

We each grabbed a stool at the L-shaped bar where only a few regulars were shooting the breeze over their poison of choice. The bartender, Ray, was just about as sweet as they come. The song playing in the background was “New York, New York” by Sinatra. Ray commented, “I Love New York and I will never leave! I’ve lived here my whole life and I still love it.”   He was born and raised in Spanish Harlem and now lives near the bar at 92nd and 2nd Avenue, and is a full-timer at Reif’s.

The character of the night was a gentleman named “Too Tall,” and I’m not kidding.  I guess he got the name simply because he is too tall.  I never did hear his real name, but that is just what everyone calls him—even us, and we had just met him.  He was about 6-4 or 6-5 with messy white hair, a mustache, and a rather rough looking face, but a warm heart.Then there were a couple of women, like Lynne, who was super friendly and works for the Metropolitan Museum of Art. She had already had “a few” before she arrived.  Lynne proceeded to tell me how she only pays $1,100 for her apartment down the street. Ah… the joys of rent-stabilization in Manhattan.

This was a wild bunch for sure. They told us how they went to brunch the previous weekend and partied the entire day and didn’t pay for any drinks!  Or maybe they didn’t remember paying!?
From Sinatra to Axel Rose to Springsteen, the music ranges like the ages. All kinds of folks are welcome at Reif’s.
Ray started mixing kamikazes on the house and we had a few, but we just can’t handle ’em like we used to! We were ready to leave by 8 p.m. and our heads were still throbbing on Wednesday.
Until our next visit to this 65-year-old establishment. I think future visits will not be on a school night. But then again, Tuesdays can be rough in the big city.