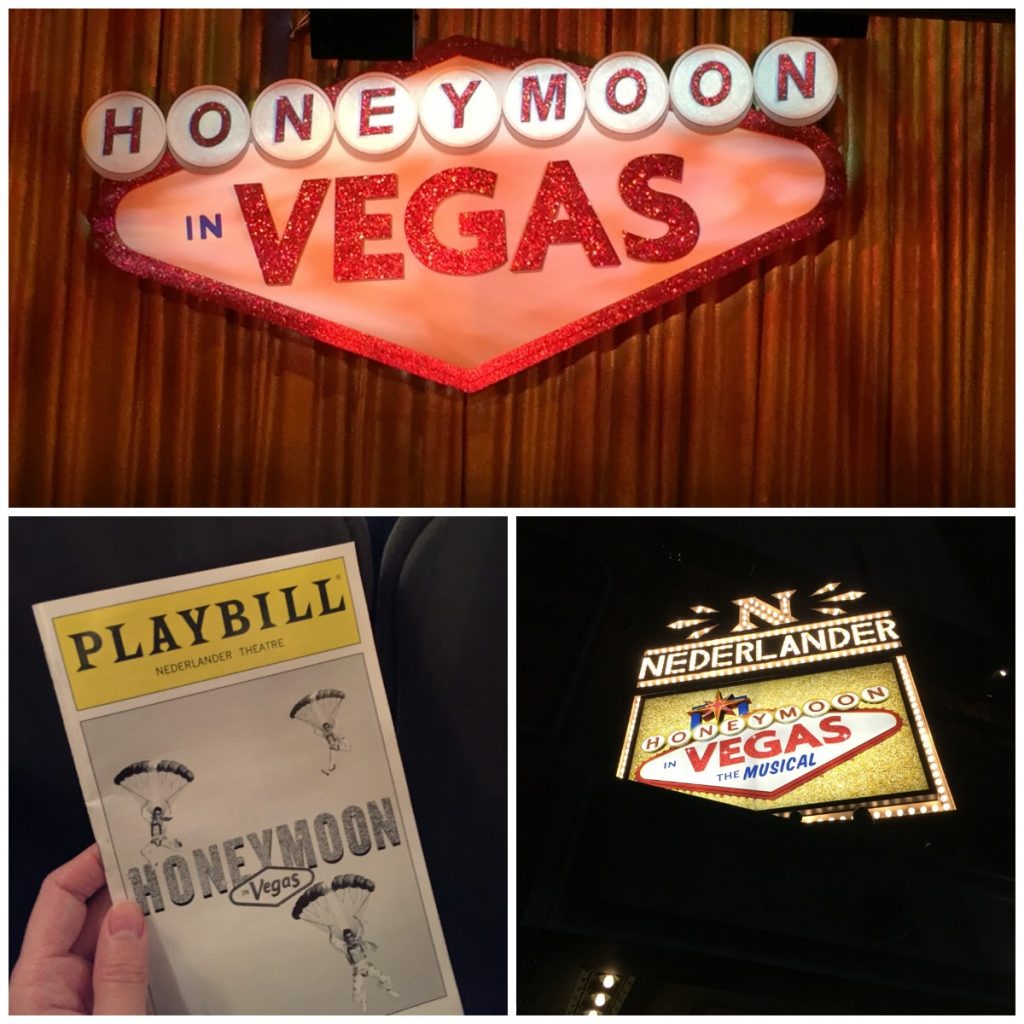 Suave. Dreamy. Slick. Cool. Scheming. I’m referring to Tony Danza’s portrayal of Tommy Nolan in the movie-turned-musical Honeymoon in Vegas, now playing on Broadway at the Nederlander Theatre. I’ve been a fan since his early days in Taxi, and, of course, no one can forget Who’s the Boss?.

When my friend Scott and I were seated in the last row of the orchestra (a perfectly fine location in the Nederlander, which is mid-size with 1,200 seats), I didn’t know what to expect from Danza or the musical. Let’s just say that I was wildly impressed, not only with Danza’s performance, but with the show as a whole.

I had read very little about Honeymoon Broadway, but I was terribly excited about seeing Danza croon a few tunes and chassé around the stage. I crossed my fingers that he’d break out the taps at some point, because from what I could remember, he was a pretty darn good hoofer.

You might remember the 1992 film starring Nicolas Cage, Sarah Jessica Parker, and James Caan. Set in New York, Las Vegas and Hawaii, Honeymoon in Vegas tells the story of Brooklynite Jack Singer (Rob McClure), who swore to his dying mother Bea (Nancy Opel) that he’d never get married. Despite his promise, years later he proposes to his girlfriend Betsy Nolan (Brynn O’Malley), and the couple flies to Sin City for a quick wedding ceremony. Upon arrival, Tommy (Tony Danza) spots Betsy, who bears a striking resemblance to his deceased wife. Tommy is immediately smitten and pulls out all the stops to win Betsy’s heart. Meanwhile, Jack has to relinquish his fear of commitment and go above and beyond (literally) to hold on to the love of his life and tie the knot. The hilarity ensues in the midst of this romping musical romance complete with showgirls, gambling, and a team of flying Elvis impersonators. (You can only imagine!)

Based on the book by Andrew Bergman, Honeymoon in Vegas is kitschy (but in all the right ways), with romping dance sequences, can’t-help-but-hum-along catchy musical numbers, and glittery, show-stopping appeal. Filled with more punchlines than I could count, Honeymoon Broadway runs a tad long, but If I’m honest, time flew and I didn’t look at my watch once.

Triple-threat McClure (Chaplin) is charming with great comic timing in the role of Jack. As Betsy, O’Malley (Annie, Wicked) possesses every characteristic needed to play the ultimate leading lady on Broadway. Opel (Cinderella, Memphis, Urinetown) is downright hysterical as Jack’s overbearing mother, Bea Singer, and the energetic ensemble is entertaining from start to finish.

With an original score by Tony Award-winning Jason Robert Brown (Bridges of Madison County, Parade), direction by Gary Griffin (The Color Purple), scenic and projection design by Anna Louizos (In the Heights, Avenue Q), choreography by Denis Jones, and stellar contributions from the entire production team, Honeymoon in Vegas is a dazzling Broadway musical to see this season.

Without giving away too much (what happens in Vegas, stays in Vegas), Danza pulls out the tap shoes for a scene in the second act. Be still my heart.

« Where to Get the Best Egg Creams in New York City
‘Married at First Sight’: The Ultimate Blind Date »