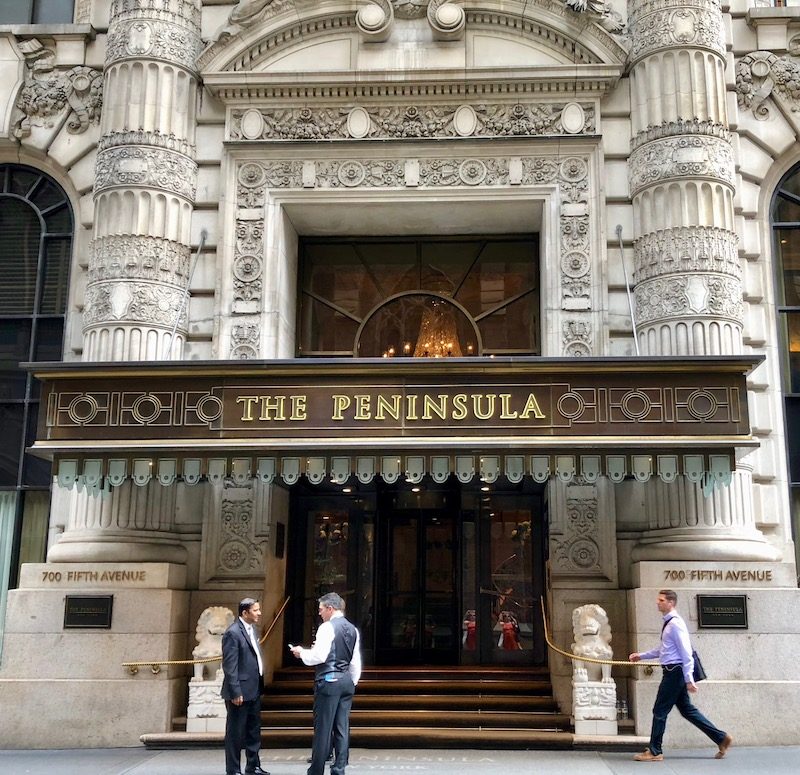 I love a good hotel art exhibit. Fabulous artwork in an already stylish interior is the icing on the cake and can make the public spaces feel much more personal.

I wish more New York hotels offered rotating exhibits. Exciting art in a hotel lobby sparks conversations (with ourselves and others) that wouldn’t otherwise happen. You could say that each piece creates a mini story. Some NYC hotels with impressive art collections include the Quin, Gramercy Park Hotel, Park Hyatt New York, Crosby Street Hotel, and The Peninsula New York. A few weeks back, I stayed at this grand dame in Midtown Manhattan, and the art collection amazed me. 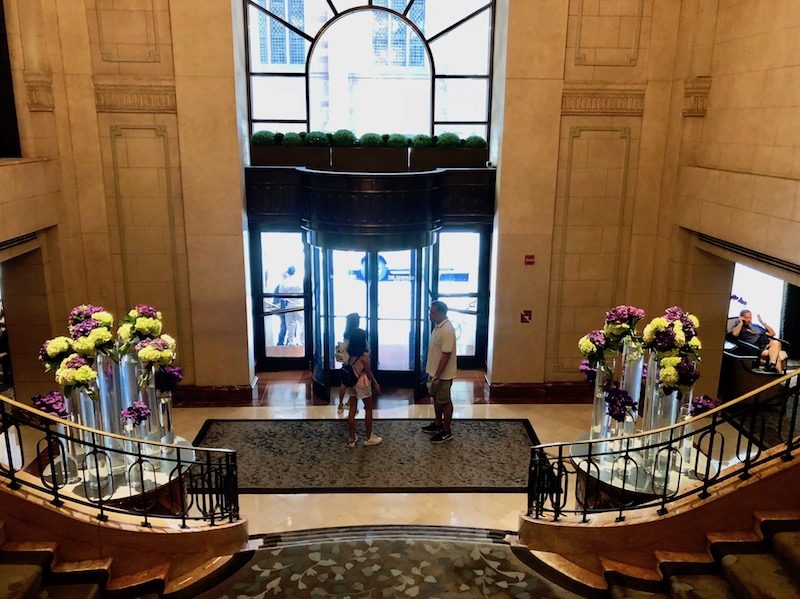 The Peninsula is a classic New York hotel, so when I walked in and saw an assortment of works by famed contemporary artists, I was taken aback. I expected to see traditional art rather than cutting-edge works from the 1980s. This exhibit features some of the greatest artists from the decade, and it’s also one of the most significant hotel art exhibits I’ve seen yet.

Keith Haring’s large-scale work on metal called “Untitled” is a must-see upon entering the hotel lobby. It’s quintessential Keith Haring (who, incidentally, was born in my hometown – Reading, PA.) 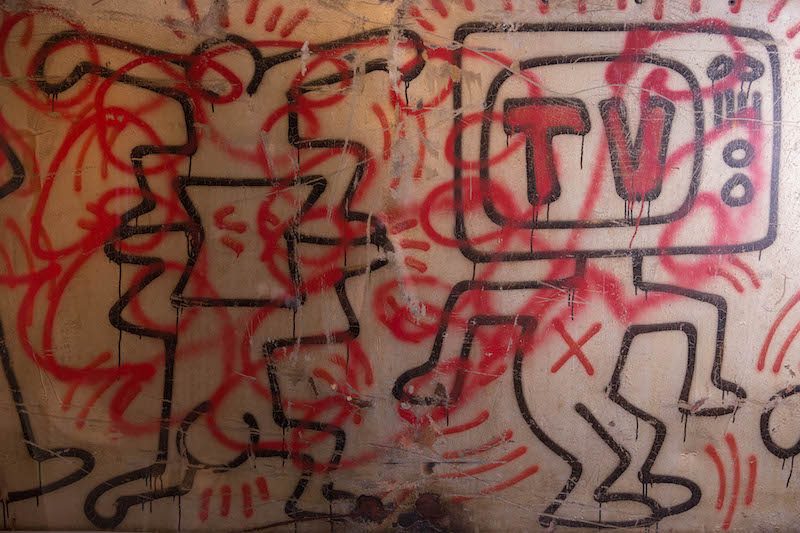 Also on view are Warhol’s ten screen prints of the famed Campbell’s Soup cans in the upper lobby and ten boldly colored interpretations of Chairman Mao – you can view these in Gotham Lounge. 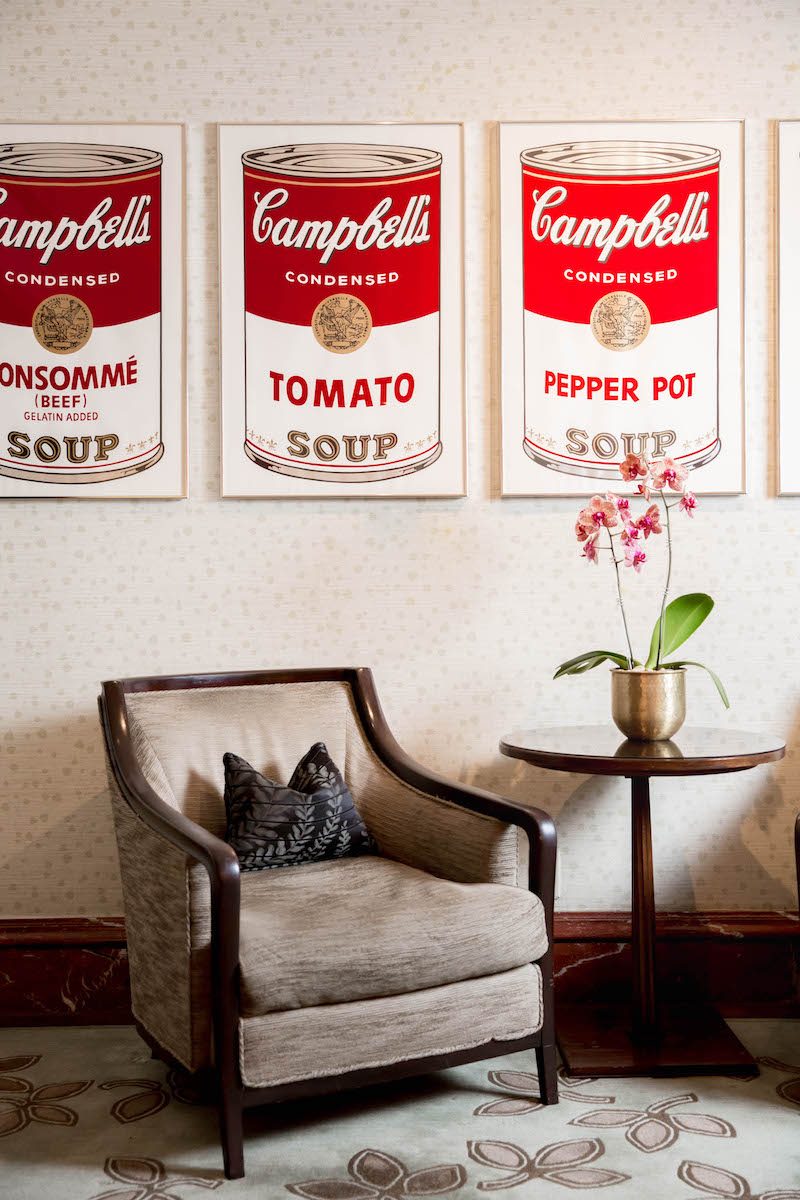 Wander to the Palm Court where you’ll discover three black and white photographs of Andy Warhol and Jean-Michel Basquiat that Michael Halsband shot in 1985. Do not miss these! Here’s one… 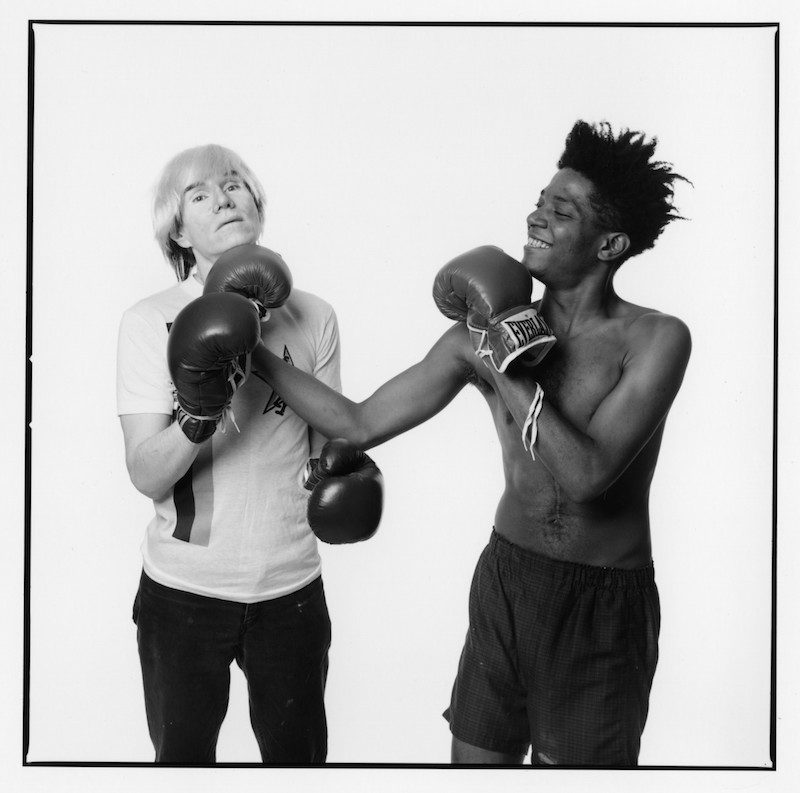 Other works by the artists are scattered throughout the reception and lobby areas. This exhibit feels like a mini-MoMA! Any art aficionado should get there before it closes at the end of October. Besides the photos by Halsband, I think Clemente’s pieces were my favorites. 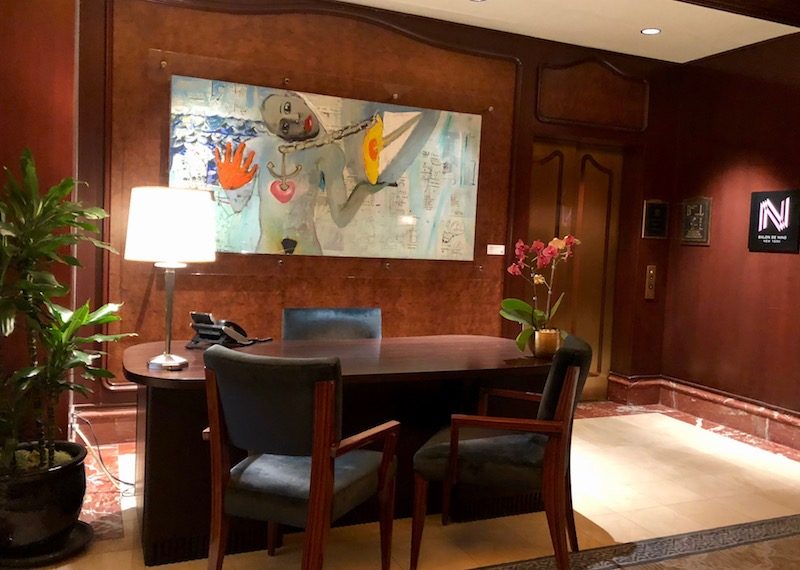 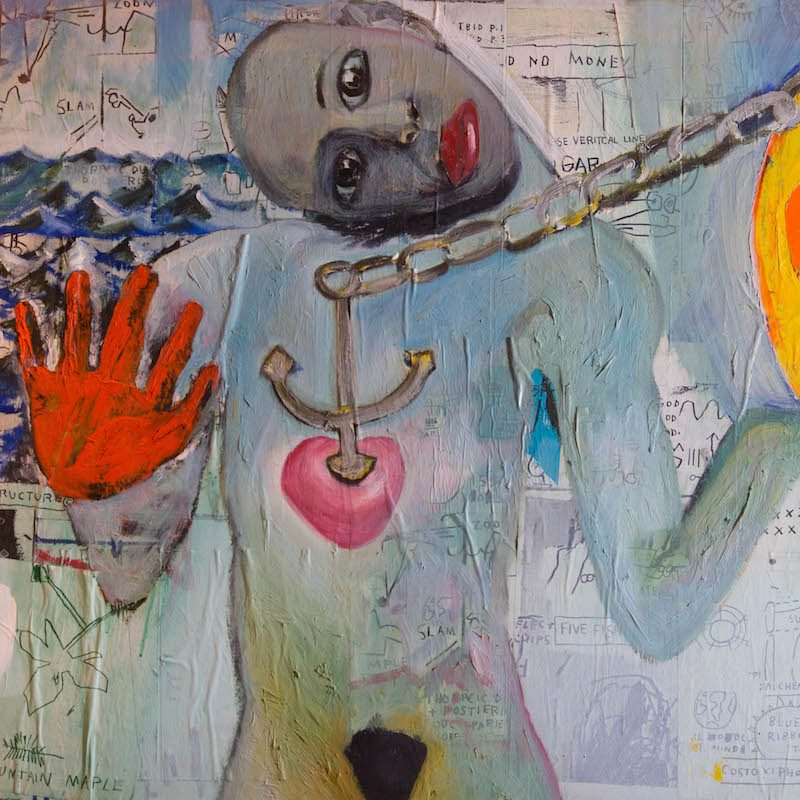 This exhibit is part of The Peninsula Hotel’s ongoing partnership with Circa 1881 to feature rotating exhibitions of world-class contemporary art.  If you can’t make this show, which runs through the end of October, be sure to check out the website for future exhibits.

All art photos courtesy of The Peninsula New York. Others by me.

Also, where to buy affordable art in NYC. And one of my top picks for New York design hotels.