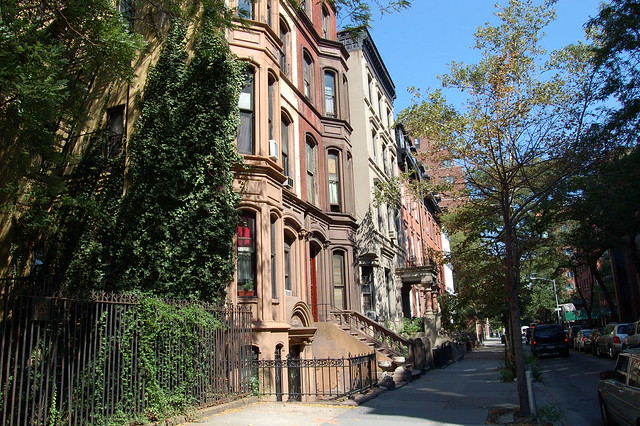 Many say that the New York of the past is nothing more than a fond memory, but I believe that these things run in cycles. If Brooklyn is the new Manhattan, could the Bronx be the new Brooklyn? What’s more, where does that leave Manhattan?

New York City is the safest major city in the country with an amazing decline in crime over the past 15 to 20 years.  We are fleeing the burbs and moving into town with our children. We no longer clench our purses or avoid wearing fine jewelry. We happily ride the subway at midnight.  But with the positive change also comes the negative.

SoHo has too many tourists –– it feels like a shopping mall –– or, it is a shopping mall. Once home to squatters, the East Village now has apartments listed in the millions.  (Yes, you can spend a million-plus dollars for an apartment in Alphabet City.)

Walking through Times Square resembles Disneyland. Where is the grit, the filth, and the muck?  For years, Broadway was the street where you held your child’s hand and even your girlfriend’s, for that matter. And 42nd Street was probably the peep show capital of the world, or at least the hub in this country.  Now, the Great White Way is whiter and cleaner than ever remembered.

I began to visit the city in the late ’70s which was a different New York. So I have read, a bit of a depressed, bankrupt and dangerous city.  And still, I loved it.  I don’t remember feeling threatened on the streets of Manhattan –– ever. Even at 12 years old and a time when jewels were ripped from necks, pockets were picked, purses snatched and bodies assaulted, walking down Broadway or any other street in the Big Apple made me feel as if I belonged.


I stayed in a sublet in Chelsea on 20th street between 7th and 8th Avenues in 1981.  At that time, the somewhat ghetto-like neighborhood felt like home to me.  With no doorman, and just 2 short flights up, I never thought that someone might try to break in or follow me.  Assault, rape, or murder never crossed my mind. Crime reached an all time high about a decade later.  I missed New York in those days—literally.
Now in 2011, we have a cleaner, happier and friendlier New York.  Some people even smile on occasion when walking down the street.  With gourmet grocery stores and coffee houses popping up on almost every block, this is the “new” New York.
I wasn’t a New Yorker in 1982.  But I do have vivid memories of my many visits, and some like they were just yesterday. I didn’t walk through the East Village at that time, I probably wouldn’t have wanted to. But I disagree with many of the comments I read or hear about the future of this city.  It is way too expensive, but it always has been. What is relative for the time?  A co-op in the 1980s went for $200K…so $750K  two-plus decades later seems somewhat fair, or is it?  The rich, famous and glamorous have always flocked to Manhattan. That hasn’t changed. The artists and creative-types have as well, and some still do.
The city is less trashy now, and shiny buildings continue to take over the cityscape.  But then again, New York has always had cutting-edge architecture. Our lost twin towers were the perfect example.
It is the old and the new, the grime and the glitter, the juxtaposition of the trash and noise of Canal Street with the beauty and tranquility of Central Park that makes this city unique. 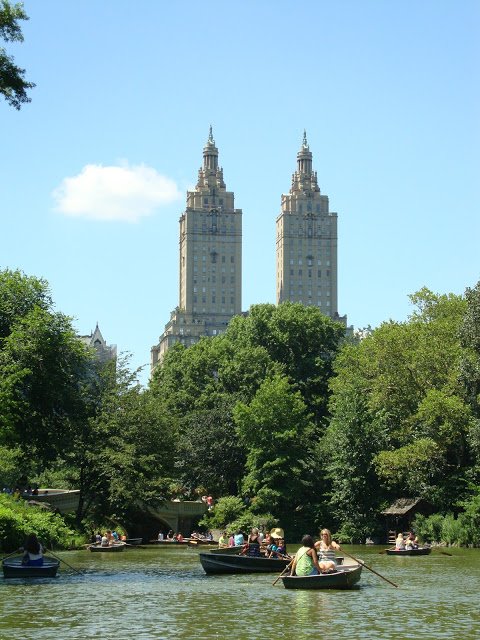 I believe that New York has something for everyone, no matter where they come from, what they do, or what they want to be. It is the diverse population existing within just one block, that, in my opinion, gives this city a so-called “edge.”
Forget about the Upper East Side. There are little pockets of grit that remain. As I explore the Lower East Side, I see the streets lined with tenements, and I still notice graffiti covering many buildings in Alphabet City. Venturing uptown as far as Washington Heights and downtown as far as Chinatown, I can see the city of the past.
This New York may be a different city from 30 years ago, but as I mentioned, these things run in cycles. One day, the tourists will be in the Bronx, and at least the notion of an edgier Manhattan will be back.