I fell in love with New York 40 years ago.

In this post, I’m undoubtedly showing my age. 🙂 But it occurred to me the other day that my love affair with New York City began 40 years ago. 40 years. That’s an awful long time to love anything.

I started visiting New York as a young, aspiring ballet dancer, and as soon as I landed in Midtown Manhattan, my heart told me I would one day live here. You could say it was love at first sight – the only time love has happened so quickly in my life. At our very first meeting, even after arriving in the derelict and dangerous Port Authority Bus Terminal, I was unnerved by it all, but more excited than anything. I knew then that I was in love with New York.

I’m not sure exactly what I was in love with, though – the symphony of horns honking; the hordes of commuters nearly mowing me down at intersections; the energy of countless creative souls on the streets – whatever it was, it was palpable. The trash; the smells (it was summer); the neon lights; the madness; the hugeness; the attitude. One trip to New York City and I was hooked.

New York is one of a kind.

When I was growing up, I had traveled with my family to a few places: the Jersey Shore, Rehoboth Beach, Disney World and Central Florida, Martha’s Vineyard. But once I set foot in Manhattan, I knew I was in a place that could never be described in one word or even one sentence. A city so complex, overwhelming, rousing, extreme, scary, and fantastic all at the same time. I felt more emotion than I had felt before. New York left its imprint on me. And I was determined to get here. I tried to move to NYC more than once, from the time I was 15 years old, only for the city to reject me again and again.

Fast forward to 2007 when the recession hit Georgia. I left my life in a sprawling Victorian bungalow in Atlanta for a 950 square foot apartment on the 29th floor of an Upper East Side high rise. Whew! That long drive with a dog and two cats sure wasn’t fun, but we made it in one piece (and picked up a lot of fleas along the way).

It was an incredibly long journey to get to New York (and not just the drive), but the opportunity to move came after I had given up on the dream of living here. I thought New York would be an annual weekend trip for me and nothing more. Never did I imagine that I’d end up building a life in NYC. Funny how fate takes over, though, because someone or something had a greater plan for me, and one way or another, I was destined to move to New York City.

Am I still in love with New York?

Yeah, I am still in love with New York. But after living in the city for nearly 12 years and writing about it for almost as long, the honeymoon is over. That doesn’t mean I’m done with New York. But just as any love changes, so does love for a city as tumultuous and unpredictable as this town, especially after experiencing all its idiosyncrasies day in and day out.

New York is now like that old, familiar sweater, maybe with a few pullers or holes in it. The sweater that’s changed over time but is so darn comfy that even with its flaws, it’s still your favorite. The one you’ll never part with, and you wouldn’t dream of trashing or giving away. You could purchase a brand new sweater, similar color, similar style, but it would never be as comfortable as the one you’ve broken in.

In the “broken-in” New York, though, there’s still a slew of things to discover. New restaurants, new Broadway shows, new subway lines. And every day, new people. What many don’t realize about New York is, the most astonishing aspect of living here is the people. All 8.6 million humans throughout the five boroughs – they’re what makes New York the city that folks from around the world long to visit, not the Empire State Building (I do adore the ESB!). And if I ever left New York, I’d miss the people (and the attitude) the most.

New York Will Always Be a Great Love for Me

How lucky I was to discover New York when I did. (Thanks to my mom for bringing me here when I was a kid.) And on this Valentine’s Day – a holiday that I’ll always remember because it changed my life and started my NYC adventure (story here!) – I think about this great love. The one I was fortunate to find at such a young age. A love and a fleeting moment that would change my life, arriving in NYC 40 years ago – stepping off that Bieber bus, lugging a suitcase almost the size of me, gazing up at those sky-high towers – only to realize my destiny.

I’m especially grateful to have journeyed through the twists and turns of life, to unexpectedly have ended up in New York City. The place where I knew I belonged. 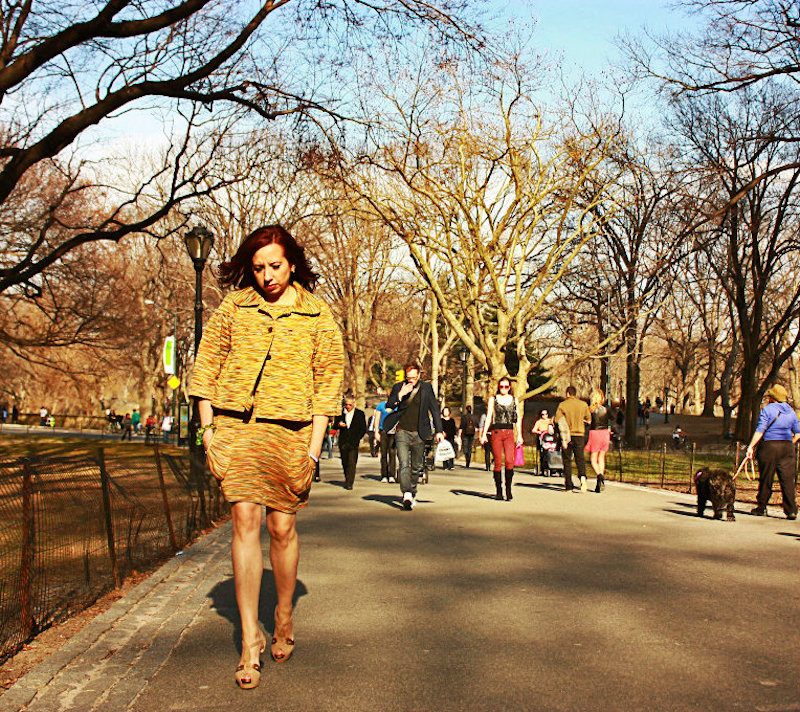 Also, becoming a New Yorker. And my New York. Plus, New York is my city.

Do you love New York? Do you remember the moment when you fell in love in the city? Please share in the comments!