My obsession with ABC Carpet & Home began about a decade ago as I walked past the popular NYC home décor giant on my way to and from work. I passed the store every weekday, as the diagonal shot up Broadway was a shortcut to my office in the Flatiron District. Yet, having little to no impetus or money to radically redecorate my apartment, I eschewed going inside. I knew from friends that the upscale retailer was beyond my means. 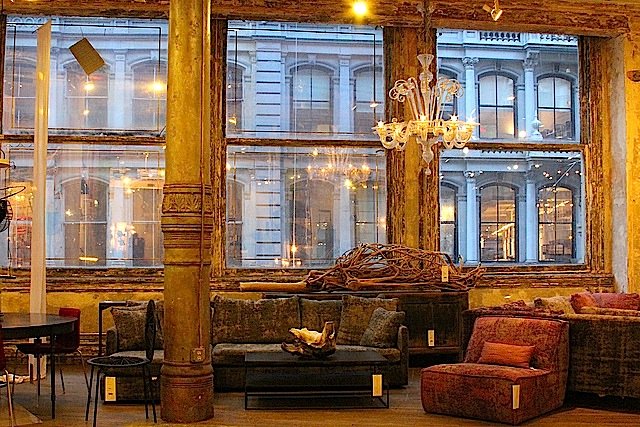 But what I couldn’t avoid was the seduction of the store’s window displays, a fractional glimpse of what lay beyond that glass threshold. Admittedly, they repeatedly piqued my interest. And each day, I began to make sure that I left home early enough to enable a lingering glimpse.

The windows were always intensely offbeat with smart messages about everything from defending the environment and sustainability, to embracing life full throttle, and loving fully and intentionally. These are obviously broad strokes for a furniture retailer — always done in gloriously radiant, full-spectrum color. I was hooked.

And the objects chosen for display among all that color were almost always unexpected: a mid-century modern table, a molded Lucite chair from the 1970s, or a wild light fixture repurposed from animal horns. Eventually, you’d come to expect the unexpected, but those displays never failed to delight even my most jaded self. 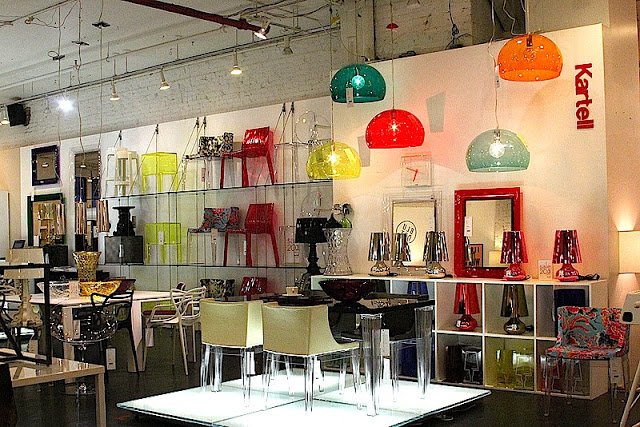 For anyone who’s never been, ABC Carpet & Home is one of New York’s most sought-after department stores that sources imported furnishings, carpets, unusual accent and conversation pieces as well as eclectic antiques. They even have a “raw” salvage department for those who want to take shabby chic to a whole new level.

The emporium is situated on no fewer than six floors (not including the basement where the sale merchandise is in abundance), plus a mezzanine level and a full-service restaurant —  Jean-Georges’ ABC Kitchen.

ABC Carpet & Home hosts hundreds of independent designers all under the ABC arm. Long considered a retail pioneer in Manhattan’s crowded pantheon of eco-chic retailers, ABC Carpet & Home CEO/Creative Director Paulette Cole has created a living dream of a store and parked it right on the Great White Way. 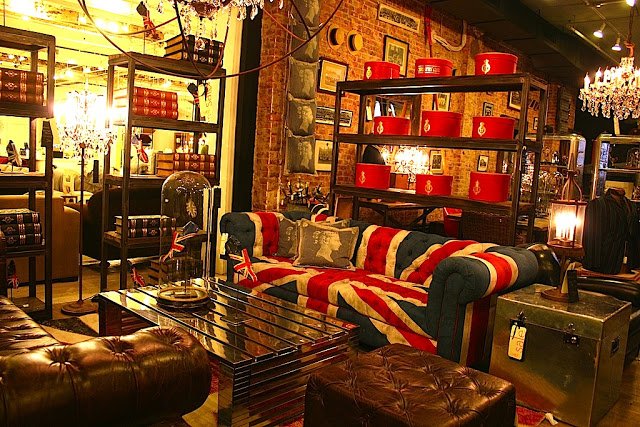 The street level floor, a must for gift-givers, is like nirvana for anyone who loves to shop. Besides gorgeous costume and estate jewelry, you’ll find spectacular lighting designers, a South Asian shop-within-a-shop that sells everything Indian and Tibetan, plus ceramics, tableware of every sort, apparel, children’s toys, and entire lines of perfume and skincare lines in the Apothecary. It’s more than dizzying, but you’ll love it. 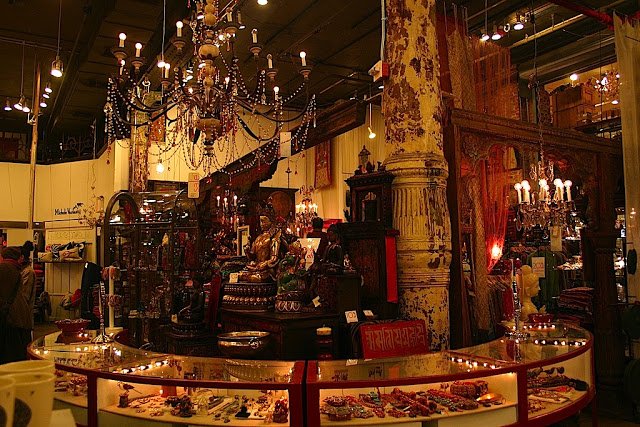 The second through six floors are where design gets serious. Each encompasses various aspects of home décor, from the second (modern and vintage furnishings as well as the aforementioned “salvage” sections in the rear) to the third (bed and bath and more luxury linens than you’ve ever seen in one place plus an amazing assortment of furnishings and décor for the nursery) to the fourth (reserved
for casual and economical furnishings, plus lighting). 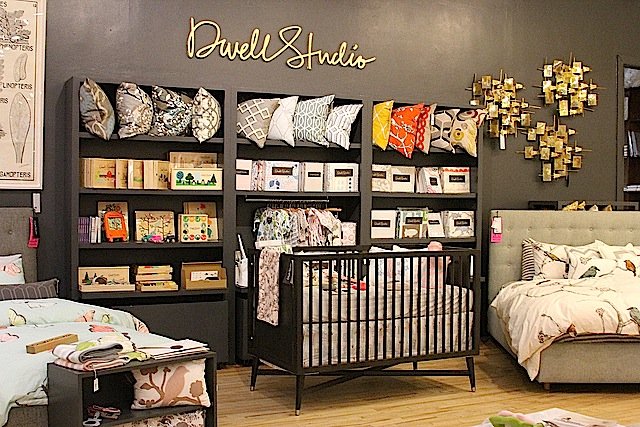 Floor five is “traditional” furniture and six is unique decorative and Oriental rugs — long an ABC specialty. Again, each floor is made of up different designer galleries all seamlessly integrated for maximum style. Expect to see galleries by Calvin Klein, Herman Miller, Kartelll, Conran, Ralph Lauren, Cobble Hill, and more. 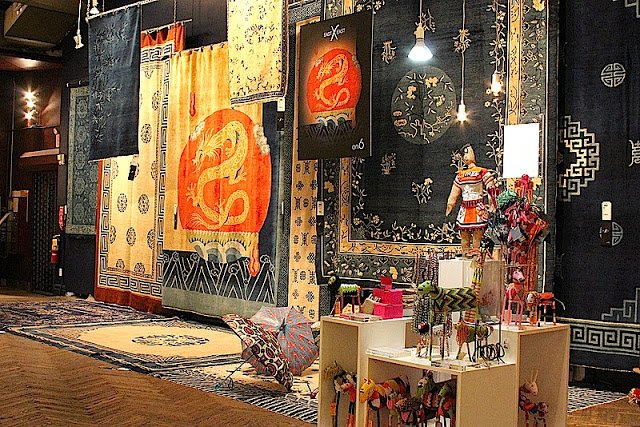 Flash-forward several years: I still cannot afford any of ABC’s amazing furniture and accessories, yet I never miss an opportunity to browse. As Manhattan retailers go, it remains an experience like no other.

Recently, I noticed that someone had added some street art out front, just steps away from those amazing windows. It’s a stencil and in gold spray paint it reads: ‘In pursuit of magic’. I thought: That’s exactly right. What I was in search of every time I peered into those windows was magic, indeed, which was precisely what ABC Carpet & Home delivered then and continues to do so today. 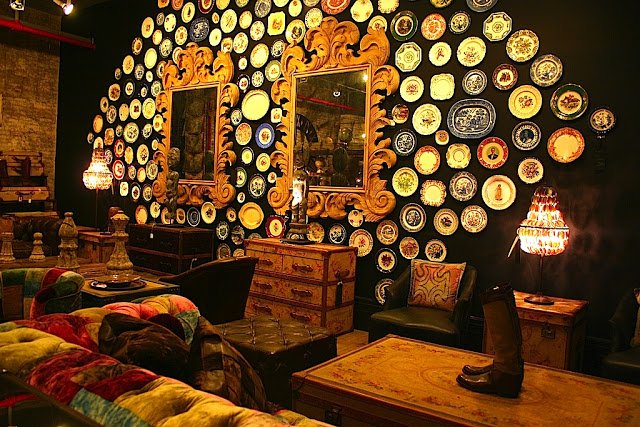 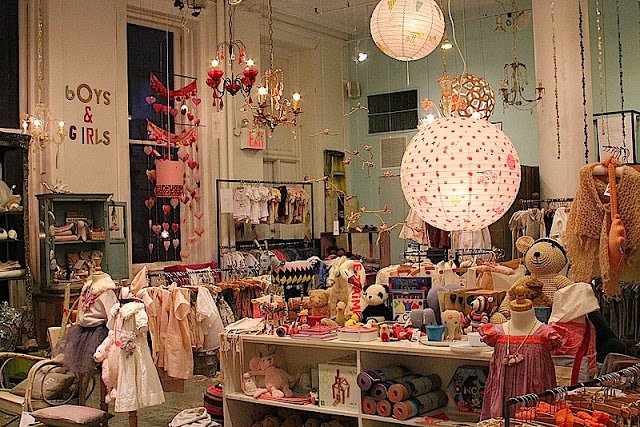 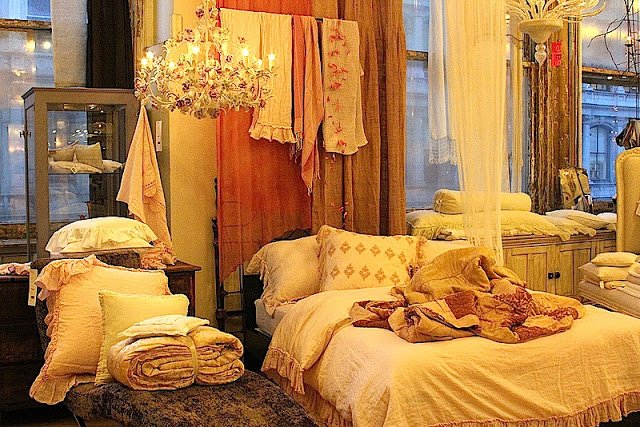 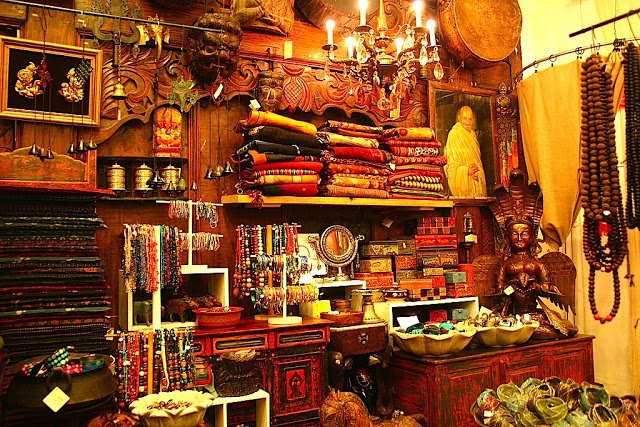 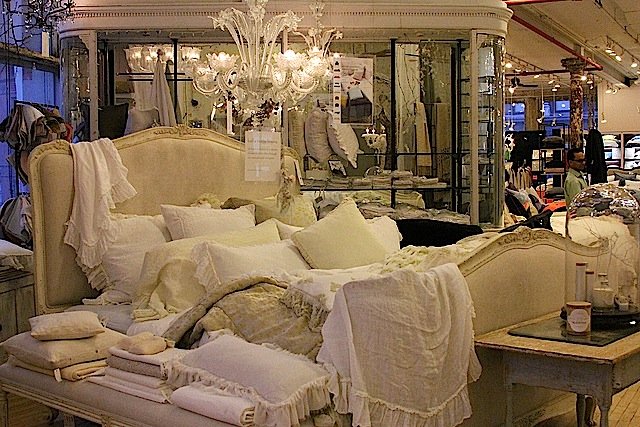 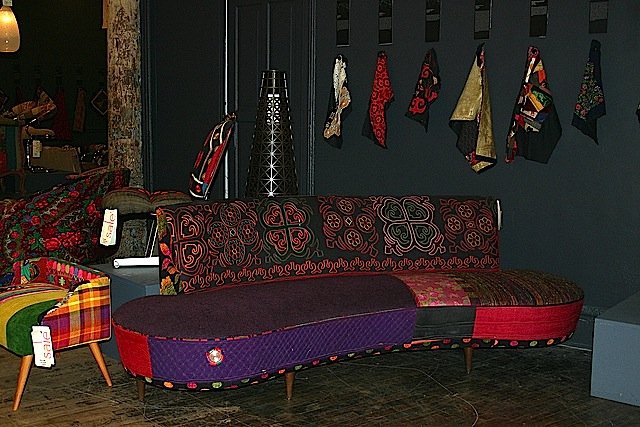 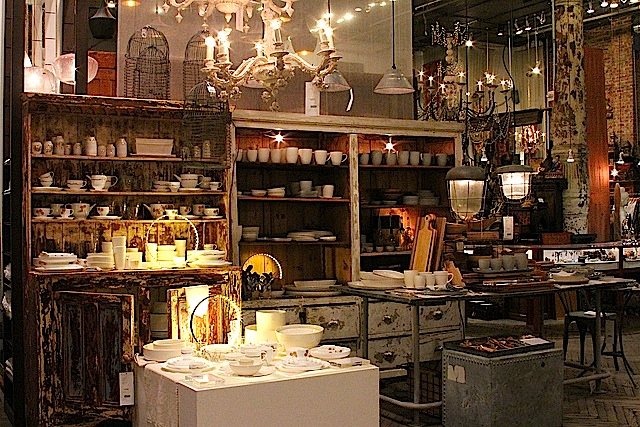 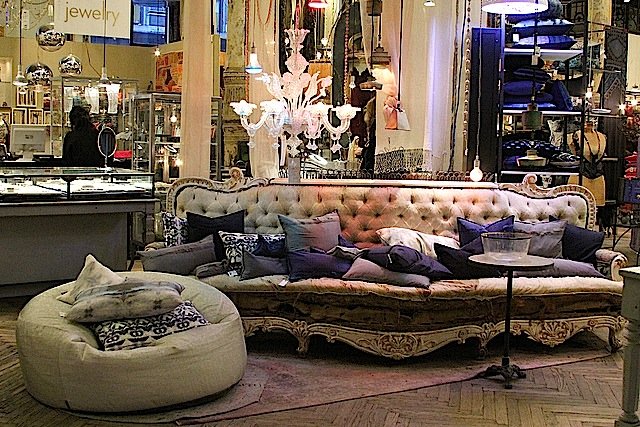 All photos by Joann Jovinelly.