If you’re a fan of the hit television show, The Voice, you’re well aware of India Carney’s heartfelt interpretation of “New York State of Mind.” Using her powerful vocals and soulful style, the native New Yorker garnered almost immediate attention from the judges, which was clear when all four flipped their chairs to see the face behind the voice during her blind audition.

Raised in Crown Heights, Brooklyn, Carney hails from a musical family –– her grandfather was in the music biz, her sister’s a vocalist, and her cousin studies voice and trombone. But it was her parents and their love of music that helped establish her connection to song at a young age. Singing for most of her 21 years, Carney attended the Brooklyn Conservatory of Music and studied opera through high school, and was eventually recruited for UCLA’s classical program. With her college graduation just around the corner, she auditioned for The Voice with hopes of a career boost as she transitions from student to professional singer.

In between classes, coaching and rehearsals, Carney and I caught up last week and talked about her journey thus far on The Voice, how she’s adjusted to life on the West Coast, and her home sweet home in Brooklyn, New York.

TK: First, I want to say congrats on your success on The Voice. You knocked your audition out of the park! Why did you choose “New York State of Mind”?

IC: I’ve been singing “New York State of Mind” for a while now, and it’s been one of my go-to songs. I love Billy Joel, and it’s easy to connect to it because I know what the song is talking about. It’s a beautiful song, and it resonates with me.

TK: You must have been blown away when all four judges turned around. What was going through your mind at that moment?

IC: It was completely humbling when they turned around. I had four professionals that I’ve looked up to for a long time, and they had an interest in developing me as an artist. That meant everything to me. At the moment, I was speechless and I still kind of am.

TK: How do you stay calm enough to sing in front of millions of people?

IC: Before the competition, I thought I had conquered my nerves, but they’re kind of back. I still get nervous going on stage. But once I get on the stage and start singing, it’s my nerves that help me get through it. I’m super excited to sing for the audience.

TK: This season is jam-packed with talented people. But singing “Stay” with Clinton didn’t seem like a competition at all.  Rather, it felt like a well-rehearsed performance or even a recording session. Isn’t the competition tough?

IC: The competitors are all very supportive, which makes it less of a competition and more an atmosphere to learn. I learn from them every day. Focusing too much on the competition takes away from your artistry. I am happy to see all their success. I don’t feel like it’s a serious competition.

TK: So you’re on Team Christina.  How do you apply the critiques to improve your performances?

IC: I am a visual person, and I always love taking notes. When I get a new comment, it goes directly on paper so I can always remember it and insert it into my performance. Clinton and I practiced every second of every day, so we had plenty of time to implement the advice and tackle any concerns. 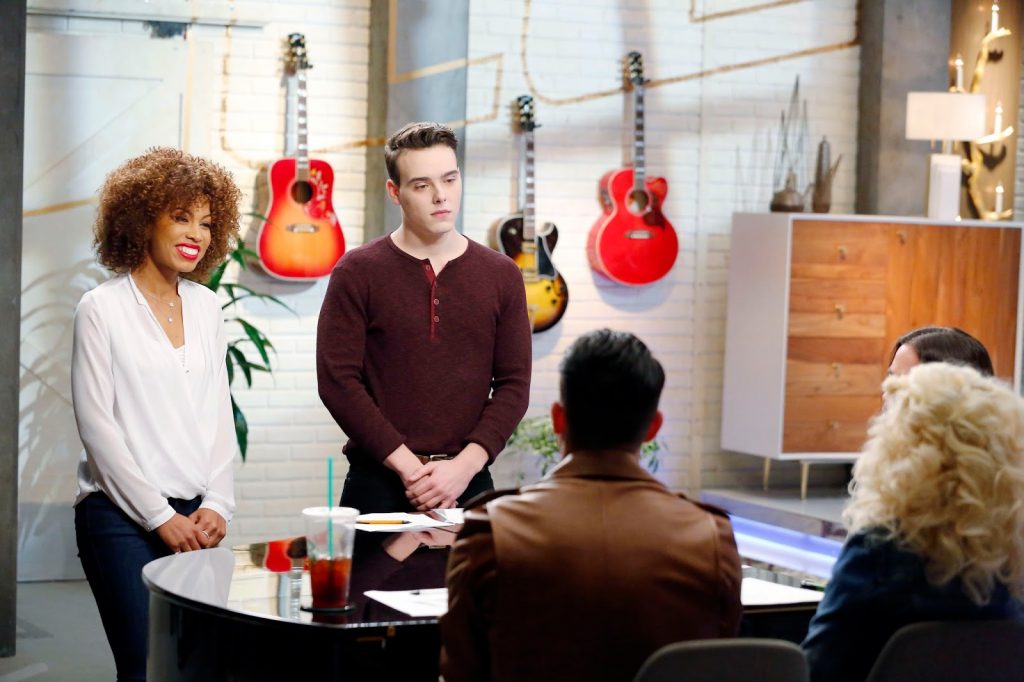 TK: How have you adjusted to life in LA?

IC: It’s such a different world –– LA is very chill. I came for school, so I have a reason and something to focus on. I’m a New Yorker, and I don’t drive yet, so it’s hard out here. In New York, you jump on the train, and here you can’t. People are very nice but different. It’s a different atmosphere. There’s not a sense of urgency like New York. Sometimes I do miss that.

TK: If you come back to New York City, where would you live?

IC: I’d go back to Brooklyn. I’d love to live in Fort Greene or Park Slope.

TK: If you could come home to NYC for a day, what would you do?

IC: My first stop would be Crown Heights. Then I’d go to Park Slope for the shops and restaurants. I’d find my way to downtown Brooklyn and take in Barclay’s Center. Then go to the Fulton Mall to shop. Afterward, I’d hop on the 3 and get off at 34th Street [in Manhattan] because there’s so much to do, and I’d meet up with my friends at Times Square.

IC: Cousin John’s Bakery in Park Slope. I’ve gone there for every birthday since my childhood to get the best strawberry shortcake anywhere.