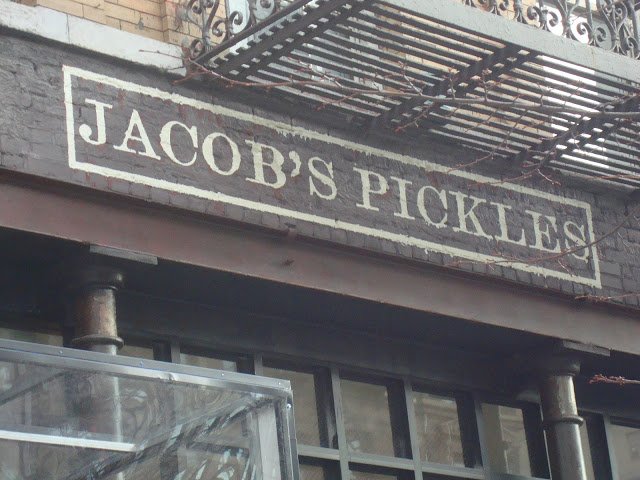 It was a quiet, rainy Monday at 5 p.m., and probably the emptiest that I would ever see Jacob’s Pickles during business hours.  Upper West Siders have patiently awaited the opening for months; when the sign was hung last year, the locals began to buzz with curiosity.  A restaurant based on pickles? That’s right, but more — beer, biscuits and pickles.  You may think this is an odd combination. Jacob Hadjigeorgis didn’t.

A Queens native, Hadjigeorgis grew up in a food family, often spending days at his father’s restaurant in Westchester. Those fond childhood memories prompted him to cancel plans to attend law school, and open a successful Mac and Cheese shop in Boston instead. But ultimately his love for New York City brought him back home, where he created the concept for Jacob’s Pickles.

After more than a year of construction and preparation for the opening, and even longer in the planning phase, Hadjigeorgis is completely focused and more than excited. His eyes light up, his face is animated; his gentle voice speaks of this new project in a way that a parent speaks proudly of their child.

Jacob’s Pickles has already become a hit with people in the neighborhood and beyond. The word is out. It’s not uncommon to wait at least an hour for a table on a Friday or a Saturday night. The comfort food-inspired menu has plenty of southern influence, even though it’s smack dab in the middle of the Upper West Side. I ordered the honey chicken and pickles sandwich with buttermilk fried chicken, hot sour pickles and local honey, the tavern’s signature dish. It was sinful, I tell you.

The word about Jacob’s Pickles is out.

If you don’t fancy a sandwich, what about beer mussels or shrimp and bacon grits? Finish it off with a glass of Allagash White or a refreshing and crisp “Lavender Gin Fizz”  with Farmer’s botanical organic gin, lavender syrup and bitters, both made in-house. 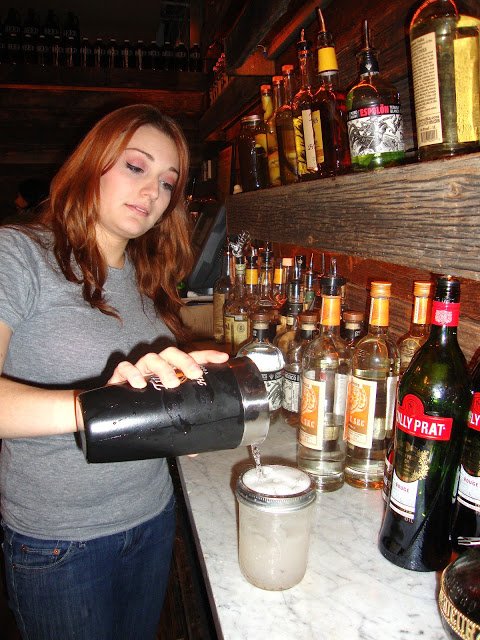 As for dessert, I was too full, but next time I’ll give the “Beer Float” a try. That’s beer and ice cream I’m talking about. It’s not low-cal or low-carb, but probably worth the splurge like most items on the menu.

Hadjigeorgis has a passion for food and this new venture is obvious as he talks about it. Our conversation went on for more than an hour, but as it was nearing the end, I asked, “Is there a message about your restaurant that you’d like to pass along to New Yorkers?” He replied “Everything we do here is made with love. Beer. Biscuits. Pickles.” 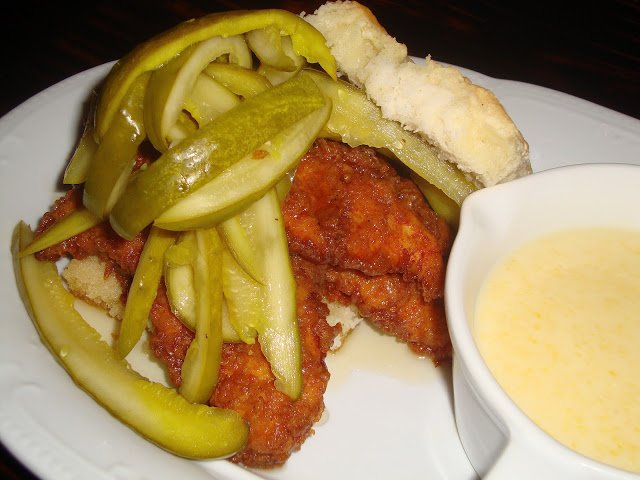 « The Things We Do for Love…
Four-Legged Love »