“I was drawn to Graham for its power and passion. It felt empowering as a woman to do her work. It’s brilliant choreography. It’s intelligent choreography.  As a young girl looking for identity, I found Martha Graham refreshing.”

Classical dance might have been her first childhood crush, but it was Katherine Crockett’s introduction to Graham technique more than twenty years ago that had her at hello. The tall, balmy blonde became a principal dancer with Martha Graham in 1996, just three years after she had joined the world-renowned modern dance company.

“When I took my first Graham class, I felt connected, immediately,” Crockett said during our chat. “I felt like I was in a box with ballet; my spirit couldn’t be free.” It was the California native’s free spirit and open-mindedness that prompted her to leave SUNY Purchase and head to the big city in her late teens. She knew that she wanted to be in New York, and making the move gave her the push to get an early start in what would turn out to be a fruitful career.

Beyond a successful tenure at the Martha Graham Dance Company, Crockett’s diverse resume includes playing Cate Blanchett’s ballet double in The Curious Case of Benjamin Button, and most recently, the leading role in Jayce Bartok’s film, Fall to Rise, which premiered in NYC last month at the First Time Fest. 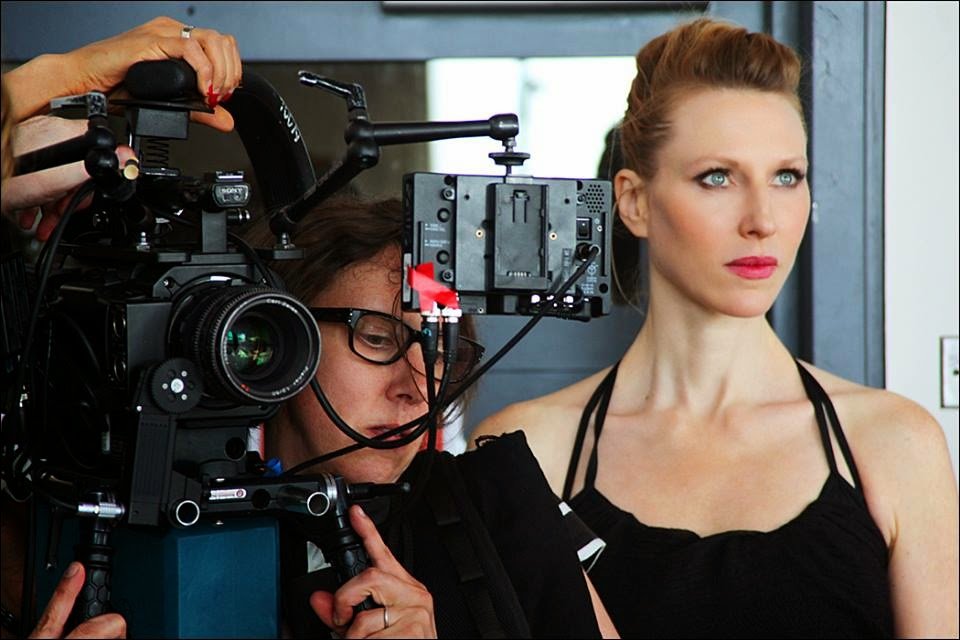 Filmed in New York City locations like Fort Greene, Brooklyn, the Baryshnikov Arts Center, Mark Morris Dance Center, and the Gatehouse Theater in Harlem, Fall to Rise is the story of principal dancer Lauren Drake, who is let go from the Hudson Dance Company after an injury, shifting her into full-time motherhood. Before long, Lauren realizes that her life is not complete without dance, and struggles to recapture her position as the company’s star, despite obstacles. A troubled, former company member, Sheila Jules (Daphne Rubin-Vega), befriends her and offers support and encouragement as Lauren transitions back into dance, chasing her dream but ultimately paying the price in her marriage.

For Crockett, the film’s plot parallels her own life. At one point, Crockett was involved in a serious relationship and became engaged to a man who did not want her to continue dancing, but give up her career and focus on being a mom, instead. Likewise, Lauren’s husband in the film (Kohl Sudduth) expects her to retire from dance after the baby is born. “For some people [having children], it’s what they dream of, and for me, if I want to make that transition, I want to carry myself along with it.”

Crockett explained how in the 1980s, a woman was not allowed to have a relationship and be a dancer. If you got married, you left the company. “The idea is that you are married to your art and you can’t have both. To be a great woman, you need to be fulfilled as a human being,” she said. “When your child grows up and sees you doing things that you love, they’re going to be much better off.”

In a similar vein, her character in the movie has an Achilles tendon injury, while Crockett developed a torn meniscus during filming.  “When you get injured, your body is your life,” she said. She used her meniscus injury as well as a former hip injury as motivation to identify with her character during scenes in the film. “I felt so empty…not being able to dance any longer,” she explained.  I was walking around New York and didn’t know why I was here.”

Today, beyond dancing and acting, New York is an obvious choice for Crockett’s home.  She thrives on the energy of the city. “I love Central Park; when I feel bogged down, to go outside and go to the park, I love that,” she said. Her favorite thing about living in the city is the “adrenaline rush.” She thrives on the energy and finds it addicting. “There’s always something to do and people who are really driven come to NYC, and that drive is inspiring.”

I’d refer to Crockett as inspiring. Currently, she is starring Off-Broadway in Queen of the Night at the Paramount Hotel, and she’ll tour with Martha Graham in Greece this summer.

Dancing and acting might be the ideal marriage of art forms for Crockett, and she has no plans to discontinue either. “When I’m just acting, I miss moving my body, and when I’m just dancing, I want to speak,” she said.  “I want to create my own path and not adhere to the prescription.”

“Performing peak doesn’t stop with age. Martha Graham danced in her 70s. Misha [Baryshnikov] is 63, and still performing. I always have to move. I don’t feel good if I stop moving. Why not live until you don’t breathe anymore?”

« Mad. Sq. Eats Kicks Off May Food Fest
Almost All NYC Taxis Are Yellow; Things to Love About New York in 1976; Hidden Farms and Pools, and More »