Life is serious, but doesn’t always have to be. Ask New York comedian Janet Silverman,
who says that everyone needs to take a break and have a little fun. “Comedy is fun and light but it’s also a very palatable way to make a statement and really say something,” said Silverman during our recent chat. Those light, funny moments play a significant role in our lives. “You can’t truly laugh if you haven’t ever cried.”


Light, along with hilarious and entertaining, are words I would use to describe her video, Janet’s Missed Connection, which she wrote and produced earlier this year. In the three-minute short, Silverman publicly shares her mission to locate “British Daniel ” –– a tall handsome Englishmen with whom she shared a taxi –– in hopes that a viewer might know the gent personally or have a clue where to find him. But, despite her valiant search efforts through the zany webisode as well as her self-produced Missed Connection FAQ series, the good-looking, stoic Englishman has yet to turn up.

“Janet’s Missed Connection resonated with a lot of people, and I got loads of supportive feedback,” she said. “I also got a lot of, ‘Wait, this is real?'” In case you watched the video from this blog and wondered yourself, I can vouch. British Daniel was most definitely real. If you skipped over our post about Janet and missed this connection, you can watch it here. Spoiler: You won’t be able to only watch once.

When it comes to Daniel or the opposite sex in general, Silverman finds that men often don’t take her seriously –– at all. “Nobody you’re flirting with/hitting on/throwing yourself at knows if you’re ever being serious or not,” she explained. Because she often isn’t taken seriously, she has a tough time identifying when men are interested in her, and usually doesn’t accept their advances at face value because of it. “Comedians notoriously mask all of their vulnerabilities with humor, present company included,” she said.


But lending a humorous slant to situations isn’t easy, and making fun for a living is even tougher, especially in a city like New York where thousands of amateurs flock and a slew of heavy hitters got their start. Comedy can be seen in one form or another every night of the week in and around NYC. But for this comedian, a career in humor was a happy accident.


After majoring in drama and studying Shakespeare at Washington University in St. Louis, she took the leap and moved to the Big Apple. Like thousands of other actors, she began auditioning. “I struggled to find a place in the community where I really felt I fit in,” she said. “I was wholly unsatisfied with the kinds of student/independent films and new plays I was auditioning for so that’s when I started to write.” Just a few years later, she discovered the Upright Citizens Brigade and began to study sketch comedy and improv. “I discovered the funny, intelligent, motivated, adventurous, bat-shit crazy community that I yearned to find.”

And this community has helped shape her career. Silverman writes for a house sketch team at UCB called “Moriarty,” and she previously wrote for a team at the People’s Improv Theater called “Big Business.” She has 10 self-produced videos up on her Youtube channel, and plans to create more. Moreover, Silverman is currently in the midst of co-creating a sketch show, which may qualify for a run at the UCB Theater. 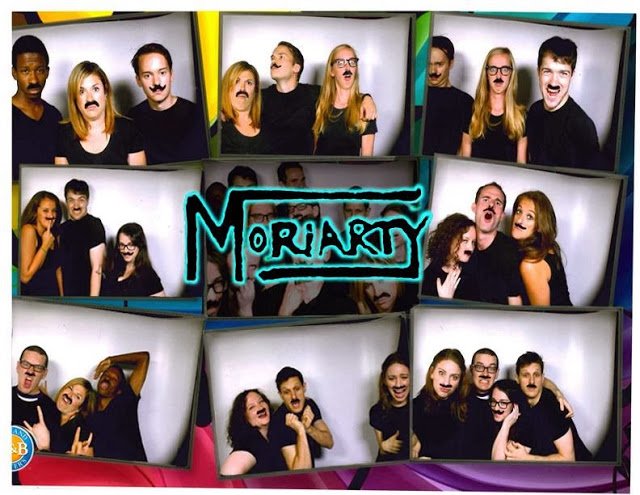 Because of the connections she’s made with local writers and comedians, New York has turned out to be a fantastic place for her to put down roots and continue to learn and grow, giving her the opportunity to refine her craft. She plans to stick around the city until the learning and growing ceases, “when somebody gives me a great big check,” or she has the chance to write and star in a sitcom, which could be filmed on the West Coast, instead of New York City. “I dream of doing my own version of 30 Rock or The Mindy Project,” she said.


But for now, it looks like Silverman’s immediate destiny is right here, in a city where even if you’re new in town and barely know a soul, you’re never truly alone. “In New York, even if you’re surrounded by total strangers there’s sort of a feeling of: we’re all in this together,” she explained. “There’s a different pace of living and a different energy that people don’t understand outside of this kooky place.”


This town may be kooky, but no kookier than meeting someone in a cab and then scouring the island’s eight million inhabitants to find him again. So, let’s give our girl a little help. If anyone knows of a tall, handsome Brit named Daniel who resides in Manhattan, please, please contact Janet Silverman by leaving a comment at the end of this blog post. You never know what might happen.