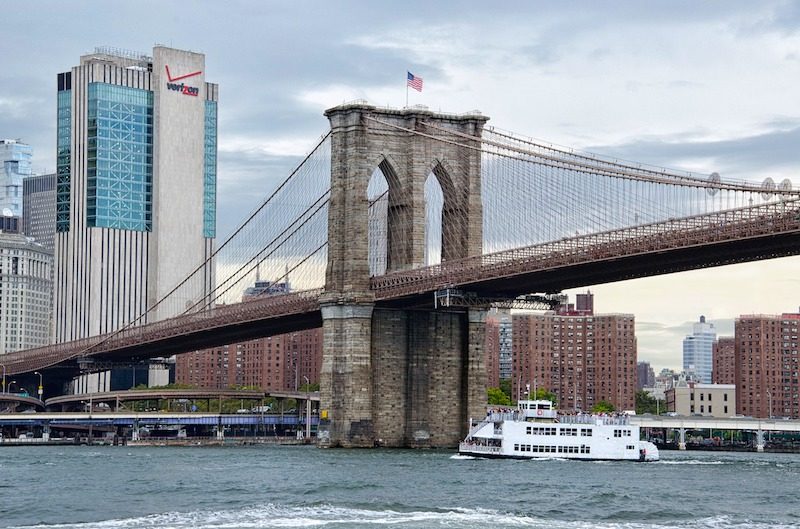 How do you know when someone’s from Brooklyn? Brooklynites have a certain charm that makes them easy to identify as natives, rather than the pretenders that have populated the borough in recent years. (As someone who’s Brooklyn-born and bred, I speak from personal experience.) From references they make to the way they speak, Brooklyn locals are a unique bunch. That being said, here’s a list that will help you distinguish a true Brooklynite when you happen upon one. Fuhgettaboutit!

They refer to their outside steps as “the stoop.”
In my younger days, I would hangout outside with my friends on my stoop for hours at a time during the hot, humid and sticky summer months. In fact, my stoop doubled as a pseudo playground, as we engaged in games such as stoop ball and stoop baseball, both stoop-based competitions in which a rubber ball (Spaulding) was hurled at the steps for points and runs, respectively.

They aren’t all hipsters.
I don’t know many Brooklynites who have transformed from regular people to the scruffy, beard-growing, farm-to-table loving characters that the borough has become known for. No, in my experience, most hipsters come from all over the country, and haven’t endeared themselves to the lifelong Brooklyn locals just yet.

Brooklynites refer to Manhattan as “The City.”
Although Brooklyn is part of New York City, old-school Brooklynites will speak of Manhattan as if it’s another city, not part of the five boroughs. My mom still says, with her wonderful Italian accent, “Hey, are you going to the city today? Have fun.”

They love Brooklyn and for good reason.
Growing up, I encountered people born and living in Brooklyn their entire lives and refusing to move because of all the conveniences and great nostalgia, among other reasons.

Hey, the other four boroughs lack anything close to Coney Island. And the best pizza places still exist in Brooklyn, such as Di Fara, L&B Spumoni Gardens, Paulie Gee’s, Da Vinci Pizza, and Roberta’s. Need I say more? I think not!

Real Brooklynites know a place and person for everything.
From getting your shoes repaired to scoring the tastiest, most mouthwatering cannoli, and everything in between, a native Brooklynite knows of a location or has “a guy” for all your needs, even if what you’re looking for has “fallen off a truck.”

They talk about Brooklyn with pride.
A genuine Brooklynite will often wax poetic about the borough, especially when it comes to days of yore –– when you could get an egg cream for a dime, and ride the subway and bus for a nickel.

From the Brooklyn Dodgers to the Cyclone roller coaster, they will go on and on for hours why the Borough of Kings is so awesome, and just getting better with age.

However, more modern day Brooklynites, such as myself, have a love-hate relationship with the borough, because of its overpopulation and declining old-school charisma. But it will always be my home, wherever I may roam. You can take the kid out of Brooklyn, but not Brooklyn out of the kid.