A note from Tracy…  Aimee’s story hits home for me, personally. Not too long ago, I was that restless girl, longing for something more, envisioning my life in New York City. I convinced myself that one day, I would chase my dream and live here. And then I did. I hope Aimee will chase her dream too. This post is for the dreamers in all of us.

I never really dreamt of living anywhere else but Lancaster, Pennsylvania. I guess that’s because up until two years ago, my life was mapped out for me. I was seriously dating a local farmer who comes from a well-to-do family, and while I was completely content with living the life of a housewife at that time, I have now realized that a heartbreak later, I’m longing for more. In these two years since my relationship ended, I’ve become increasingly restless, and as the intensity of my restlessness increases, I become more aware of what I truly want: New York.

That realization did not come all at once, though, where I woke up one morning and realized I am longing to live in the Big Apple. No, it was quite the process.

At one point I thought my restlessness would have been settled by taking day trips and longs weekends to visit NYC and other places, but as time has gone by, weekend trips are no longer appealing. I don’t want my adventures to be limited to Friday at 5 p.m. to Sunday afternoon. I want my adventures to be daily, my interactions with new people and faces hourly. That’s why I’m a psychology major –– I love people, probably more than I loved my own boyfriend, but I can’t help it. I love to hear the story of others; where they came from, where they want to go, how life has thrown them multiple curve balls, yet they’re still standing. I want all of that, all of the time. My life was never meant to be lived next to cows and corn stalks. My life is meant to be lived next to people.

So this brings me to New York. This past July 4th, a friend and I traveled to NYC by train and stayed in an apartment I located on AirBnB, and we spent the weekend running through the city and trying to act like locals the best we could. For not being a local, I pride myself on the fact that I’m pretty dang good with the subway (I had a lot of practice over Thanksgiving when I went for the Macy’s Day Parade). 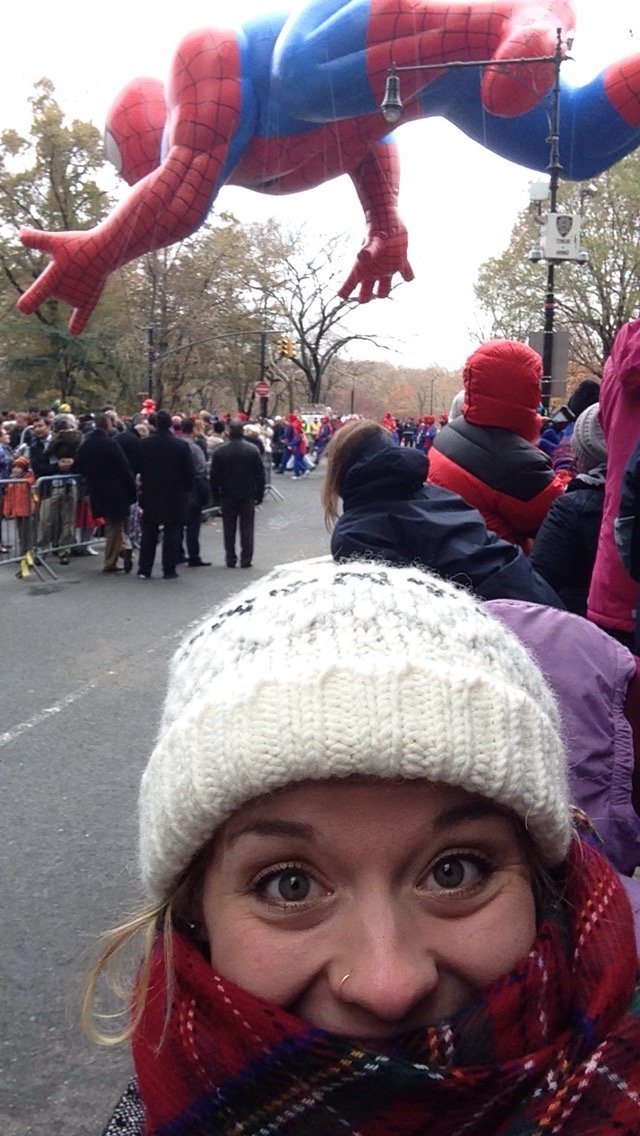 I made sure I saw everything there was to see as a tourist who genuinely loves the city (everything besides Times Square, Lady Liberty, and all other major tourist attractions). I had lunch in Madison Square Park, Breakfast in Washington Square Park, I had Laduree macaroons, and I strolled the High Line in awe of how beautiful everything was.

Maybe it was staying in someone else’s apartment, or maybe it was eating food other than McDonald’s, but something about that weekend left me intoxicated. It left me feeling full of joy and excitement. I no longer felt restless or anxious or trapped, but I felt like I had a way out. New York left me feeling like I won’t be trapped in small-town Lancaster forever, but that I have options, someplace to run to, someplace where the unknown is welcome.

People at home look at me like I’m some sad case, because I’m about to graduate without an engagement ring (that is customary where I’m from) and without a plan for the future. All of my friends from home are starting to get married and engaged, other friends are just living at home trying to find excitement and new friends, and I sit here, scared that I will be one of the two.

I almost gave up my dreams for a dull reality before, so I’m thankful for my restlessness in that sense. It keeps me from settling for ordinary, and while I believe that finding joy in the ordinary is sometimes the key to living a joyful and thankful life, I also believe that my ‘ordinary’ is no longer in Pennsylvania, but my ordinary now lies with the people of New York. My ordinary lies in the beans and rice I will probably have to live on, it lies with the random secretary job I will probably have, or the awkward subway commute to work.

As graduation and December creep closer, my longing increases. I no longer dream of the day I will live in a 200 square-foot closet, I now plan for it. I no longer use the world could, but I use the word ‘will’. I will move away, I will be happy, I will see the world, and I will call the concrete jungle my home. My life is young and full of possibility, and so is New York. And unlike an engagement ring, my engagement and love for the city won’t limit me. It will only give me the opportunity to see and be more.

Want to share your New York story? Copy and paste your article into the body of an email and send it to tracykaler at gmail dot com.