I thought I knew a lot about life in New York. I mean, I’ve thought of myself as a New Yorker since my first visit in the late ’70s when I fell in love with NYC.  Now that I’ve lived here for nearly a decade, technically, I should be able to call myself a real New Yorker starting next year. At least that’s what most locals would say.

So yes, I thought I knew a lot about living in this great city, so much so that I began writing about it regularly on this blog and other sites, and sharing my knowledge with thousands of people who want to know more about NYC and would maybe want to live here too. Well, I was wrong. I don’t know as much as I’d thought.

Sure, I’ve learned a lot since I moved to New York in 2007, but realized that I have a lot more to learn.  I need many more years in New York City to know it all. And even then, I won’t know everything. (That’s both a blessing and a curse.)

Somehow, though, author, journalist, humorist, and playwright Laura Pedersen knows an awful lot about this town. In her latest book, Life in New York: How I Learned to Love Squeegee Men, Token Suckers, Trash Twisters, and Subway Sharks, she brilliantly captures the minutia of daily life first hand because she’s lived in NYC for the past 30-plus years. (She moved to the city when it was really the Big Bad Apple.)

The book is filled with facts and social history that even the savviest New Yorker wouldn’t know or think about. As such, Laura Pedersen takes these moments and parlays them into wonderfully witty observations and musings. Her anecdotes will make you laugh, think, and say to yourself, “She’s exactly right!”

Life in New York will especially hit home if you live in NYC, visit the city often, or have become familiar with the New York-isms that make this city one of a kind. In other words, “Only in New York” would this or that happen! 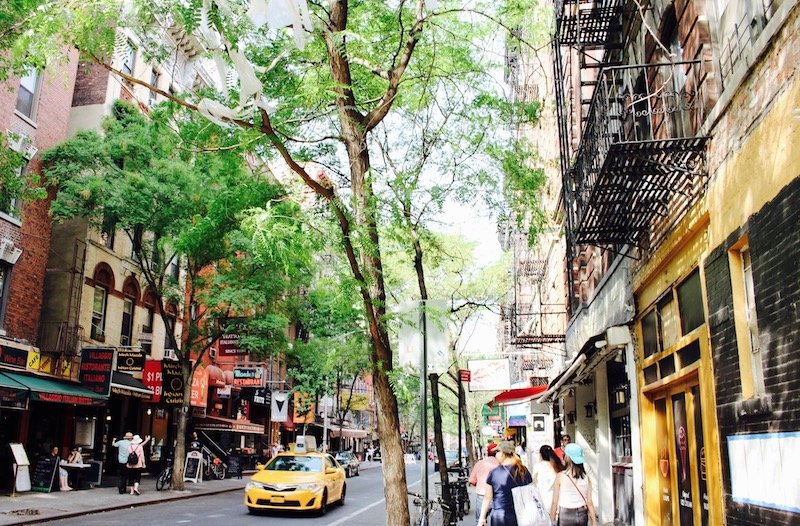 “Basically, the day you arrive here you’re a New Yorker. The only downside of a melting pot on such a grand scale is that everyone gets a parade, thereby tying up Fifth Avenue from March until November. Most of the year, traffic operates entirely around the schedules of parades, marathons, union demonstrations, and the United Nations. If someone shows up at the office on a Monday morning with his or her leg in a cast, it’s more likely the result of falling over a police barricade or being mowed down by a grand marshal than a cycling accident.”

“With regard to incomprehensible parking signs and garbled subway announcements I’ve often thought: I was born in this state, speak the native tongue, scored well on the reading comprehension section of the SAT, received a National Honor Society Scholarship to college, and I don’t understand a word of this. What chance does someone from Buenos Aires or Zimbabwe have?”

“It turns out that rubes from Buffalo, Rochester, Syracuse, Utica, and Albany aren’t allowed to say “I’m from New York” or “I’m a New Yorker” to five-borough New Yorkers. The term Upstate New York had to be invented to keep northerners paying low rent from gaining any prestige. New York is the only state with a no official “upstate” to delineate the cool people from the merely cold people. Manhattanites who are part of the downtown club or art scene can be even more discerning – they don’t distinguish between upstate and uptown. Above 14th Street is strictly nosebleed territory to them, and they only go to the Upper East Side to be hospitalized.” 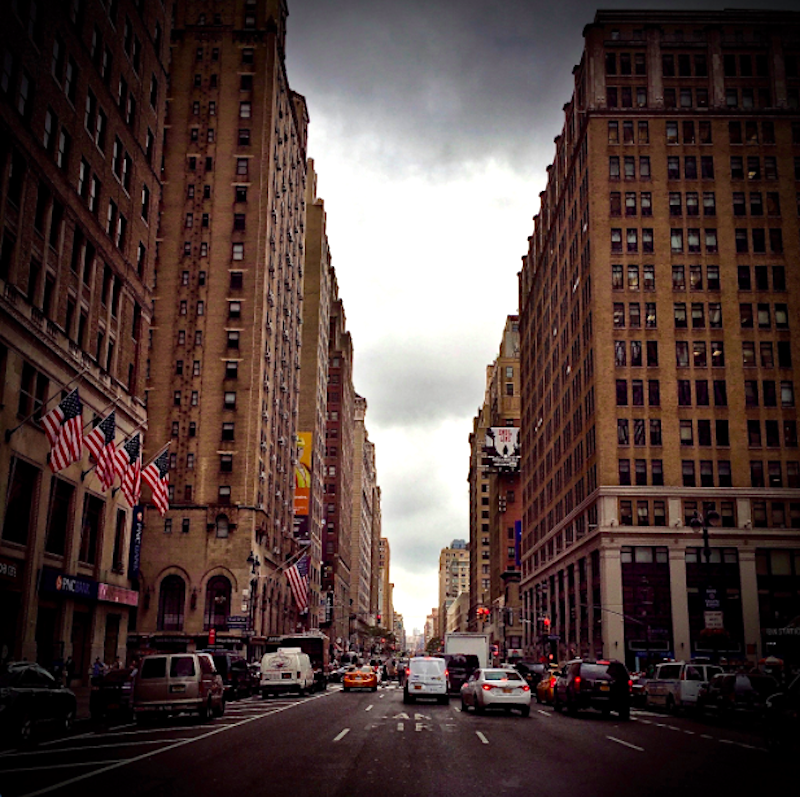 “Then, as now, the subway served a dual purpose. It’s a low-cost mass transportation system in addition to being a free health-care information center. There are endless advertisements and they change regularly, but you won’t see any for yachts, diamonds, champagne, beluga, Armani or dude ranches. No, these ads are for treating hemorrhoids, corns, warts, bunions, diabetes, torn earlobes, unsightly rashes, acne, nail fungus, hepatitis, and sexually transmitted diseases. It’s particularly disturbing to read ‘Chances are 1 in 4 you will get Herpes’ when you’re the only one in the car.”

“New Yorkers wear their neuroses like a badge of honor. Woody Allen has made an entire career out of his. Even our pets take anxiety and depression medication. A Central Park Zoo polar bear named Gus made headlines around the world in the 1990s when he was swimming figure eights obsessively in his pool for up to twelve hours a day, day after day, month after month. Locals suspect that it was an identity crisis because he didn’t know for sure whether he was an East Sider or a West Sider. An animal behavioral therapist was brought in to the tune of $25,000. Gus was pronounced ‘bored and mildly crazy in the way that a lot of people are in New York City’……” 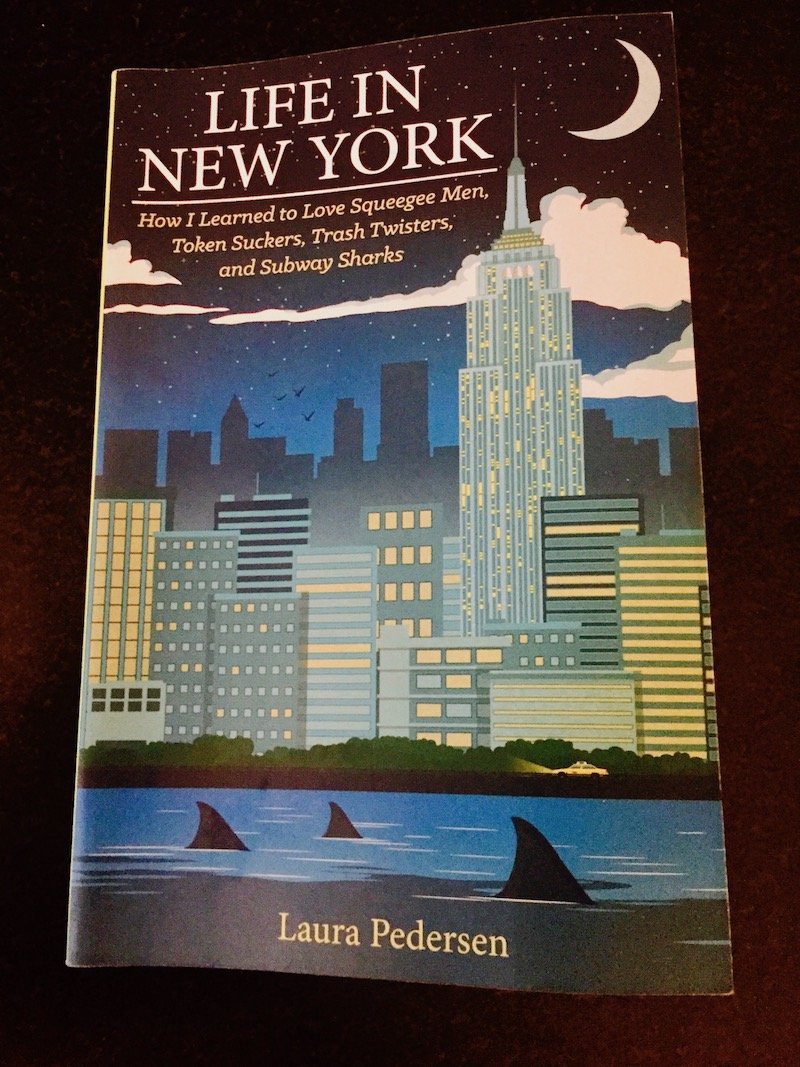 Anyone curious about this city and the day-to-day life of New Yorkers, nostalgic for days gone by, or who loves New York and can identify with this crazy existence should read Life in New York.

Order this hysterical book on Amazon, and read more about Laura Pedersen on her website.

Also, other New York-based books you should consider reading, and 10 NYC-centric books perfect for gift giving! And sometimes, no matter how much you love New York, it’s time to say goodbye.