LIFE IN THE APPLE


Escaping NYC in the summertime is usually first on the New Yorker’s list, but one of the advantages of forgoing that Hamptons share is the availability of arty things to do, many of which take place at Lincoln Center. I’ve adored this performing arts home for as long as I can remember –– way back to my days as a young aspiring ballerina when I saw the New York City Ballet for the first time, so I was excited to spend three nights in a row here last week.

Wednesday…
A friend had a free orchestra seat and invited me to the New York Philharmonic, and the program was Beethoven Piano Concertos with Yefim Bronfman, and conducted by Alan Gilbert.  I sat smack dab in the center of the row (for the first time, I might add), and the view and music were spectacular.


Thursday…
I was Celebrity Cruises’s guest at Midsummer Night Swing on disco night. Michael and I took a dance lesson (they teach a short routine before the band starts), tore up the dance floor a bit, and then relaxed in the VIP lounge with a glass of wine. (He’s still working on one step called “The Michael Jackson.”) Maybe he’ll master it by next summer.

Friday…
I should’ve needed a night of rest, but Mike and I had tickets far in advance for Boston Ballet at the David H. Koch Theater. The company spent five days in NYC as the final tour stop in honor of its 50th anniversary season. Aside from the fact that this space is one of my favorite theaters anywhere, this was my first time watching BB live, and I was dazzled by this energetic dance troupe. The program consisted of Symphony in Three Movements, Afternoon of a Faun, Plan to B, and Bella Figura.


I wish there would have been a touch more classicism in the program (Balanchine was the most classic of the ballets performed and this selection was fantastic), but I didn’t focus on the repertoire or choreography, but rather the overall performance quality, and technical ability of the dancers.


Boston Ballet’s principals and soloists danced with bold confidence, intensity, and precision; the corps de ballet was a strong, spectacular ensemble, and would give any other company a run for its money, including companies based in New York City. I predict that we will see plenty of other exciting things coming from this impressive, young group. Let this not be the last time that New York welcomes the Boston Ballet.

Don’t worry. There’s still time.
There’s plenty of great stuff happening at Lincoln Center the remainder of the summer, too, some of which is FREE.


Midsummer Night Swing runs through July 12, and the NY Philharmonic plays through July 25. And the next few months bring a melange of events and performances, many of which fall during the week, so you can take advantage even if you’re beaching it on the weekends. Here are some more reasons to get excited about Lincoln Center this summer.

American Ballet Theatre, now through July 5
If you hurry, you can catch the end of the company’s season at the Metropolitan Opera house, and attend either Coppelia, the classic mechanical doll tale, or Shakespeare Celebration, which includes The Dream and The Tempest.


Lincoln Center Festival, July 7 through August 16
Join New York audiences and take in inventive and eclectic dance, opera, theater, and music during this 5-week festival, now in its 19th year, with a history of performers from more than 50 countries. 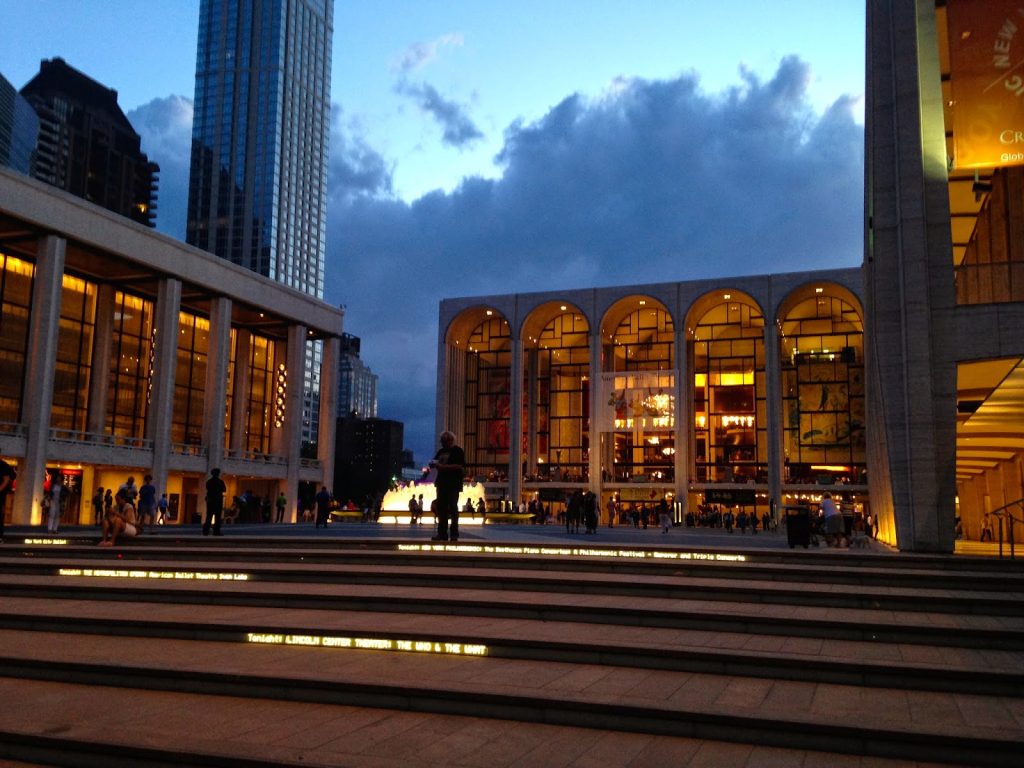 Lincoln Center Out of Doors, July 20 through August 10
“Out of Doors” brings free performing arts to the plazas of Lincoln Center for three weeks in the heat of the summer season. This year’s stellar lineup includes Roseanne Cash, Cassandra Wilson, Roberta Flack, and many others.


On July 26, dancers of all ages and abilities can get their groove on during National Dance Day, and celebrate both the healthy and fun aspects of the art form.


Film Society of Lincoln Center
Experience the New York Asian Film Festival through July 10, get your monster on during “Freaky Fridays” through August, and watch the works of emerging Latin filmmakers during Latinbeat 2014.


Target Thursdays in the David Rubenstein Atrium
Free musical performances Thursday evenings  at 7:30 p.m. inside the cool, beautiful space on Broadway between 62nd and 63rd Streets.

For more info on Lincoln Center events this summer and year-round, visit the website.

« The Best Of: Wear Thongs with Pants, and When in Doubt, Take the Stairs
A Simple Yet Delicious 4th of July Menu »