The New York life can be intense. Here’s how to reduce sensory overload in NYC.

A taxi driver screams at a slow-moving pedestrian walking against the light at 59th and Fifth. Customers queue across the street at the Apple store while attempting to purchase the latest iPhone. Tourists hustle in and out of the park and to and from their hotels on Central Park South. Meanwhile, fashionistas dart in and out of Bergdorf’s among crowds gazing and snapping selfies with the store’s latest window displays. Just another day of sensory overload in NYC.

Stimuli in every nook and cranny has its drawbacks, even for big city dwellers who thrive on excitement and require daily motivation. In fact, overstimulation can contribute to mental health issues, and negatively affect mood and disposition, so it’s nothing to ignore.

If you love New York and want to build a life here but don’t think you can handle the number of goings-on, there are some tactics to help you deal with crowds and noise, and reduce sensory overload in the city that never sleeps.

Live in a quiet neighborhood.

The city boasts five big, beautiful boroughs… aren’t we lucky? Midtown Manhattan is the busiest area of NYC and might leave your head spinning if you live there, but you don’t have to. Brooklyn, Bronx, Queens, Staten Island, and tons of other Manhattan neighborhoods offer quieter streets and less frenzy. On the Upper West Side where I live, I can hear birds chirping, and on occasion, I hear nothing at all.

Avoid congested areas, streets, and subways whenever you can.

You might wonder how this one is possible. Well, it’s not always practical to avoid the busiest streets or subway stations if it’s the most direct route, but keep in mind, crowds can take longer to weed through, so sometimes a different street will get you to your destination in the same amount of time.

Avoid the area around 42nd Street, and needless to say, those Times Square subway stations stay packed, so when it makes sense to use the 49th or 50th Street stations, jump at the chance. As a rule of thumb, Eighth Avenue is less crowded than Seventh or Broadway, and Sixth and Ninth are almost pleasant to walk on. Other areas of Manhattan that stay congested include 34th Street/Penn Station, Fifth Avenue in Midtown, the South Street Seaport, 125th Street in Central Harlem, and of course, the 6 train on the East Side.

I’m fortunate to work from home, but I stay in a lot of nights too. Even I, as much as I love this city, need a break at times, so turning to a guilty pleasure like Mozart in the Jungle, Younger, or The Bachelor/Bachelorette (don’t judge) allows me to forget life if only for 30 minutes or an hour. Then I feel refreshed and ready to handle whatever this city throws my way. Don’t feel like you have to be out and about every single night. New York isn’t going anywhere, I promise.

Wear headphones when in crowded places.

Blocking out noise is a way to tune out chaos, crowds, and irrational people. Plus, dealing with the visual aspect of New York rather than the audible part enables you to savor the city while removing yourself at the same time. Win-win.

I don’t know what I’d do without my dog and cat. Animals really do provide almost instant stress relief, and pets, purrs and snuggles go a long way to relax people –– at least for me. 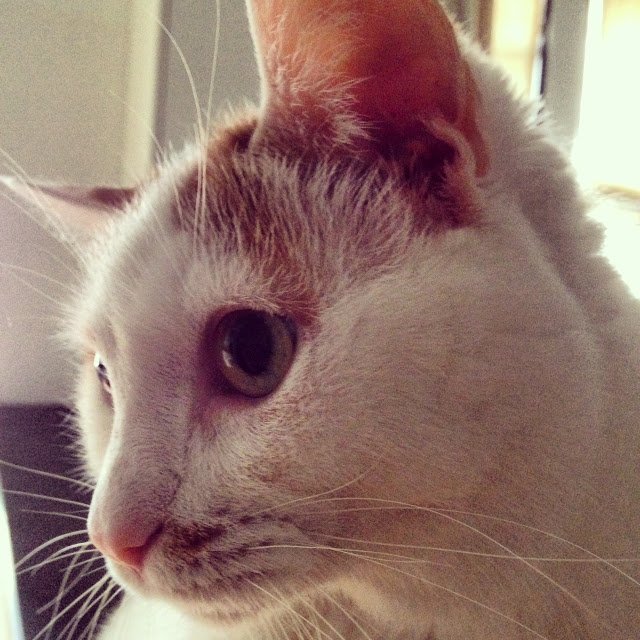 Whether you jaunt to local wineries or travel abroad, getting out of New York is an essential aspect of life here. When you return, the noise, crowds, and overstimulation won’t be as much of an issue, and you’ll appreciate the city that much more. Don’t feel weak or that you don’t love New York because you have to escape regularly. Leaving town is an essential aspect of the NYC lifestyle, and often the key to living in the Big Apple for the long haul.

Grin and bear it, and realize it’s only for a short time.

Yep, there are those times when you can’t reduce sensory overload in NYC, and you’ll have to accept it if only for the time being. That is until you can plug in those headphones, weed through the crowd to a quieter avenue or one New York’s beautiful parks, exit the packed subway train, or make your way back to your apartment. And, that’s okay.

How do you reduce sensory overload in NYC? Please share any tips in the comments!

Also, frustrations with living in NYC. And random acts of kindness.

« I Love NY: Escape for a Long Weekend Upstate
What’s Halloween Like in NYC? »